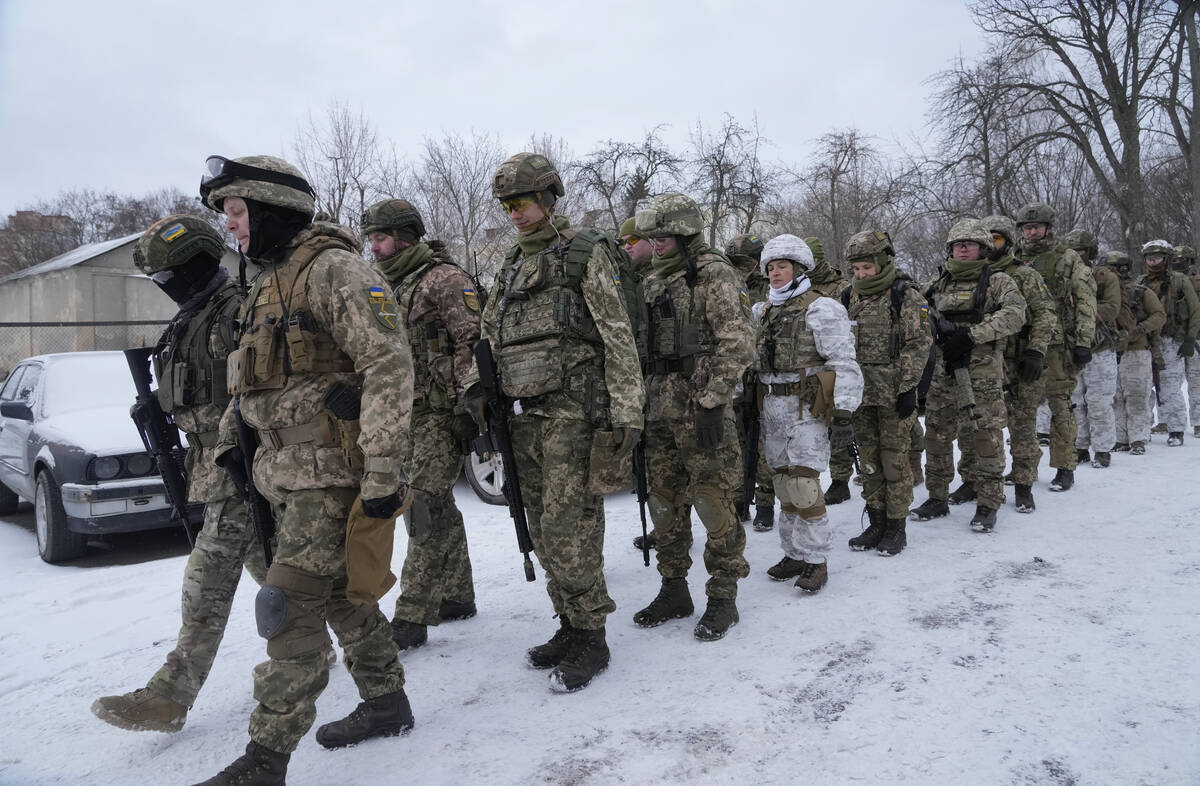 WASHINGTON — The State Department on Sunday ordered the families of all American personnel at the U.S. Embassy in Ukraine to leave the country amid heightened fears of a Russian invasion.

The department told the dependents of staffers at the U.S. Embassy in Kyiv that they must leave the country. It also said that non-essential embassy staff could leave Ukraine at government expense.

The move came amid rising tensions about Russia’s military buildup on the Ukraine border that were not eased during talks Friday between Secretary of State Antony Blinken and Russian Foreign Minister Sergey Lavrov in Geneva.

State Department officials stressed the Kyiv embassy will remain open and that the announcement does not constitute an evacuation. The move had been under consideration for some time and does not reflect an easing of U.S. support for Ukraine, the officials said.

In a statement, the State Department noted recent reports that Russia was planning significant military action against Ukraine. However, the Russian Foreign Ministry has accused NATO countries of escalating tensions around Ukraine with disinformation.

The State Department added: “The security conditions, particularly along Ukraine’s borders, in Russia-occupied Crimea, and in Russia-controlled eastern Ukraine, are unpredictable and can deteriorate with little notice. Demonstrations, which have turned violent at times, regularly occur throughout Ukraine, including in Kyiv.”

The department’s travel advisory, which had warned against traveling to Ukraine because of COVID-19 as well as the tensions over Russia, was changed Sunday to carry a stronger warning.

The travel advisory for Russia was also changed: “Do not travel to Russia due to ongoing tension along the border with Ukraine, the potential for harassment against U.S. citizens, the embassy’s limited ability to assist U.S. citizens in Russia, COVID-19 and related entry restrictions, terrorism, harassment by Russian government security officials, and the arbitrary enforcement of local law.”

The State Department would not say how many Americans it believes are currently in Ukraine. U.S. citizens are not required to register with embassies when they arrive or plan to stay abroad for extended periods.

Russia’s Foreign Ministry on Sunday rejected a British claim that the Kremlin is seeking to replace Ukraine’s government with a pro-Moscow administration, and that former Ukrainian lawmaker Yevheniy Murayev is a potential candidate.

Britain’s Foreign Office on Saturday also named several other Ukrainian politicians it said had links with Russian intelligence services, along with Murayev who is the leader of a small party that has no seats in parliament.

Those politicians include Mykola Azarov, a former prime minister under Viktor Yanukovych, the Ukrainian president ousted in a 2014 uprising, and Yanukovych’s former chief of staff, Andriy Kluyev.

“Some of these have contact with Russian intelligence officers currently involved in the planning for an attack on Ukraine,” the Foreign Office said.

Murayev told The Associated Press via Skype that the British claim “looks ridiculous and funny” and that he has been denied entry to Russia since 2018 on the grounds of being a threat to Russian security. He said that sanction was imposed in the wake of a conflict with Viktor Medvedchuk, Ukraine’s most prominent pro-Russia politician and a friend of Russian President Vladimir Putin.

Murayev’s Nashi party — whose name echoes the former Russian youth movement that supported Putin — is regarded as sympathetic to Russia, but Murayev on Sunday pushed back on characterizing it as pro-Russia.

“The time of pro-Western and pro-Russian politicians in Ukraine is gone forever,” he said in a Facebook post.

“Everything that does not support the pro-Western path of development of Ukraine is automatically pro-Russian,” Murayev told The AP.

He also said he supports Ukraine having neutral status and believes that “striving for NATO is tantamount to continuing the war.” Ukrainian forces and Russia-backed separatists have been fighting in the country’s east since 2014, a conflict that has killed more than 14,000.