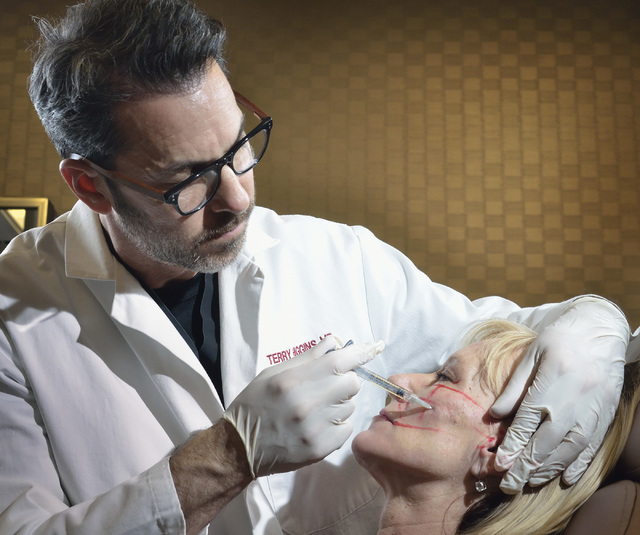 According to Pew Research Center data, the typical baby boomer — someone born between 1946 and 1964 — feels nine years younger than his/her chronological age.

With that mindset, notes Las Vegas plastic surgeon Dr. Julio Garcia, no one should really be surprised that the American Society of Plastic Surgeons reports that the number of boomers 55 and older having cosmetic procedures jumped from 3.3 million in 2013 to 3.9 million in 2015.

“People always tell me they have a lot of energy, but look older than they feel,” Garcia said. “That’s why they come to me.”

In the age group 65 and older, cosmetic procedures — which range from wrinkle-fighting Botox injections to facelifts and tummy tucks — increased 352 percent from 1997 to 2013, according to the American Society for Aesthetic Plastic Surgery.

Garcia said many of his boomer patients — they now make up about half of his practice — cannot retire because of finances or because they choose not to.

“When they’re competing in the marketplace, they don’t want to look tired so they may get an eye- or neck-lift,” he said. “They have solid experience and don’t want to see younger people promoted over them just because they look tired.”

A 2011 study by the Employee Benefit Research Institute found that less than 15 percent of Americans age 50 and older planned to retire by age 70.

“It’s no longer taboo,” he said. “There is a realization we live in a world of first impressions both in business and in romance. … Men looking for a new spouse after a divorce don’t want their stomachs or large breasts.”’

Liposuction on the front of the abdomen, which Garcia says is popular for both males and females, can cost about $5,000. Eyelid surgery, also popular with both sexes, costs about $3,000. Facelifts cost as much as $8,000 with a full tummy tuck about the same price.

Most people use credit plans to pay for the surgeries — insurance doesn’t cover them.

Within two weeks, Garcia says most patients are comfortably back at work.