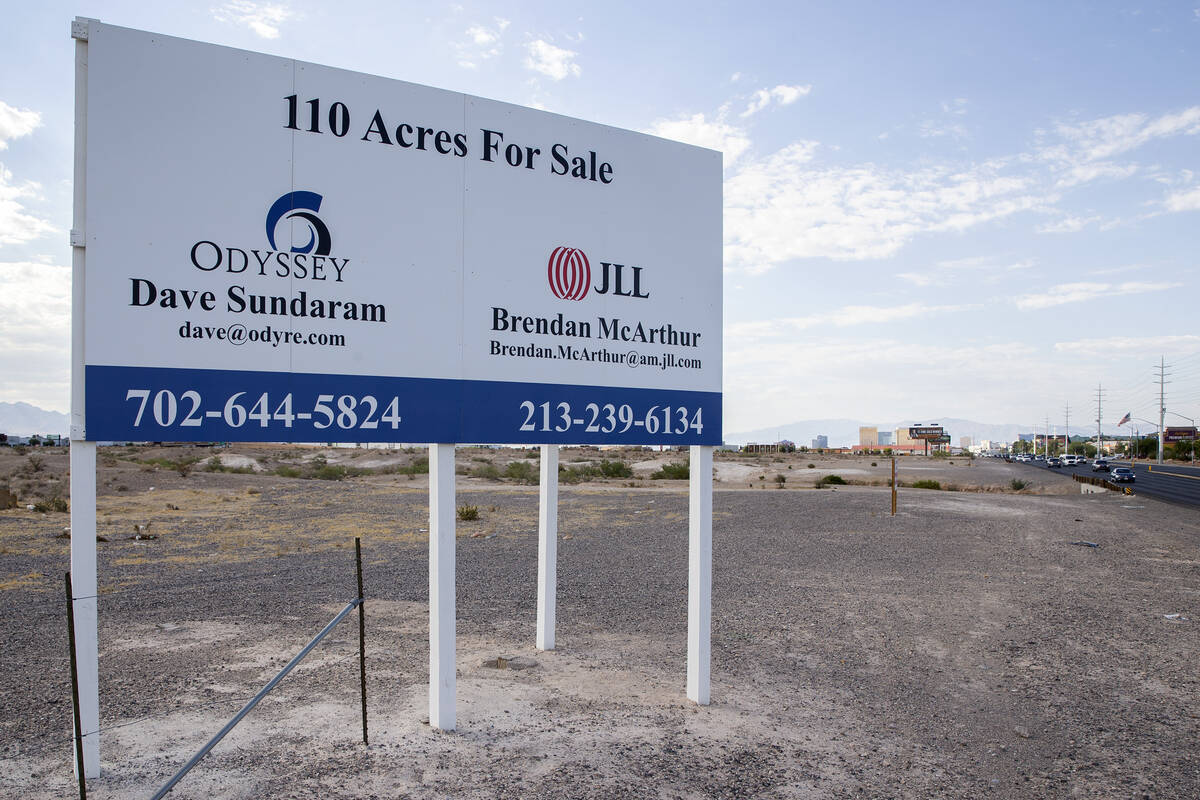 A parcel of land purchased by Brightline West on the west side of Las Vegas Boulevard between Warm Springs Road and Windmill Lane on Wednesday, July 7, 2021, in Las Vegas. Brightline West announced Tuesday the land will be used for a terminal station for the planned high-speed rail line to Southern California. (Ellen Schmidt/Las Vegas Review-Journal) @ellenschmidttt 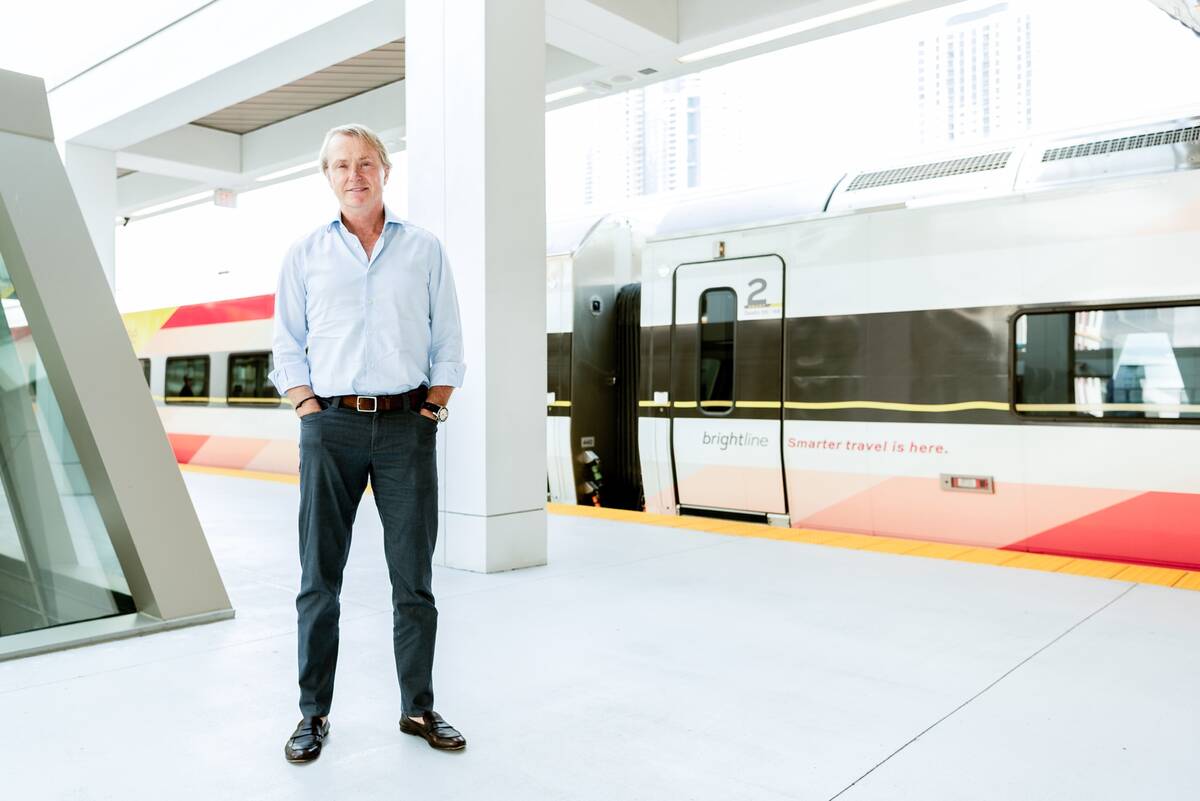 Could 2022 finally be the year construction on the long-discussed high-speed train between Las Vegas and Southern California gets underway?

Wes Edens, co-CEO of Fortress Investment Group, which owns the high-speed passenger rail line Brightline through an affiliate, thinks so.

Edens said he expects to break ground on the project by the end of the year. This claim has been made before, but with plans to extend the rail line into Los Angeles now in place and the approval process moving forward, Edens said this time is for real.

“We’re really at the 1-yard line,” Edens told the Review-Journal, “in terms of pushing over the top.”

Edens knows this project has been ongoing for over a decade but he said the most significant strides have been made since Brightline came into the mix, getting it close to shovel-ready.

“Starting with Tony Marnell and his family, they’ve been working on this for the last 10 to 15 years. It’s been a long time,” Edens said. “We’ve been directly involved in the project the last couple of years. I view the progress that we’ve made from when we started until now to be phenomenal.”

The billionaire businessman noted the company now has the right of way in and around Interstate 15 for the project, which would extend from Las Vegas to Rancho Cucamonga, California, where passengers can connect to Los Angeles via the Metrolink rail system.

“A train system that was originally thought to be Vegas to Victorville, in the middle of the desert, to now, all the way to L.A.,” Edens said. “I think that is a game-changer.”

That extension didn’t come easily, and Edens credited politicians and transportation officials from Nevada and California with making it happen.

The Federal Railroad Administration is in the process of approving the environmental review and permitting for the 49-mile extension between Victor Valley and Rancho Cucamonga. That process is expected to be completed by Nov. 30, according to the FRA.

The FRA notes trains on the system will reach speeds of up to 180 mph and the project will include four train stations: in Hesperia, California; Rancho Cucamonga; Victorville, which will feature the maintenance yard; and Las Vegas. The Southern Nevada station is planned to be built on Las Vegas Boulevard at Warm Springs Road.

Trains on the system are expected to operate on 45 minute-intervals between Rancho Cucamonga and Victor Valley with trips between the two destinations taking about 35 minutes, the FRA background material states.

The full line between Las Vegas and Los Angeles will be 260 miles long with the trip between the two cities — on zero-emission electric trains — expected to take about 3 hours. The project’s cost has been pegged at about $8 billion.

Brightline previously applied for private activity bonds from Nevada and California to cover a portion of the funding. Nevada awarded Brightline $200 million and California $600 million. Brightline also received $1 million from the U.S. government to be used toward the project.

Under IRS guidelines, Brightline would be able to market the tax-exempt bonds from the two states for up to four times their amount, or $3.2 billion. Brightline did market the bonds in late 2020, before pulling the offering because of what it said were poor market conditions brought on by the COVID-19 pandemic.

Edens said that while nothing is final, he envisions some portion of the project still will be financed through private activity bonds.

Funding from the bipartisan infrastructure bill signed into law last year by President Joe Biden could also boost funding for Brightline’s project. Edens said it’s still unclear just how much that could be.

“We think it could potentially be a big positive for us,” Edens said. “They haven’t released the rules yet on applying for it. The latest I’ve heard is that they expect to release that sometime in the middle of the year. When we see that, that works well in the project and the timeline we’re contemplating.”

Edens said a significant investment in the nation’s infrastructure was long overdue, adding, “I can’t think of a more shovel-ready project in America than this one, or a more environmentally friendly one.”