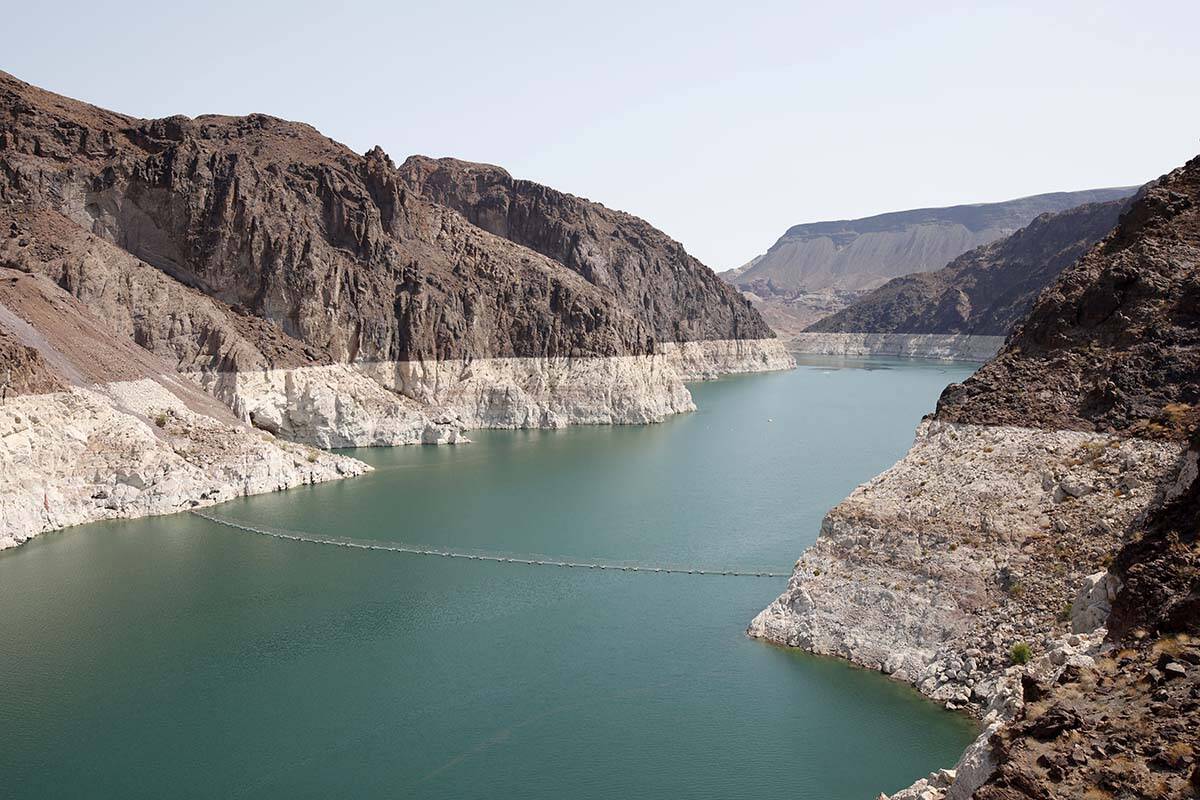 States in the lower Colorado River basin are developing a $100 million plan that will leave more water in Lake Mead over the next couple of years.

The goal is to keep the lake from hitting a critical level that would leave the reservoir more vulnerable to rapid decline.

“You don’t have much of a buffer left to deal with that (rapidly declining water level) if you have a bad year of runoff in the system,” said Tom Buschatzke, director of the Arizona Department of Water Resources.

The negotiations between Nevada, Arizona, California and the U.S. Bureau of Reclamation for additional reductions in water use come just months after the federal government declared Lake Mead’s first water shortage. That declaration forces Nevada and Arizona to take cuts to their allocation of water next year.

The water level projections that led to those cuts also triggered a provision in a 2019 drought response agreement that forces the lower basin states to discuss ways to prevent the lake from falling below an elevation of 1,020 feet, Buschatzke said.

As of Thursday, the water level was just below 1,066 feet. Lake level is measured in elevation above sea level, not depth.

During the consultation period, Nevada and Arizona conducted modeling that showed consumption of Lake Mead’s water will have to be reduced by 500,000 acre-feet annually through 2026 to stay above 1,020 feet.

One acre-foot is about what two Las Vegas Valley homes use over the course of 16 months. Last year, Southern Nevada used about 250,000 acre-feet.

The states have not finalized how they will reach the 500,000 acre-foot goal for the next two years, but Buschatzke said the preference is voluntary conservation over forced cuts.

He said the effort is going to cost about $100 million, with his department committing $40 million. Next week, the Southern Nevada Water Authority board is scheduled to consider approving the use of $20 million over the next two years to continue fighting lake level decline.

One way to meet the conservation goal is to pad reserves and keep them in the lake through 2026. The states are also looking at leaving reserves in the lake that were scheduled to be released next year.

Buschatzke said the federal government could also look at making delivery of water to the lower basin more efficient.

Another path is new system conservation, a process of making water use more efficient and using the saved water to bolster Lake Mead’s elevation. A portion of Southern Nevada’s spending may go toward this, a spokesman said.

The federal guidelines that govern water cuts along the Colorado River were implemented in 2007. In 2019, the lower basin states finalized a deal to voluntarily cut water use to stave off continuing declines of Lake Mead.

These new negotiations would contribute even more water to Lake Mead than what is outlined in the existing agreements.

“This plan builds upon the Drought Contingency Plan and other programs with our Colorado River partners that are keeping Lake Mead levels about 50 feet higher today,” said John Entsminger, general manager of the Southern Nevada Water Authority, in a statement. “While there are still some details to finalize, we expect this will further help protect the lake, and that’s good for Southern Nevada and our river partners.”

Buschatzke said the goal is to finalize the two-year agreement next month, then get to work on filling out the remaining three years of the plan.