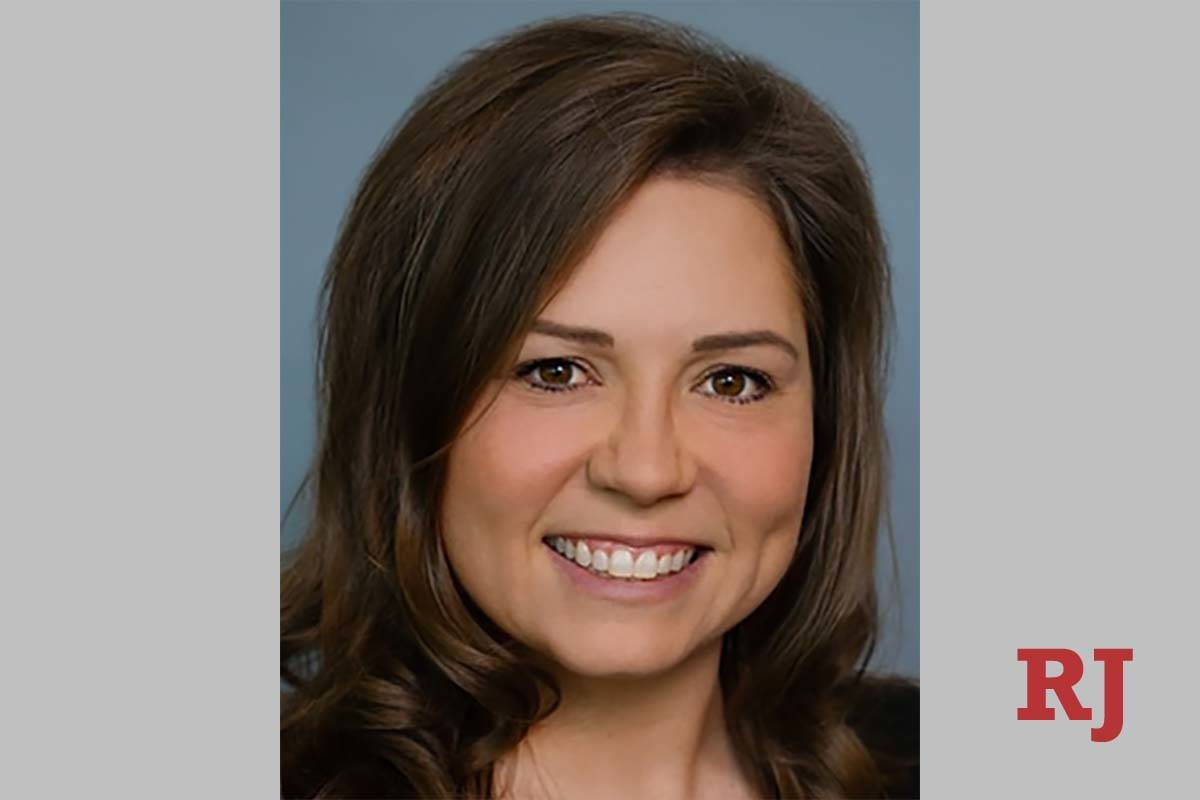 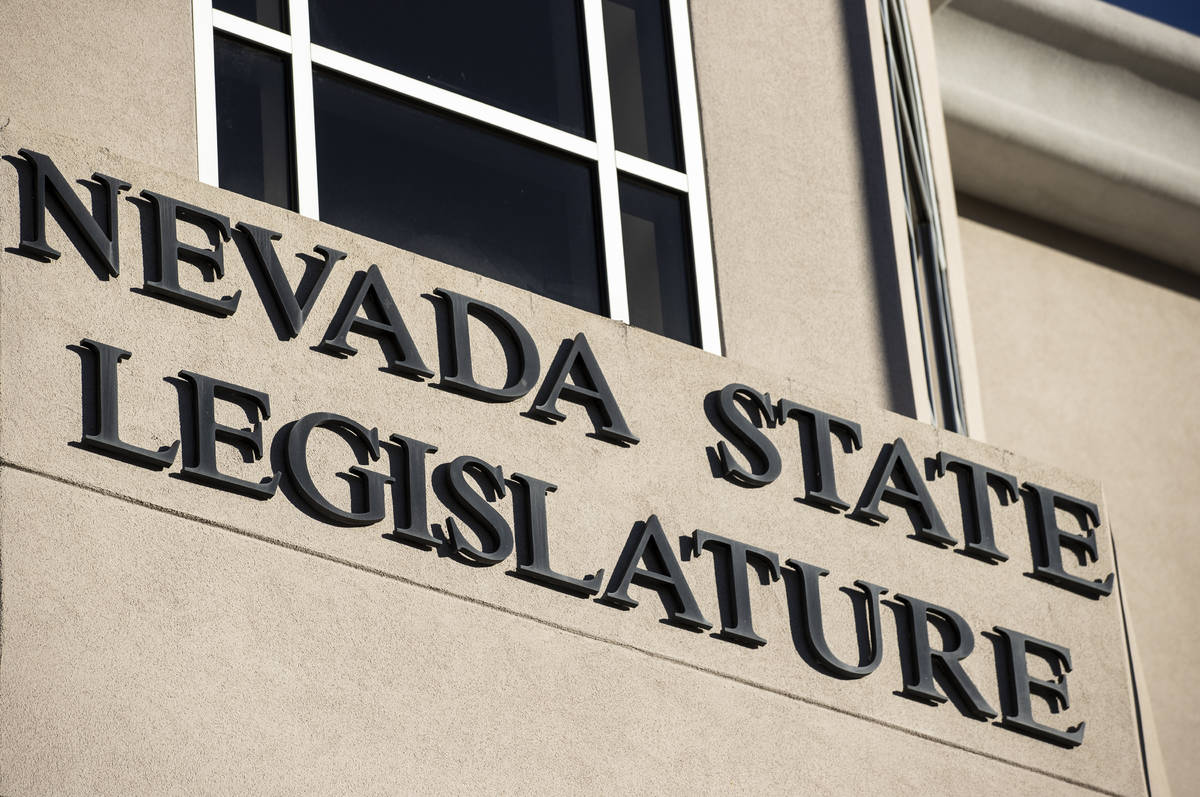 CARSON CITY — As bills moved haltingly through the Legislature on Thursday ahead of an end-of-week deadline for passage, the Assembly voted along party lines to sanction one of its own for flouting house rules on mask-wearing and social distancing on the floor.

The censure, which muzzled the offending lawmaker and blocked her from voting but did not remove her from chambers, came amid votes to decriminalize routine traffic tickets and limiting the use of no-knock warrants in the Assembly. The Senate convened but went into an extended afternoon recess until early evening.

The vote on sanctioning Assemblywoman Annie Black, R-Mesquite, followed remarks the firebrand first-term lawmaker made on the floor Tuesday, removing her mask and challenging continued use of them in the Legislature in the wake of relaxed guidance issued by the Centers for Disease Control and Prevention.

Black has agitated over pandemic restrictions during the session, pushing back on social distancing guidance and other limitations that saw the legislative building closed to the public for most of the session.

A standing Assembly rule requires unvaccinated members to wear masks and practice social distancing in common areas, committee rooms or chambers when in the presence of others. Under the rule, those found in breach “shall not vote or speak on the floor or committee except to explain and apologize for the breach.”

Black has refused to say whether she has been vaccinated and has claimed the CDC is using the guidance “to coerce people into getting the jab.” Black initially remained in chambers after the 26-16 party line vote against her, sitting maskless at her legislative desk, but was absent from an afternoon session.

Another Republican lawmaker, Assemblywoman Jill Dickman, R-Sparks, said she was “escorted” off the Assembly floor before the start of session for not wearing a mask.

Dickman has also not disclosed her vaccination status, saying in a tweet she would “refuse to share my private med info, particularly with politicians.”

She participated in the day’s session remotely.

The state Republican Party later issued a statement defending the actions of both lawmakers, accusing the majority Democrats of “playing politics” with pandemic rules “even after the release of more sensible CDC guidelines.”

The two houses began the day with more than 220 bills scheduled for votes and neither chamber completed its full calendar. Friday is a deadline for most remaining bills to pass in both houses; about 225 bills are exempt from that deadline.

The Assembly approved Assembly Bill 116, a long-sought reform that would decriminalize traffic tickets in the state, reclassifying them as infractions with civil penalties instead of misdemeanors. It passed 38-1 and now moves to the Senate.

Also passing in the Assembly:

■ Assembly Bill 358 changes Medicaid eligibility rules for prison inmates, suspending rather than terminating their eligibility during incarceration and requiring that eligibility and coverage be reinstated as soon as possible after their release. It passed 39-2 and moves to the Senate.

■ Senate Bill 50 would limit the issuance of no-knock warrants to law enforcement except to protect public or officer safety or prevent destruction of evidence. The bill passed unanimously, as it did previously in the Senate.

The Senate convened at 7 p.m. and worked through about half their scheduled agenda, passing the following bills among others:

Assembly Bill 42 responds to a 2019 state Supreme Court decision by providing for jury trials in misdemeanor domestic violence cases where weapons possession is at stake. The vote was 19-1. It passed earlier in the Assembly, 32-10.

Assembly Bill 88 would ban the use of racially discriminatory school mascots, place names and other racist harbingers including municipal sirens that formerly signaled when nonwhites had to be out of town.

Assembly Bill 109 would require 80 percent of teachers in a charter school to be licensed, up from 70 percent. It passed the Senate on a 12-8 party line vote; the Assembly vote was 31-9.

Assembly Bill 141 would automatically seal records of summary evictions for non-payment of rent during the COVID-19 pandemic emergency. It passed on a party line vote, 12-8. The vote in Assembly was also on party lines, 26-16.

Assembly Bill 158 reduces penalties for underage use and possession of marijuana or alcohol. It passed unanimously, as it did in the Assembly.

In action late Wednesday, the Senate Legislative Operations and Elections Committee approved a resolution that calls for a special committee to study of so-called innovation zones, which would allow private companies that purchase land to create their own local governments.

Senate Concurrent Resolution 11 calls for a study of the idea, with monthly meetings until December, when the study committee will submit a report to Gov. Steve Sisolak recommending no action, a bill in the 2023 Legislature or a bill to be considered at a special session before then.

Sisolak championed the idea in his state of the state address in January, but it ran into trouble in the Legislature, with opposition from his fellow Democrats to the concept, despite a high-profile campaign to push the idea. The company Blockchains LLC purchased 67,000 acres in Storey County intending to build a “smart city” based on blockchain technology.

The resolution must be approved by the full Senate and the Assembly.

Also Wednesday, the Senate approved Senate Bill 292, which would allow for straight-ticket voting at the ballot box in partisan elections. It passed on a 12-9 party line vote, Democrats in favor.