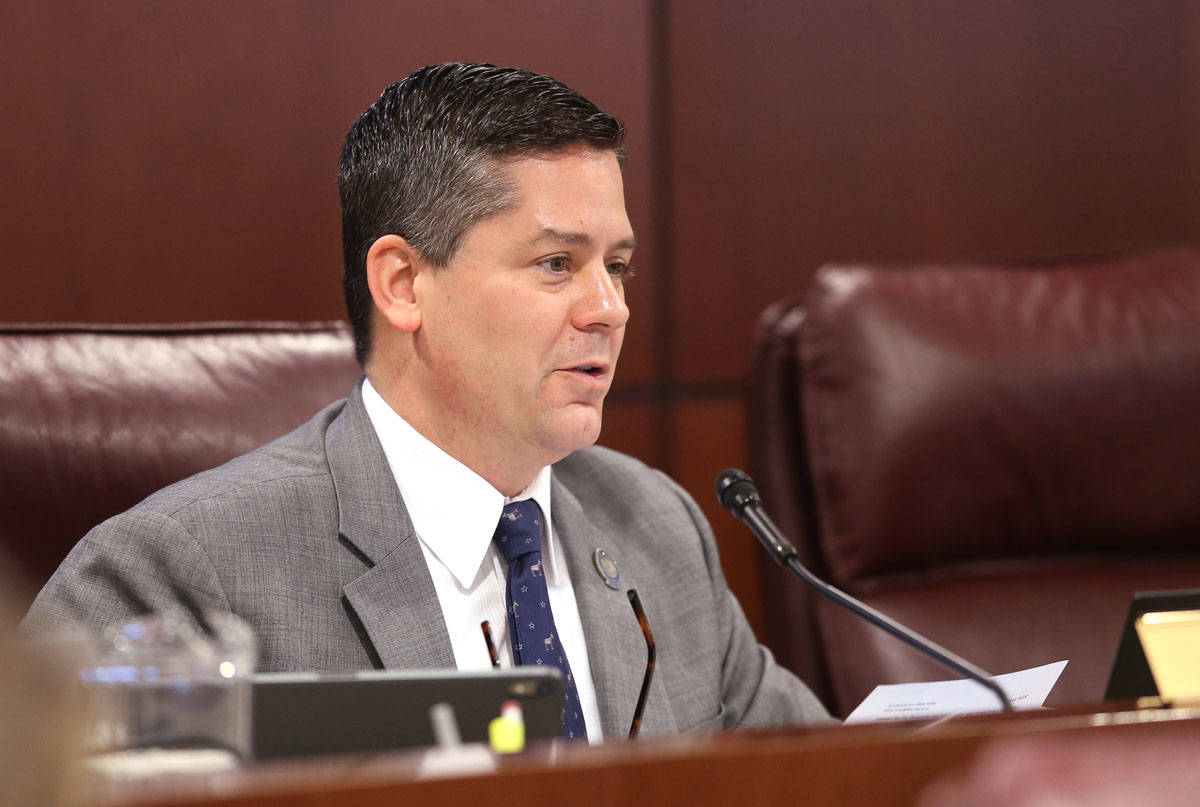 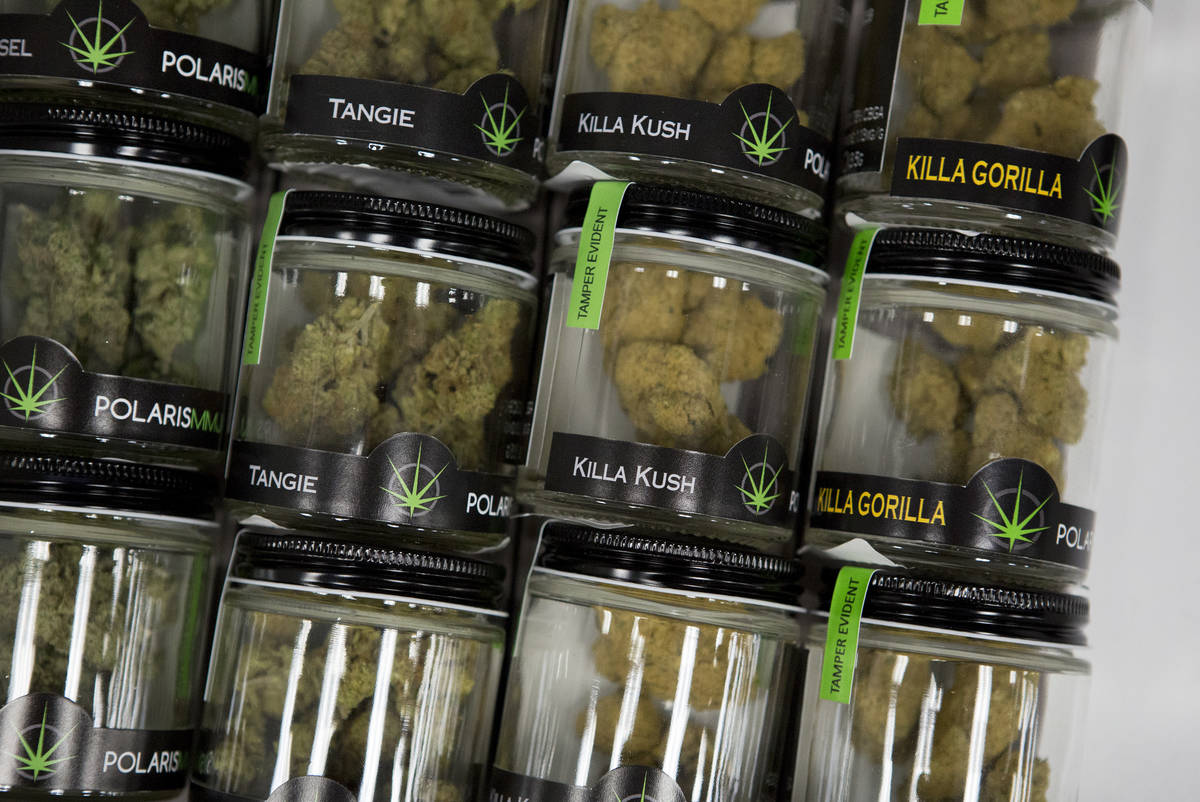 CARSON CITY — State lawmakers on Friday fired up their first hearing for a bill that would allow bar-like marijuana consumption lounges to operate in Nevada.

Supporters of the Assembly Bill 341, including sponsor Assemblyman Steve Yeager, D-Las Vegas, said that it would address one of the key issues that has faced Nevada’s cannabis industry since legal sales began in 2017.

While it’s legal to buy, the only place to consume marijuana legally is in a private residence — and hotel rooms don’t count as resorts have banned consumption of cannabis over fears of running afoul of federal law.

That means tourists as well as many local residents who rent or live in federally subsidized housing have no place where they can consume the legal product without breaking the law.

The bill “ultimately decriminalizes consumption by finally providing a public policy that allows for it,” Yeager told the Assembly Judiciary Committee during a hearing Friday.

There would be flexibility in what those lounges would look like under the proposal. Lounges could be attached to currently-licensed dispensaries, operate as standalone bar-like businesses where customers buy single-use products and consume them on-site, or even be another business type, such as a restaurant, yoga studio, massage parlor, comedy club or concert venue, that allows consumption within its doors.

But Yeager and other supporters of the bill pointed to the social equity aspect of the proposal as one of the big drivers behind the renewed push for social use venues. Under the bill, regulators would have to give more weight to applicants from communities that were disproportionately harmed by the war on drugs.

“Without intentional policy to drive inclusion, diversity and equity in the ownership and executive level, leadership will remain lacking,” said Nicole Buffong, state director for the advocacy group Minorities for Medical Marijuana and the director of medical voices for the Chamber of Cannabis, a nonprofit organization focused on diversity and social justice within the marijuana industry.

“Social use lounges will build a new sector of diverse owners and operators, which is critical in creating generational wealth within disadvantaged communities,” Buffong added.

The ownership and executive-level positions in Nevada’s marijuana industry are dominated by white men, according to a survey conducted by the Cannabis Compliance Board, with 63 percent of marijuana license owners who responding identifying as white, compared to just 5 percent who were Black, 12.8 percent who were Hispanic or Latino, 6.3 percent who were Asian, and 2.5 percent who were American Indian or Alaskan Native. More than 10 percent chose not to answer the question.

That racial disparity was even greater for people who serve on the executive boards or boards of directors for cannabis companies, where 77 and 74 percent of respondents identified as white, respectively.

“We must find better ways to be more inclusive to veterans, disabled members of the community, BIPOC (Black, Indigenous and people of color) communities and those disenfranchised by the war on drugs,” said Christina Thomas, the director of veterans voices for the cannabis chamber.

Thomas said the bill is “a great first step towards achieving these goals that will positively affect my community’s social economic status through these new opportunities in the cannabis industry.”

But some lawmakers on the committee, however, questioned if the bill would actually address the social equity problems within the industry.

Assemblywoman Shondra Summers-Armstrong, D-North Las Vegas, wondered if the legislation’s social equity aspect was more aspirational than intentional. She said that she didn’t see how a model in which a lounge licensee who was not selling the product would be able to earn enough to sustain the business. She said she believes that concept is “destined to fail.”

The committee took no action on the bill. April 9 is the deadline for committees to pass bills or they are considered dead.

The Senate Judiciary Committee on Friday approved Senate Bill 212 on a party line 4-3 vote, sending one of the Democrats’ key police reform bills to the full Senate for a vote.

The bill would require police officers to use de-escalation techniques and, if it could be done safely, identify themselves as law enforcement before resorting to deadly force. It would also require law enforcement agencies to submit data on use-of-force incidents to the state annually and to the FBI.

The attorney general’s office would be required to review that data each year and make recommendations that would be submitted to the governor and Legislature.

Republicans on the committee said they believe that the changes will put additional burdens on police officers in the field.

“I think this is an affront to police and it’s completely unnecessary,” said Sen. Keith Pickard, R-Henderson.

In a hearing for the bill last week, several law enforcement agencies — including the Metropolitan Police Department, Washoe County Sheriff’s Office and Nevada Sheriffs’ and Chiefs’ Association — testified in support of the legislation.