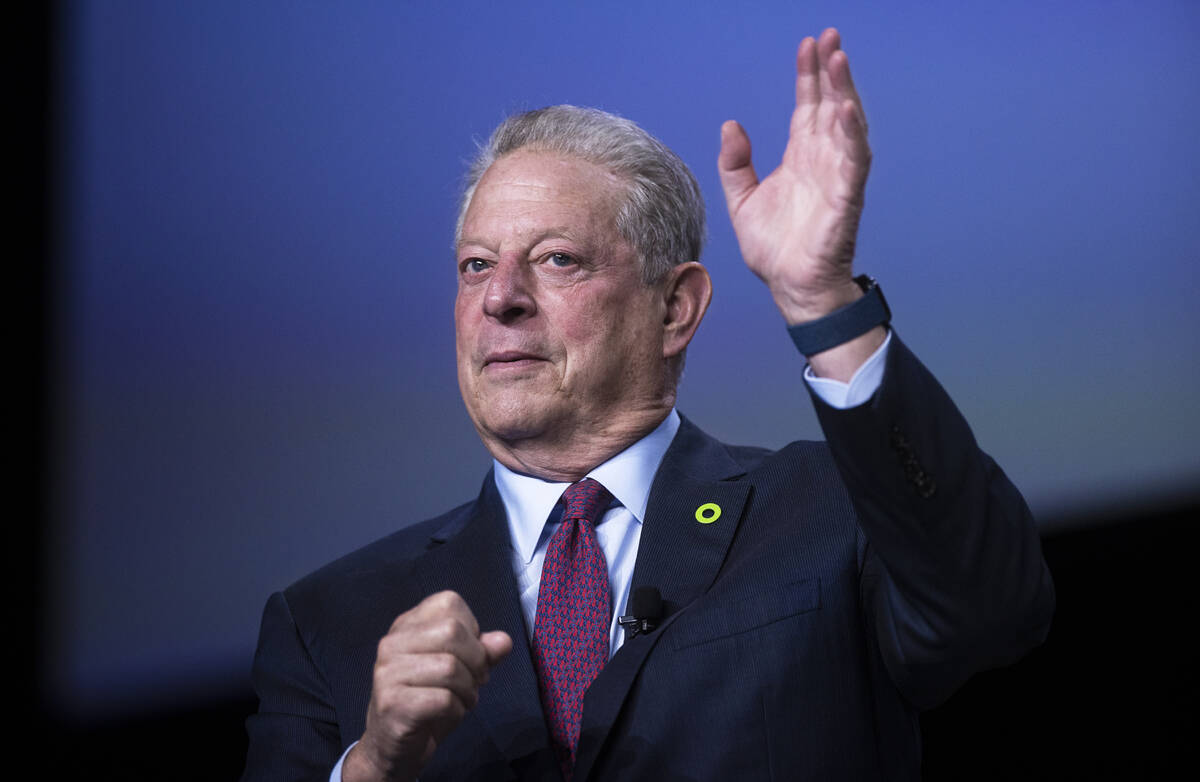 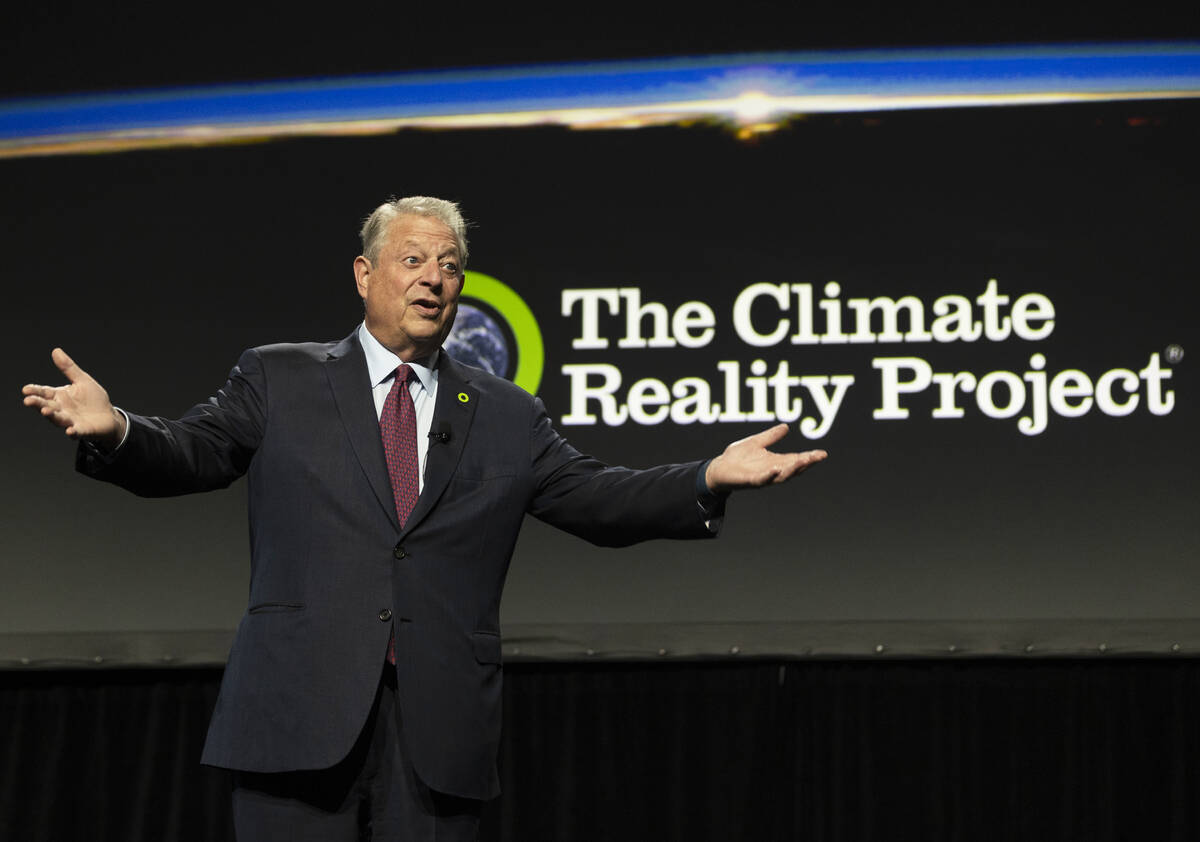 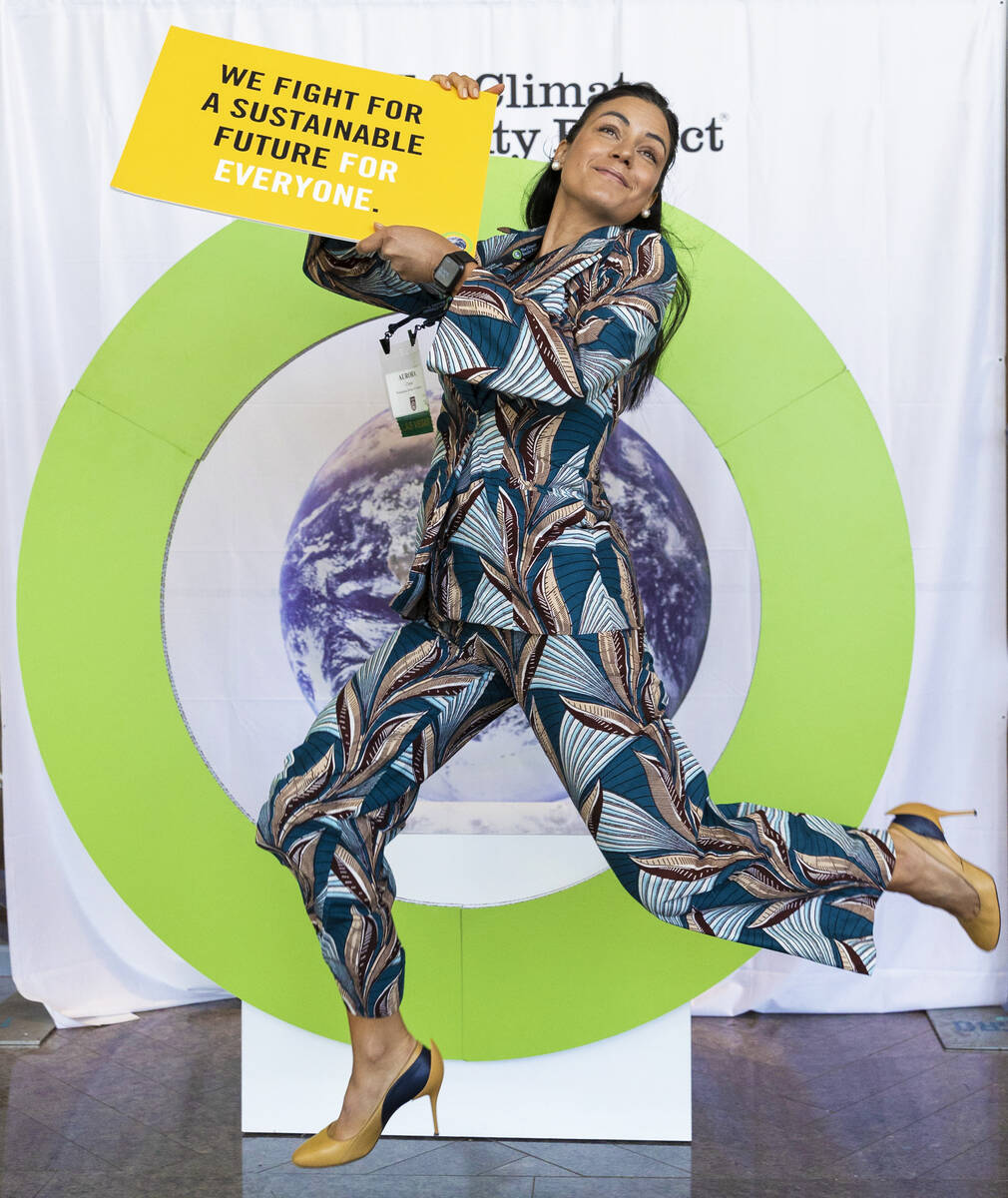 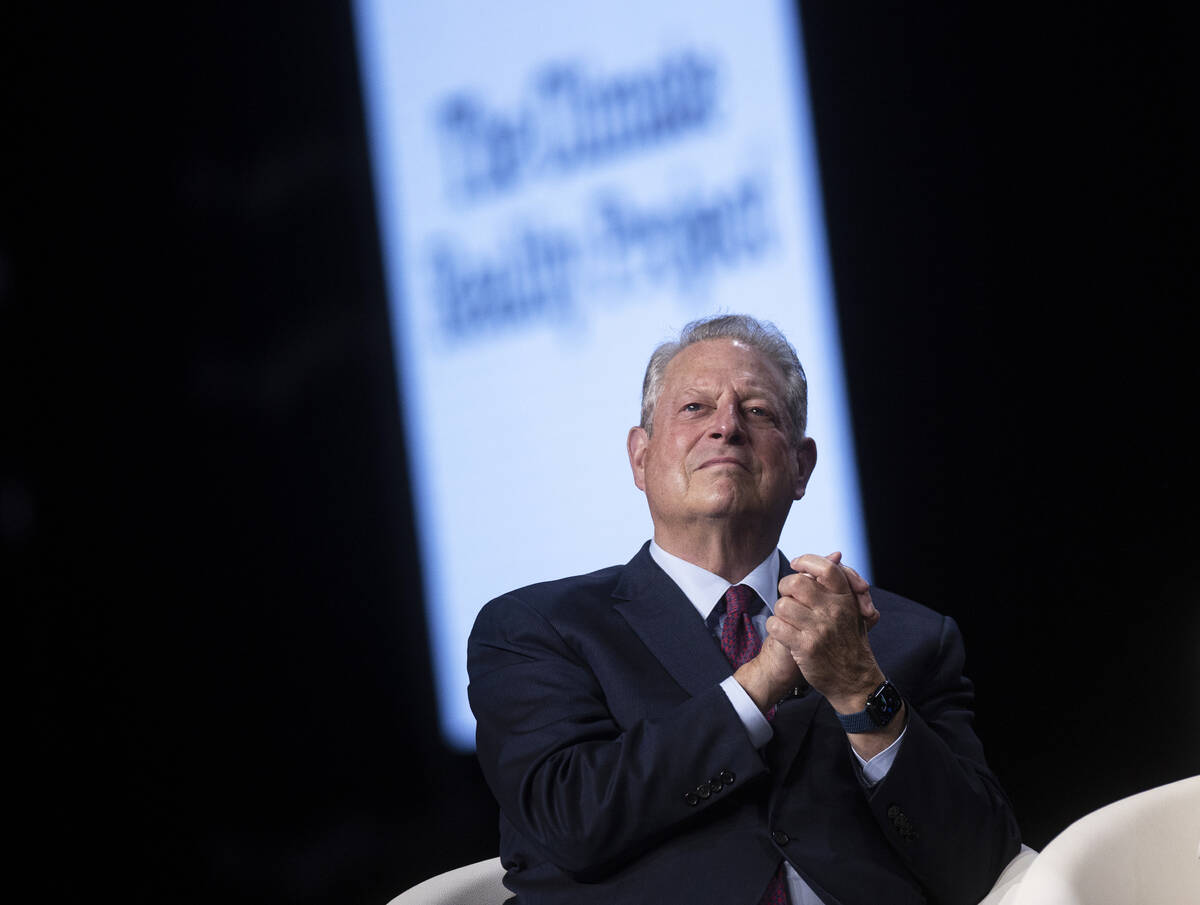 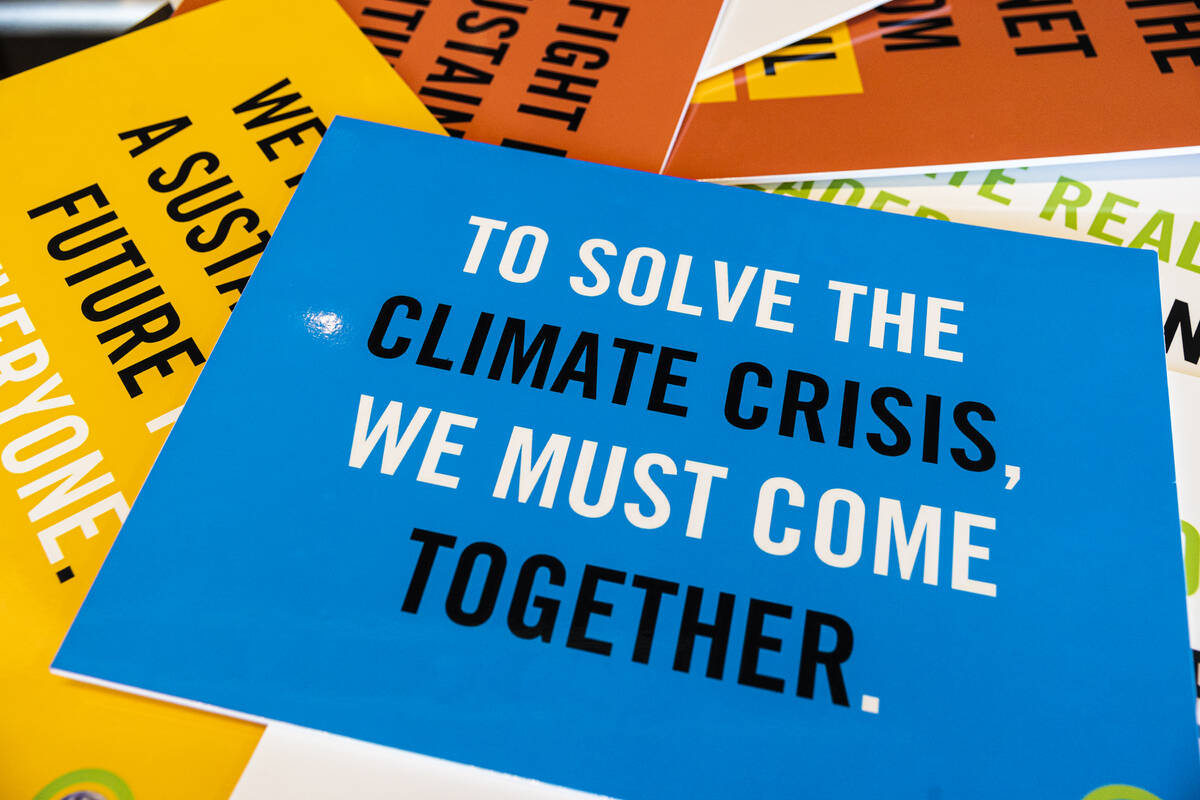 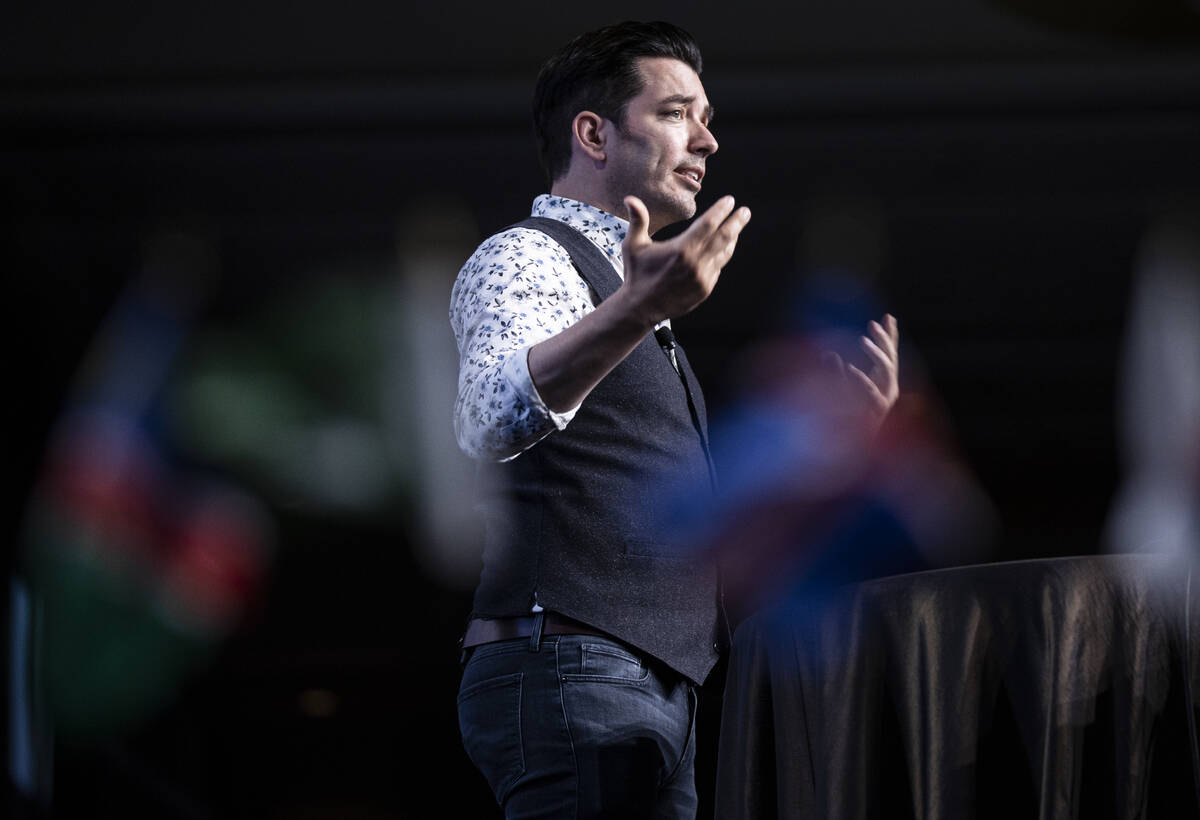 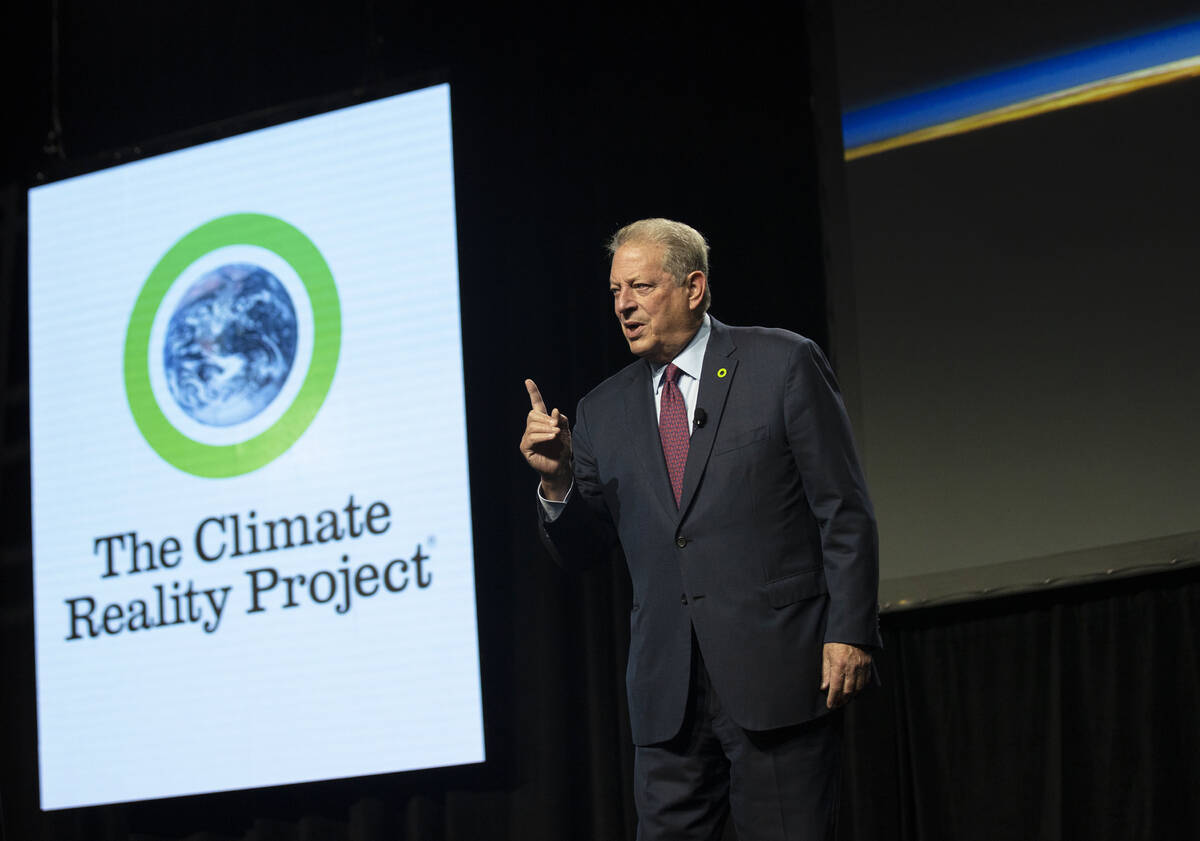 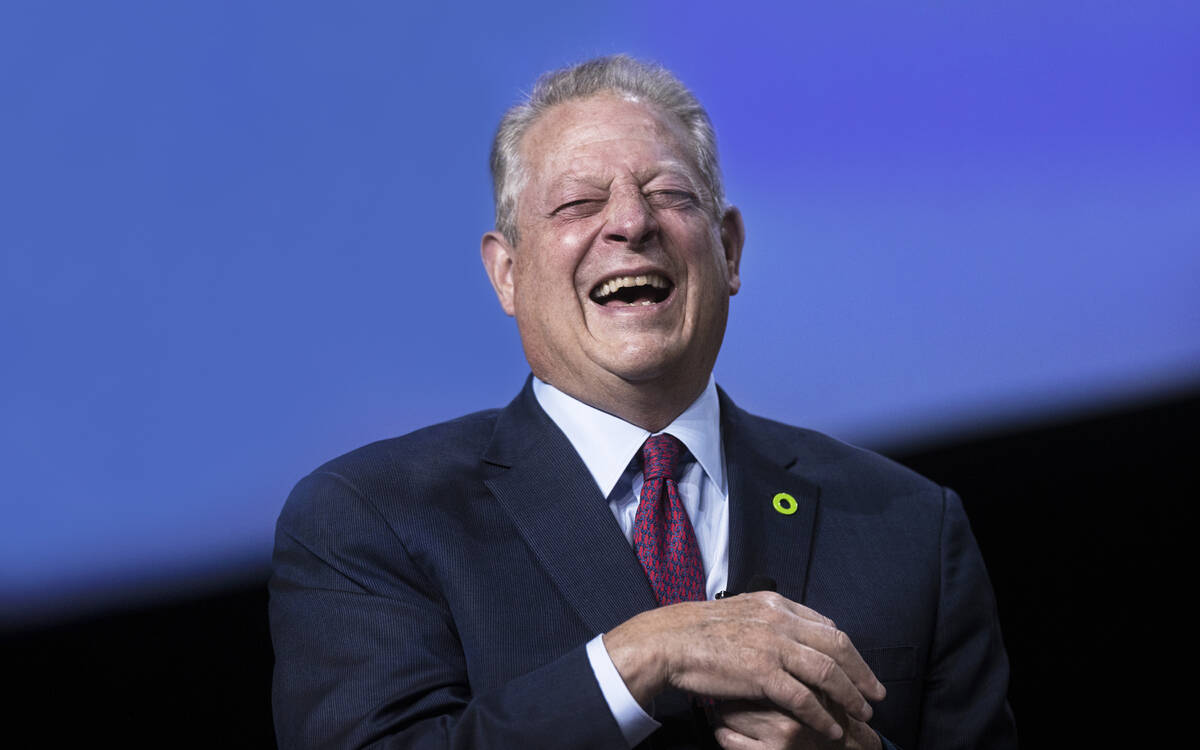 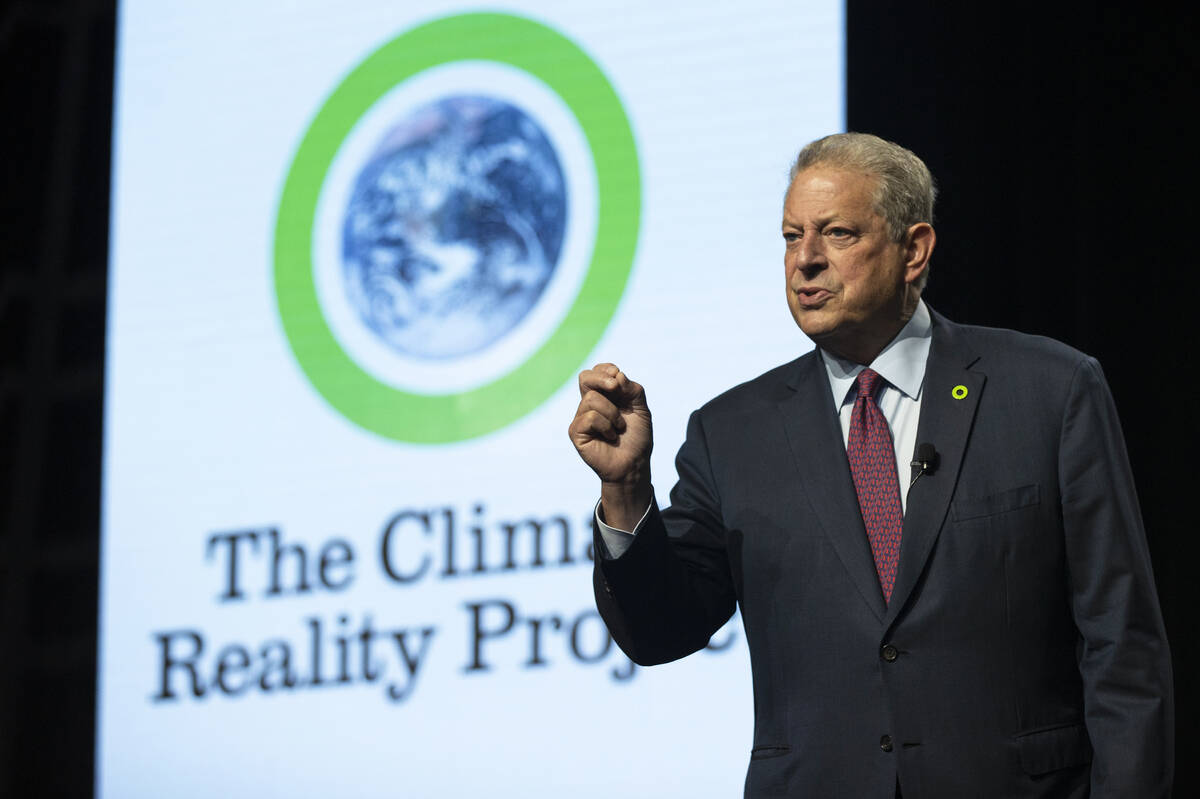 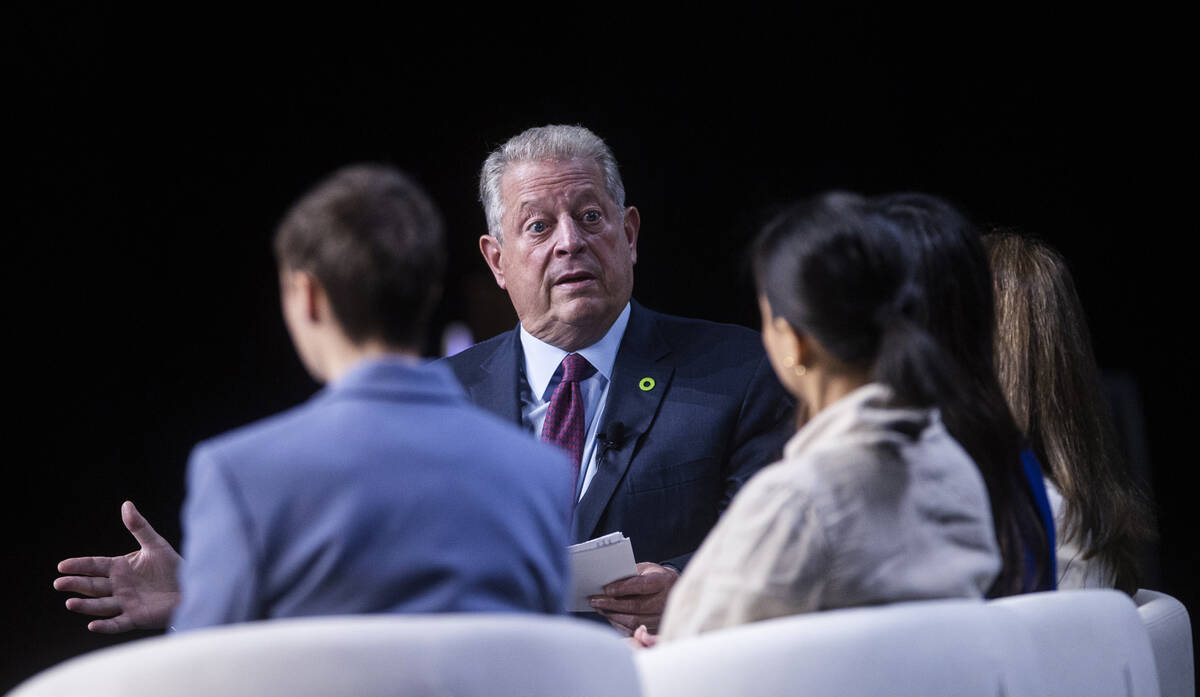 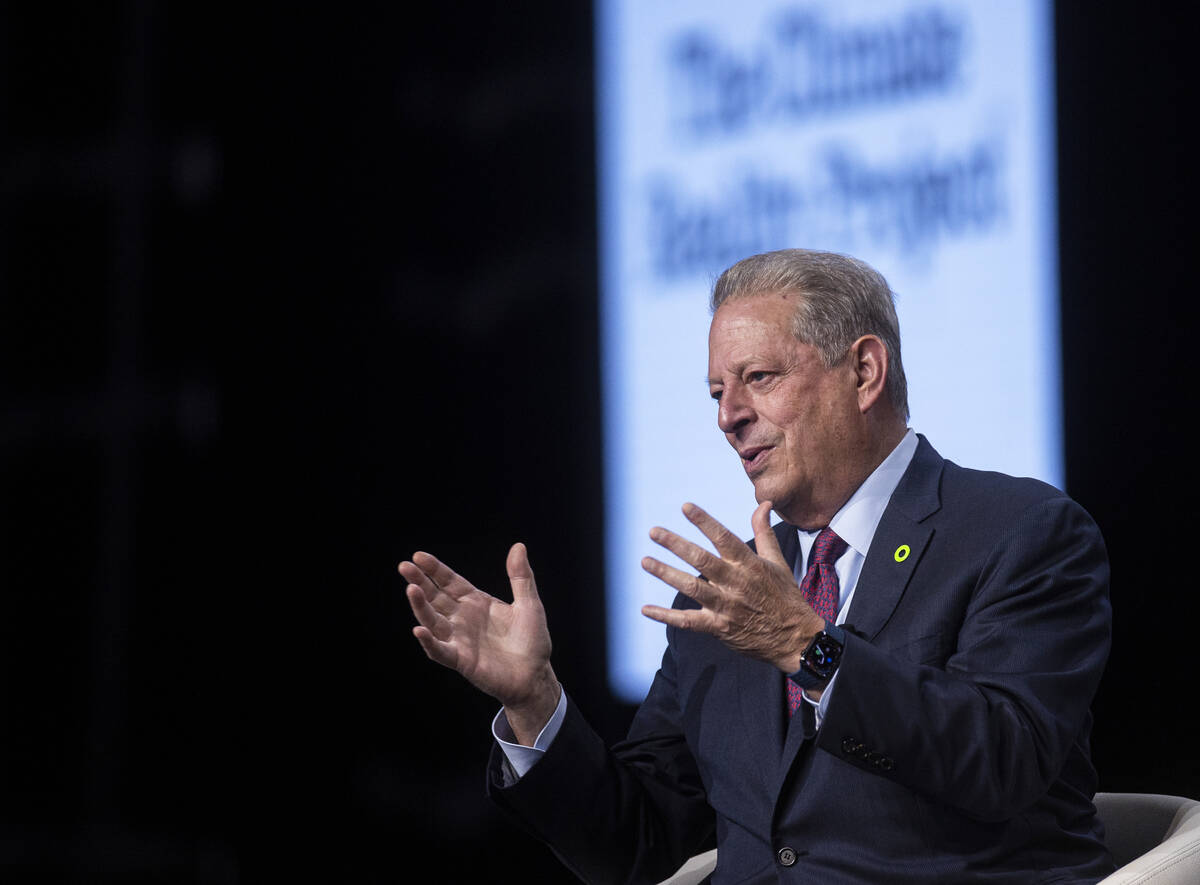 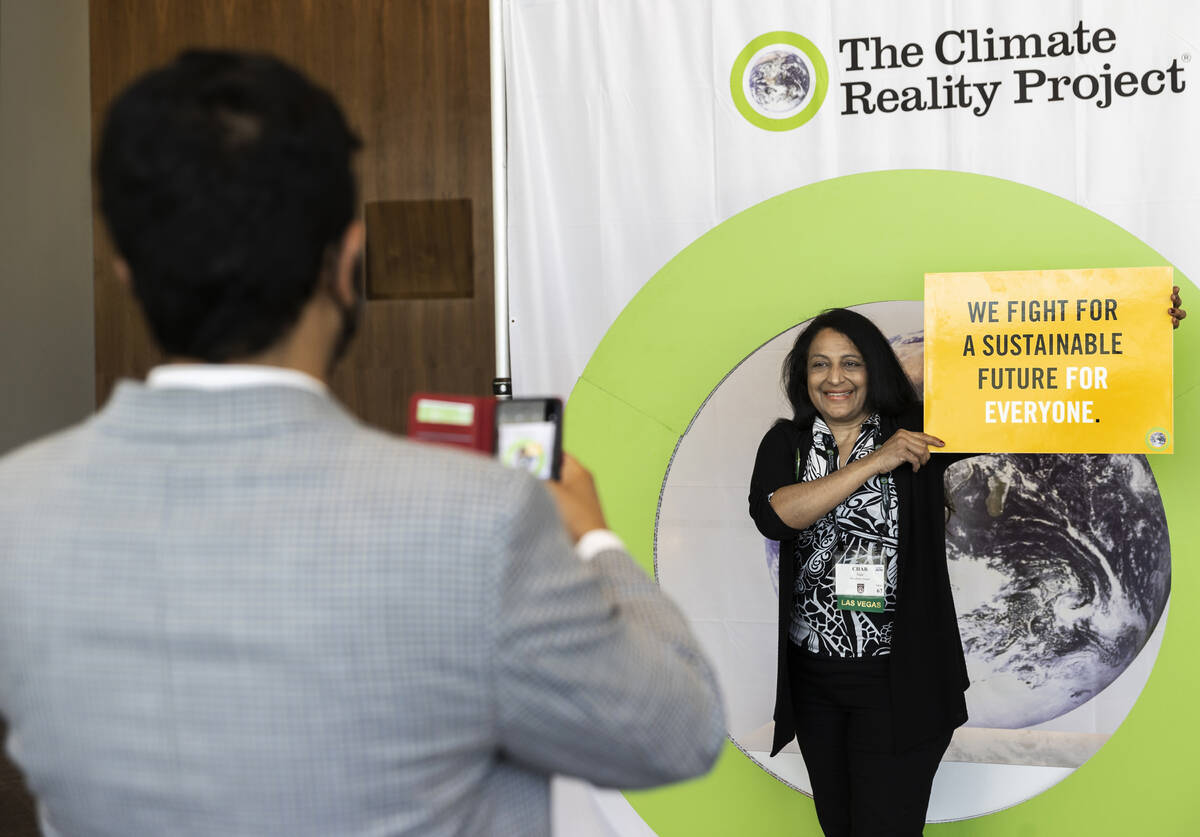 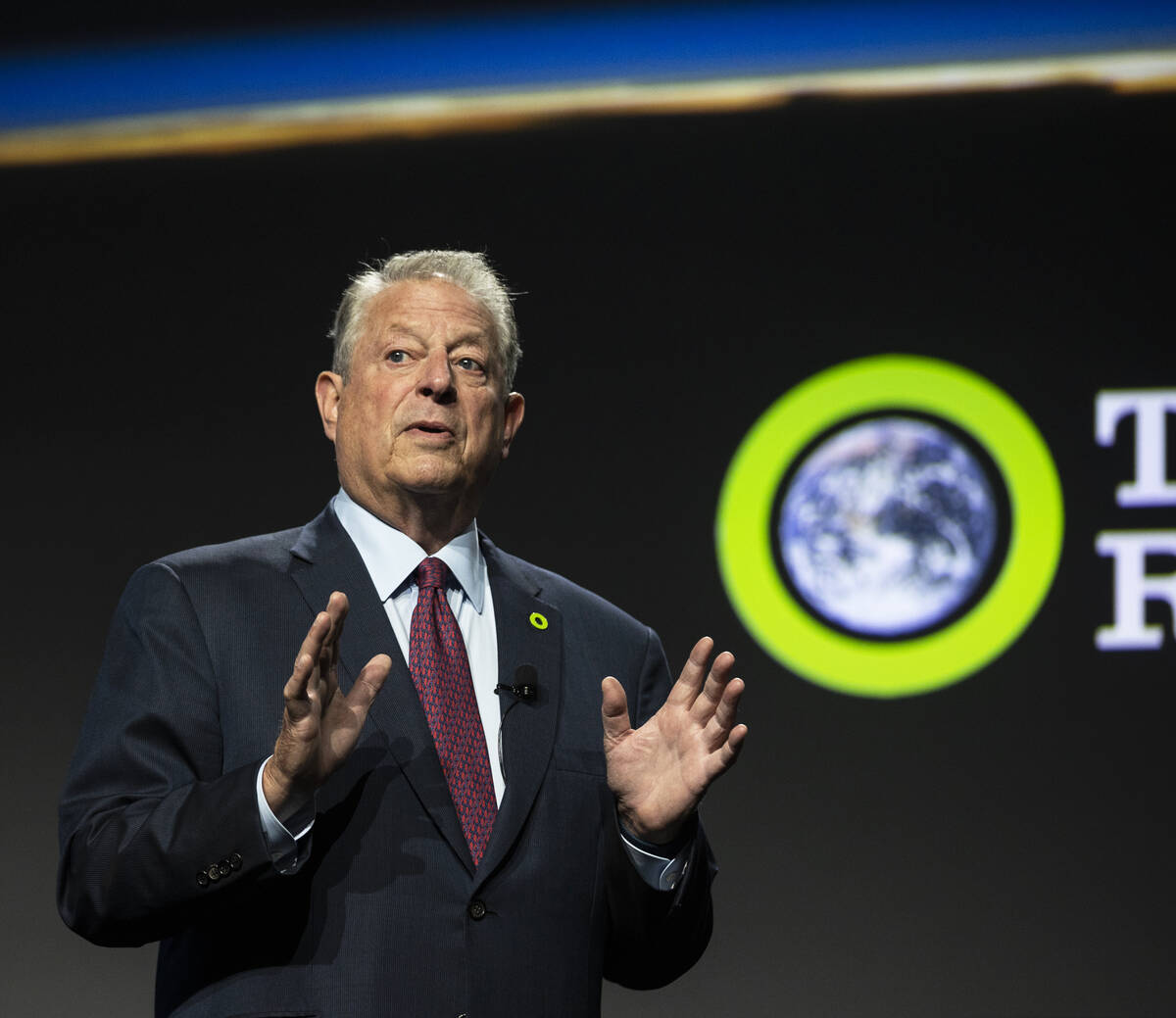 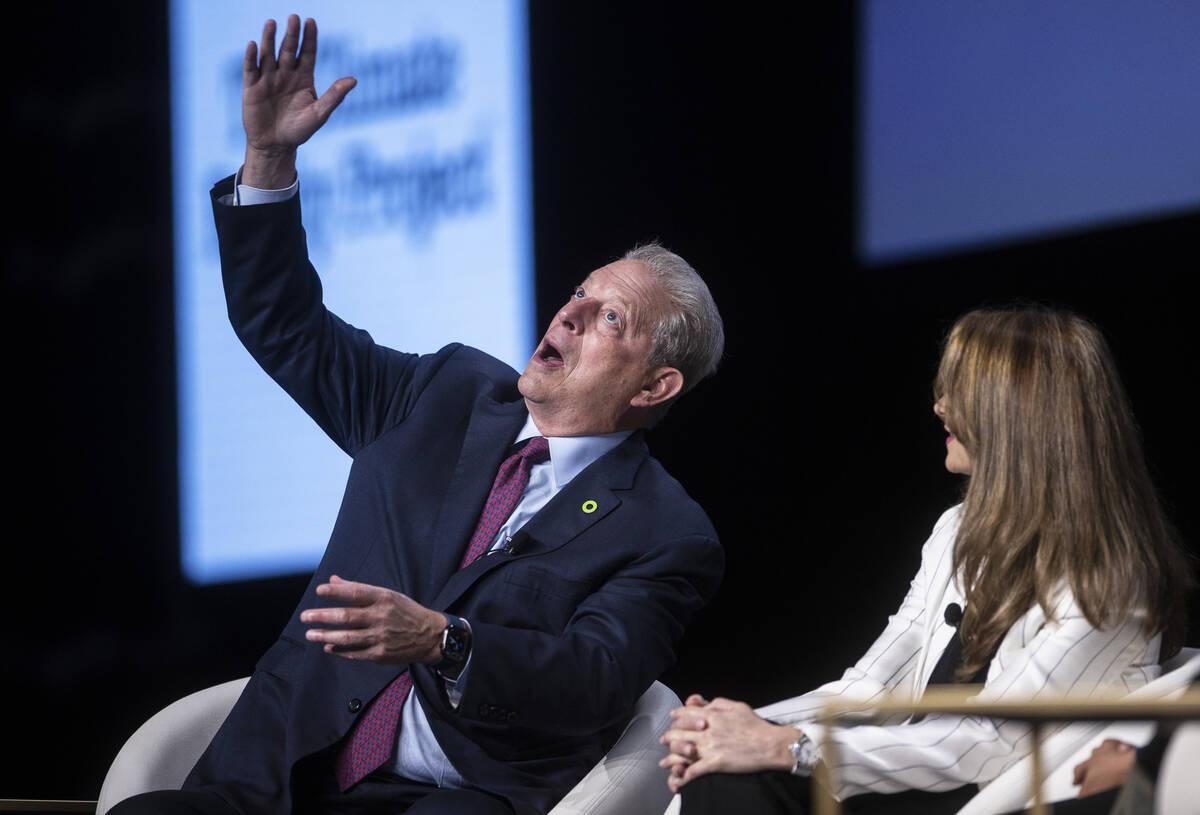 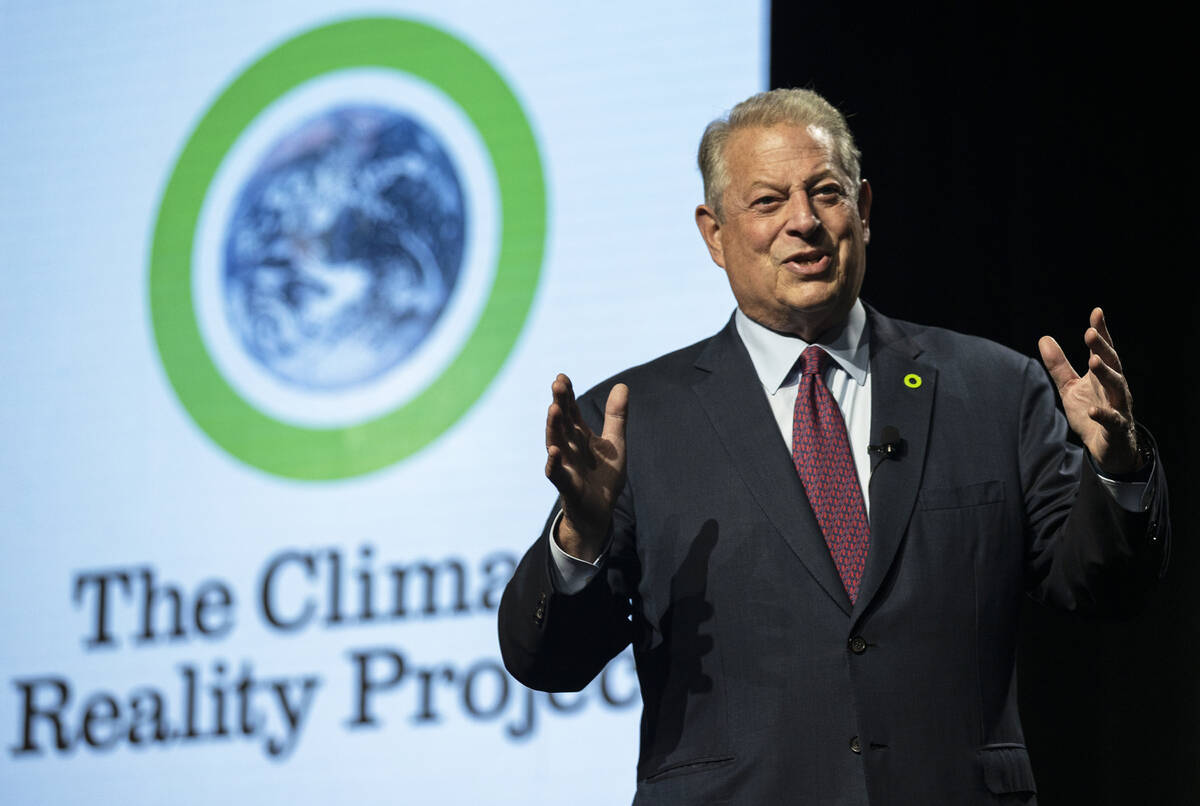 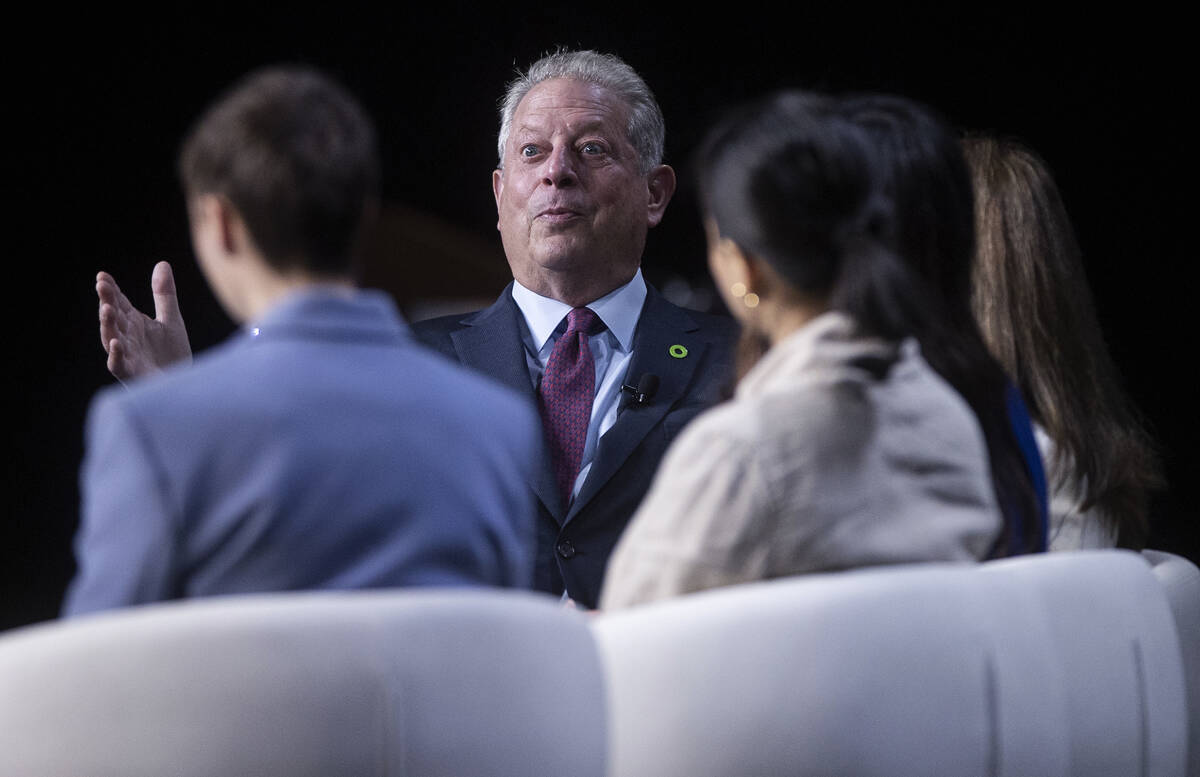 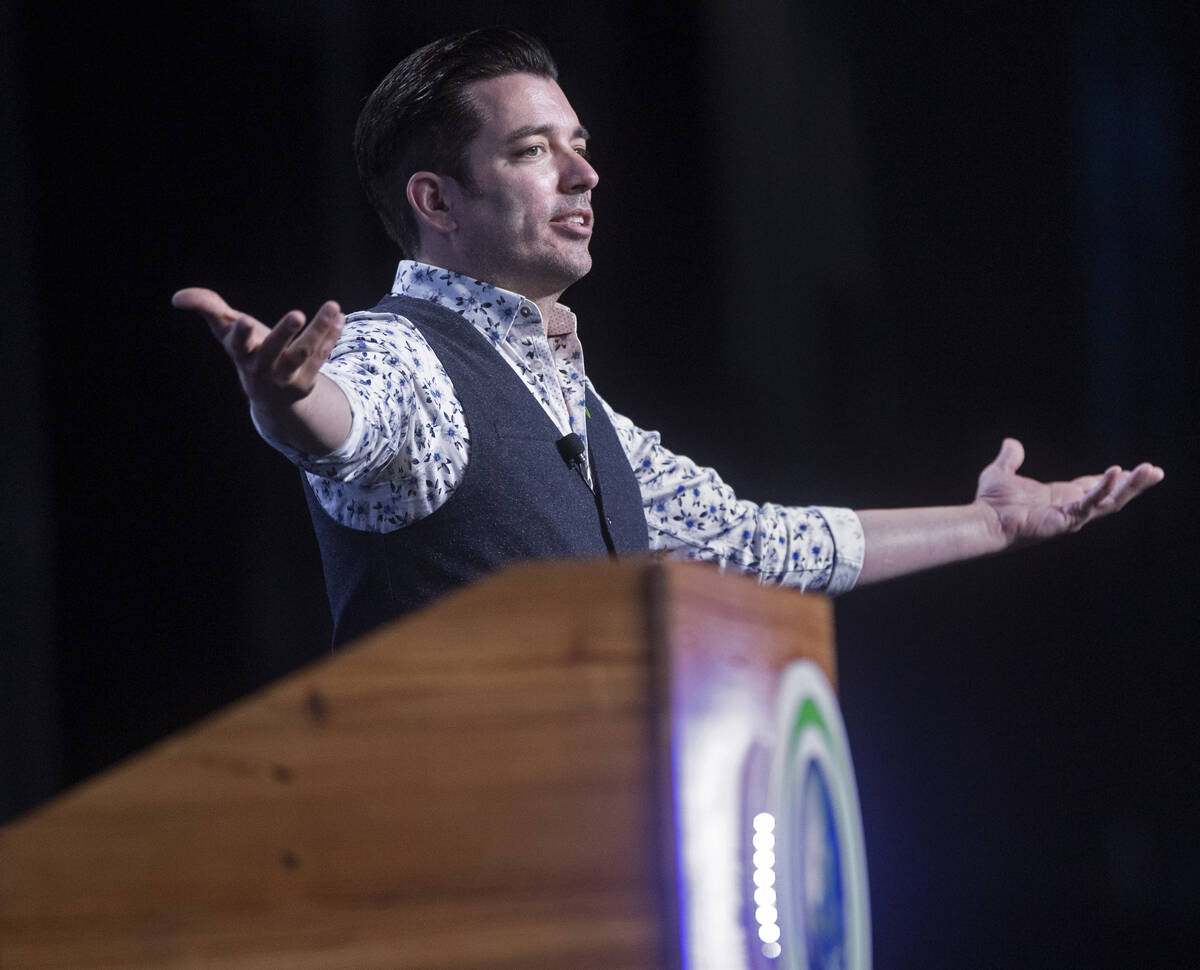 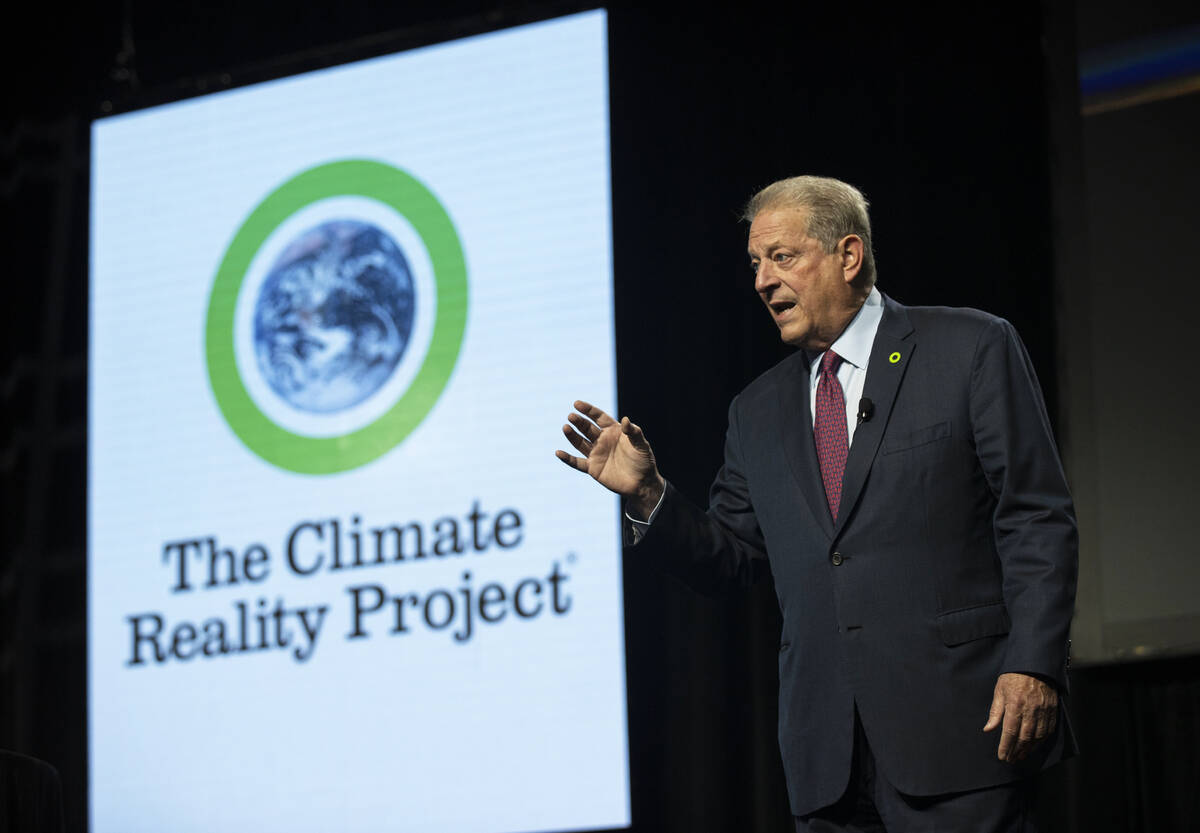 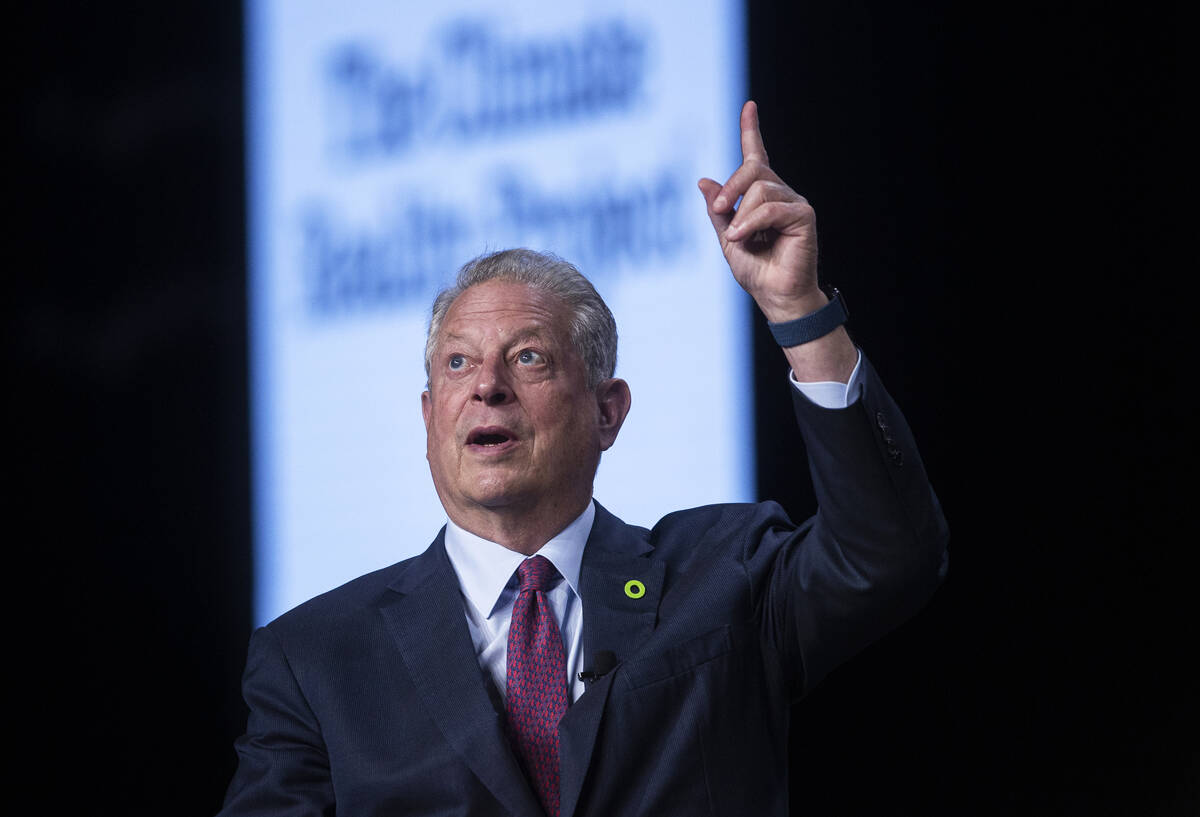 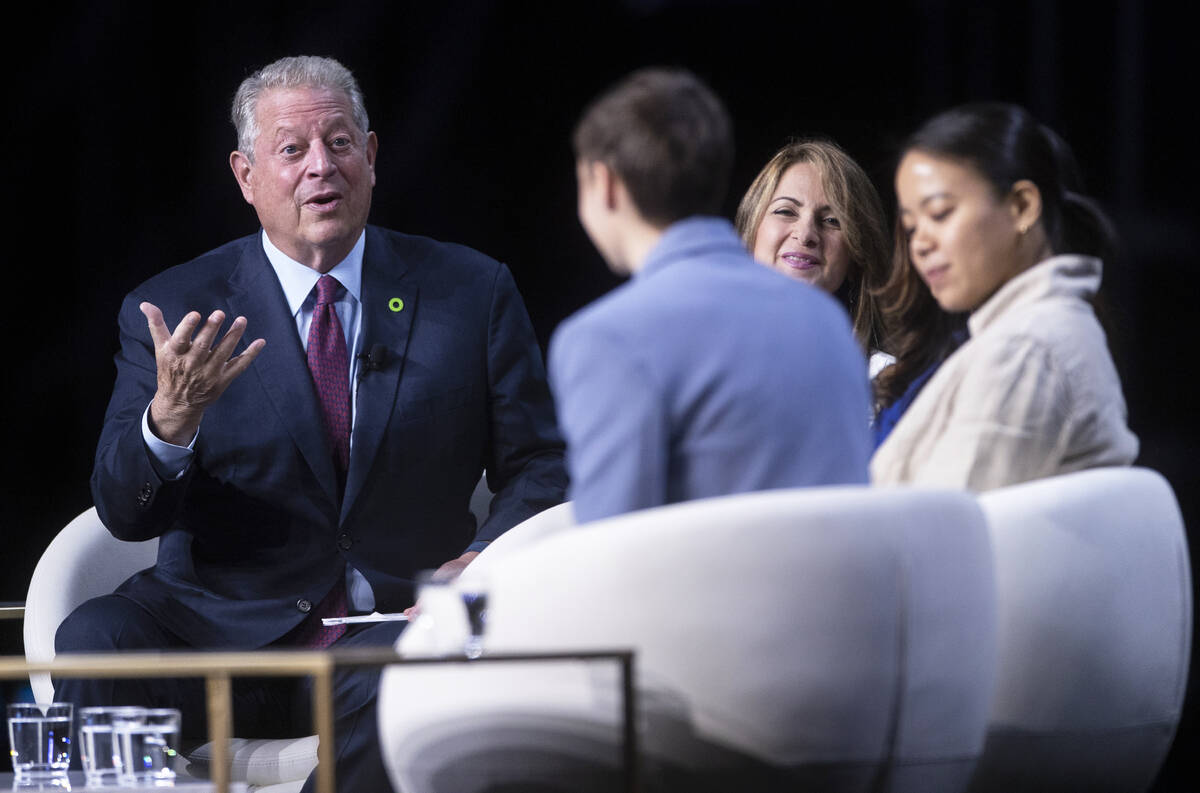 When it comes to solving the climate change crisis, few states are better positioned to take a leading role than Nevada, former Vice President Al Gore said while in Las Vegas on Sunday.

“If I were to rate Nevada’s renewable energy and electric vehicle and efficiency on a scale of one to 10, I’d say they rank a 12,” Gore, founder and chairman of The Climate Reality Project, said while speaking to a group of reporters Sunday.

Gore was at the Aria West Convention Center over the weekend to host the three-day Climate Reality Leadership Training, a free training to connect and train activists on how to better push for climate solutions in their communities, including learning how to give an updated version of Gore’s Oscar-winning 2006 climate change documentary “An Inconvenient Truth.”

“You’ve got so much sunlight you could create 250 times the energy Las Vegas and the rest of the state uses just from solar energy, and the fuel is free and there’s no pollution associated with it,” Gore said.

Gore also noted the state’s geothermal resources and the Silver State being home to the Tesla Gigafactory, which the company touts as being the highest-volume electric vehicle battery plant in the world.

He stressed the need for the continued conversion away from fossil fuels in favor of renewable energy sources, such as solar, wind and geothermal, calling it the key to addressing the underlying causes for the worsening climate effects that are leading to warmer temperatures, worsening droughts and hotter and faster wildfires.

He wants to see that energy transition pick up the pace, but said that the fossil fuel industry and its powerful influence in American politics will will only make that more difficult.

Nevada’s voter-approved constitutional mandate to require that at least half of the state’s electricity comes from renewable resources by 2030 is the right path to be on, Gore said, calling it a “necessary way station towards net-zero by 2050.”

In order to get there, Gore said what’s needed is more public pressure from grassroots activists to ensure that the transition away from fossil fuels continues, which is where the training comes in.

Gore said holding the training conference in Las Vegas originally came from the mind of an old friend of his who happens to be a Nevada icon — the late U.S. Sen. Harry Reid.

Reid pushed for Gore’s climate group to host the training in Las Vegas, Gore said, and it was the late senator who helped raise the funds to ensure that the 500-plus in attendance could receive the training for free.

The event was originally scheduled to take place in Las Vegas in 2020, but like so many other events that year the COVID-19 pandemic interrupted those plans. Reid died in December at the age of 82.

“He was one of the true champions for climate action,” Gore said.

Gore had previously made appearances in Las Vegas to talk about climate change at Reid’s invitation, delivering the keynote address at the Reid-sponsored National Clean Energy Summit in 2017 and again in 2019 for a speech at UNLV.