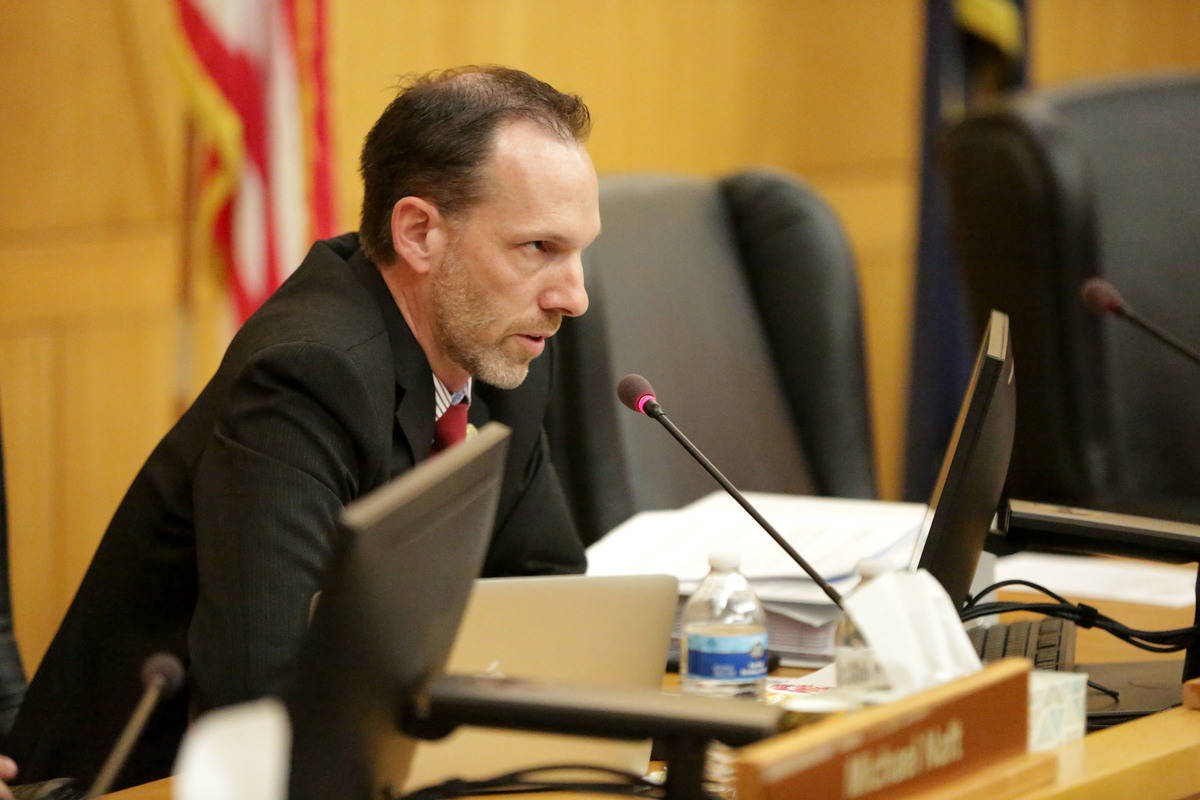 Clark County is moving to set up protections for people whose housing security has been shaken by the coronavirus pandemic, starting with threatening landlords and others with a misdemeanor if they discriminate against certain renters.

Under an ordinance to be introduced by the county commission on Tuesday, it would be illegal to refuse to either rent, negotiate or make available a property to someone based on their source of income or if they were previously evicted for reasons caused by the pandemic.

“Clark County is doing everything in its power to keep people in their homes,” said Commissioner Justin Jones, who brought the ordinance forward. “We know that this is a difficult time so we want to take every action that we can.”

County officials expect that many renters, whose livelihoods and earnings were destabilized by business closures, could be facing eviction when the statewide moratorium expires Sept. 1. The longer-term fear is that it could exacerbate a homelessness crisis already roiling Southern Nevada.

Jones said the ordinance stemmed from concerns by renters and is intended to remove the potential of discrimination by a landlord who “doesn’t want to have the specter of Section 8 or some other program coming to them,” including veterans and disability benefits.

But there is also a timely element in play: The county is preparing to roll out a rental assistance program, not unlike what the state is expected to do and what the city of Las Vegas launched this month, and Jones said he did not want that funding source to serve as a hurdle to housing for recipients.

A version of the discrimination proposal, which includes language from a stalled housing bill introduced last session by state Sen. Yvanna Cancela, D-Las Vegas, has been in the works for some time yet on the back burner leading into the pandemic. It suddenly became “even more relevant now than ever,” Jones said, when the outbreak struck.

He added that the proposed ordinance is similar to laws in California, but he knew of no government at least in Southern Nevada that had such rules on its books.

Affordable- and fair-housing advocates say the ordinance represents an additional layer of protection during tumultuous times and acts as a shield for those not covered under federal and state law, which forbids discrimination on the basis of race, religion, sexual orientation and more.

“Rehousing in a pandemic does not need any additional barriers,” said Christine Hess, executive director of the Nevada Housing Coalition, which advocates for closing the affordable housing gap in the state.

Hess noted that 45 percent of Nevada households are renters and that the coronavirus crisis has only maintained or increased the disproportionately high housing cost burden for people in all income levels, which means that they allocate more than 30 percent of their income to housing.

“Now in this pandemic, housing security is also a public health crisis as access to a safe, secure and affordable shelter is essential to our state’s resiliency and recovery from COVID-19,” she said in a statement.

Kate Knister Zook, executive director of the Silver State Fair Housing Council, which fights for equal housing opportunities for all residents in Nevada, said she could not think of “anything more timely than what I’m seeing right here” after reviewing a copy of the bill.

Knister Zook said the council receives routine calls from housing voucher-holders who cannot find a landlord willing to accept the program, significantly limiting housing options for some. But she is now concerned that a person’s source of income will be scrutinized in new ways because of the pandemic.

A landlord might consider a prospective tenant’s job at risk of layoff if there is a rollback in the economic reopening, she said, or they could view a health care worker as a potential carrier of the virus and decide they do not want to risk an outbreak in their apartment complex or neighborhood.

Knister Zook said discrimination not explicitly against the law occurs frequently: People with tattoos and piercings, students and others typically see it firsthand. But a county ordinance to protect sources of income would at least afford the council an opportunity to assist one more group that federal and state law leaves out.

“My guess is we’re never going to catch them all,” she said. “But in this case, there is an unmet need.”

Knister Zook expects there will be opposition to the ordinance when it is expected to be publicly heard Aug. 4.

“Nevada isn’t always the most tenant-friendly state and anytime you’re expanding somebody’s rights, there’s going to be some sort of pushback,” she said.

Jones said he has already had conversations this week with the Nevada State Apartment Association, a nonprofit trade group that represents more than 140,000 rental units in the state. The association declined an interview Friday, citing ongoing talks with the county.

The Las Vegas chapter of the Nevada Association of Realtors said it did not have a spokesperson who could provide the organization’s position on the ordinance by deadline.

But Shanta Patton, a regional vice president with the National Association of Real Estate Brokers, the oldest minority professional trade organization in the U.S., said there were two sides to the county’s proposal.

Patton said she did not support any mandate that removed a landlord’s right to decide who has the ability to pay rent — a background check that includes reviewing source of income and prior evictions. If a landlord is forced into a risk and the tenant ultimately cannot make rent, it could prevent the landlord down the line from being able to pay their own mortgage and property taxes.

“It’s a spiral of actions that come about because of that, so we have to think of the bigger picture,” she said. “We should not be forcing landlords to accept someone who did not have the ability to pay three months ago.”

But ultimately it is not about the source of income, she agreed, as much as it is the ability to pay rent. She pointed to people with housing vouchers who she said get discriminated against “plenty” and would benefit from the county ordinance.

Jones said he is willing to hold talks with anyone about their concerns, such as those expressed by Patton: How will discrimination be verified? Will short-term funding sources like rental assistance and unemployment be treated differently than more consistent sources like housing vouchers?

David Orentlicher, the director of UNLV Health Law Program at the William S. Boyd School of Law, said it would be difficult to mount a successful constitutional challenge to the ordinance, concluding that any arguments against the bill will likely be rooted in policy.

In addition to facing a misdemeanor crime, landlords, housing managers, rental agents or real property owners who were determined to have violated the ordinance would be reported to the county’s Business License Department and “any applicable state licensing agency” for possible remedial or disciplinary action, according to a copy of the bill.