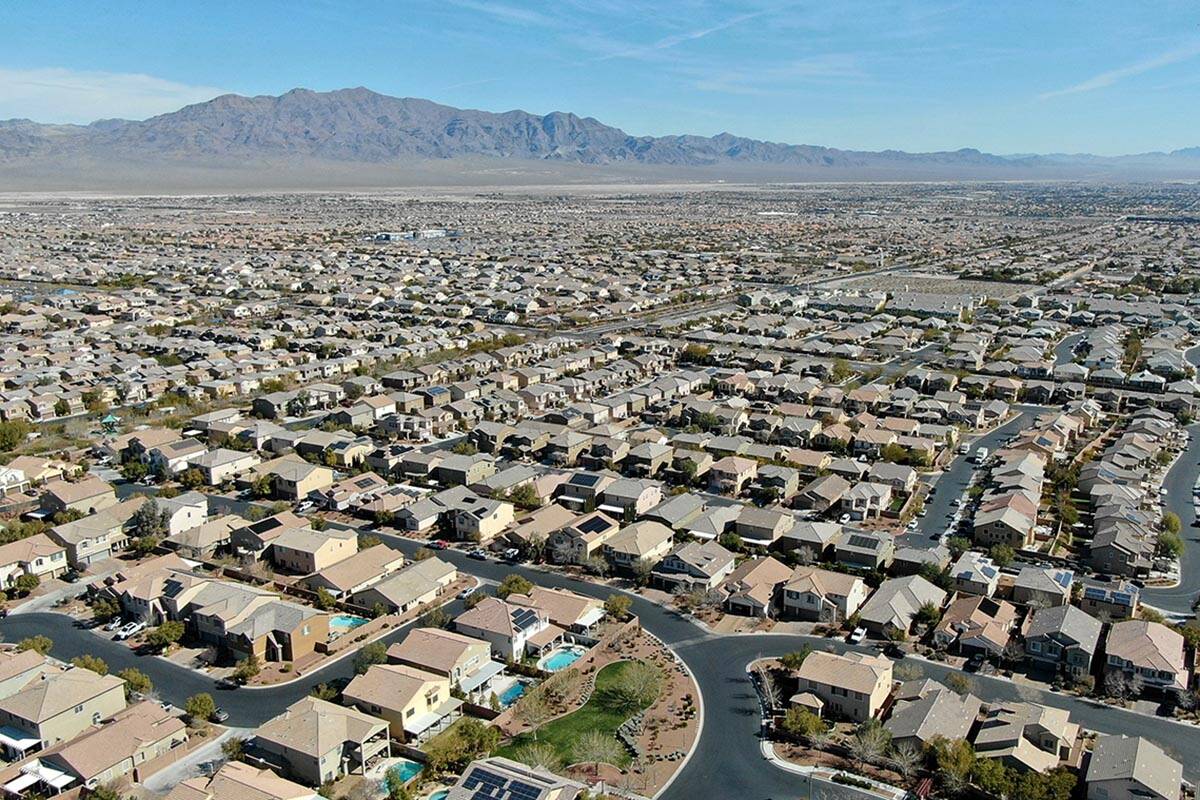 Clark County lawmakers appear intent on setting up a lottery system to issue more than 2,800 licenses for operating short-term rentals, in a move that would seek to regulate a massive industry that is currently illegal in the county.

On Tuesday, the County Commission deliberated how to address short-term rentals as it nears a state-mandated July 1 deadline to legalize the home-sharing venture, made popular on platforms such as Airbnb.

The significant task would try to curtail the illegal market in the county’s jurisdiction, which includes the Strip. Despite a current ban on short-term rentals, an estimated 6,000 to 12,000 properties are believed to be operating in the commission’s jurisdiction, officials said.

Assemblywoman Rochelle Nguyen was the primary sponsor of Assembly Bill 363, which passed last year and requires the county to regulate short-term rentals. Nguyen had said that outlawing the practice had proven to be ineffective, pointing to the sheer number of those flouting the law.

Commissioners seemed to agree Tuesday on several elements that could ultimately be enshrined in a pending ordinance: Capping licenses to 1 percent of all homes; adopting a 1,000-foot distance requirement between rentals; limiting licenses to one per homeowner or limited liability company; and enacting an application cost of at least $1,000.

While the details remain in the preliminary stage, commissioners reiterated concerns that first surfaced during bill hearings last year. For one, officials worry that they will not have the financial or staffing resources to adequately carry out rules for the licensed operations and the many more that are currently up illegally.

“At the end of the day, no matter how much money we get, it’s going to cost us a fortune to enforce this as a whole and up front,” Commissioner Marilyn Kirkpatrick said.

Officials also said they were concerned about loopholes, such as one operator creating multiple LLCs or home-sharing platforms not doing enough to assist the county in shutting down unlicensed short-term rentals.

“Today they’re not working with us on it,” said Jim Andersen, the county’s code enforcement chief.

Andersen said it is also problematic that there are a few hundred places to list a short-term rental, and so removing one home from a site is of little consequence. Some platforms are also based outside the country.

The discussions came as the county revealed that the majority of 5,800-plus residents who took a recent county survey indicated they viewed short-term rentals unfavorably. It is worth noting that 38 percent of respondents said they were neighbors affected by a rental, while only about 9 percent were owner/operators and 5 percent were users.

Most respondents felt strongly that neighbors should be involved in the policy process and informed if a neighbor were to receive a license. Nearly three-fourths of respondents said that safety inspections should be required, and 80 percent agreed that a host should lose their license if the county received multiple substantiated complaints about their property, according to the survey.

There will be two public workshops on the county’s plan in the coming days. Commissioner Ross Miller is hosting a town hall at 5:30 p.m. Tuesday in commission chambers at the Clark County Government Center, 500 S. Grand Central Parkway. It will be available on the county’s television station as well as Facebook, Twitter and YouTube accounts.