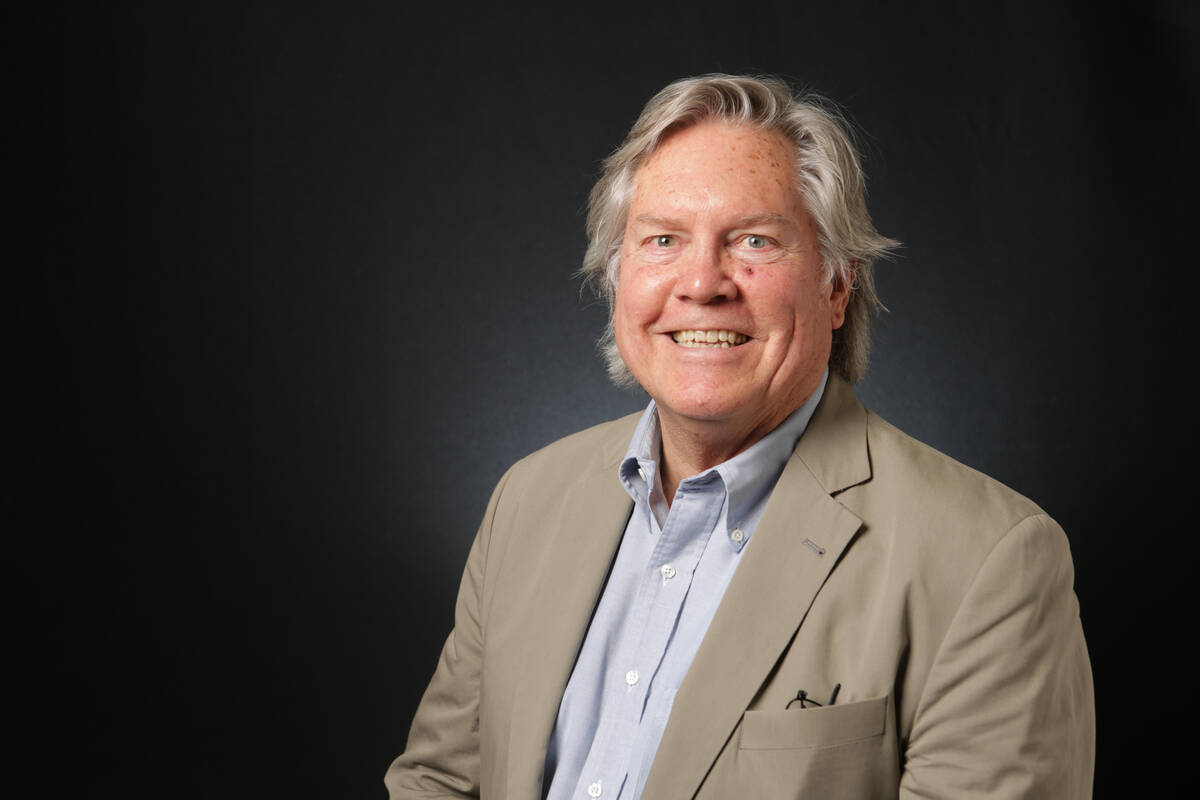 When Clark County Commissioner Tick Segerblom reflects on the county’s response to the pandemic, he sees actions to assist small businesses, administer vaccines and aid the recently unemployed through a dire period.

But more than two years after the unprecedented public health crisis emerged, Segerblom now notices something else.

“Las Vegas is on fire,” he said. “Whatever we did in the last two years laid the foundation, but the good news is that we’re ready to take off.”

Segerblom, 73, wants voters to give him a second term on the commission, representing District E, which includes east Las Vegas — an underserved area that the former state senator vowed to make his biggest priority over the next four years.

It means bringing more services, parks and development, such as grocery stores, and improving traffic: “Time has come.”

But Segerblom is not running unopposed in the June primary. He will need to fend off a challenge from fellow Democrat Jacob Macias.

Macias, whose occupation could not be confirmed, did not return multiple messages seeking an interview on his campaign, and he does not appear to have a campaign website.

The fundraising gulf between the two candidates is steep: Segerblom reported raising nearly $90,000 during the first quarter of this year and maintains $259,000 cash on hand, while Macias reported raising no money, according to campaign finance records.

Republicans on the ballot

Dennis Ayala, whose occupation could not be confirmed, and Jon Rider, a marketing and development employee for Crazy Horse III, a gentleman’s club, are running as Republicans for the District E seat.

Ayala did not return multiple messages seeking an interview on his campaign, and he does not appear to have a campaign website.

Rider countered Segerblom’s positive review of the commission’s handling of the pandemic, saying that restrictions had hurt businesses and that a Republican voice on the all-Democratic board would have advocated for ending mandates.

“I just feel if we had a more diverse county commission, we probably would have been open a lot sooner,” Rider said.

Rider, 45, said he leans more libertarian and believes that government should stand out of the way of business growth.

He said he would support faster permitting processes and ending the war on drugs, pushing law enforcement and prosecutors to focus instead on violent crime.

Like Segerblom, Rider said he is in favor of marijuana lounges, and he believed that local regulations on social use venues should not be more strict than state rules.

“I want the government to get out of the way of our daily lives and give people the freedom to earn the best income they can,” he said.

Neither Ayala nor Rider reported raising any money so far in 2022, according to the most recent campaign finance records.

Marco Hernandez, a Laborers Union Local 872 official who ran a strong race against Segerblom in a Democratic primary in 2018, is running for the District E seat but, this time, without a political party.

Randy Rose, an Independent American Party member, and Joette Luiz, no party affiliation, also filed to run. Their occupations could not be immediately confirmed.

Hernandez, Rose and Luiz will appear on the ballot in the November general election.