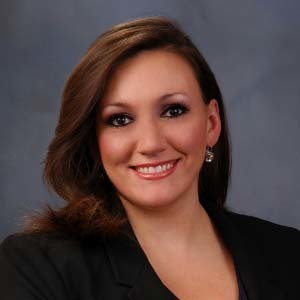 A recall effort targeting a Democratic state senator will need a detailed vetting process to determine whether it can move forward, the Nevada secretary of state’s office said Tuesday.

The state elections department determined that the petition submitted in an attempt to oust state Sen. Nicole Cannizzaro, D-Las Vegas, failed to reach the needed signature threshold to force a special election, Deputy Secretary of State Wayne Thorley wrote in a letter to Clark County Registrar of Voters Joe Gloria.

Gloria’s office must verify more than 1,200 individual signatures before the state can determine what happens next, according to the letter.

Nevada Democrats called the decision an “improvised interpretation” of the verification process and said they suspect “partisan roots” from the office run by Republican Barbara Cegavaske.

“Now the taxpayers will foot a hefty bill for the Secretary’s forcing Clark County to carry out weeks of unnecessary and pointless data entry by full-time elections department staff that will likely result in having to review all 16,000-plus signatures thereafter anyway,” Nevada Senate Democratic Caucus spokeswoman Michelle White said in a statement. “The recalls started as an astonishing waste of taxpayer money, and they will apparently end that way as well.”

Cegavske’s office declined to comment on the Democrats’ claims.

The recall group submitted 16,910 signatures on Nov. 14, and the secretary of state’s office said that a 5 percent sample count determined that 15,471 of those were valid.

That put the petition beyond the initial threshold of 25 percent of the voters who participated in the 2016 election in Senate District 6. But because 1,273 forms requesting removal of names from the recall petition were submitted, the threshold was no longer met, the secretary of state’s office said.

Gloria’s office must verify all 1,273 petition removal forms to ensure that each signature appeared on the submitted recall petition.

If the threshold is met, a special election will be scheduled. If it fails again, a review will be done to verify the eligibility of all 16,910 signatures.

The Cannizzaro recall is the third in a trio of Republican-backed attempts to oust sitting state senators and regain control of the Legislature’s upper chamber.

It is unclear who is funding the efforts, and the recall committees have stayed mum on why they want to recall Cannizzaro, Patricia Farley, I-Las Vegas, and Joyce Woodhouse, D-Henderson.

The committee trying to oust Woodhouse gathered enough signatures to push the process forward, but an anti-recall group has challenged the eligibility of more than 5,500 signatures. If the challengers’ contention proves true, the recall would fall well short of the number of signatures needed to push Woodhouse into a special election.

A hearing in Clark County District Court on the arguments in that challenge is scheduled for Dec. 19.

The recall effort targeting Farley failed, as it garnered about one-third the number of signatures needed to push it forward.