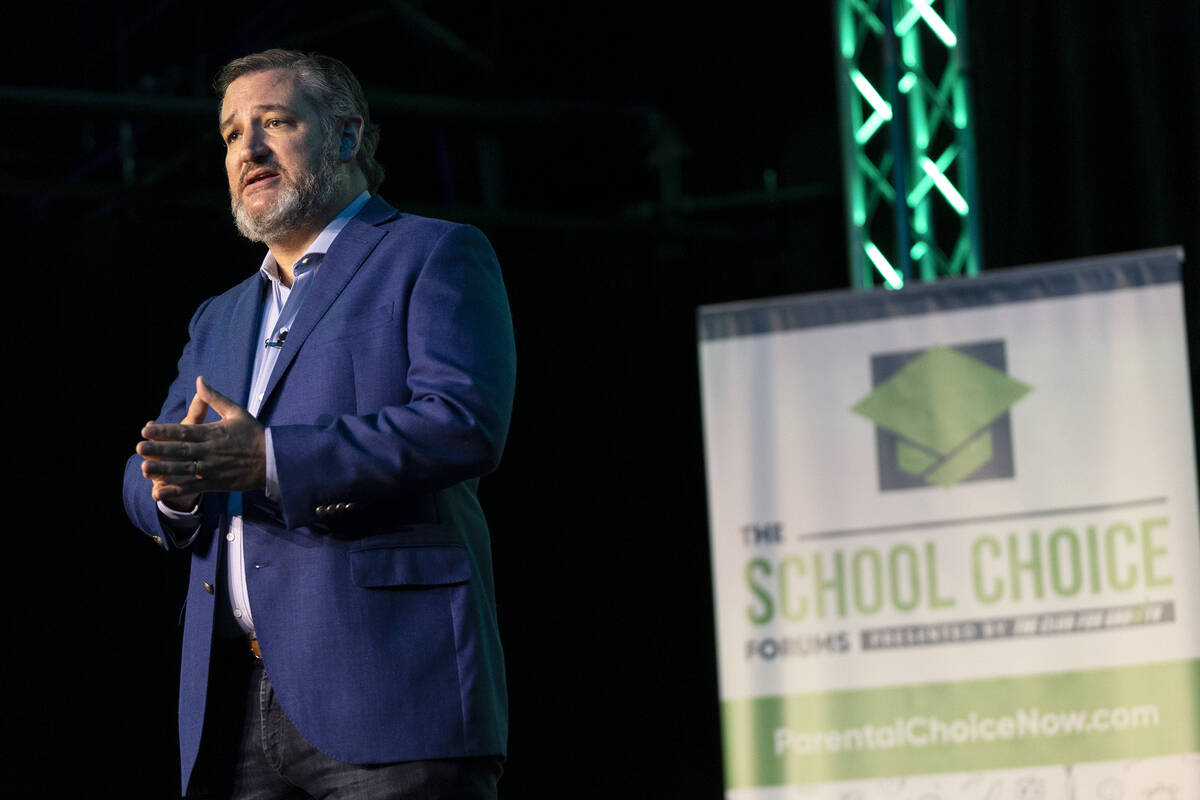 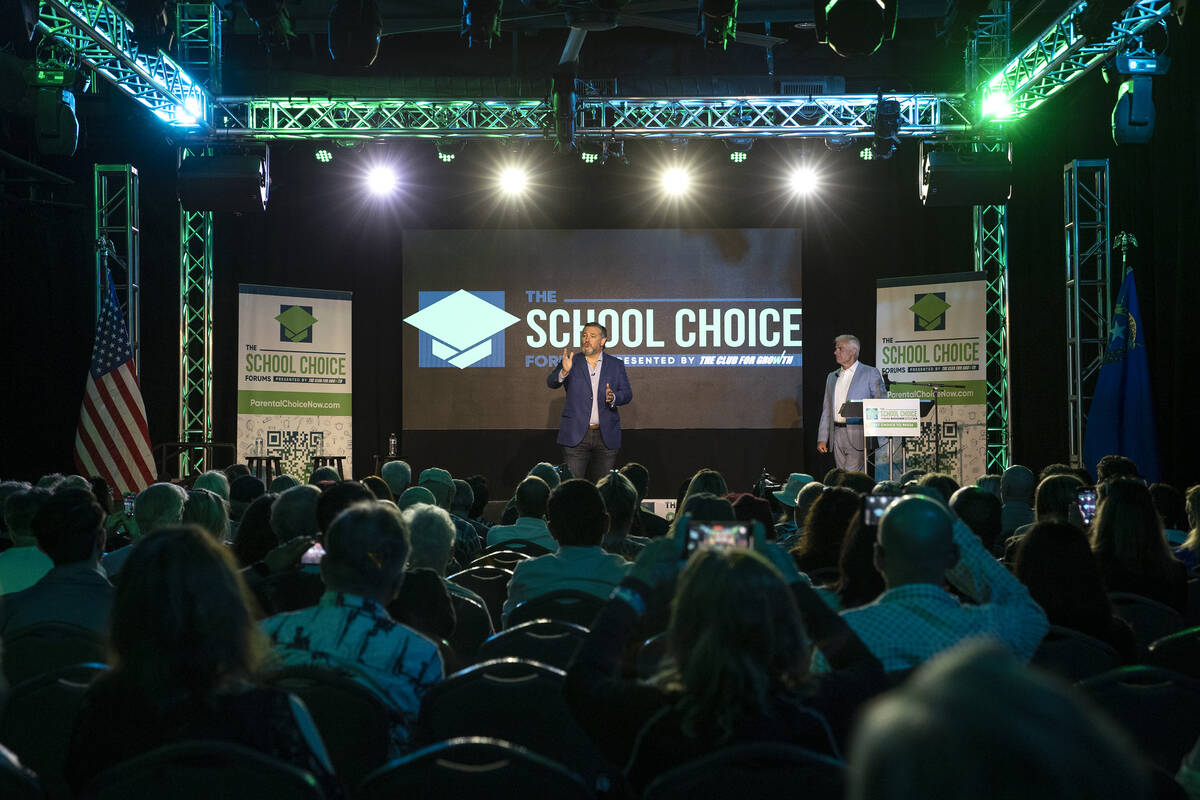 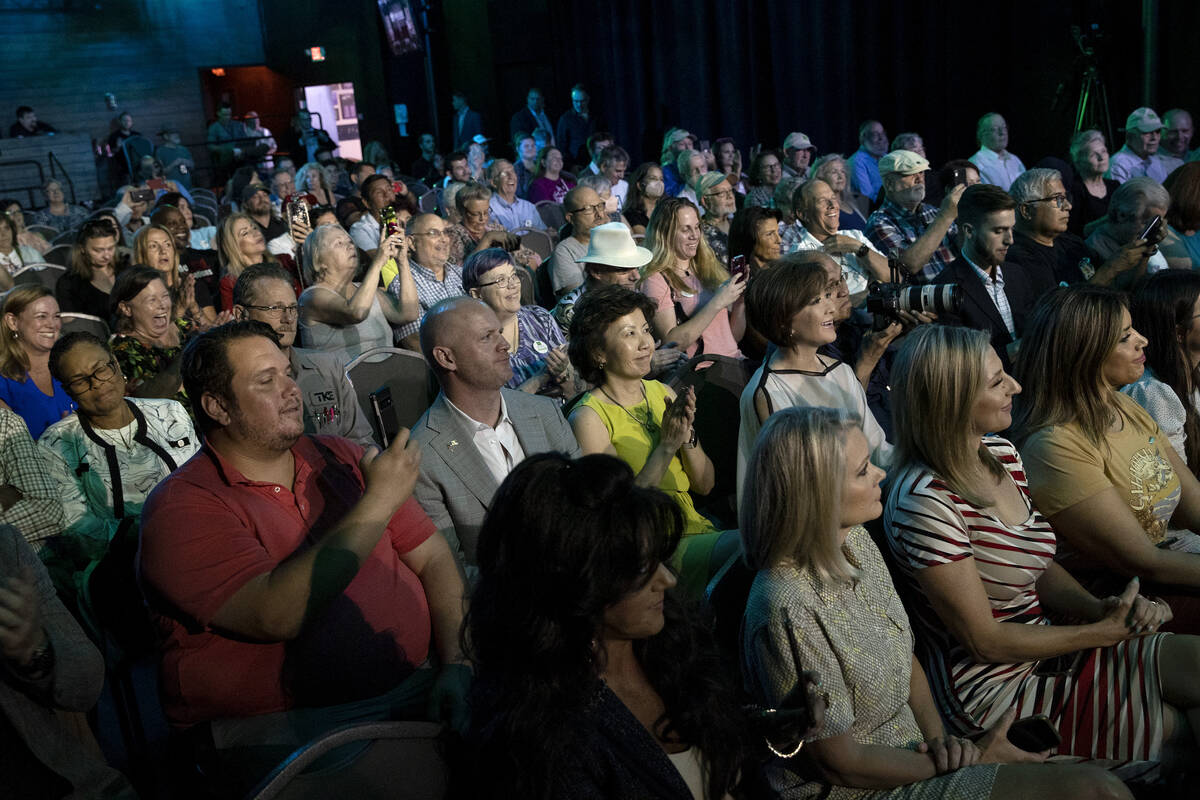 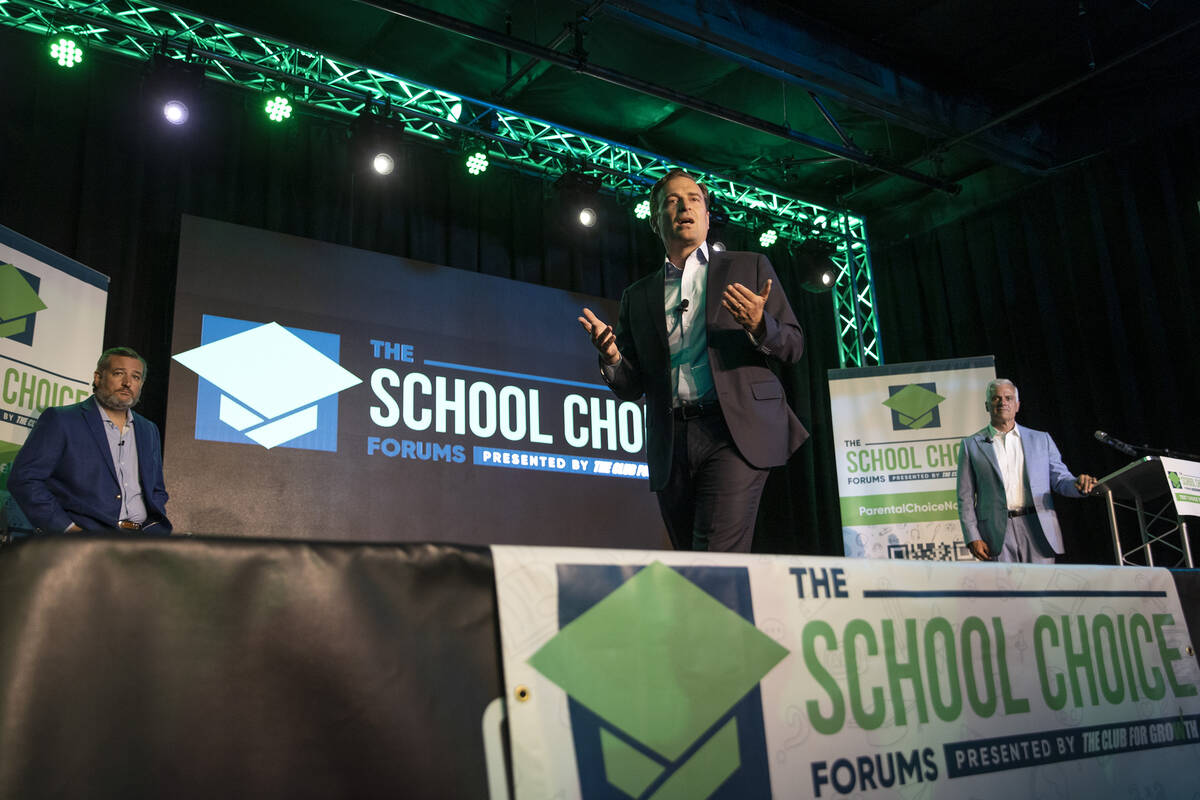 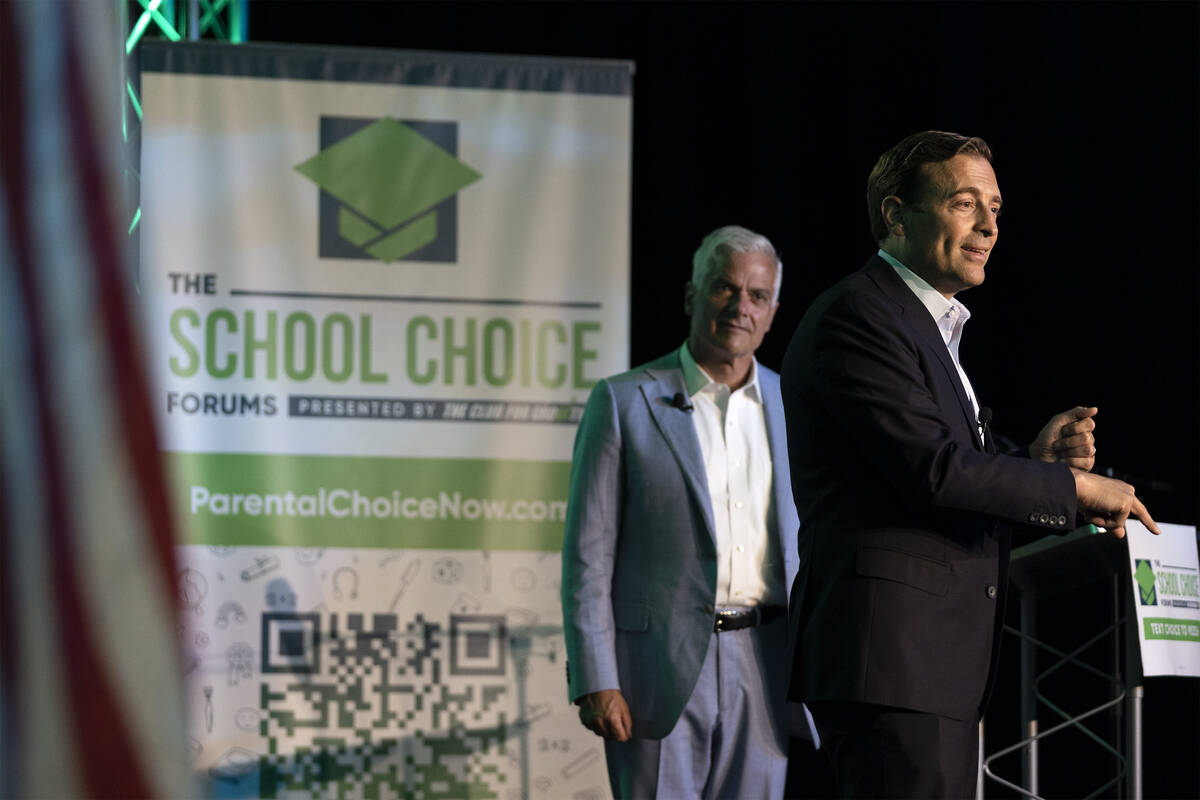 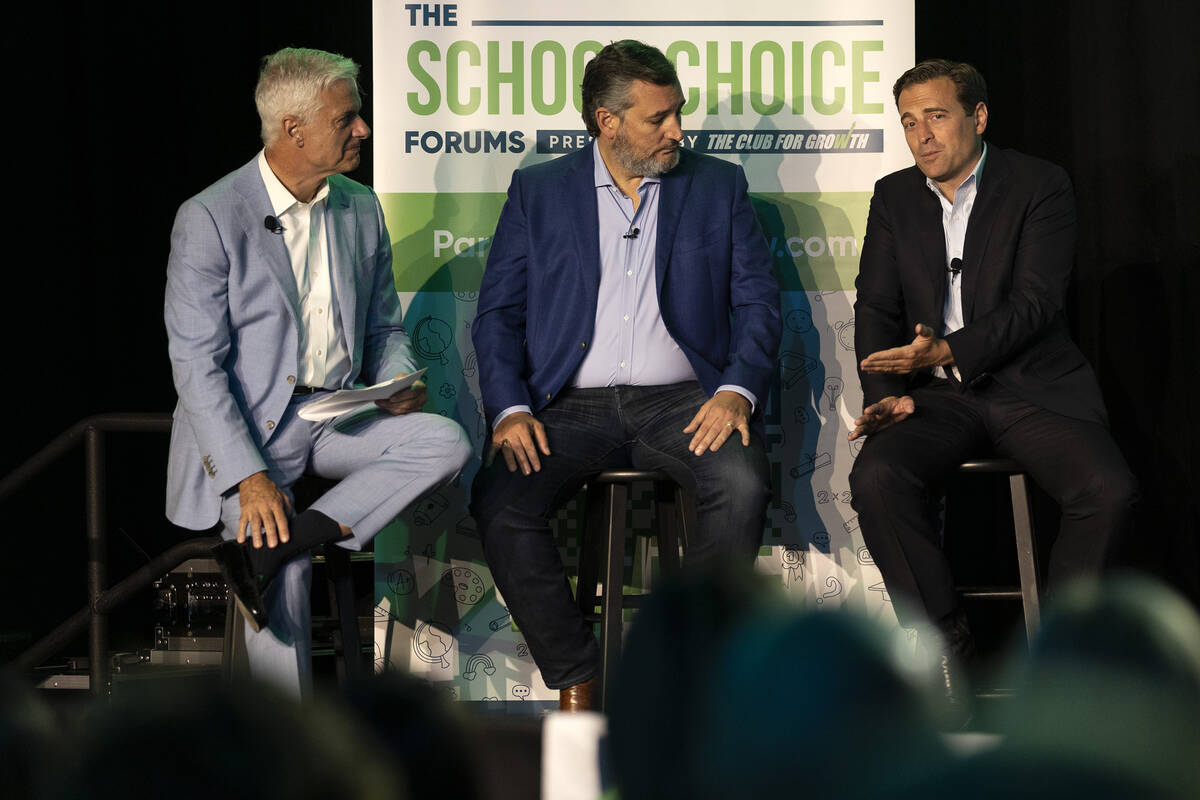 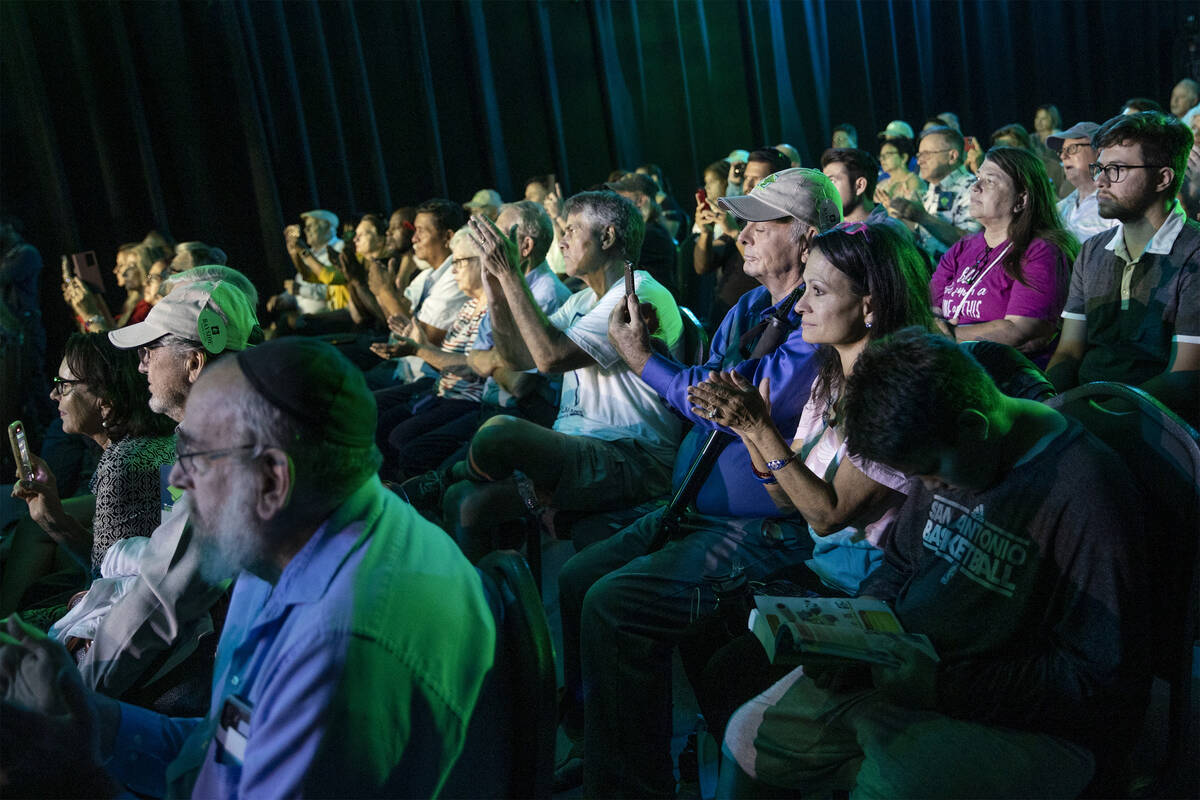 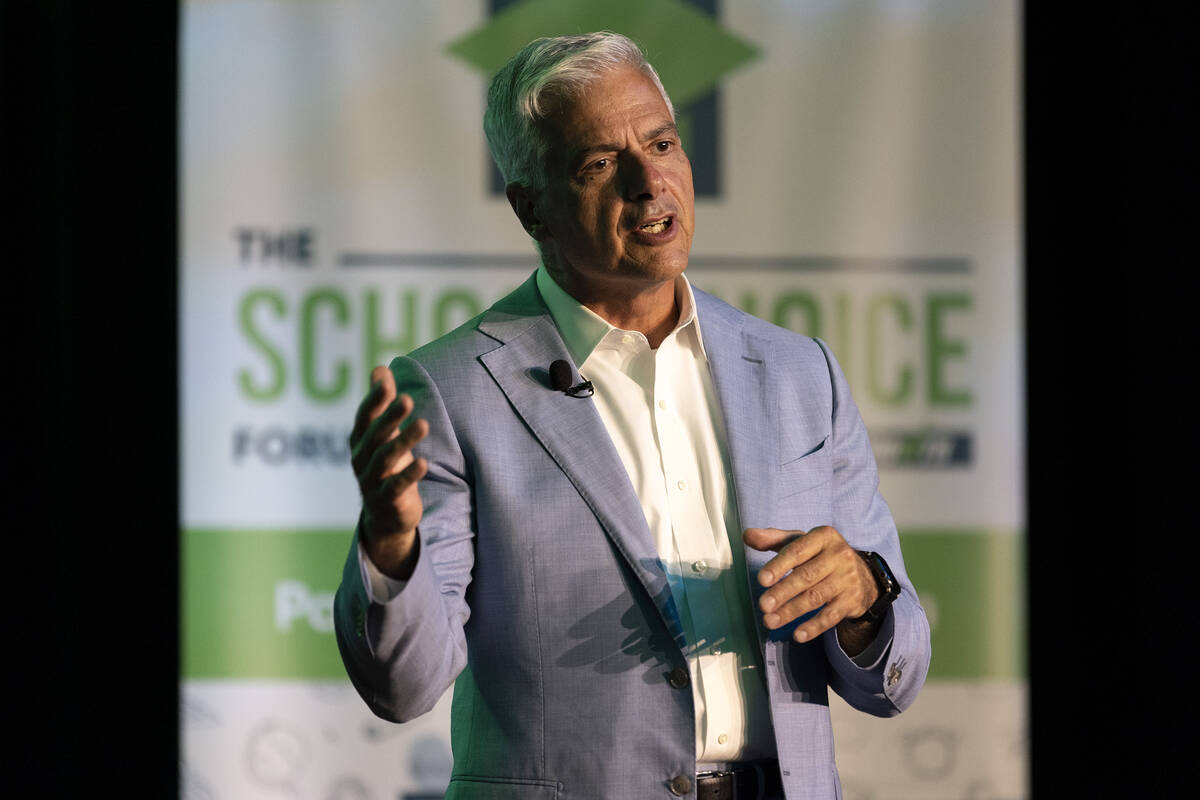 David McIntosh, president of Club for Growth, speaks during a forum about school choice hosted by the political action committee at The Space on Wednesday, Aug. 10, 2022, in Las Vegas. (Ellen Schmidt/Las Vegas Review-Journal) @ellenschmidttt 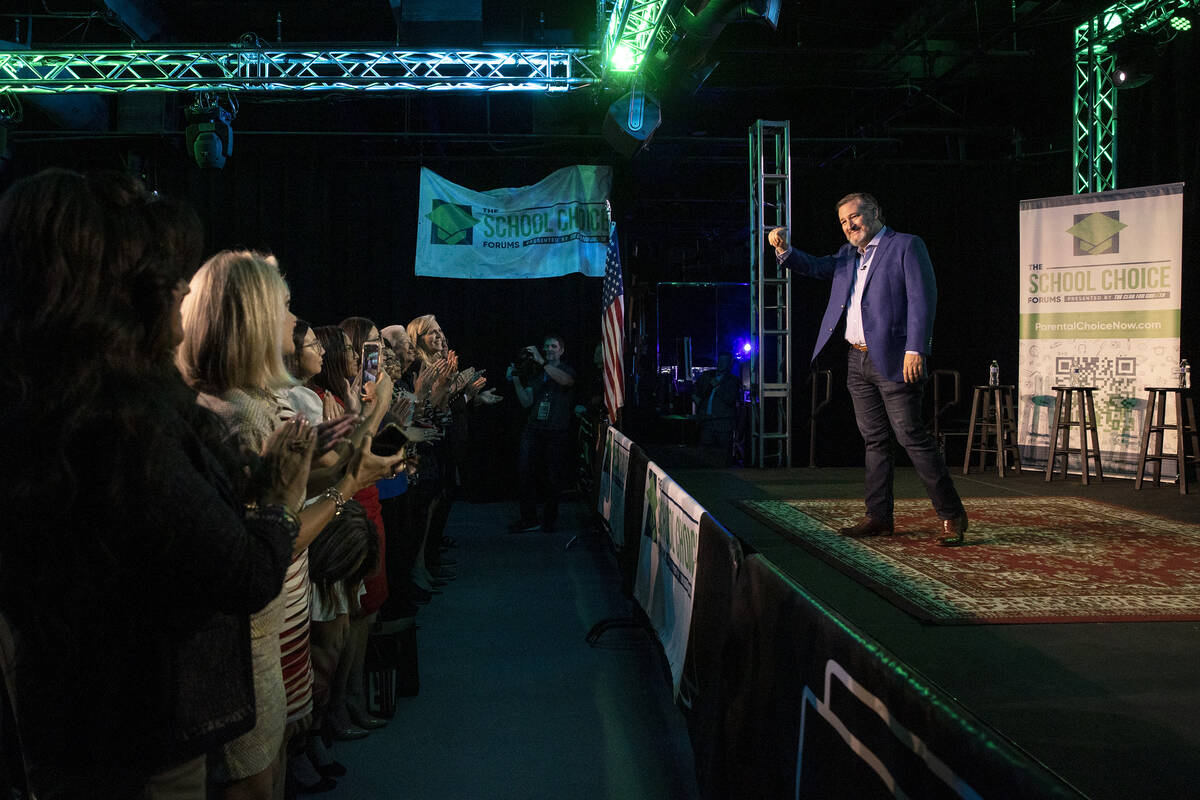 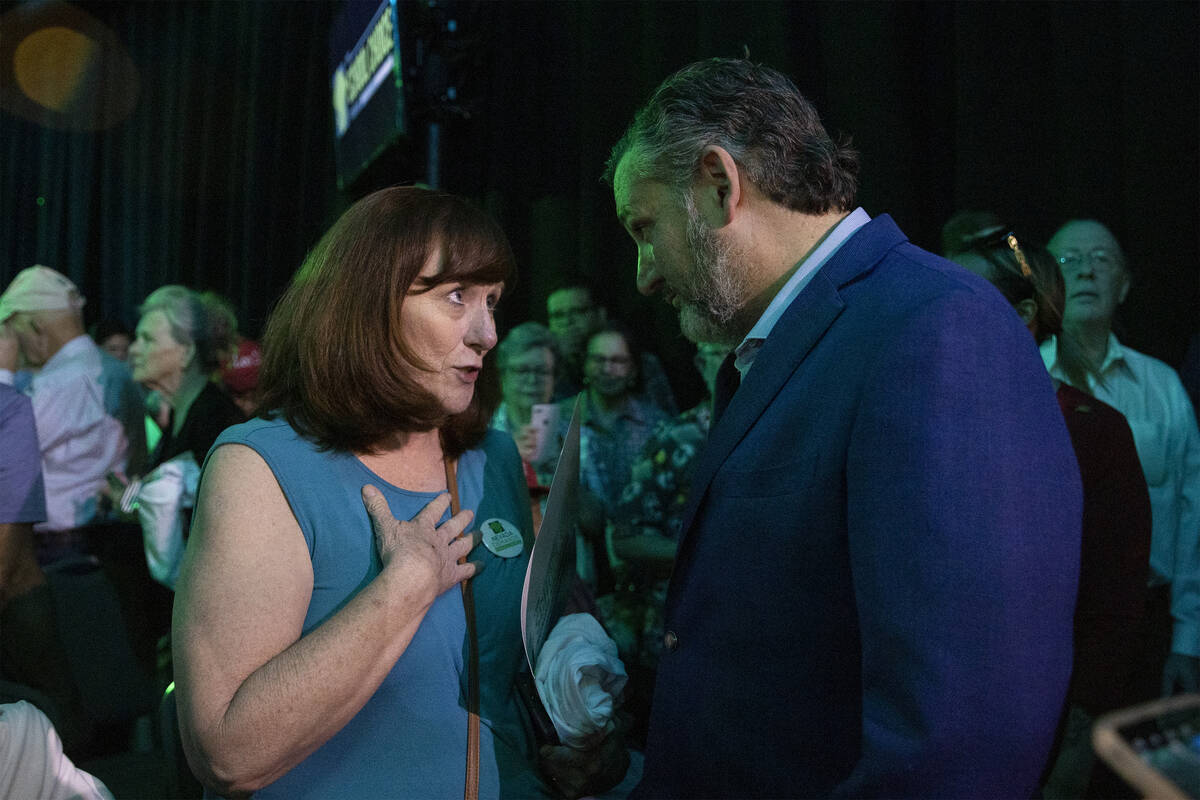 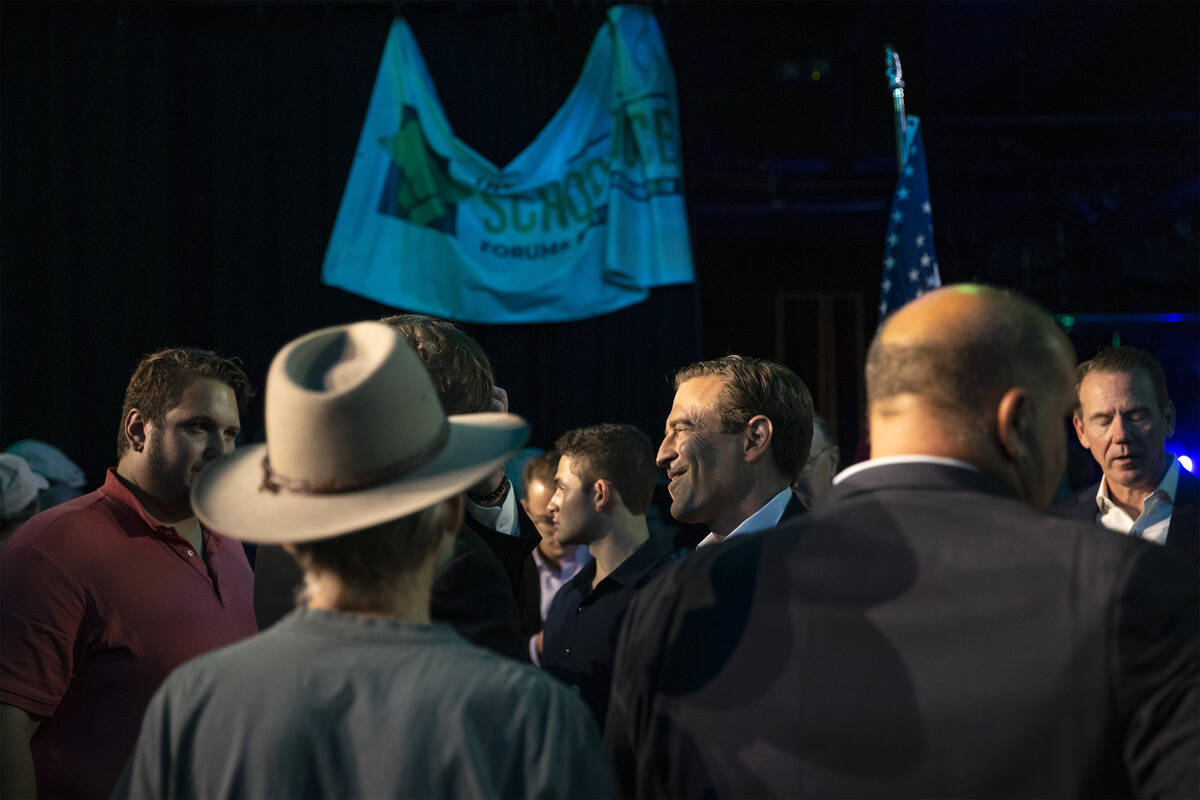 Cruz spoke to a crowd of roughly 180 people to talk up school choice at a forum put on by Club for Growth, a conservative advocacy group that focuses on reducing taxes and other economic issues. The organization has been hosting events to promote school choice as part of a campaign against school closures amid the COVID-19 pandemic.

“I think it is the single most important domestic issue in this country. School rights is the civil rights issue of the 21st century,” Cruz told the crowd.

Republicans in Nevada have tried for years to get a voucher-style school choice program off the ground with little success.

In 2015, the Republican-controlled Legislature passed a bill to create an education savings account which would have allowed parents to use public school funds for education expenses, including private school tuition. A lawsuit later invalidated its funding mechanism, and a Democratic Legislature in 2019 repealed the program outright.

“There’s no question that we’ve battled for school choice in our state,” said Laxalt, who defended the education savings account law when he was Nevada’s attorney general. “This is something we simply have to get done to move our state forward.”

Recent attempts to revive the program via ballot initiatives have also come up short, with a judge ruling that the attempts were unconstitutional because they would create an unfunded mandate.

Nevada does have another school choice program that is up and running, though. Commonly referred to as opportunity scholarships, the program allows businesses to donate toward private-school tuition for lower-income students in exchange for tax write-offs. State lawmakers in 2021 increased the funding for that program from $6.7 million to $11.4 million as part of a compromise between Republicans and Democrats to enact a new tax on mining companies in order to increase education funding at the state level.

Educate Nevada Now, a group that advocates for bettering public education and is associated with plaintiffs who sued to stop the recent ballot initiatives, derided the forum and the continued push to enact school voucher programs in Nevada.

“We are not surprised that out-of-state right wing groups continue to push this bad policy on Nevadans. Despite our state ranking near the bottom in K-12 funding, they insist on siphoning scant taxpayer dollars away from public education to fund unaccountable and discriminatory private schools,” the group said in a statement. “In practice, ‘school choice’ means the school’s choice to reject students due to their unique academic needs, LGBTQ+ status, or nearly any other reason. And since many of our private schools cost more than what the state provides in per-pupil funding, only those wealthy enough to make up the difference take advantage of the scheme. It’s simply welfare for the wealthy and a bad investment for our state.”

Wednesday’s event was the second visit to the Silver State since April for Cruz, who is considering a presidential bid. The senator told Fox News last week that he is taking a “wait and see” if former President Donald Trump decides to run in 2024.

Cruz will be up north later this week, where he’s scheduled to speak at the annual Basque Fry event hosted by Laxalt and the Morning in Nevada PAC near Gardnerville, along with Clark County sheriff and Nevada Republican gubernatorial nominee Joe Lombardo and South Dakota Gov. Kristi Noem.