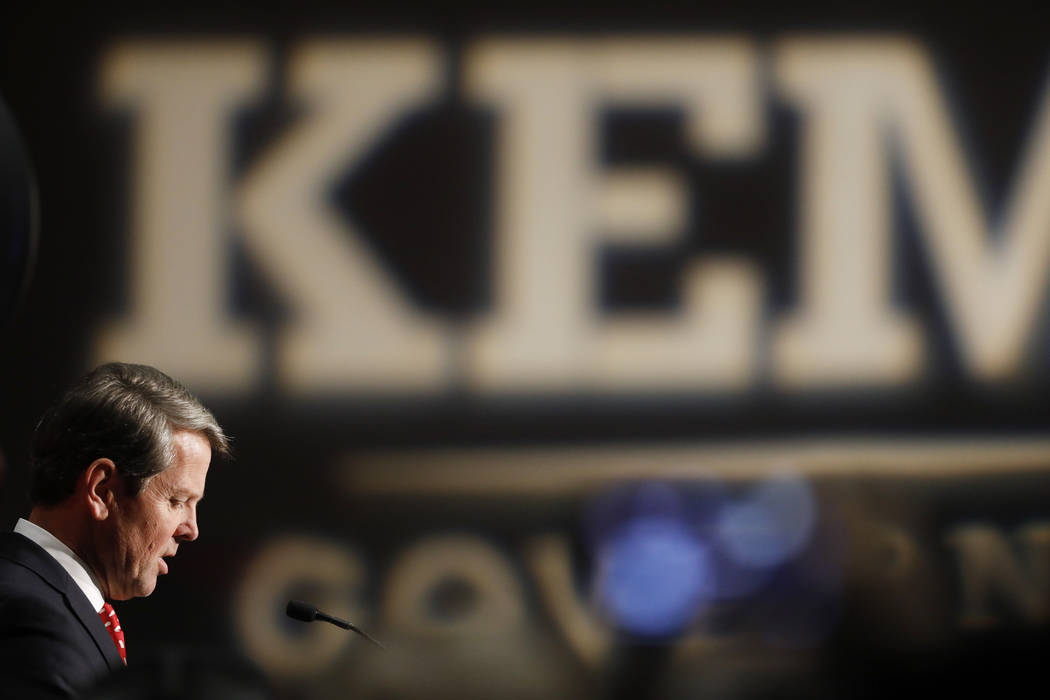 Georgia Republican gubernatorial candidate Brian Kemp speaks with supporters after a long election night in Athens, Ga., Wednesday, Nov. 7, 2018. Georgia's hotly contested and potentially historic governor's race may not be over yet, with Democrat Stacey Abrams and Kemp awaiting the final accounting of absentee and provisional ballots. (Joshua L. Jones/Athens Banner-Herald via AP) 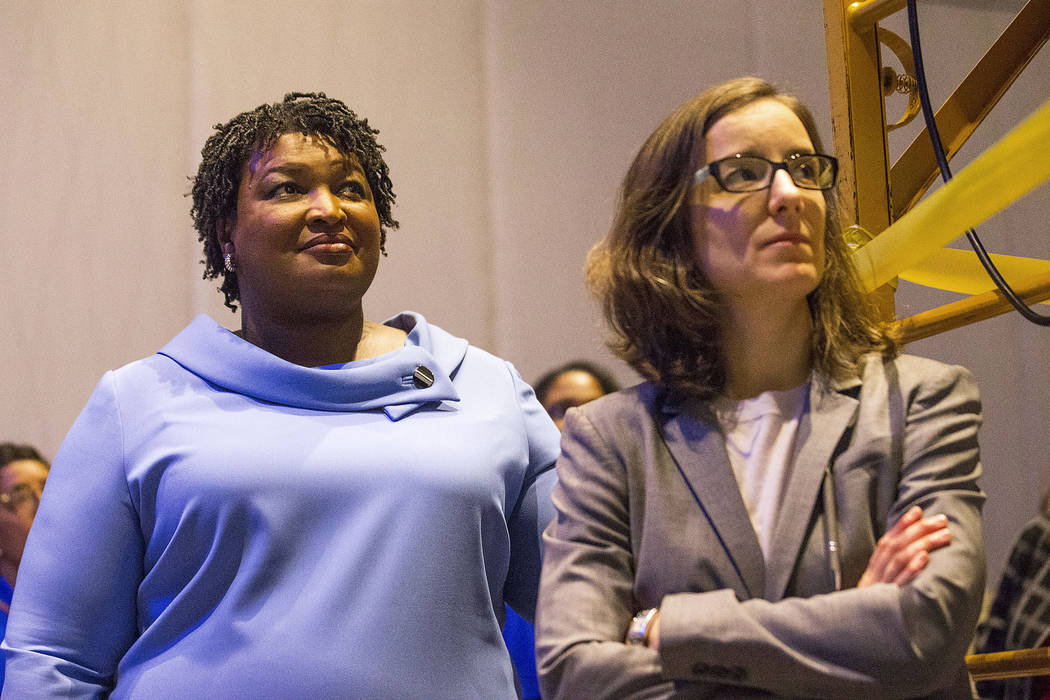 Georgia gubernatorial candidate Stacey Abrams, left, stands with her campaign manager, Lauren Groh-Wargo, before speaking to her supporters during an election night watch party at the Hyatt Regency in Atlanta, Wednesday, Nov. 7, 2018. Georgia's hotly contested and potentially historic governor's race may not be over yet, with Democrat Abrams and Republican Brian Kemp awaiting the final accounting of absentee and provisional ballots. (Alyssa Pointer/Atlanta Journal-Constitution via AP) 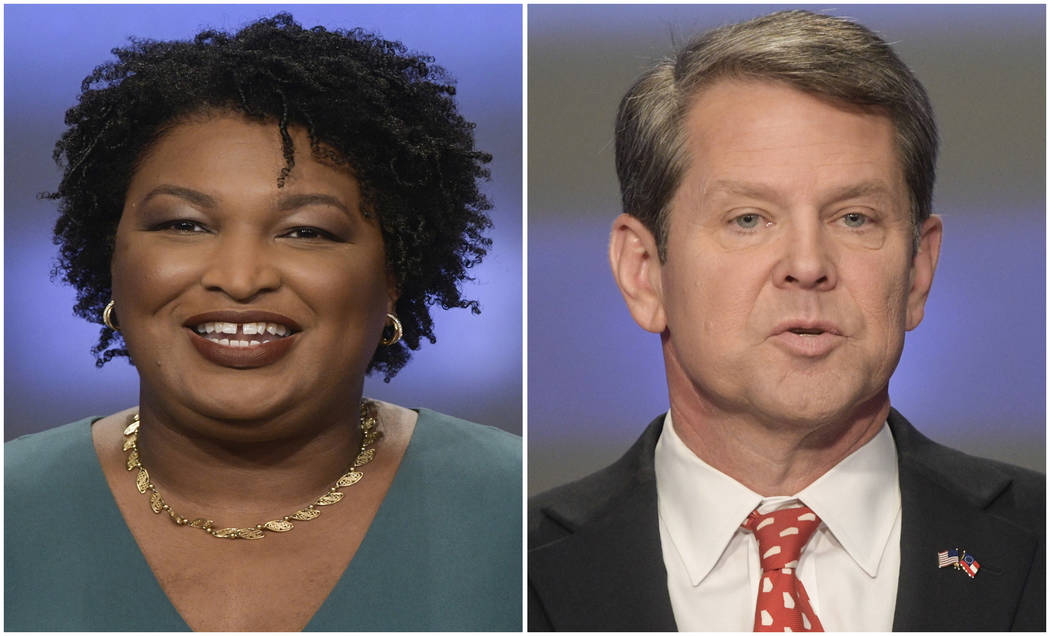 This combination of May 20, 2018, photos shows Georgia gubernatorial candidates Stacey Abrams, left, and Brian Kemp in Atlanta. Democrats and Republicans nationwide will have to wait a bit longer to see if Georgia elects the first black woman governor in American history or doubles down on the Deep South’s GOP tendencies with an acolyte of President Donald Trump (AP Photos/John Amis, File) 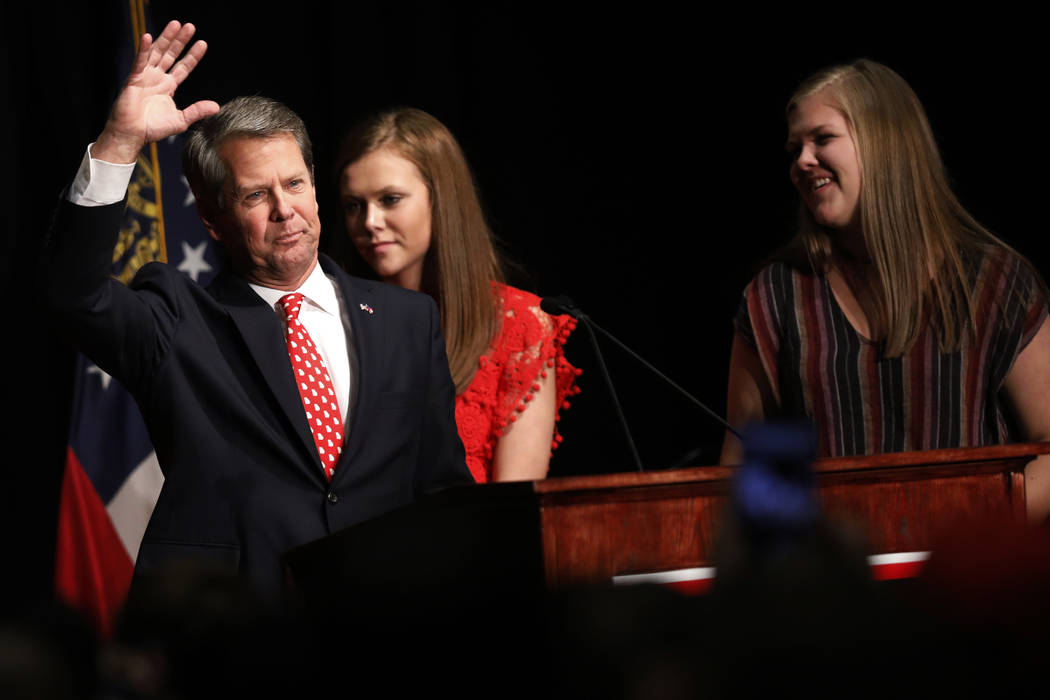 Willard said Kemp delivered a letter of resignation to Gov. Nathan Deal on Thursday morning, and it is effective at 11:59 a.m.

The state said Kemp will not perform any election-related duties Thursday.

Kemp said he and his campaign are declaring victory because it isn’t possible for his opponent to pick up enough votes to force a runoff.

Democrat Stacey Abrams’ campaign has said there are still enough uncounted votes to force a Dec. 4 runoff and that they need to pick up about 15,000 votes to do so.

In an interview with WSB Radio Thursday, Kemp says his rival’s campaign is using “old math.” Without providing specifics, he said the number “is actually more like 30,000 votes.”

Abrams’ campaign manager Lauren Groh-Wargo says Kemp has offered no proof of why anyone should take his word.