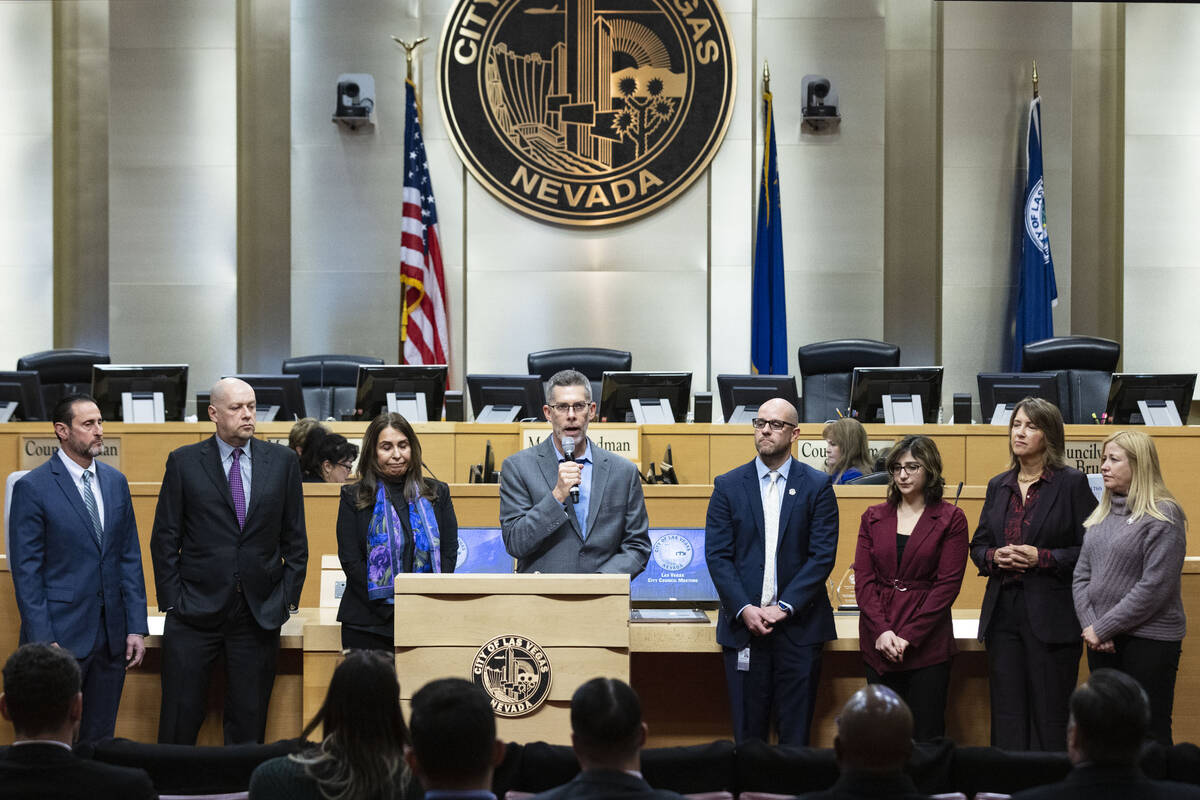 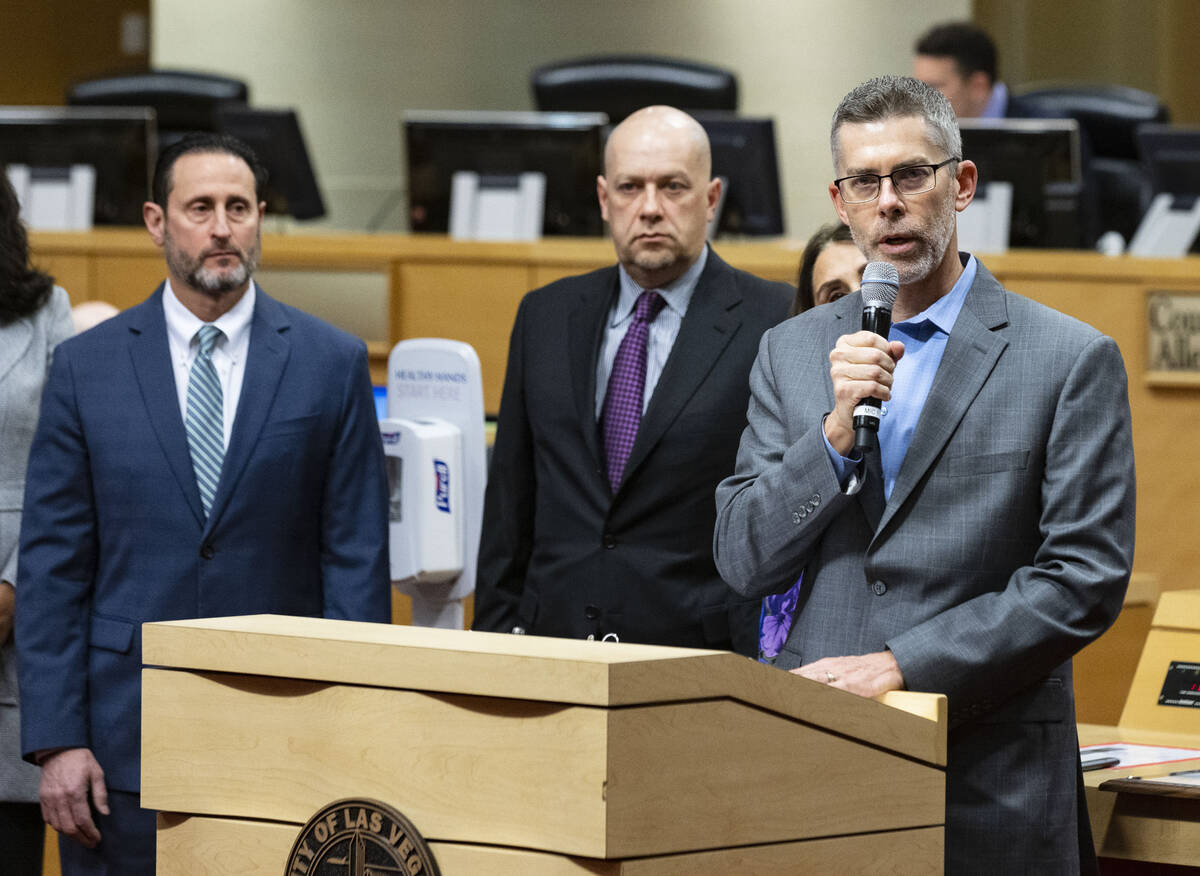 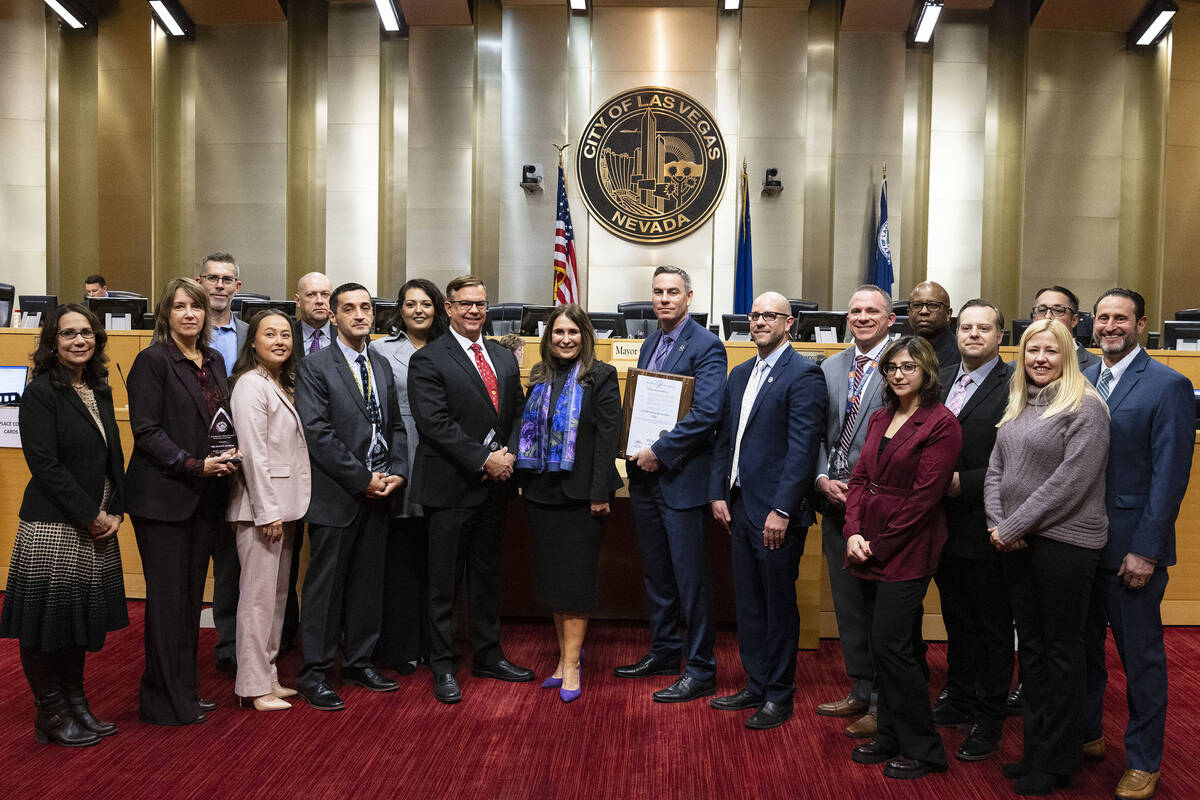 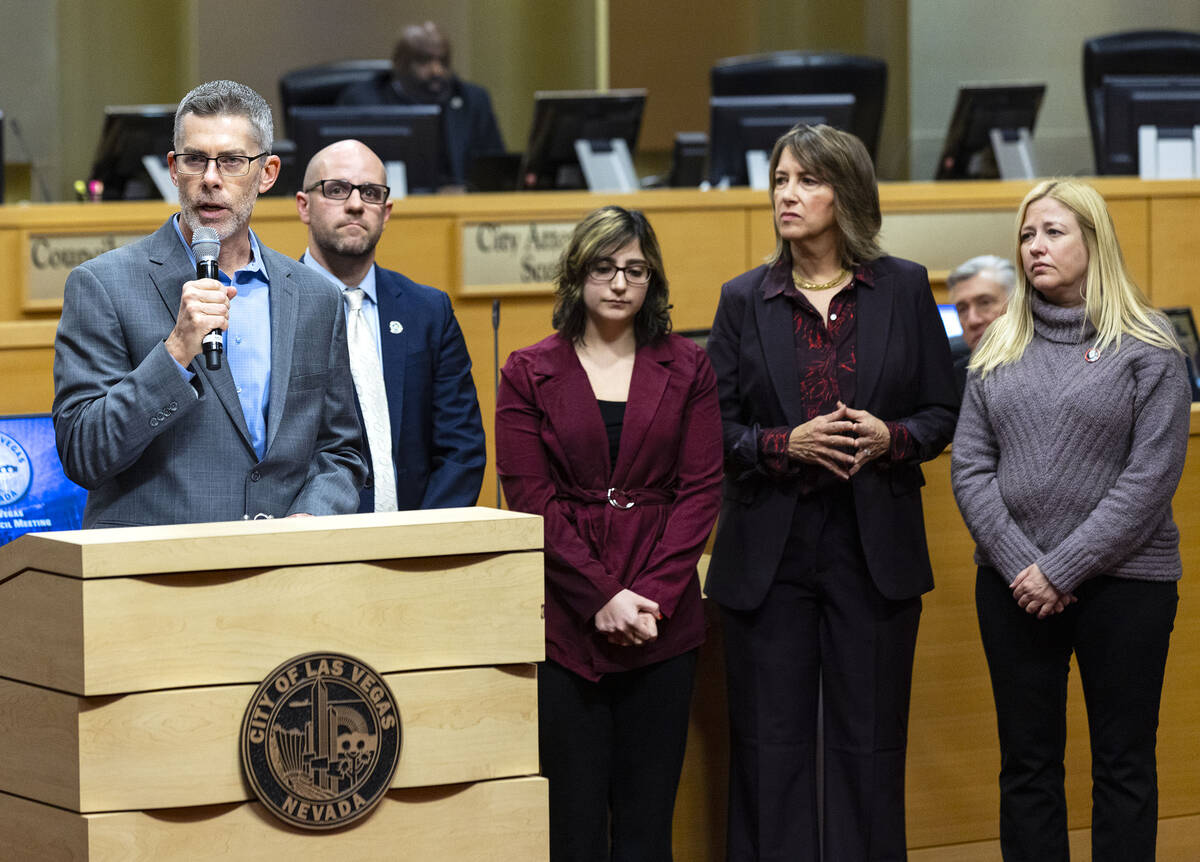 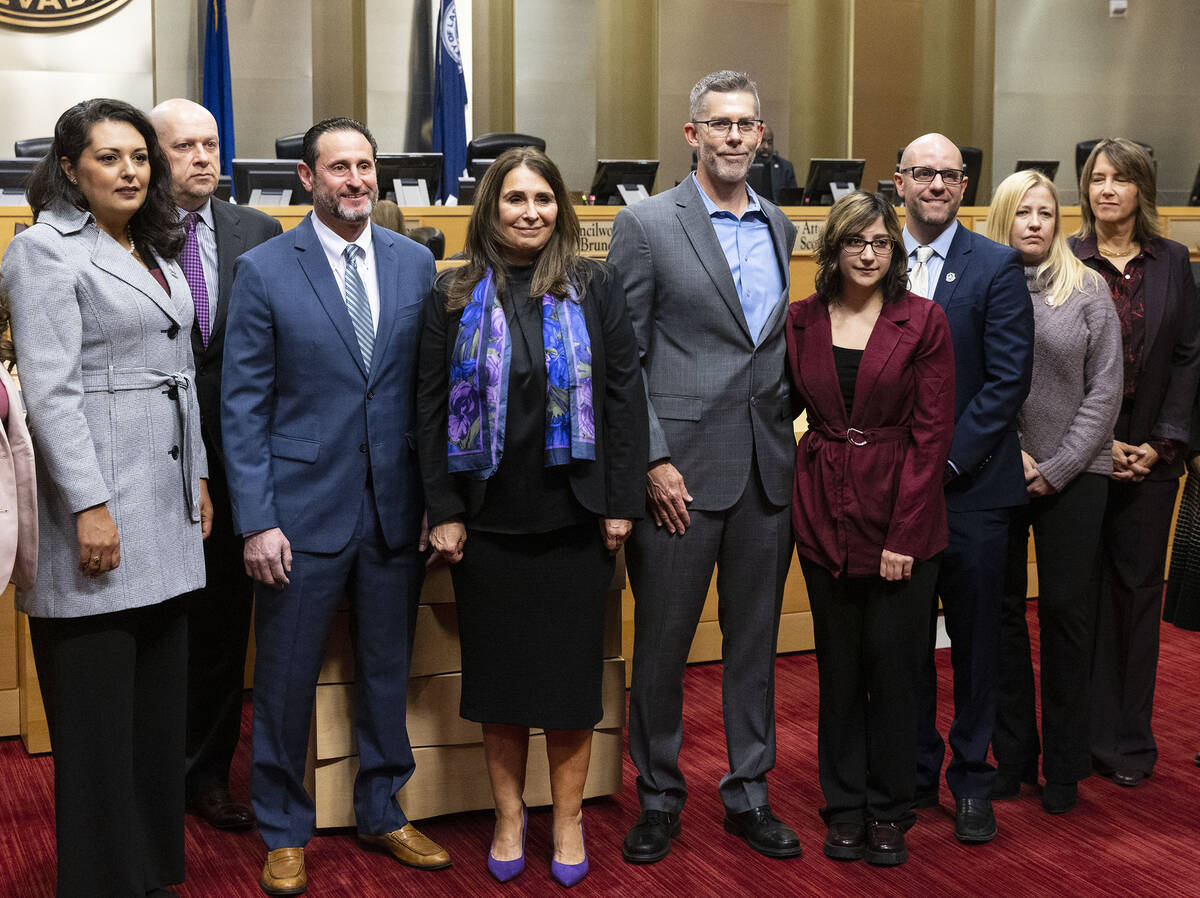 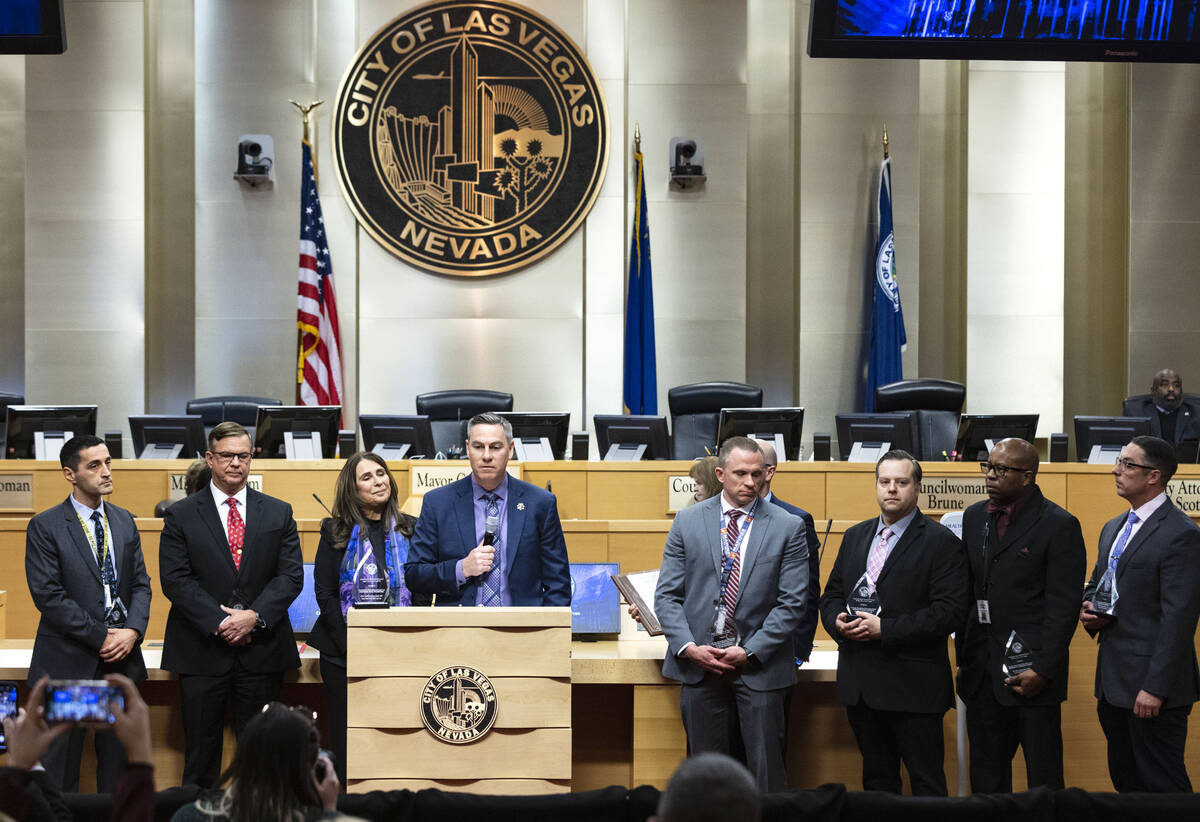 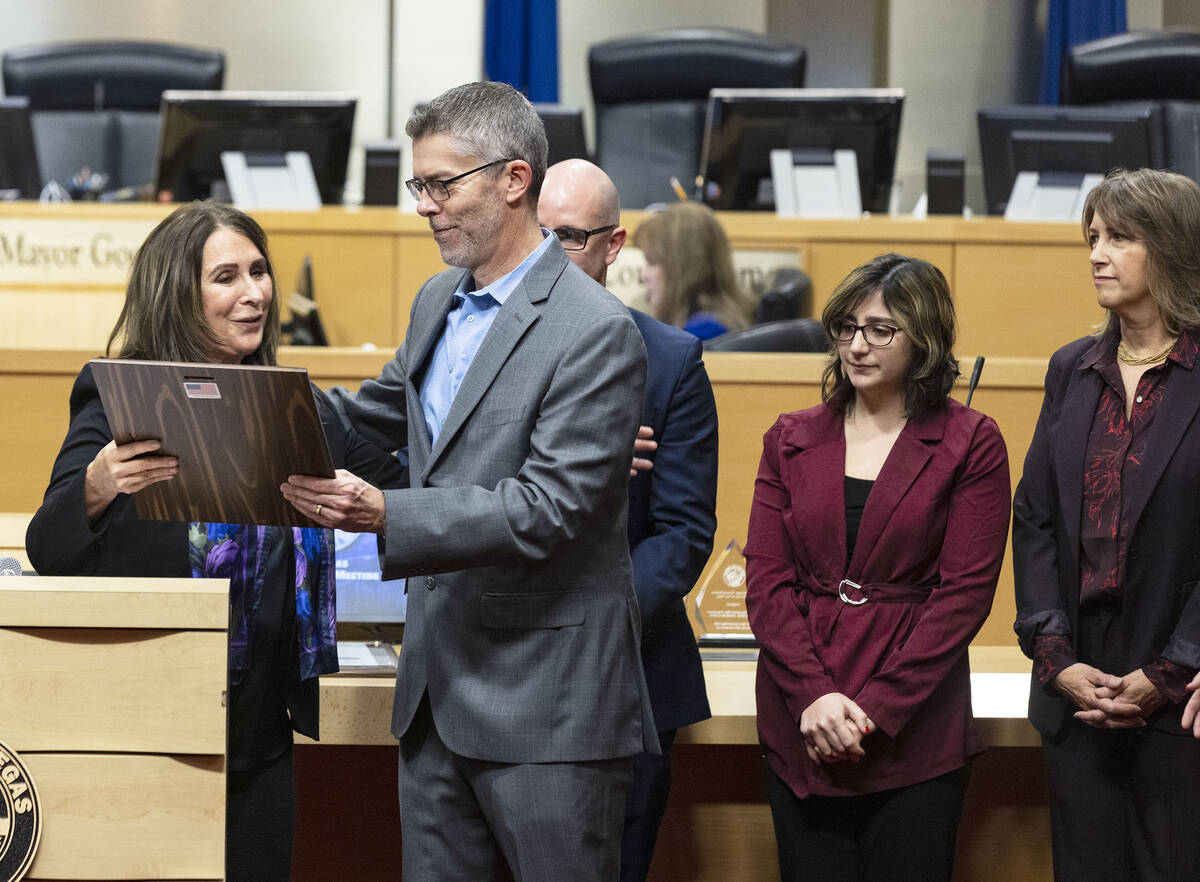 The Review-Journal investigative journalist and the Metropolitan Police Department detectives who investigated his killing were honored Wednesday with proclamations at City Hall.

“Today is a bittersweet day to recognize some well-deserved, professional individuals,” Councilwoman Victoria Seaman said before talking about German’s legacy.

“I was interviewed by Jeff several times and was always impressed by his professionalism and fairness,” she added.

Telles, 46, awaits trial on a murder charge. German, whose career spanned three decades, was posthumously inducted into the Nevada Newspaper Hall of Fame.

His family released a statement Seaman read from during Wednesday’s ceremony before the regular City Council meeting.

“It is with sadness that we accept this in Jeff’s memory,” she said. “If Jeff were here today, he would be extremely honored.”

Seaman had Review-Journal staff come up to the dais to witness the reading of the proclamation.

Glenn Cook, the newspaper’s executive editor, spoke about German’s dedication to the journalism craft and the depth of knowledge lost with his death.

“Jeff never wanted to do anything else” and never thought about retiring, Cook said. “He was going to work until we ripped the pen and notebook from his hand.”

Cook added: “Jeff made a difference in this community. Jeff did a lot of really important work that otherwise would not have come to light.”

Metro’s homicide unit was then called to the front.

“This case was a shock-the-conscience case for our department, and we made this case our No. 1 priority on the department because of the violence that occurred in this event,” said Lt. Jason Johansson, who was flanked by his team.

“These detectives worked around the clock on this investigation until it was quickly resolved,” he added. “We’re blessed with the collaboration of the entire department.”