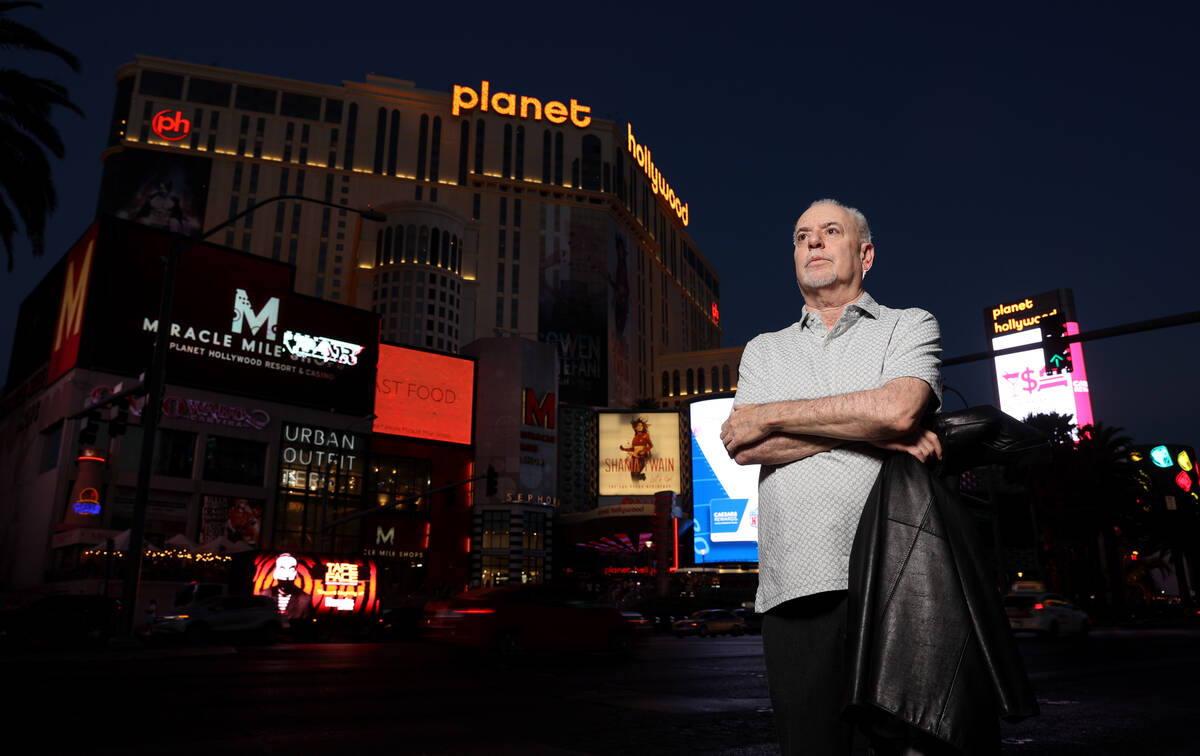 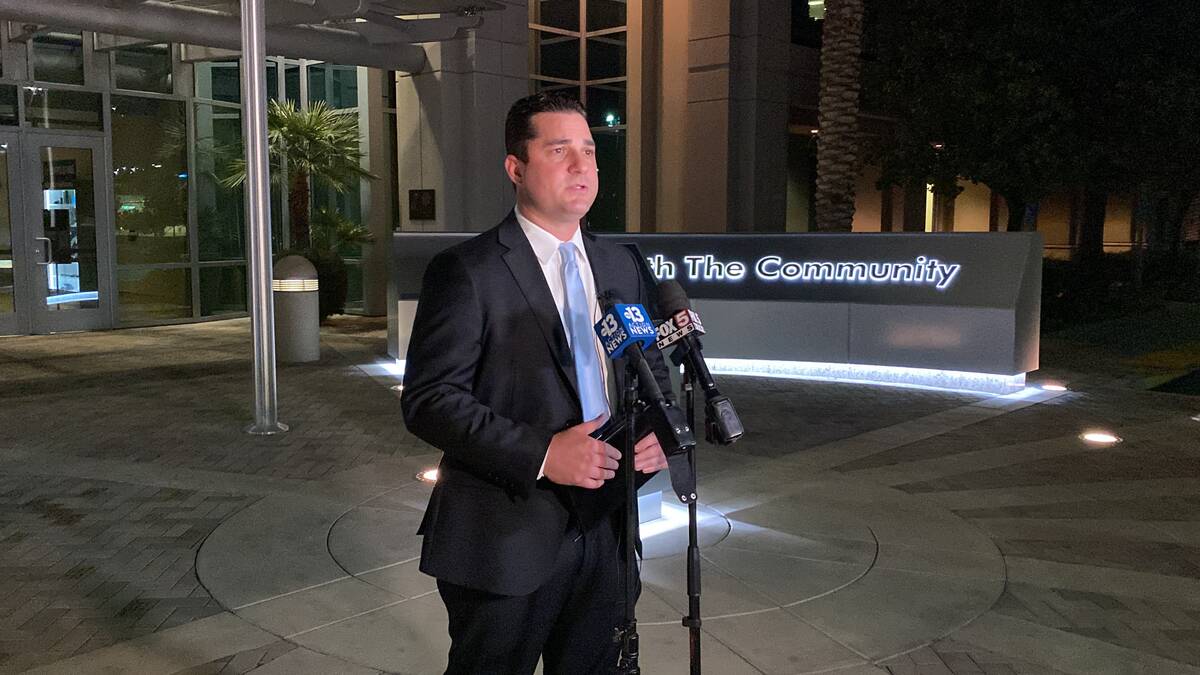 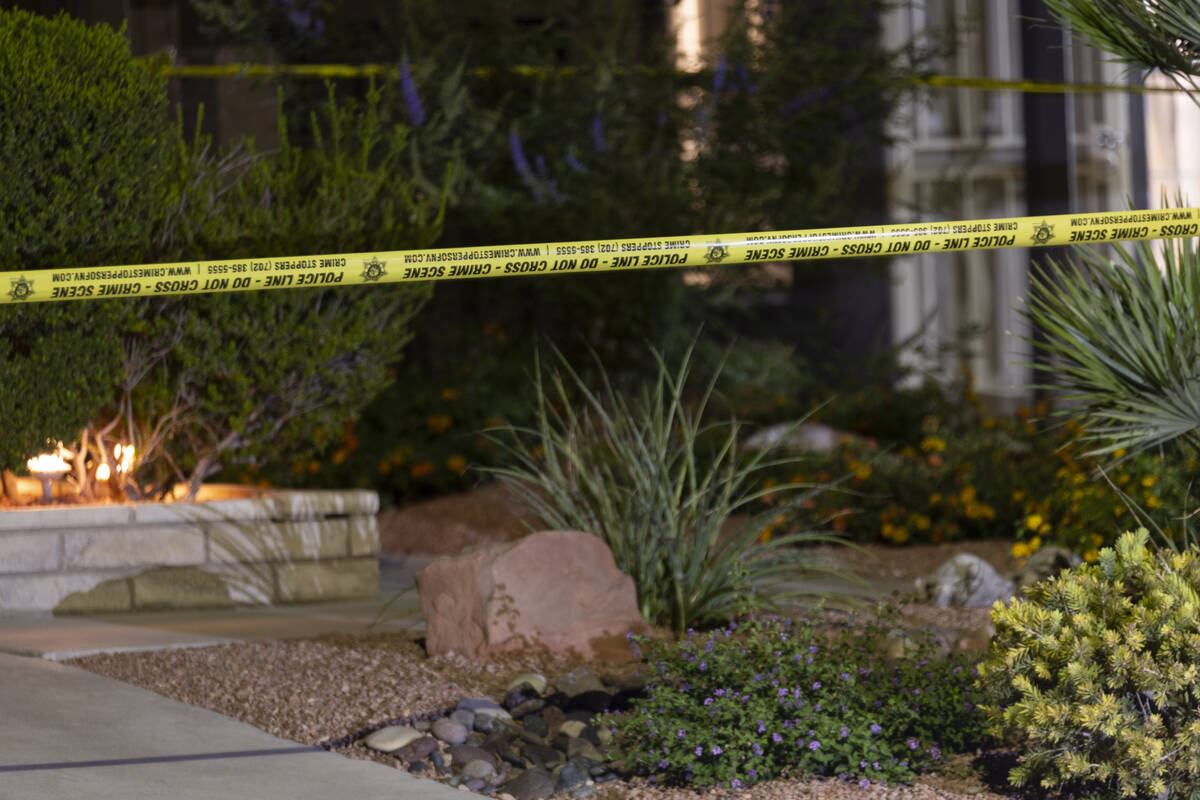 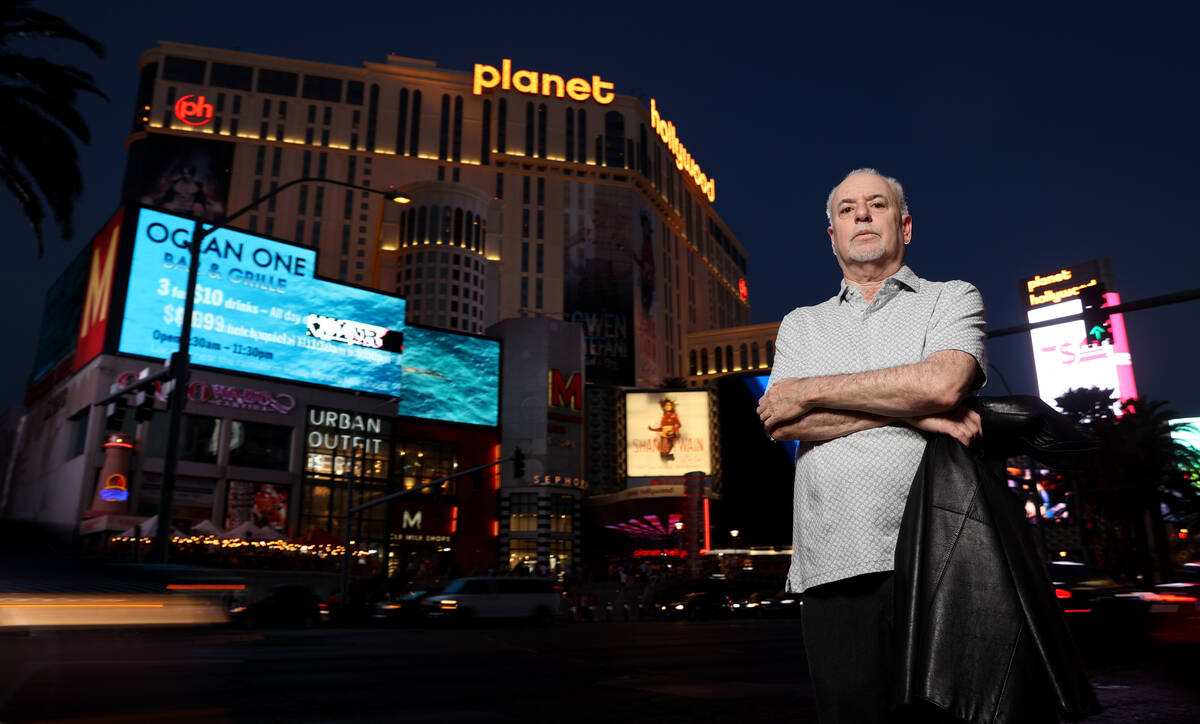 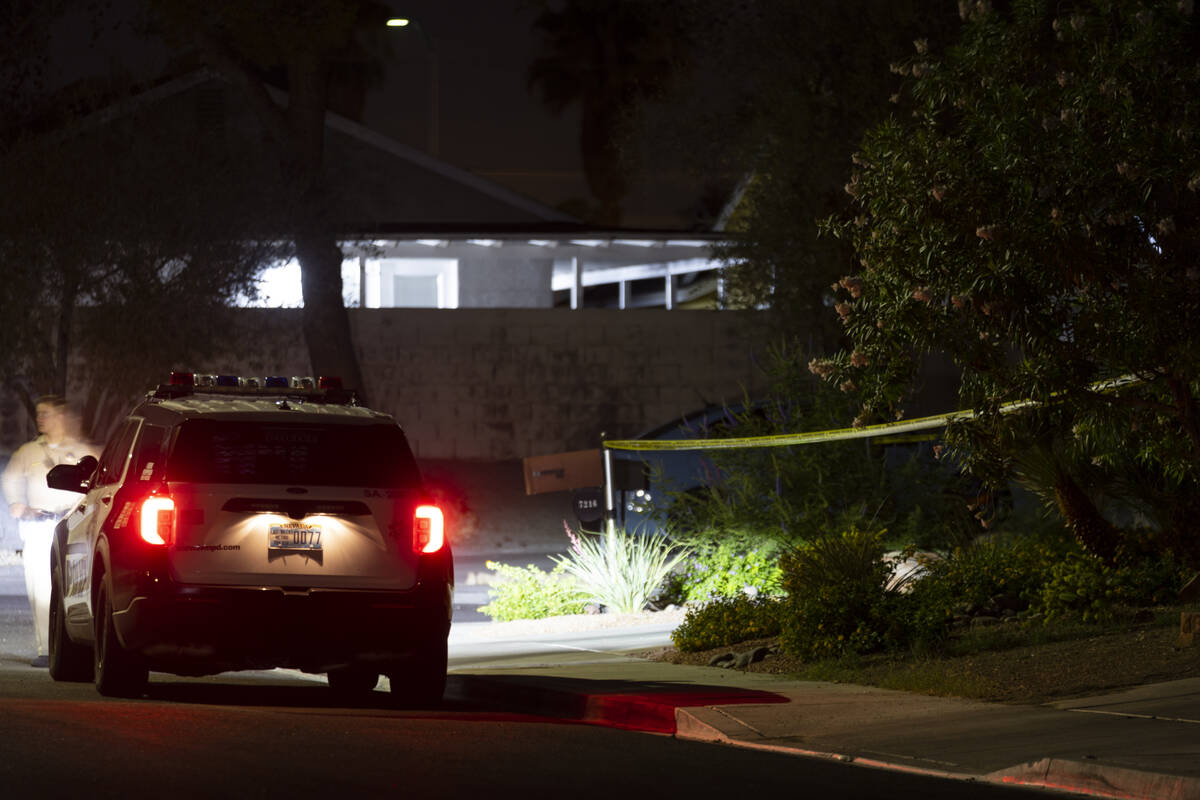 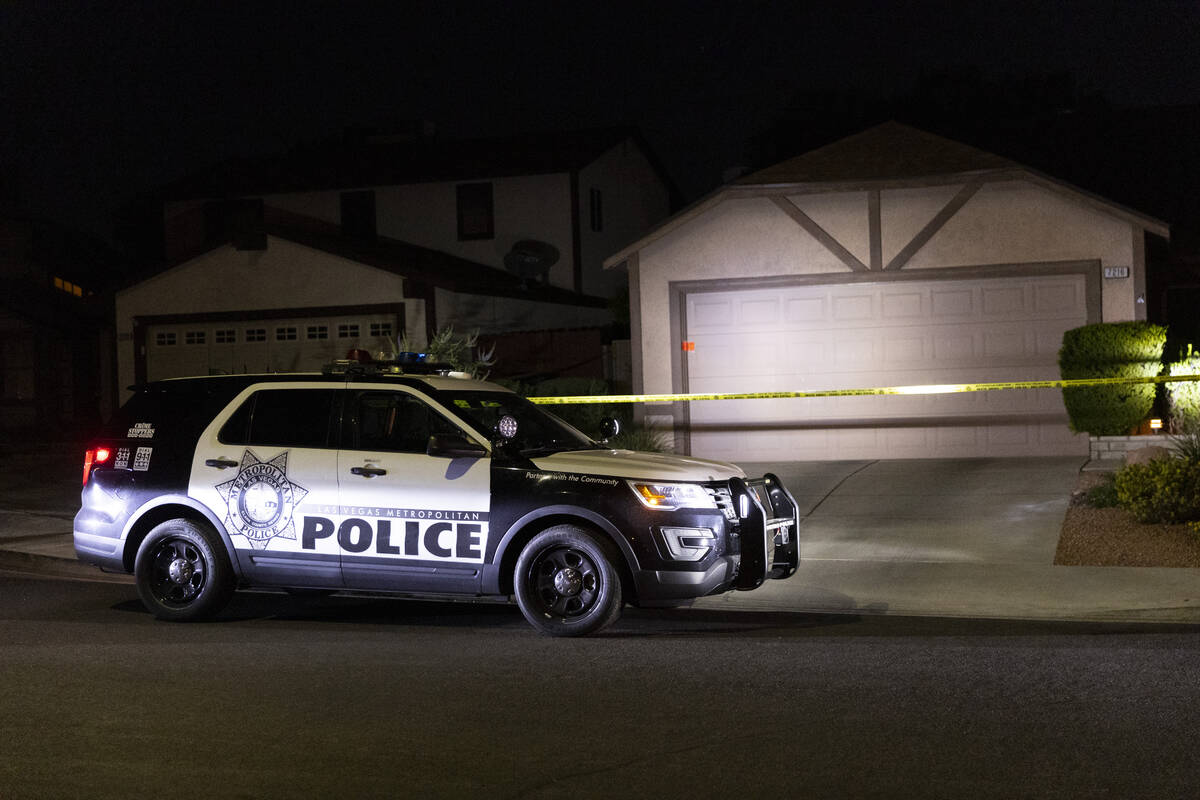 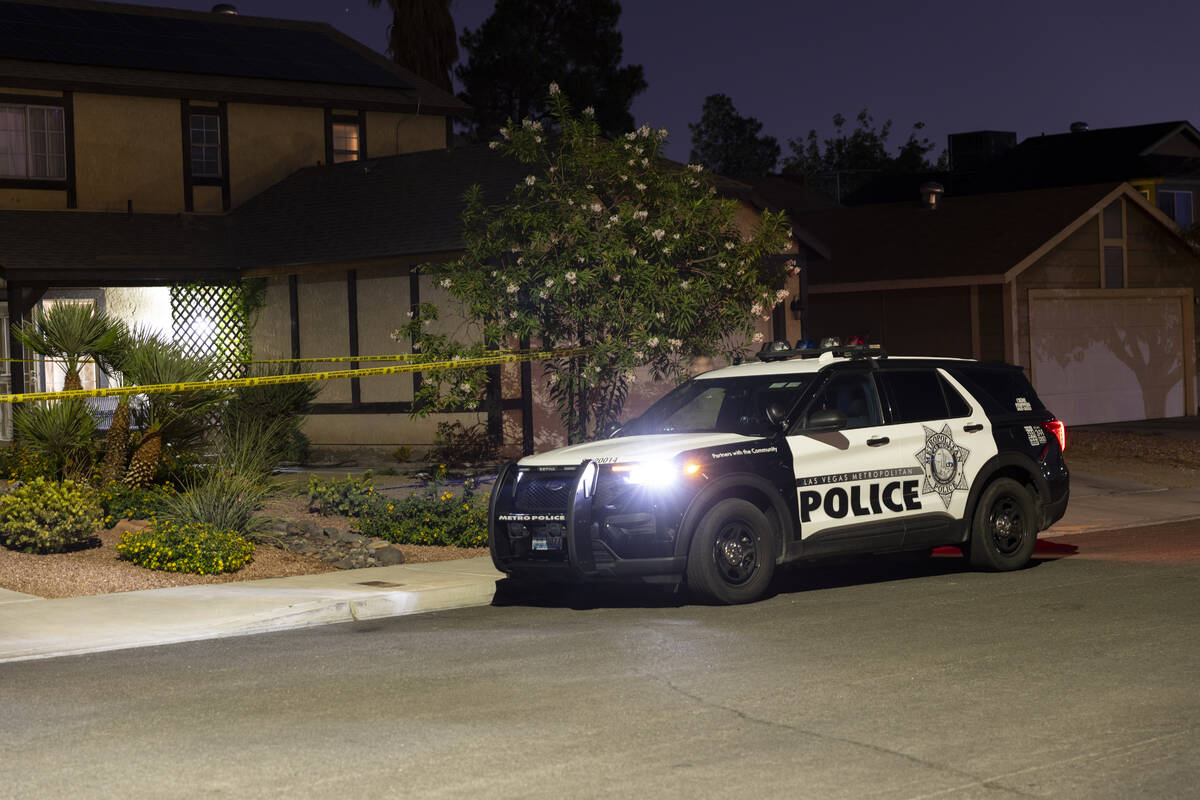 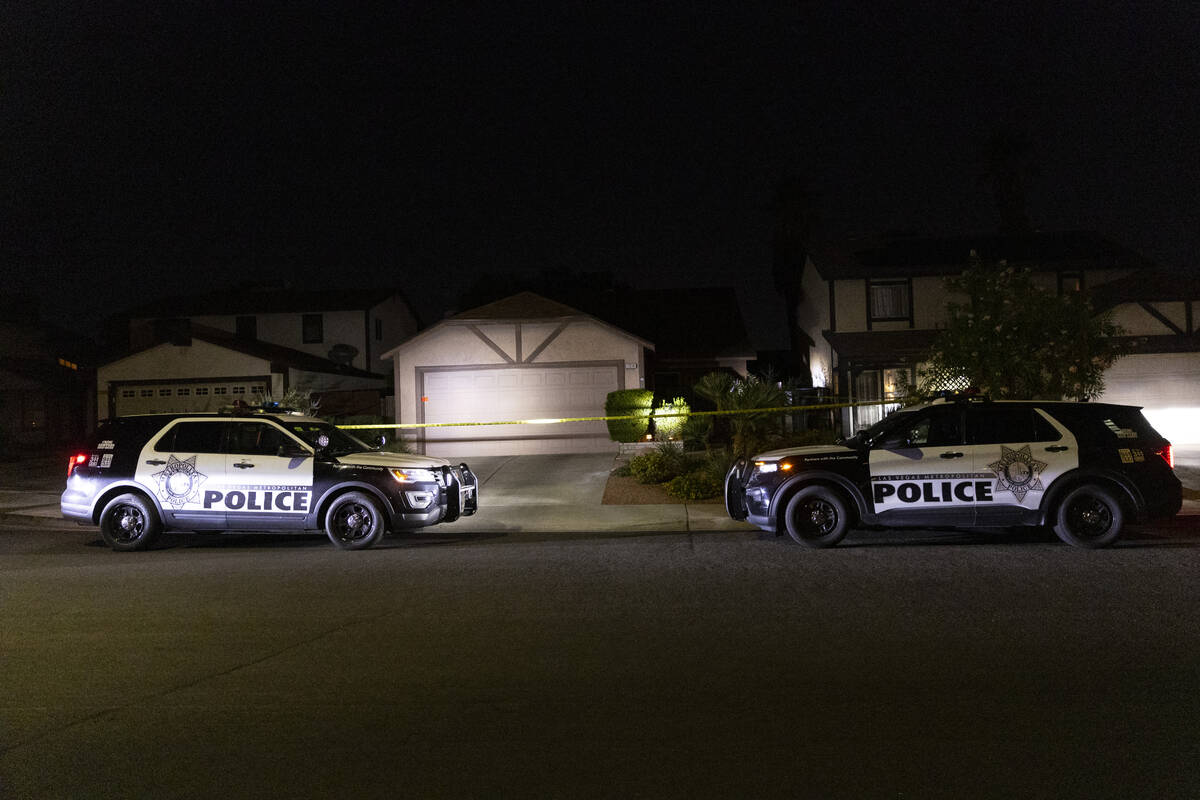 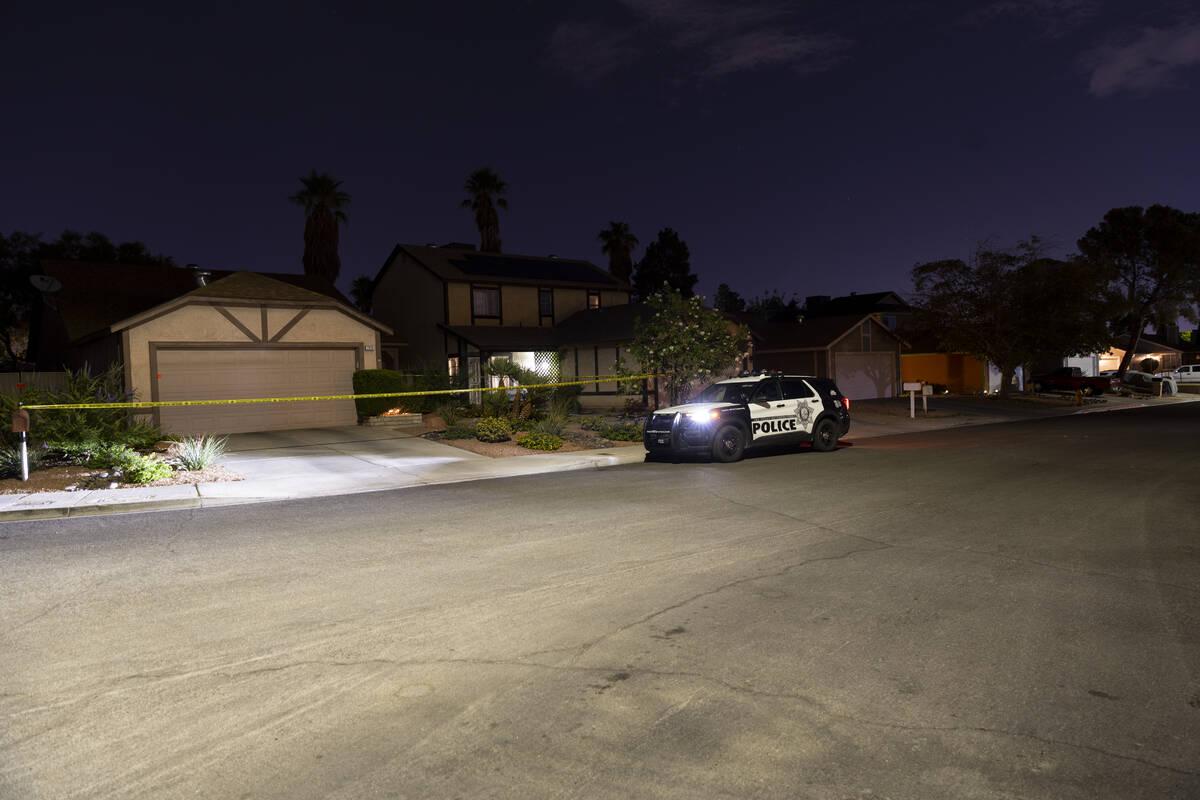 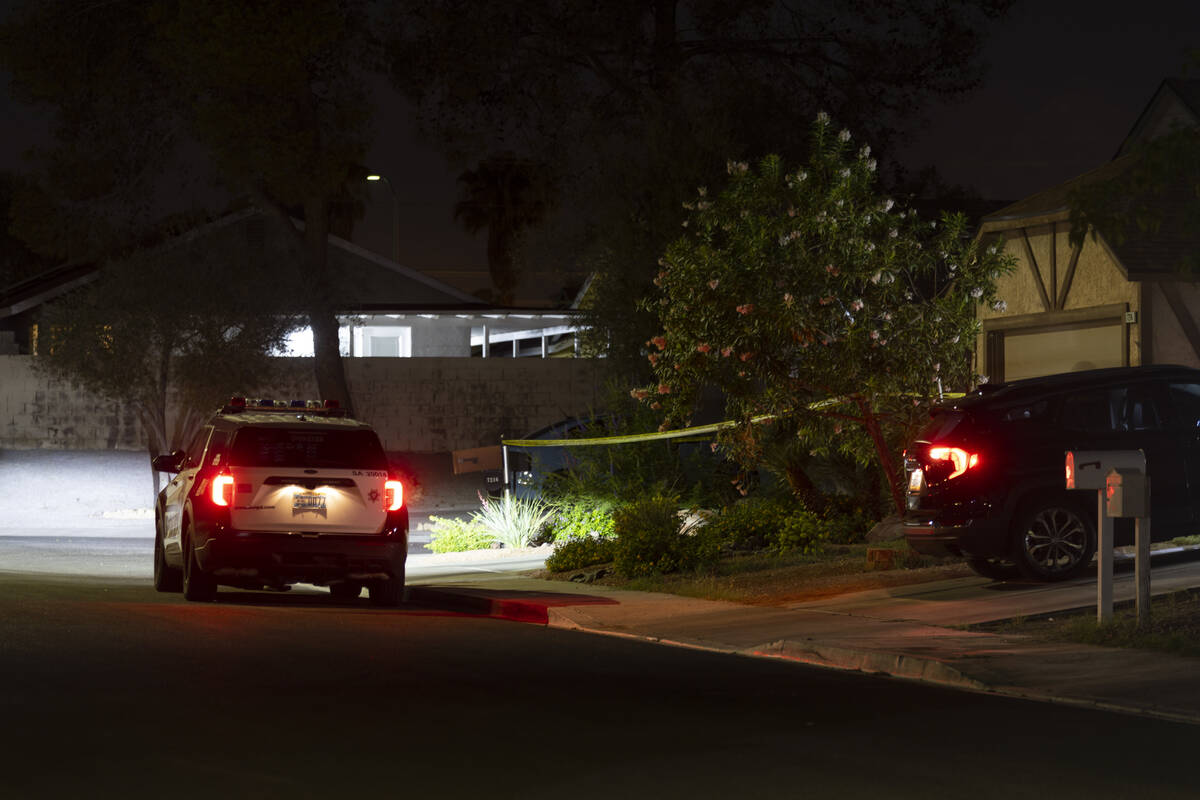 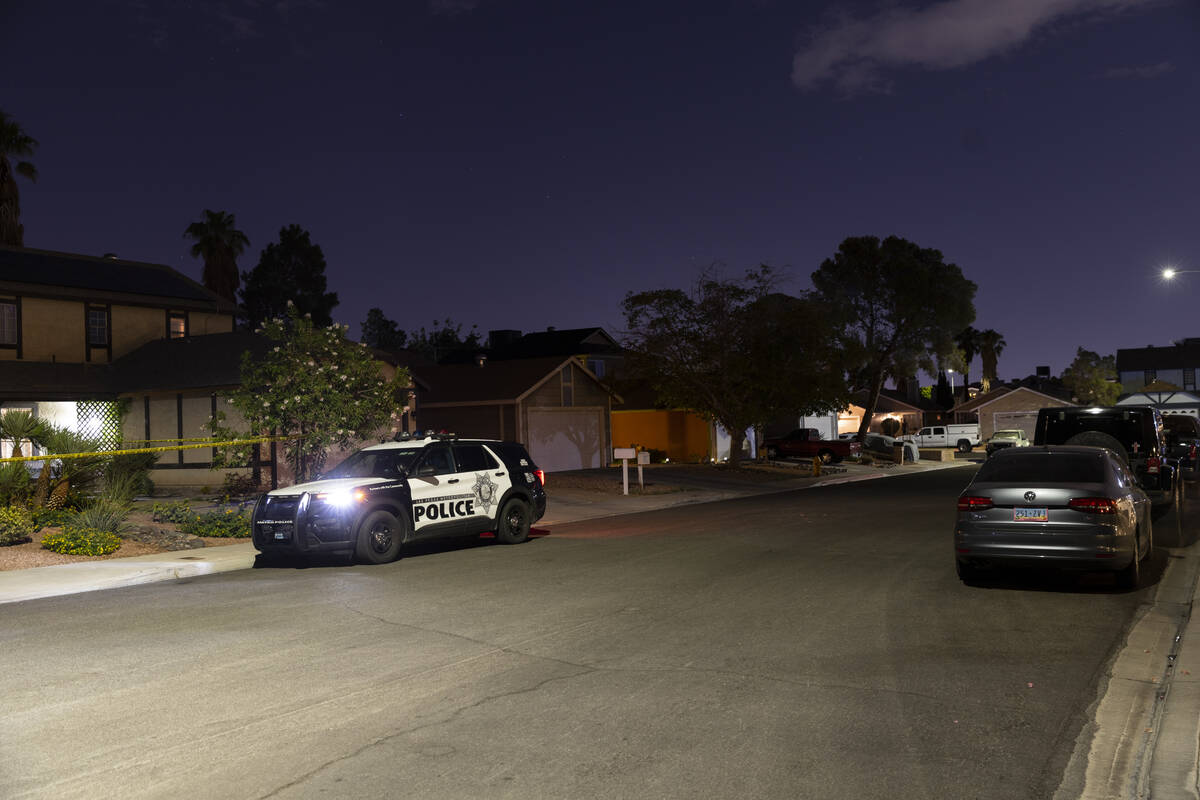 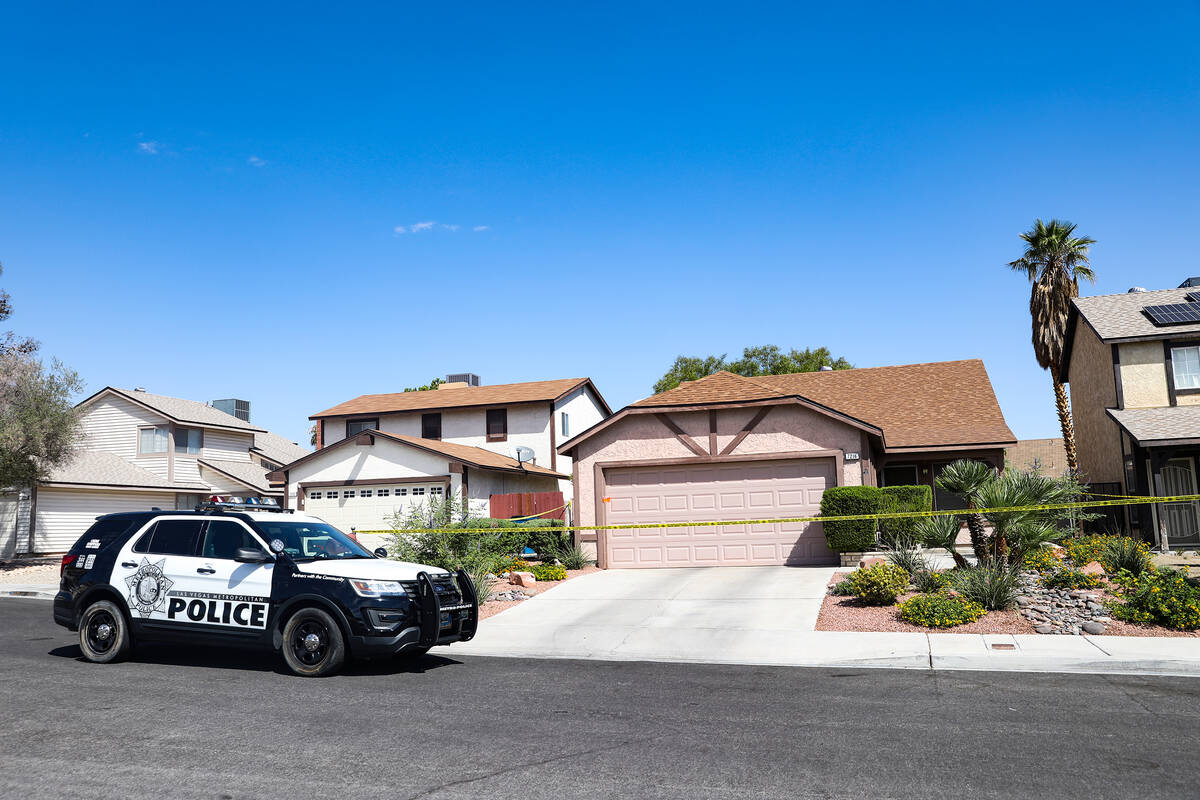 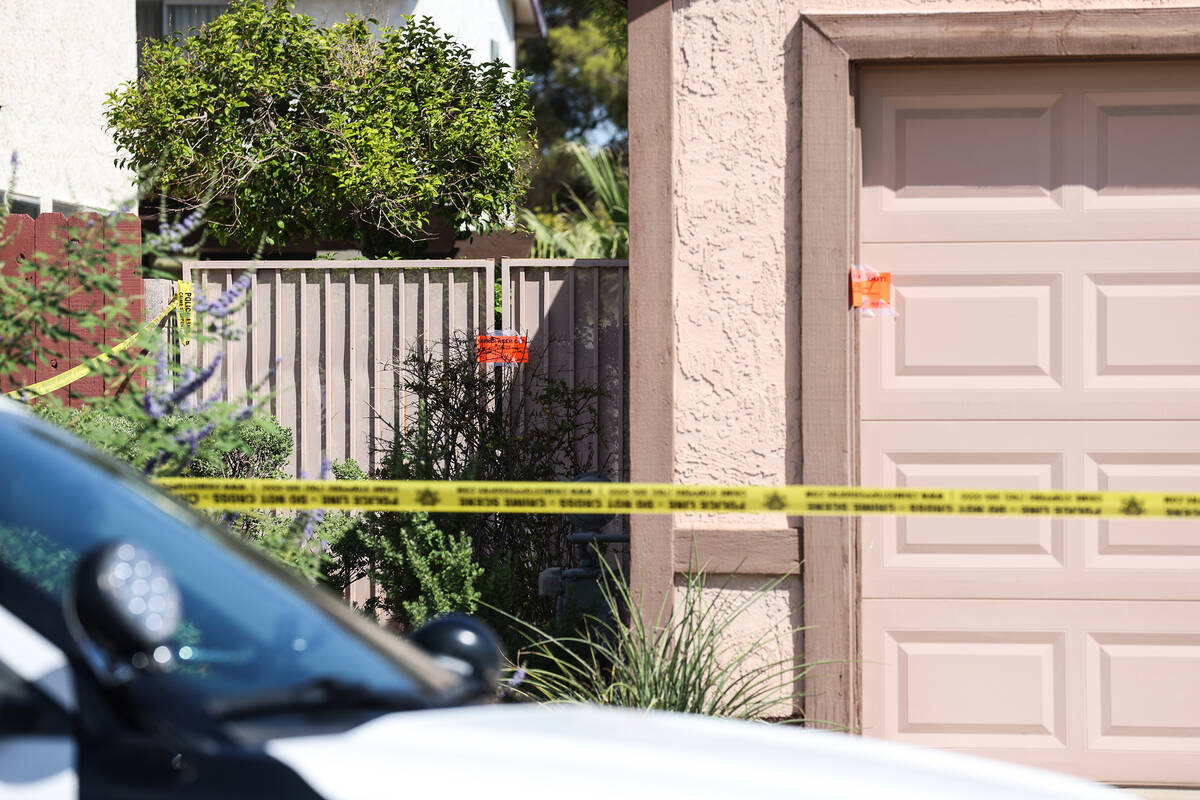 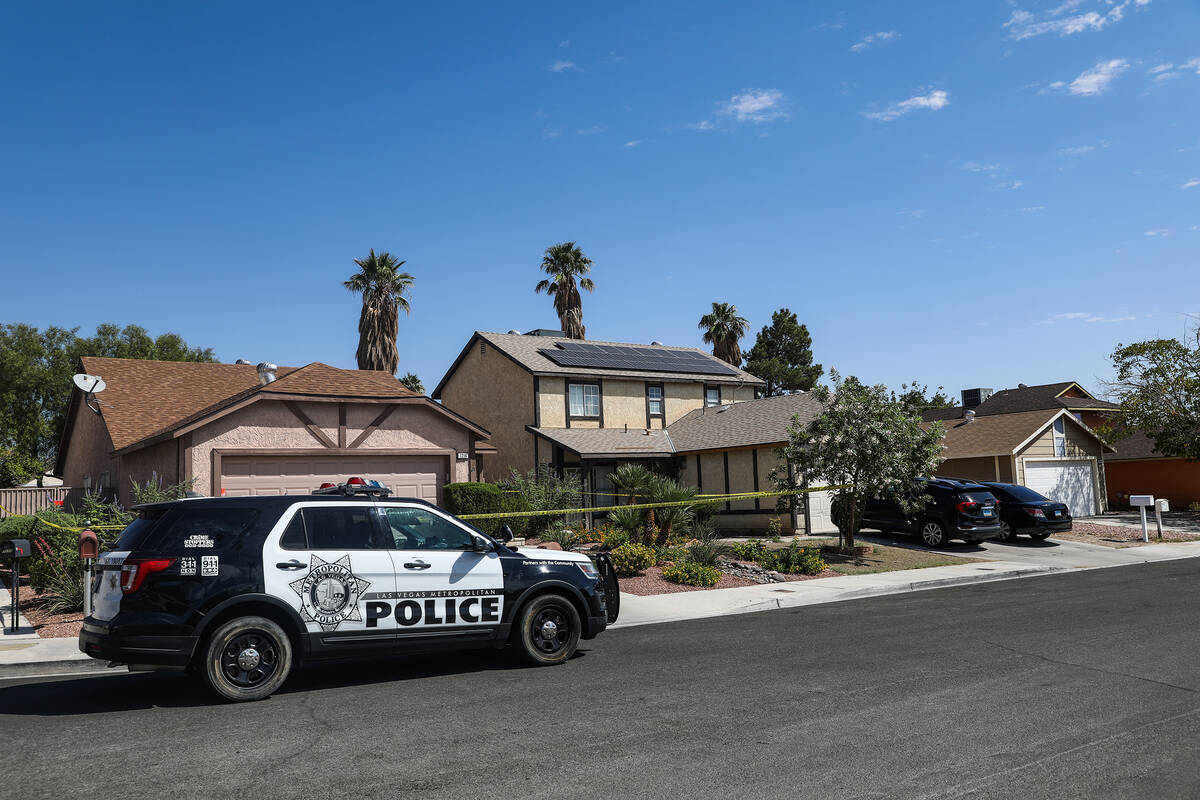 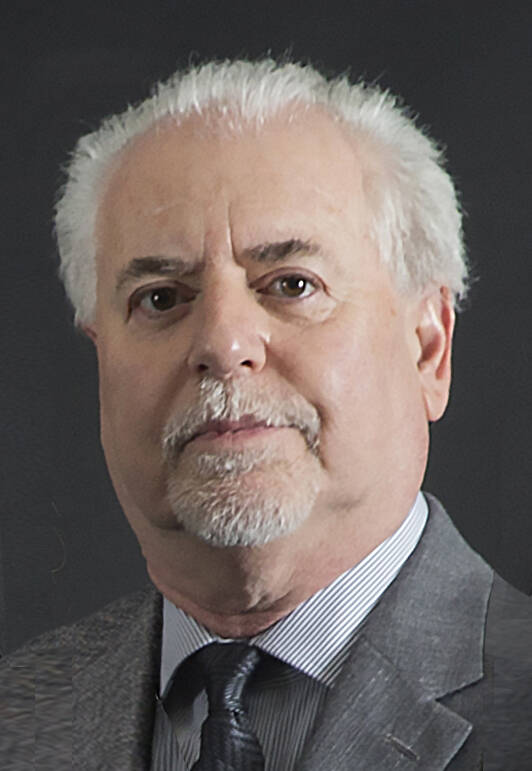 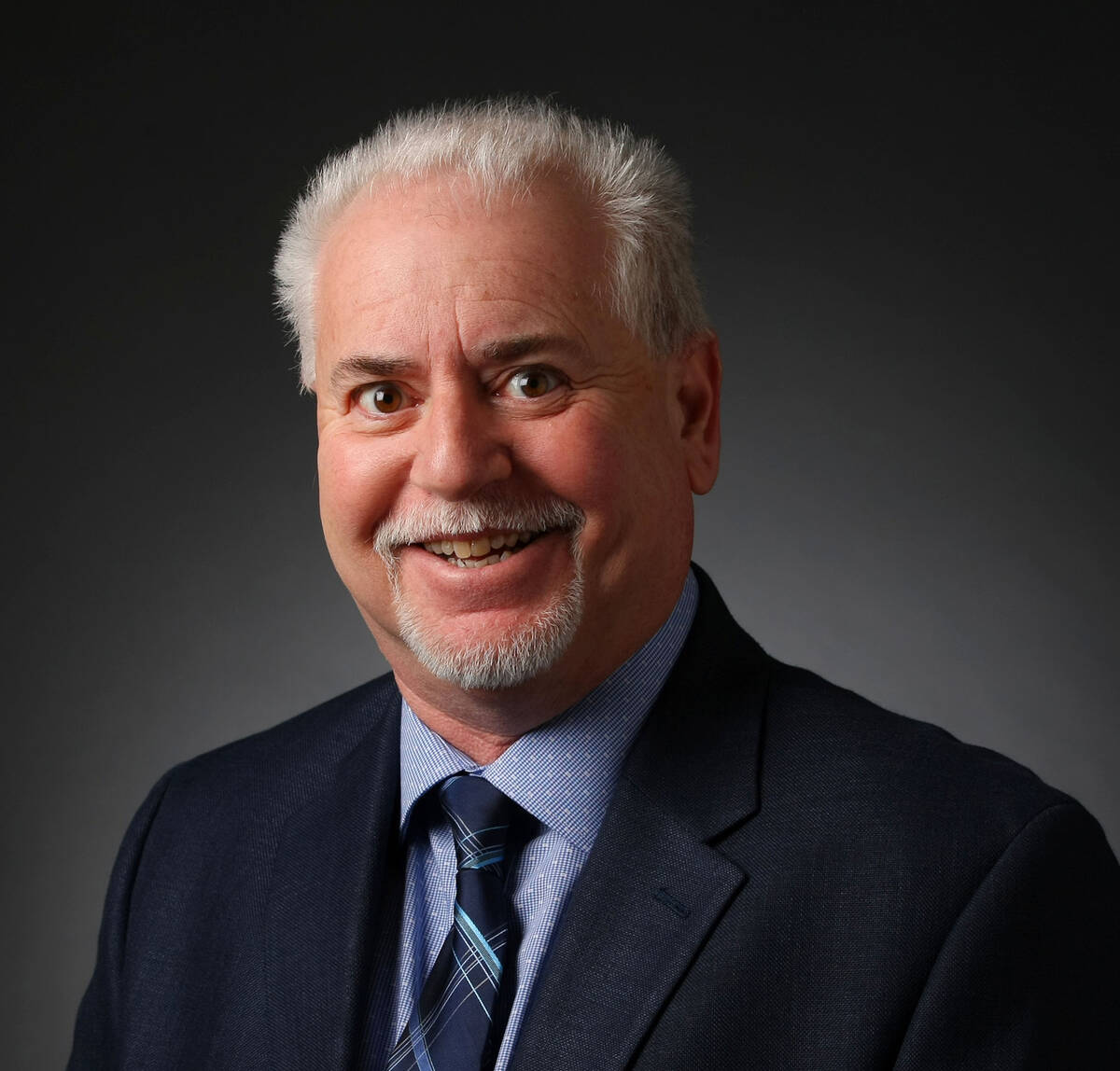 Las Vegas Review-Journal investigative reporter Jeff German, one of Nevada’s most accomplished and trusted journalists, was found dead with stab wounds outside his home Saturday morning.

German, whose work in Las Vegas spanned four decades, made a career of breaking big stories about everything from organized crime and government malfeasance to political scandals and the Oct. 1 mass shooting.

“The Review-Journal family is devastated to lose Jeff,” Executive Editor Glenn Cook said. “He was the gold standard of the news business. It’s hard to imagine what Las Vegas would be like today without his many years of shining a bright light on dark places.”

Las Vegas police said Sunday morning the homicide investigation is a top priority for the department.

“LVMPD enacted its major case protocol Saturday in the homicide investigation,” the department said. “This brings together a variety of resources to maximize the investigative effort and apply a sense of urgency to the apprehension of the suspect.”

Police responded to the 7200 block of Bronze Circle, near North Tenaya Way, around 10:30 a.m. Saturday after a person called 911 saying a neighbor was dead on the side of the victim’s house, according to Metropolitan Police Department Capt. Dori Koren.

Police found German, 69, with stab wounds outside of his home. Police believe he was in an altercation with another person on Friday in the late morning that led to him being stabbed.

“We believe the altercation took place outside of the home,” Koren said.

“We do have some leads. We are pursuing a suspect but the suspect is outstanding,” Koren said.

Koren said the stabbing is believed to be an isolated incident and that there is no threat to the public. Clark County spokesman Dan Kulin said Sunday afternoon the county coroner’s office determined German died “from multiple sharp force injuries.” The manner of death is homicide.

“Our thoughts are with Jeff’s family and friends during this difficult time,” Kulin said.

Cook said German had not communicated any concerns about his personal safety or any threats made against him to anyone in the Review-Journal’s leadership.

“I’m relieved that police have identified a suspect, and I hope an arrest can answer the question we are all asking right now: Why would someone kill Jeff?” Cook said.

“This was a senseless act of violence,” Goodman said. “Loss of life in this manner is always shocking and must stop. We will be closely following the police investigation.”

German joined the Review-Journal in 2010 after more than two decades at the Las Vegas Sun, where he was a columnist and reporter who covered courts, politics, labor, government and organized crime. Former Sun reporter and author Cathy Scott said Sunday German labored hard to cover the city and its happenings.

She remembered how she and German were the first reporters to break the story of the killing of Las Vegas mafia associate Herbert “Fat Herbie” Blitzstein in 1997 in Las Vegas. German, she said, covered a lot of organized crime stories.

“He was a hard news guy,” Scott said. “He worked hard and had tons of sources … a dyed-in-the-wool newsman. That’s who he was. He was dedicated to the craft.”

Geoff Schumacher is the vice president of exhibits and programs at The Mob Museum in downtown Las Vegas. He worked with German at the Sun when German was a lead reporter at the newspaper under the direction of former Nevada governor and Editor Mike O’Callaghan. Schumacher said German broke a lot of exclusive stories and was “in the trenches” documenting organized crime in Las Vegas.

“Jeff was totally dedicated to his work as a reporter,” Schumacher said. “He was not someone who it was, ‘Maybe I’ll be a reporter for a while and then I’ll go do something else.’ He was a reporter probably from birth to death. Ink was running very heavily in his veins.

“It didn’t surprise me even at this latter part of his life he was still a working reporter,” Schumacher said. “He liked digging for stories. He liked interviewing people. He liked tracking down facts. He obviously wanted to scoop the competitors and he worked very hard at that.”

His investigative work always had an impact, with many of his stories leading to reforms or personnel and policy changes.

In recent years, his reporting exposed failures in city inspections before the deadly Alpine Motel Apartments fire in 2019; claims of bullying, hostility and mismanagement at the Clark County’s public administrator’s office; and extremist activity in Southern Nevada.

He broke the news that City Councilwoman Michele Fiore’s campaign finances were under scrutiny by the FBI and reported that city officials had deleted surveillance videos of an altercation with fellow Councilwoman Victoria Seaman, despite the Review-Journal requesting copies under Nevada’s public records law. German also partnered with investigative reporter Art Kane to show sexual harassment claims and lax oversight plagued the Clark County coroner’s office for years.

German was the writer and host for Season 2 of “Mobbed Up: the Fight for Vegas,” the Review-Journal’s acclaimed true-crime podcast. The eight episodes from 2021 trace the rise and fall of organized crime through the lens of an unlikely witness: Wayne Newton.

The Aladdin Hotel and its ties to the Detroit mob in the late 1970s were the focus of the audio project, a partnership between the Review-Journal and The Mob Museum. German told the story through extensive interviews with prosecutors and elected officials, along with his recollections from covering the mob in those days.

“He was able to recapture the story of the Aladdin Hotel and everything that had transpired there in a very clear, concise way in that podcast in a way that would have been difficult to trace if you just went back to the news articles,” Schumacher said, adding that as a beat reporter decades earlier, German “was right in the thick of that Aladdin Hotel situation.”

German and other members of the Review-Journal’s investigative team conducted a yearslong, rolling investigation of the Las Vegas Convention and Visitors Authority starting in 2017. The reporters examined more than 32,000 pages of receipts from the authority’s top executives and wrote a story that revealed lavish purchases on high-end entertainment, gifts for employees and first-class trips overseas for elected officials who serve on the agency’s board.

Other stories disclosed that convention authority security officers were diverted from their jobs to chauffeur key officials to events around town, and that the agency handed out more than $125,000 worth of iPads, golf clubs and other pricey items with little or no accounting. In response to the stories, the convention authority accepted an accounting firm’s recommendations to cut some spending and limit gifts and travel of its board members.

The stories sparked an audit that found thousands of dollars worth of Southwest Airlines gift cards were misused by top executives. The audit led to criminal charges that were settled for several of the defendants in 2020, as well as a sweep out of executive leadership, including the replacement of longtime CEO Rossi Ralenkotter.

Amid the Review-Journal investigation of the agency, Las Vegas suffered the worst mass shooting in modern American history, when a Mandalay Bay high-roller fired into a crowded outdoor concert from his 32nd-floor suite, killing 60 people and himself. Several days after the shooting, German reported exclusively that the shooter had fired at two nearby jet fuel tanks — striking one of them but not causing any damage — before he turned his attention to the concert site. That led to calls for better security around the tanks and an independent review that recommended stronger protections.

German also learned that it had been years since key public safety officials in Nevada had seen an emergency response plan from a Strip casino, including Mandalay Bay. He led an investigation that found state officials had been lax in forcing casinos to comply with a 2003 state law to file the plans. The lack of oversight was documented in records German obtained, and officials admitted that they had no standards to judge whether plans submitted by the casinos were even workable. Responding to the story, the state created a task force to revamp the law and strengthen requirements on casinos.

German got the story about a felon who beat charges of robbing three jewelry stores because of government misconduct — and then returned to the scene of one of the stores to rob it again.

And he was the lead writer on an investigative story that revealed that Clark County District Attorney Steve Wolfson had decided not to prosecute a longtime aide who stole nearly $42,000 from his 2014 campaign to fuel a video poker habit. Rather than put the aide, Audrie Locke, through the criminal justice system, Wolfson allowed her to quietly resign and get gambling addiction treatment. She paid back the money and was rehired after she completed treatment.

The theft remained a secret for more than three years until German and a fellow reporter obtained copies of personal emails between Wolfson and Locke discussing the theft in 2014. After Wolfson and Locke were confronted with the emails, both agreed to interviews and confirmed the hushed-up scandal.

Wolfson was criticized for appearing to give special treatment to his close aide, and, as a result of the story, he drew an opponent in his re-election race and lost key endorsements.

German held a master’s degree from Marquette University and was the author of the 2001 true-crime book “Murder in Sin City: The Death of a Las Vegas Casino Boss,” the story of the death of Ted Binion, heir to the Horseshoe Club fortune.

Tributes to German were many across Nevada and the Las Vegas Valley on Sunday.

Gov. Steve Sisolak called German’s death “a tragic loss for our community,” adding German “was tough but fair and a great mentor to young reporters.”

Rep. Dina Titus, D-Nev., said she was saddened by the loss.

“He was a fearless reporter and never shied away from tough stories no matter who was involved,” Titus tweeted. “Many exposed need for reform which made our city better.”

A private service will be held Wednesday.