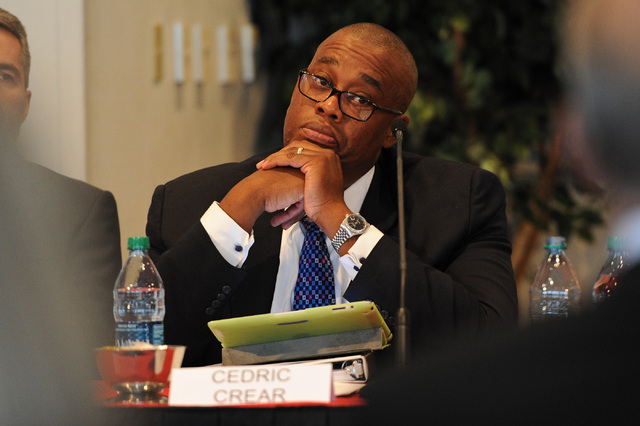 NHSE Board of Regents member Cedric Crear is seen at a UNLV stadium board meeting on campus at the Si Redd Room in Las Vegas Monday, Oct. 7, 2013. Crear said Tuesday he intends to run for the Las Vegas City Council Ward 5 seat in 2019. (David Cleveland/Las Vegas Review-Journal) 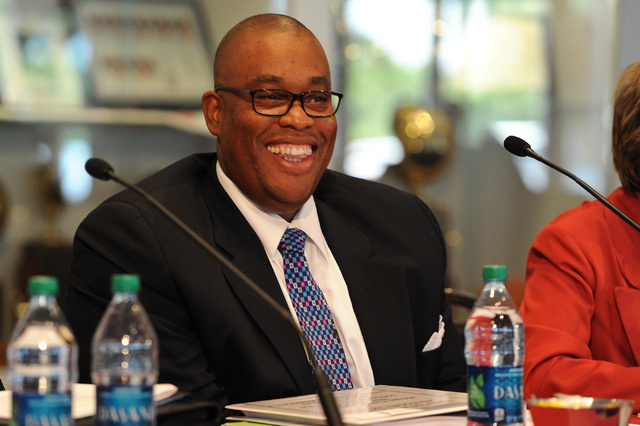 NHSE Board of Regents member Cedric Crear is seen at a UNLV stadium board meeting on campus at the Si Redd Room in Las Vegas Monday, Oct. 7, 2013. (David Cleveland/Las Vegas Review-Journal) 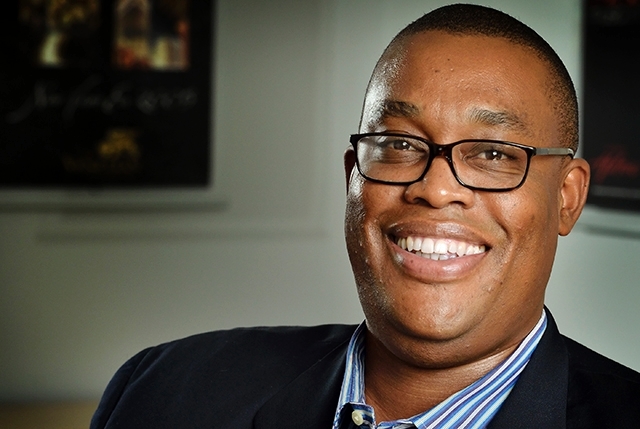 Las Vegas Planning Commissioner Cedric Crear made official on Tuesday his plans to run for the Ward 5 City Council seat, nearly two years before the next election.

Councilman Ricki Barlow has represented Ward 5 since 2007, but term limits will keep him from seeking re-election in 2019. Barlow appointed Crear to the Planning Commission in 2015.

“It’s an open seat and I’m in it to win it,” Crear said. “I wanted to start early; we’re in fundraising mode. The best way to garner that support is to get out as early as possible.”

“I’m excited to run, and for the opportunity to continue to serve the community,” Crear said.

Crear also represents District 1 on the Nevada Board of Regents, and is chairman of the Cultural Diversity and Title IX Compliance Committee. He was first elected to the board in 2006, and will term out at the end of next year, he said.

After working for years as marketing director for Stations Casinos, Crear founded the Crear Creative Group, a marketing, advertising and consulting firm.

Crear’s announcement comes as the dust is still settling from last month’s general election — the candidates who won Las Vegas City Council seats June 13 have yet to be sworn into office. Crear’s fundraising push for his council run began with a June 28 fundraiser at Main Street Station. Candidates are not required to submit contribution and expense reports to the secretary of state’s office for fundraising activity since June 9 until early 2018.

Ward 5 includes the Historic West Las Vegas neighborhood and parts of downtown. The ward is largely bordered by U.S. Highway 95 to the south and west.

Municipal races are held in the spring of odd-numbered years. The city’s three odd-numbered wards and the mayor will be on the ballot in 2019.