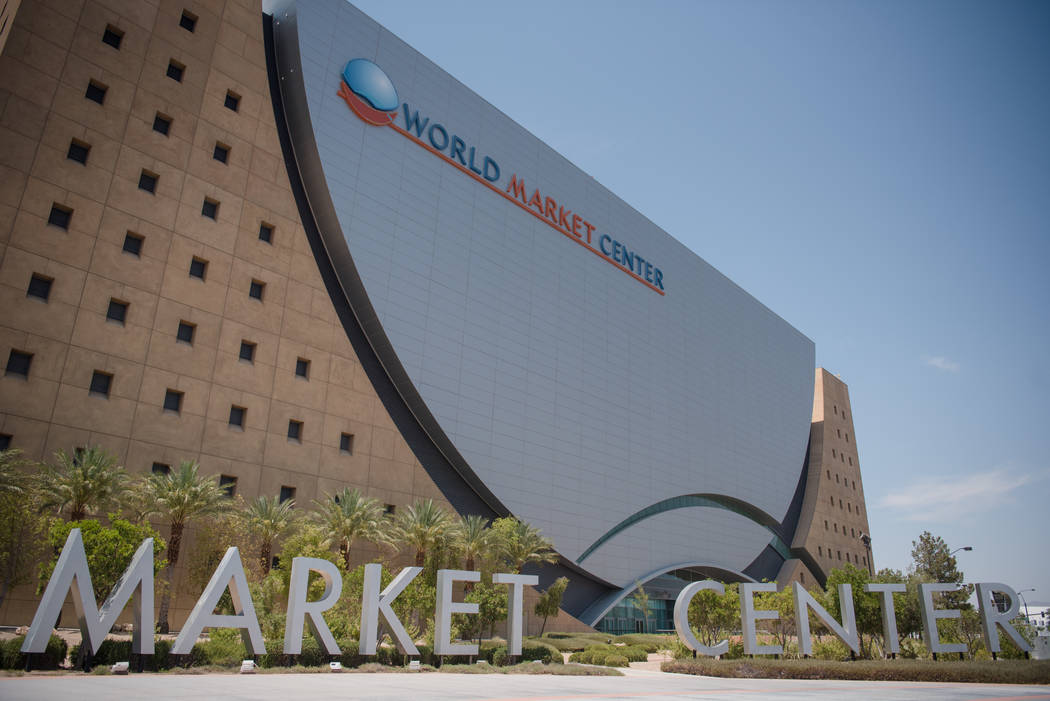 The city of Las Vegas and International Market Centers are poised to ink a deal to bring a multi-million dollar expo center to downtown Las Vegas.

International Market Centers plans to build a 350,000-square-foot expo center next to its World Market Center, which would be the largest new construction project in downtown Las Vegas in the last few years.

The $76 million project would be funded in part by $30 million in tax increment financing from the city of Las Vegas — reinvesting new taxes the development generates, back into the project.

“It’s a big investment, but we really think this investment is going to be a catalyst and generate private investment downtown,” the city’s Economic and Urban Development Director Bill Arent said.

The redevelopment agency is slated to vote Wednesday on a term sheet, which is nonbinding, laying out the project plans and the financing.

The city mothballed the Cashman Center exhibition space at the end of last year, leaving some trade show operators who had used the space for years scrambling to find a new venue.

At 350,000 square feet, the new project would be three times the size of the Cashman facility, but significantly smaller than some of the major convention facilities on or near the Strip.

International Market Centers estimates when the expo center is at peak occupancy, it will generate $97 million in visitor spending downtown.

“For us downtown, this is enormous,” Mayor Carolyn Goodman said. “It’s huge for the needs we have, it’s huge for what Cashman was offering. I’m very bullish.”

The expo center will host the Las Vegas Market, the twice-yearly home decor trade show the World Market Center hosts, and other for-profit shows. Nonprofit organizations will be able to use the space for events for a minimum of nine days each year, Arent said.

The center could capture some shows struggling to find space during Las Vegas’ peak convention season, and some of the nonprofit and community shows Cashman Center used to host.

Construction on the expo center, which is slated to go immediately in front of the existing World Market Center parking garage, is expected to begin in the next year and a half and take another 18 months to complete.

The tents, called the pavilions, on the World Market Center property will be removed when the expo center construction is finished, and the area will be used for surface parking. New York firm The Blackstone Group last year bought International Market Centers, which owns and operates World Market Center.

The expo center will sit across Grand Central Parkway from Symphony Park, which houses The Smith Center for the Performing Arts. A former Union Pacific rail yard, city officials have long pushed for a fully developed, thriving Symphony Park, but plans there languished during the recession.

In recent months, though, the Las Vegas City Council has approved residential projects there with commercial mixed in, and Goodman said in her State of the City address this year that downtown casino owner Derek Stevens is eyeing a Symphony Park parcel for a casino/hotel. The council also signed off on an exclusive negotiating agreement with Texas firm Jackson Shaw, which is proposing a 300-room hotel in Symphony Park. The parcel is off the market for 120 days while the developers do a feasibility study.

“We think this will help to generate new hotel development and help our existing hotels,” Arent said.

The redevelopment agency, made up of the same members as the Las Vegas City Council, meets at 8:30 a.m. Wednesday at City Hall.