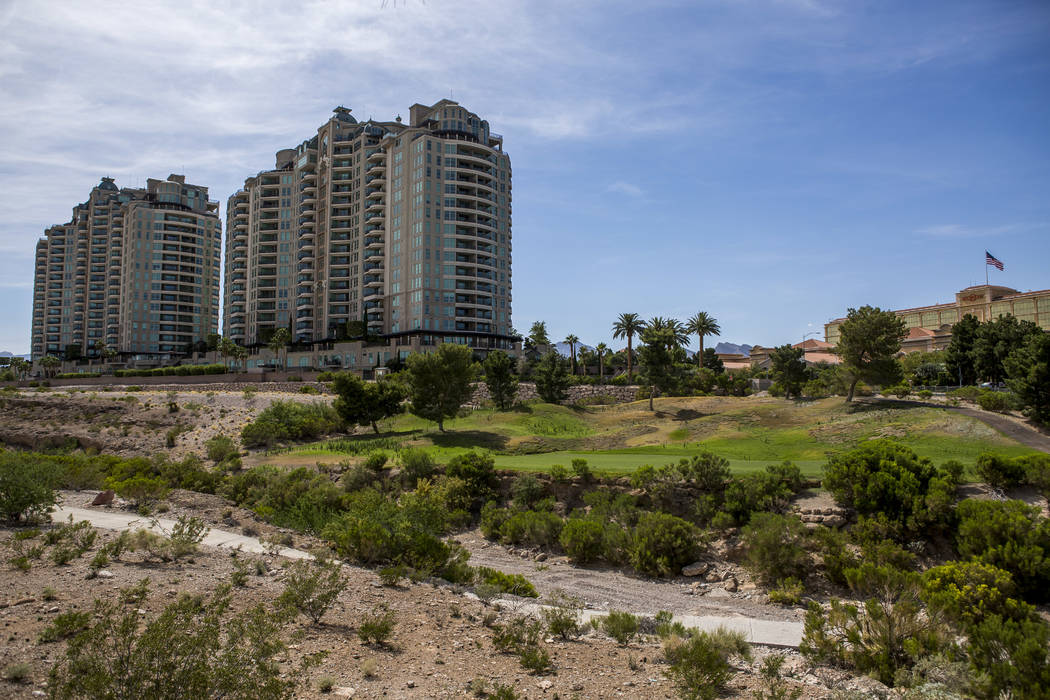 Las Vegas has spent just under $428,000 in the contentious legal battle over the defunct Badlands golf course, a central attack point for those who seek to force out City Councilman Steve Seroka.

As of Dec. 31, the city has paid three outside attorneys $427,987 to fight several court cases in connection with nixed plans to develop homes on the course, city figures show. Officials say roughly $800,000 had been allocated as of Tuesday to defend Las Vegas in those cases.

Seroka’s opposition to development of the golf course in the Queensridge community, and the mounting legal costs, have made him a target of critics who set out a month ago on an accelerated campaign to recall the first-term councilman.

There is a website, StopSeroka.com, and mailers have been delivered as organizers with the Committee to Recall Councilman Steve Seroka venture out in hopes of collecting the 1,850 signatures needed to launch a recall election. Signatures must be from registered voters who cast a ballot in the Ward 2 race Seroka won in June 2017.

The campaign has sought to cast Seroka as a single-issue candidate because the Badlands issue dominated much of the rhetoric in the heated race. The recall website and mailers assert something that doesn’t match city data — that city taxpayers will pay more than $2 million in legal fees related to the cases.

“To be honest with you, I’d probably say $2 million’s a low number,” said Tommy White, a spokesman for the recall campaign and secretary/treasurer of Laborers Local 872, a Las Vegas construction union with roughly 3,000 members.

In February, city officials said the equivalent of nearly $420,000 in city salary and benefit costs had been spent working on development plans since the project’s introduction in 2015. Based on city-provided figures, at least $848,000 has been spent on Badlands-related matters in legal fees and project administration.

The city did not have updated staff-hour numbers this week.

Seroka appeared undeterred this week by the political pressure, saying he was “appalled” by the recall effort being pursued “without cause” as he again rejected claims he has been absorbed in fighting developer EHB Cos. on the project. He said he has sought compromise there, but public safety remained his top priority, and his concerns extended beyond Queensridge as his policy record on veterans and job creation would reflect.

Responding to legal costs, he said he was informed the developer was seeking between $250 million and $500 million for inverse condemnation — a claim that government has taken property.

“I consider it good policy that, when sued, you defend yourself,” he said Friday, “especially when you’re standing up for the rights of the constituents.”