RJ App
Vegas News, Alerts, ePaper
OPEN
From $40 to $5,000, valley residents being fined more than ever for wasting water 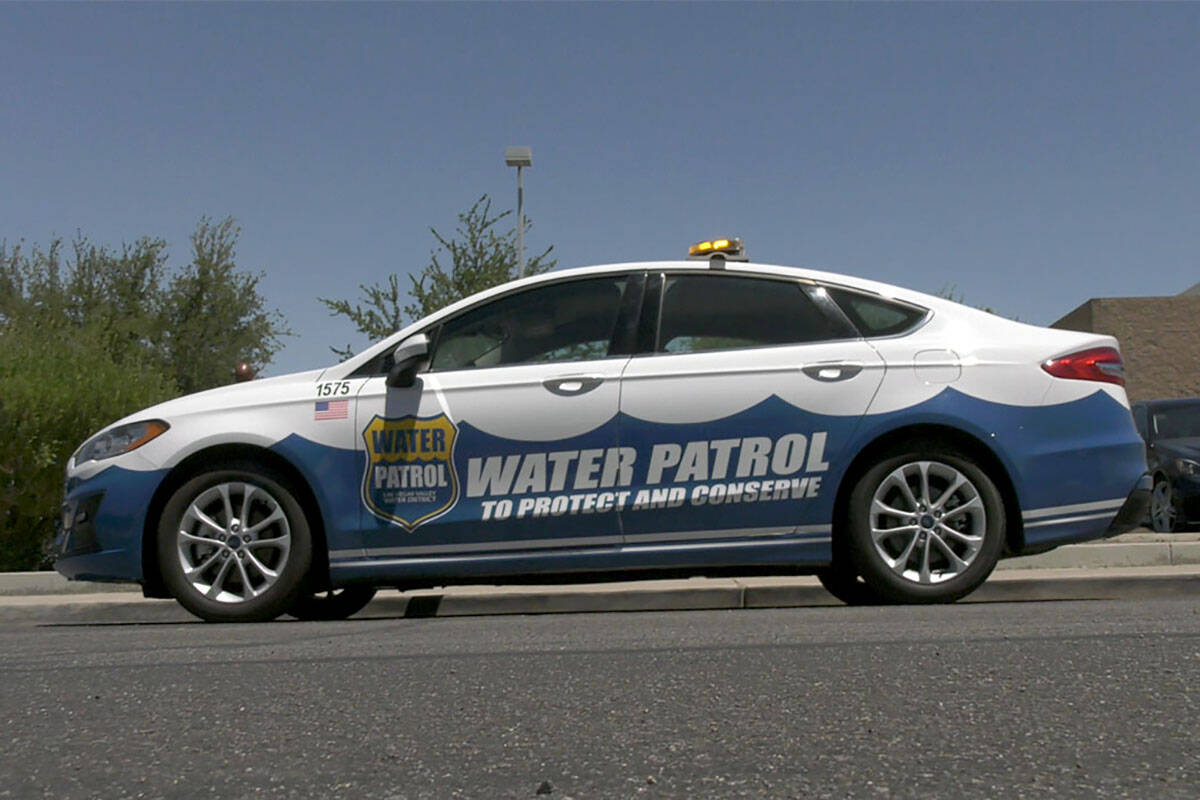 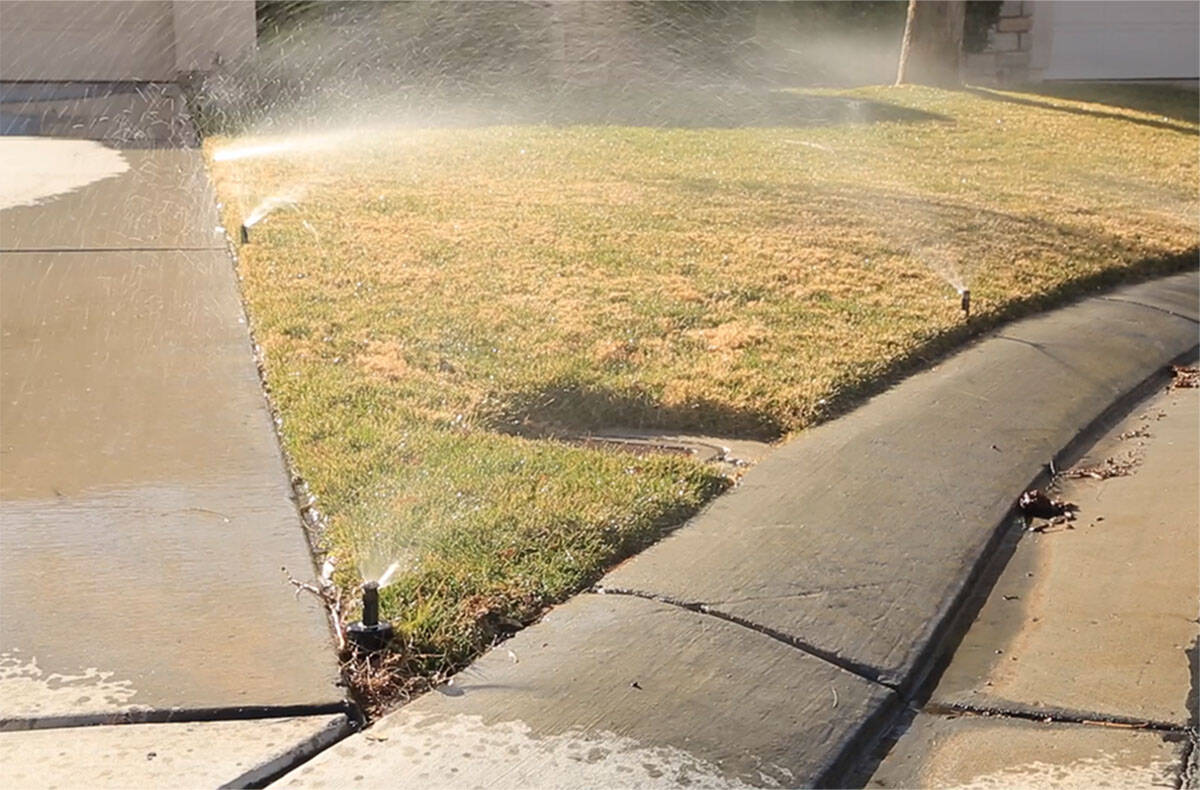 Water that falls outside of the grass can be considered a water waste violation. (Las Vegas Valley Water District photo)

More water wasters across the Las Vegas Valley are feeling a pinch in their wallets.

“Las Vegas residents are much more attuned to the current Lake Mead water situation, and in our experience that’s very much related to media coverage of water issues over the past year,” said Bronson Mack, spokesman for the Las Vegas Valley Water District, which covers about 70 percent of the valley’s water users.

Water waste fines start at $40 in some jurisdictions and can reach $5,000 for repeat offenders.

A look at some of the education/enforcement numbers by jurisdiction:

Water waste fines have increased nearly eightfold since 2019 as the city ramps up efforts to educate residents and enforce regulations.

“We have ramped up enforcement and we have also increased staff plus fines escalate for repeat offenders,” said Juliana Castiblanco, a senior business utilities analyst for the city.

She said the efforts appear to have brought more awareness to the water waste issue. A first fine is $40, but is assessed only after a user has already received a previous warning.

“We first want to educate the users,” Castiblanco said. “We’ve had several educational events and classes, and any enforcement effort always begins with a warning, not a fine. But depending on the size of the water line, repeat offenders can face a fine of up to $2,500.”

Many of the city’s repeat offenders have issues with curbside grass where there tends to be more water runoff into the street, Castiblanco said, noting that by 2027 grass between the sidewalk and street will be deemed nonfunctional and will have to be replaced with desert friendly landscaping under a bill passed in the 2021 Legislature.

Other repeat offenders “just have a landscape design that poses some issues” of water waste, Castiblanco said.

Henderson has four water waste inspectors who work a rotating shift from 3:30 a.m. to 11 p.m., according to the city.

Money collected from fines is deposited into Henderson’s water enterprise fund, which supports and maintains the city’s water services such as water operations, infrastructure and water conservation efforts.

Enforcement in the first half of 2022 is on pace to surpass last year. Through six months, the water district had conducted 8,572 investigations with 1,116 citations for $344,000 in fines.

Any water waste fees collected by the LVVWD go into the utility’s general fund, Mack said.

Investigators respond to water waste reports that have come into the district and conduct patrol activities to search out water waste.

“We call the reports of waste appointments and an investigator will go out to a report of water waste at the same time and same day of the week to investigate,” Mack said. “When they don’t have appointments, they patrol residential and commercial areas and even follow water in the gutter to trace its way back to the source.”

The district is moving to water meters that provide real-time water use. This will help officials and individual users to spot ongoing leaks or spikes in water use so they can make fixes.

“This is leading to our ability to develop a customer engagement platform that customers will be able to log in and see their usage more in real time,” Mack said.

Water waste fines in North Las Vegas are a new development this year as part of the city’s enforcement program.

From January through July, the city’s six full-time investigators had undertaken 4,741 field investigations resulting in fines of $28,520. The city has inspected nearly five out of every 100 customers, tops among the jurisdictions.

A formal enforcement program didn’t exist until 2021, with the city choosing instead to focus on customer education, said spokeswoman Linda Bridges.

“We added enforcement to our education campaign in August 2021 with a dedicated staff of six full-time team members (four investigators and two office staff) who process data from smart meters, follow up on complaints, coordinate repair orders and conduct patrols for water conservation enforcement,” she said in an email.

As with all jurisdictions, “the first step for the city’s enforcement effort is a warning and education. If the violation still isn’t addressed, the fines kick in, Bridges said.

“This allows customers to access real-time information about their water usage online and set usage alarms and alerts to help monitor water consumption and detect leaks,” Bridges stated. “This allows the city to take a more targeted and efficient approach to identifying potential violations.”

During the COVID-19 pandemic, the city realized that residents faced financial hardships, “so we took a more educational approach to working with our customers who we identified as violating watering restrictions. As we transition out of the pandemic, we have built an enforcement team and have ramped up our efforts in collaboration with our partner agencies,” Bridges wrote.

North Las Vegas uses money from fines to help offset the expenses of a water conservation program, which is aimed at educating residents about how to save water.