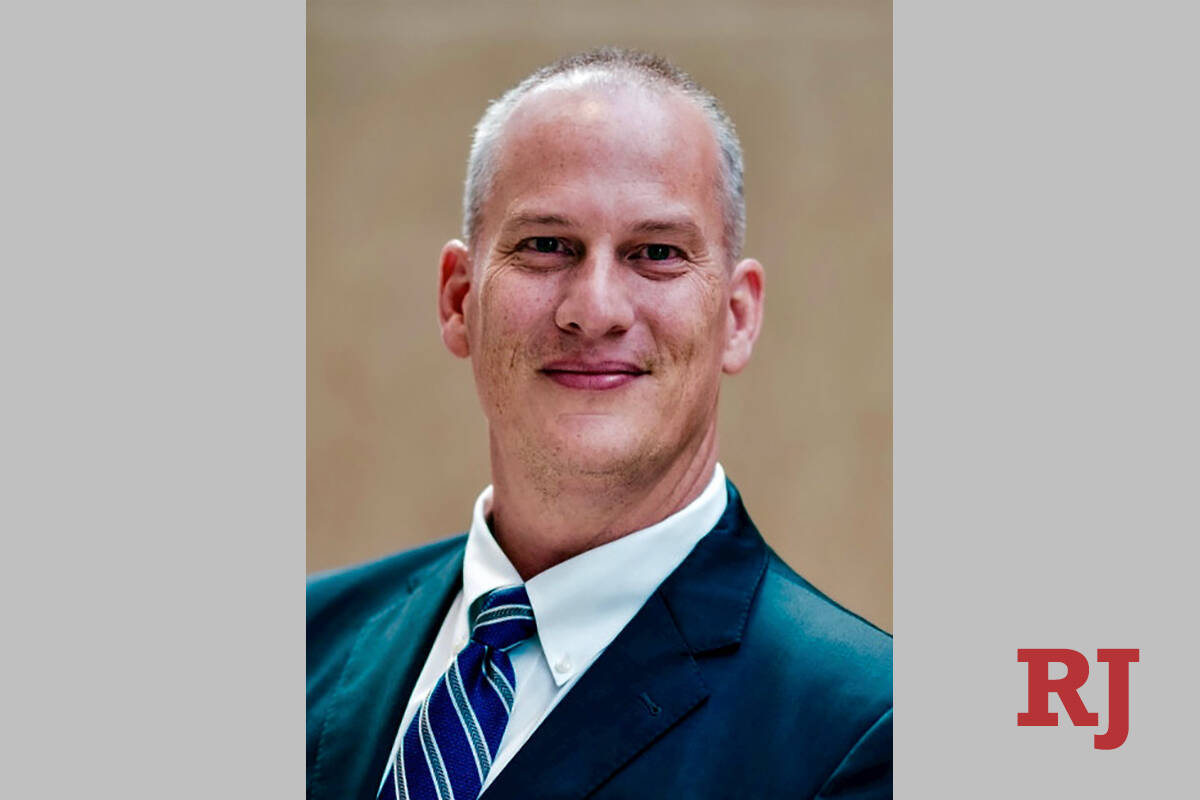 Las Vegas Parks and Recreation Director Greg Weitzel resigned on Oct. 4 as he faced a decision to either step down or be fired, documents obtained by the Las Vegas Review-Journal show.

The documents, received as part of a public records request, do not provide any definitive answers as to why the city gave the ultimatum to a department head who had been hired only two-plus years ago and was once described as a “rising star.”

But the records do indicate that the city had been informed of two open U.S. Equal Employment Opportunity Commission complaints and investigations “regarding” Weitzel. The commission is tasked with enforcing federal civil rights laws and investigating workplace discrimination cases.

The city cited those complaints as reasons for withholding emails regarding an “investigation” into an unnamed employee as well as Human Resources Director Vince Zamora’s notes of interviews with eight city workers.

When asked about Weitzel’s employment status on Sept. 27, city spokesman David Riggleman declined to say whether he was still employed by the city.

“At this point, all we can say is that it’s a personnel matter, and as you know it’s the city’s practice to not comment on personnel matters,” Riggleman said in an email.

The city did not respond to a message seeking comment Friday about Weitzel’s departure or the EEOC complaints and investigations. City Hall is closed on Fridays.

Weitzel did not respond to a request for comment sent to his personal email address on Friday. Efforts to reach him by phone numbers listed in public records were unsuccessful.

On Sept. 21, Zamora sent an email to Weitzel and referred to a meeting between the two only days prior where Zamora said he had told Weitzel that the city intended to “separate you from your employment with the City,” according to a copy of the email obtained by the Review-Journal.

Zamora said the city had been willing to provide Weitzel with an opportunity to resign and potentially enter into a settlement agreement. He gave Weitzel until the end of the day to make a decision or else Zamora would issue a notice of termination the following day.

“I really appreciated the opportunities you and the members of the City Council have given me during my employment, as well as your professional guidance and support,” he wrote. “I wish you and the City of Las Vegas the best of success in the future.”

Pay may continue into December

An unsigned copy of the proposed separation agreement, obtained as part of the Review-Journal’s records request, suggests that Weitzel could take home more than $32,000 in pay despite no longer working for the city.

Weitzel would continue to be paid his regular $160,000 annual salary through Dec. 3, when his resignation would become effective, although his last day of active employment would be Sept. 16, according to the copy of the agreement. He then would be placed on paid administrative leave until Dec. 17.

The agreement results in roughly 13 weeks of ongoing pay after Weitzel’s final active day on the job. His net pay is nearly $5,000 every two weeks, according to pay stubs from August and September obtained by the Review-Journal.

The city would also continue to pay premiums for Weitzel’s health care through December, although he would not accrue any vacation or sick leave hours after Sept. 16, the agreement shows.

It is unclear if the agreement, which is undated, is the same deal that Weitzel signed.

“Everything that I believe in is to take care of our citizens and our community and watch allocations of dollars, specifically because all of us pay those dollars,” Mayor Carolyn Goodman said Friday when told of the structure of the separation agreement. “I’m sure between our HR department and legal department, it is how they have arrived at whatever they arrived at.”

Goodman said Weitzel had an impressive resume when he came to the city and that her interactions with him were always positive.

“It may be an HR issue, I know he’s moved on,” she said. “From my perspective, and the work he did from the moment he came, he seemed fine to me.”

When Weitzel’s contract was ratified by the City Council in July 2019, then-City Manager Scott Adams lavished him with praise.

“He is absolutely a rising star and a leader in national parks and recreation management,” Adams said at the time.

Weitzel, who was tasked with overseeing the city’s 100-plus parks and facilities, was previously the parks and recreation director for Idaho Falls, Idaho. He held degrees from Illinois State University and Penn State. In October 2019, he was elected to the American Academy for Park and Recreation Administration, an organization comprised of leaders in the parks and recreation field.

Zamora Email to Weitzel by Las Vegas Review-Journal on Scribd

MOST READ: POLITICS & GOVT
1
Sam Brown may pose serious challenge in primary for US Senate

2
Las Vegas pagan nurse may be fired for vaccination stance