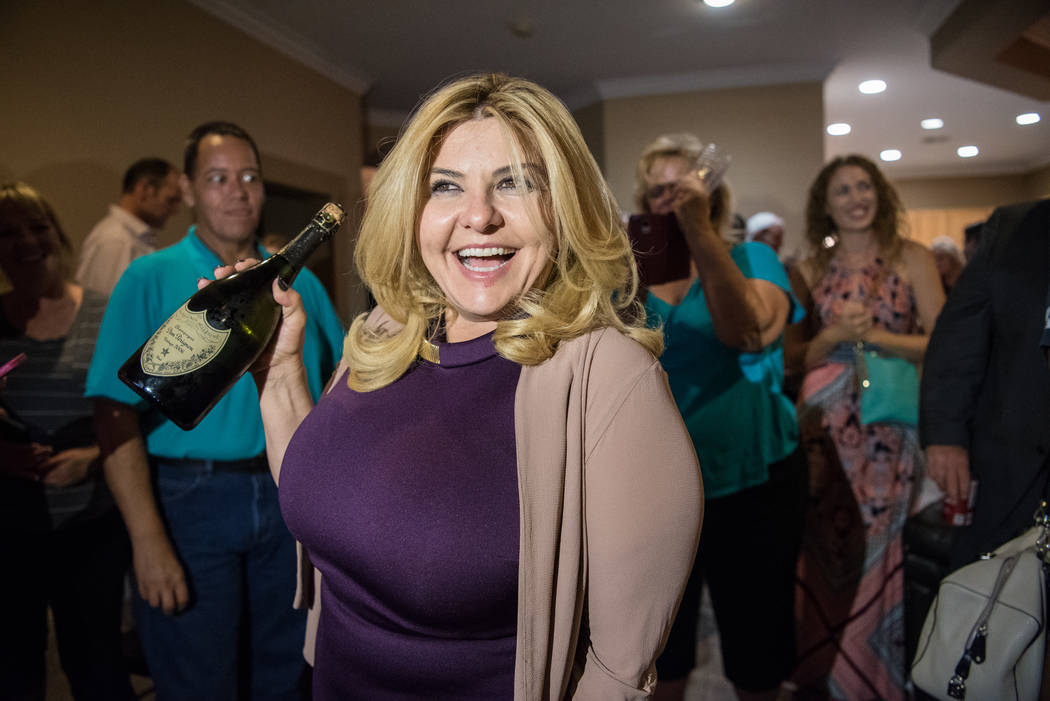 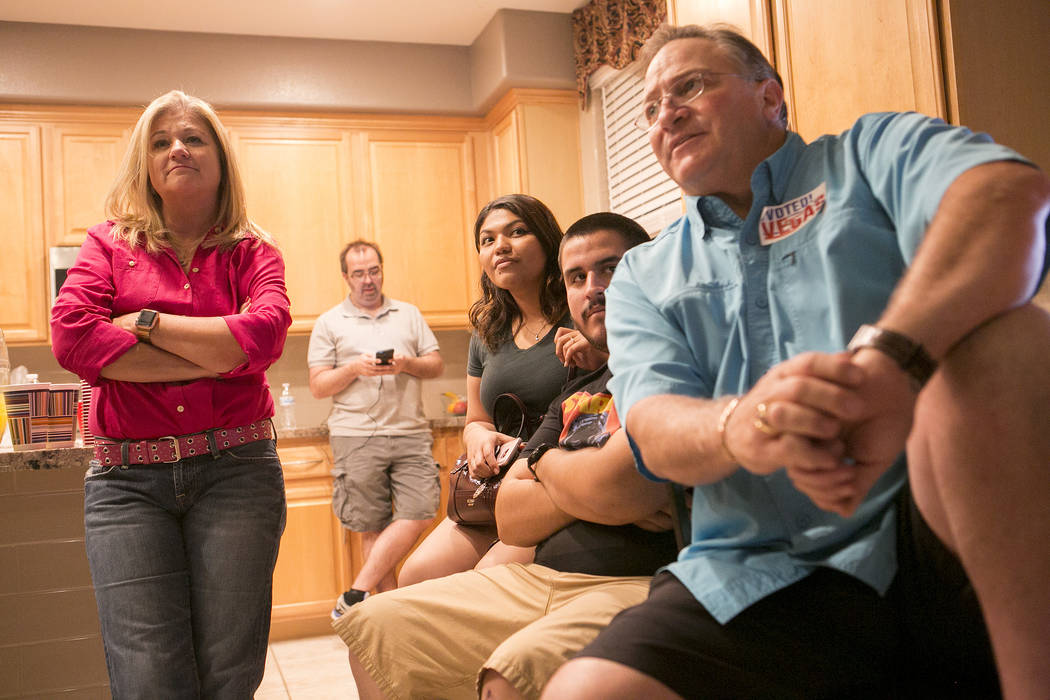 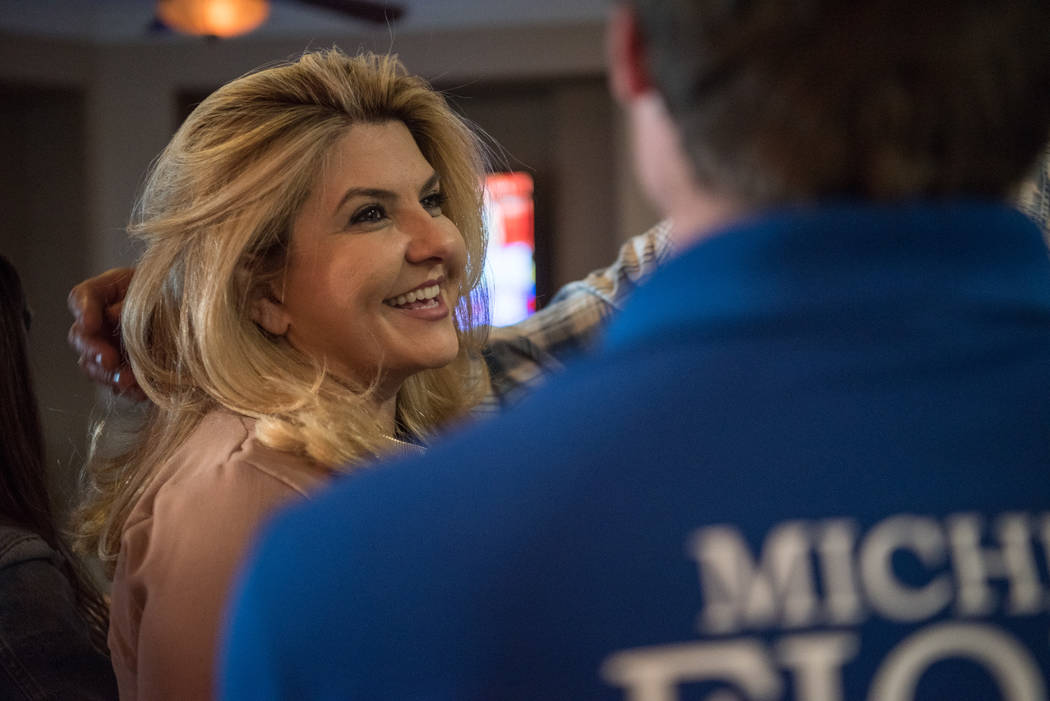 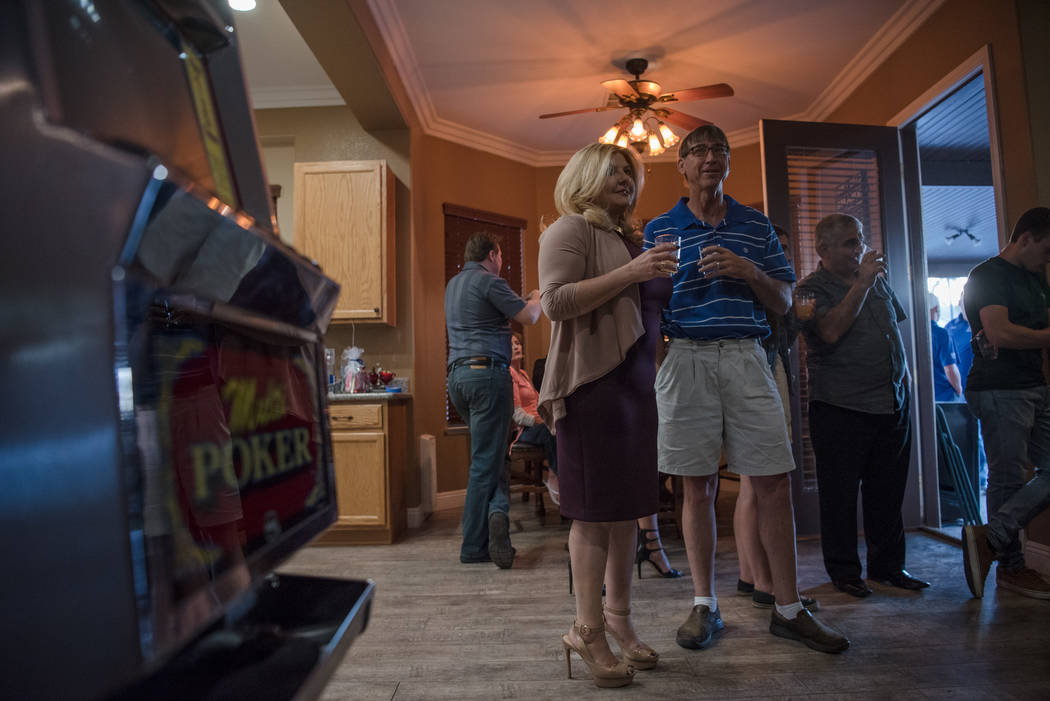 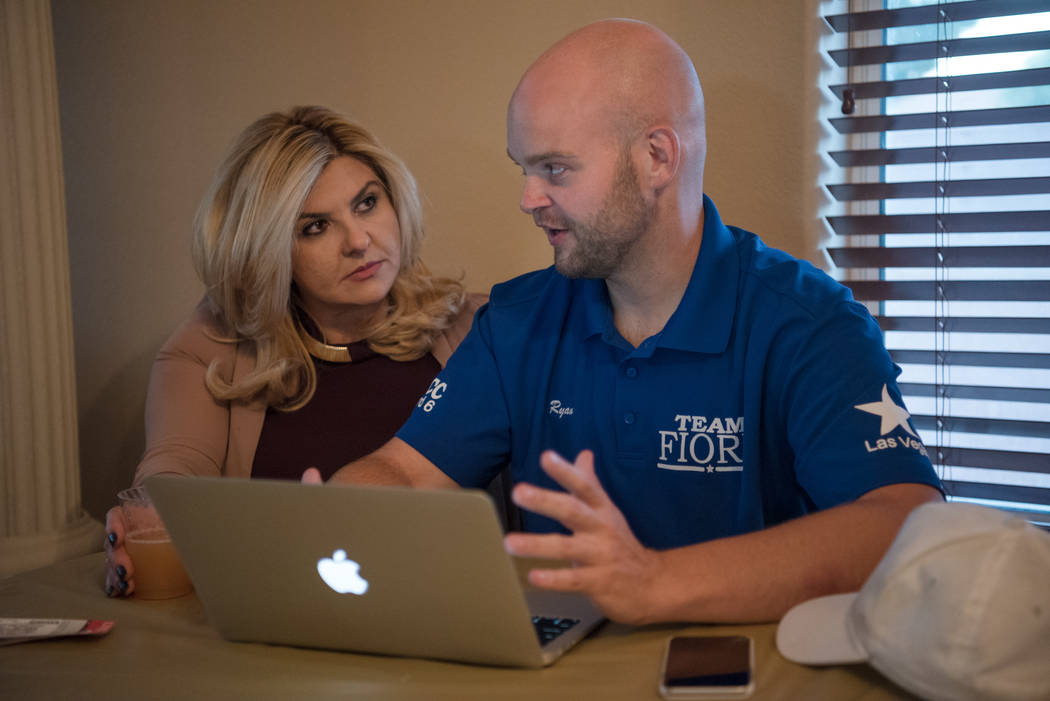 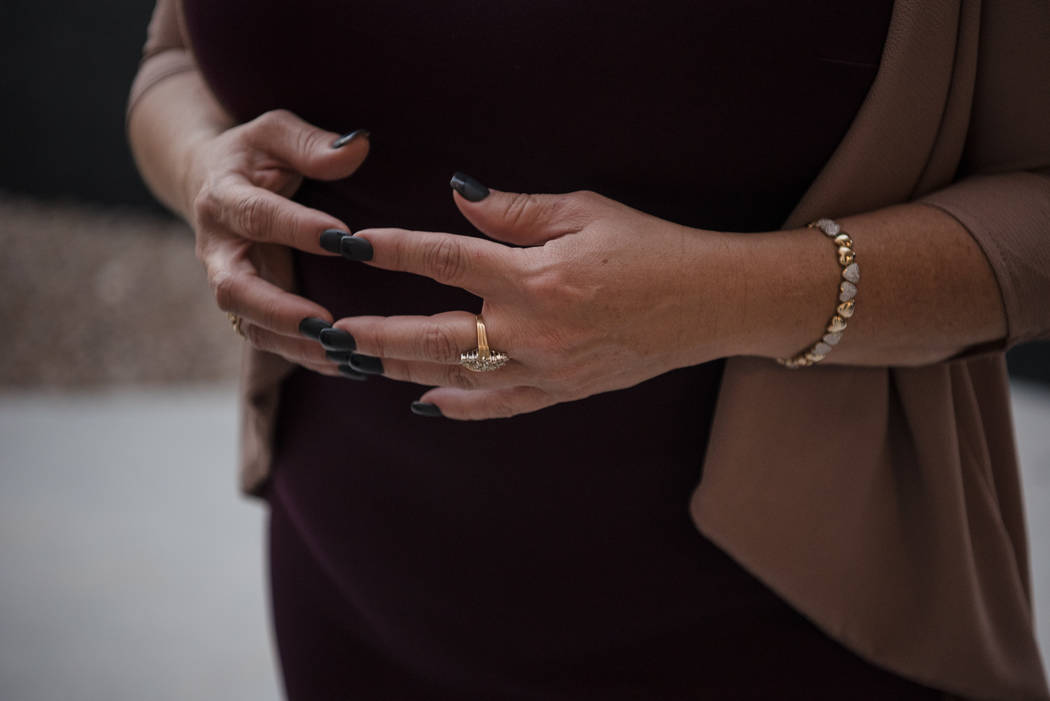 Las Vegas City Council Ward 6 candidate Michele Fiore holds her hands together as she waits for the voting results to come in on Tuesday, June 13, 2017, at her home in Las Vegas. Morgan Lieberman Las Vegas Review-Journal 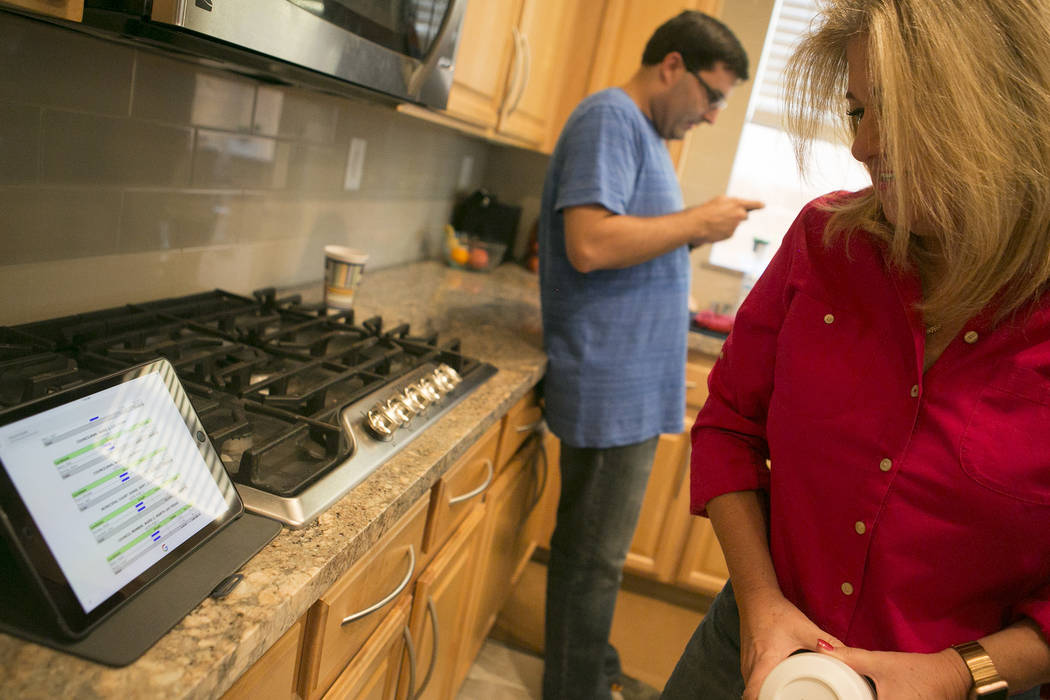 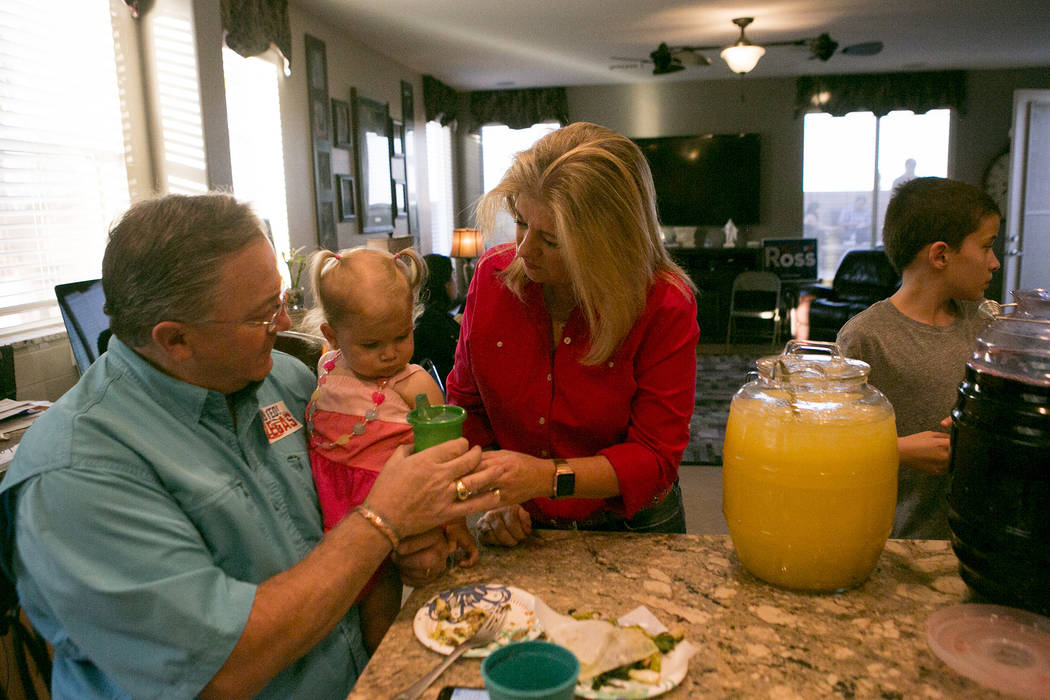 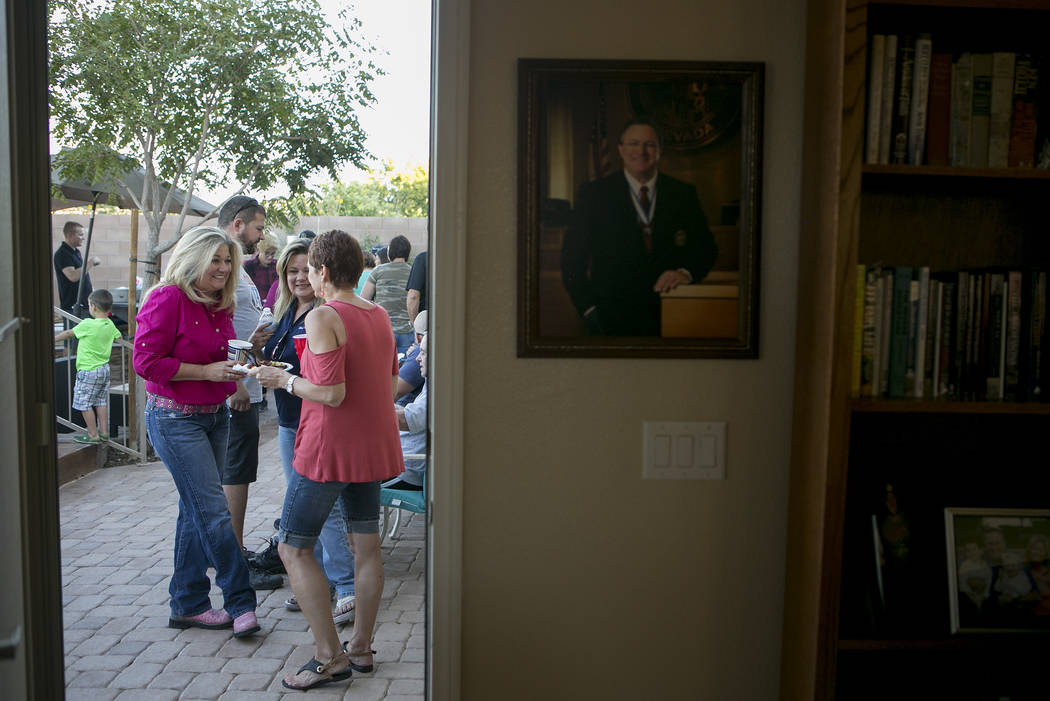 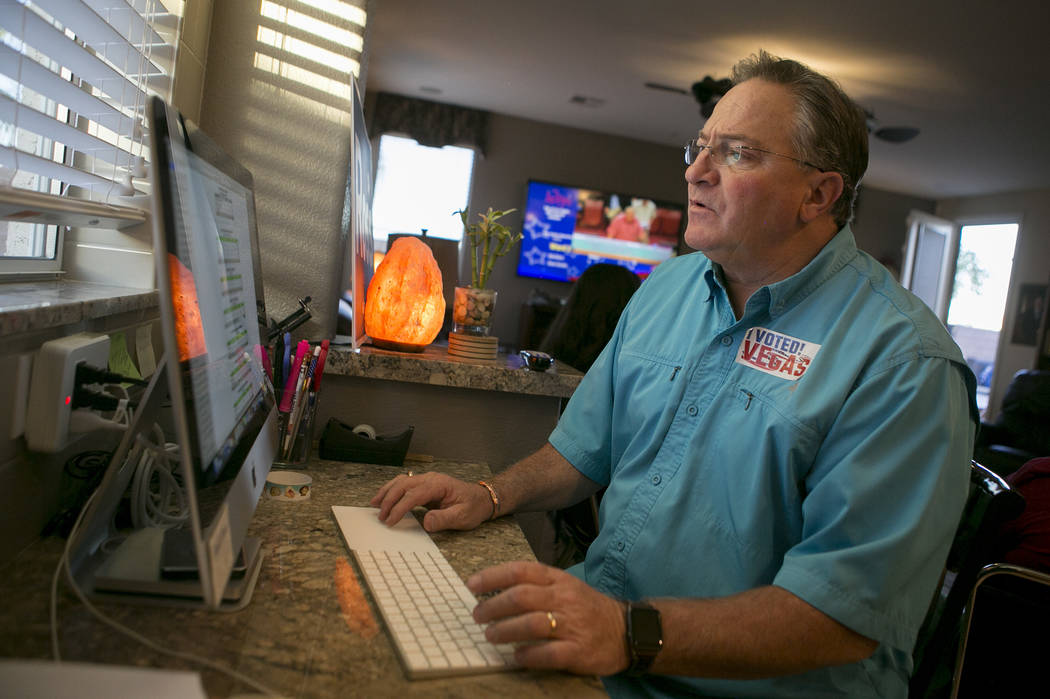 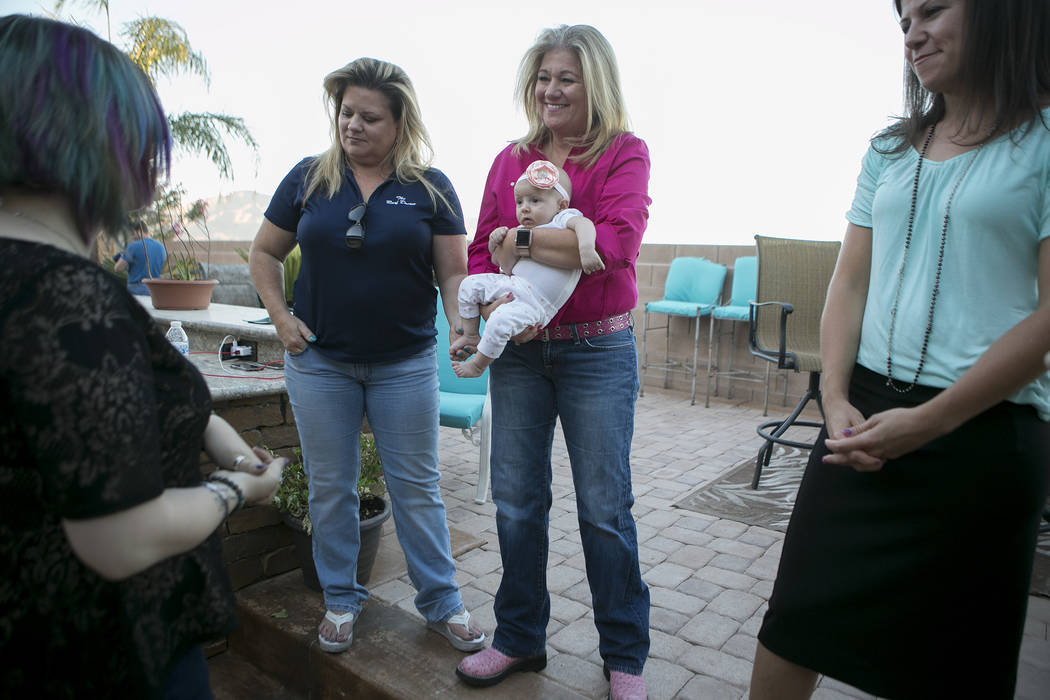 Las Vegas Ward 6 City Council candidate Kelli Ross holds one of her grandchildren while she entertains family, friends and campaign works at her home during a watch party on Tuesday, June 13, 2017 in Las Vegas. Bridget Bennett Las Vegas Review-Journal @bridgetkbennett 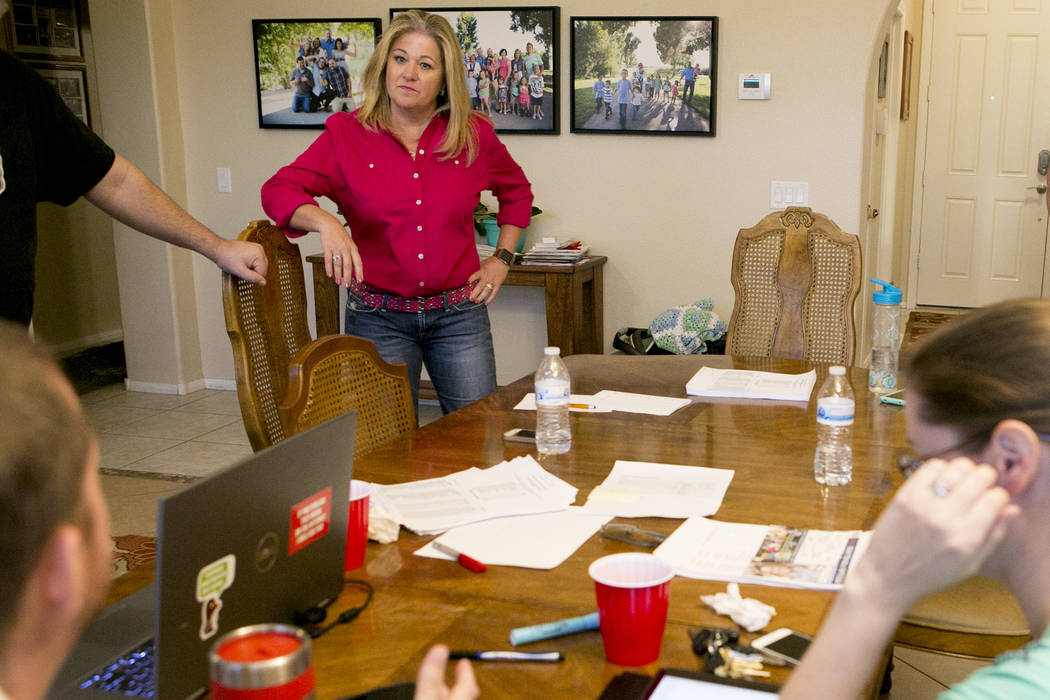 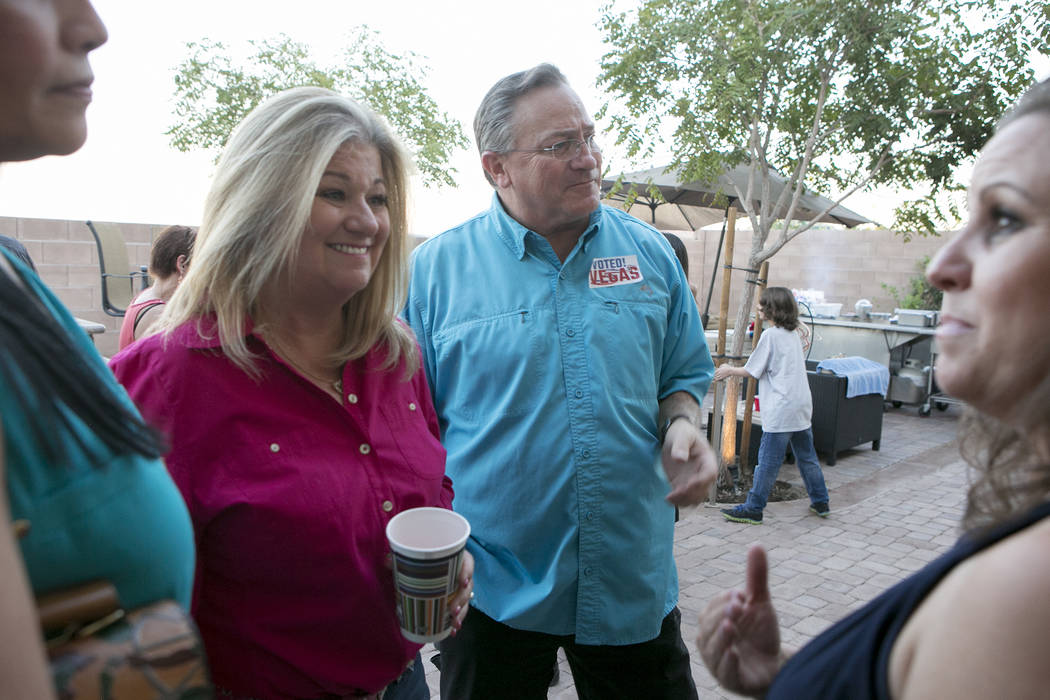 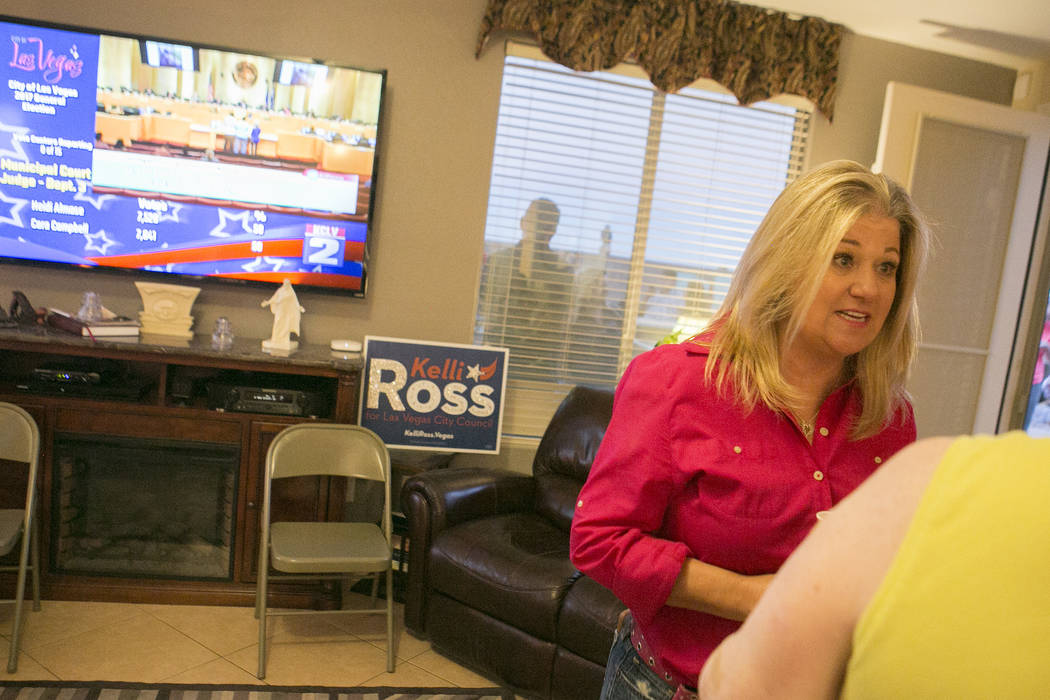 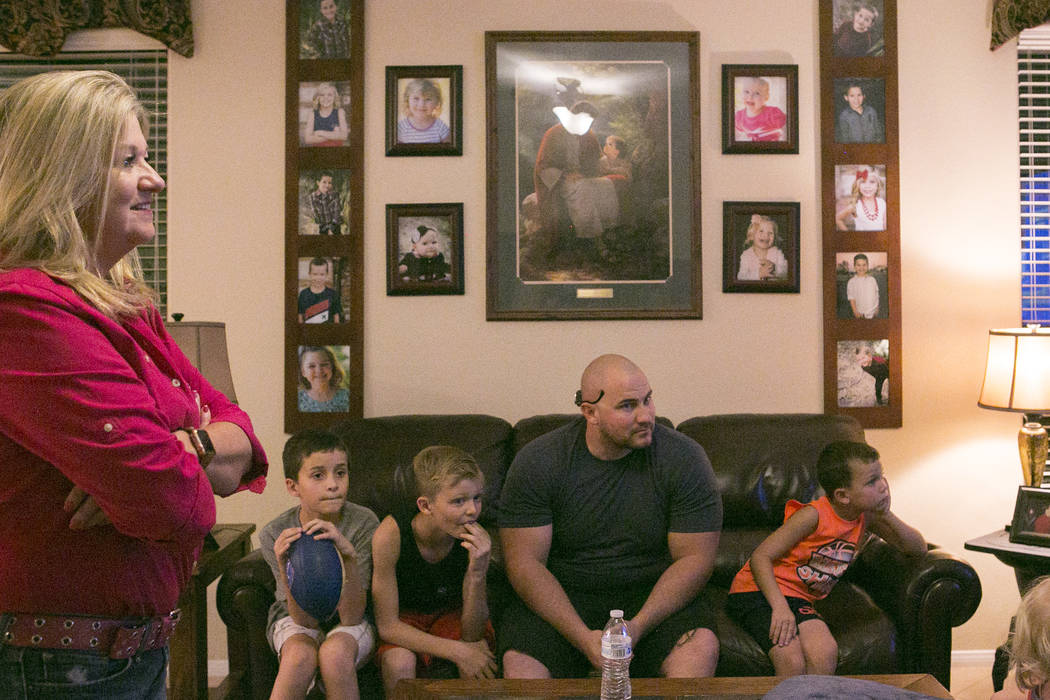 Nevada Assemblywoman Michele Fiore will return to public office after pulling out a narrow victory over Kelli Ross in the Ward 6 City Council race.

With one voting precinct left, Fiore’s family room erupted in cheers and popped a bottle of champagne when it became apparent she would win.

“This race is never, ever handed to anyone,” Fiore said. “We earned every single vote. Every single person in here put their blood, sweat and tears into this campaign. I’m excited to give this ward back to the people who live here. This is their seat.”

After 12 years representing Ward 6, Councilman Steve Ross had served the three-term maximum. Ross and Fiore handily beat out seven other hopefuls in the April primary.

The Ward 6 race grew testy, but the candidates sparred through statements and parody Twitter accounts rather than in person. Days after the primary, Ross challenged Fiore to a series of debates, but the two never met in a debate or forum setting.

At Fiore’s house, her grandchildren jumped on the trampoline, and 50 friends and family gathered for food and dessert.

“You’re looking at the next city councilwoman,” said Mike Radza, a friend who said he has been involved in Fiore’s campaigns since she was elected as an assemblywoman in 2012.

Fiore has been no stranger to headlines, from getting involved in negotiations that led to the end of the 2016 armed standoff at Oregon’s Malheur Wildlife Refuge to modeling for calendars with firearms. Fiore unsuccessfully ran last year for Nevada’s 3rd Congressional District seat.

Ross has never held public office. She ran an unsuccessful campaign in 2012 as a Democrat in state Senate District 18, losing to Republican Scott Hammond.

Some of Ross’ 15 grandchildren darted outside, playing with toy swords, eating tacos and swinging golf clubs on a mini golf course overlooking the mountains as results rolled in.

She likened her race to “the little engine that could.”

“This is a celebration,” Ross said from her home Tuesday night. “I ran a great race.”