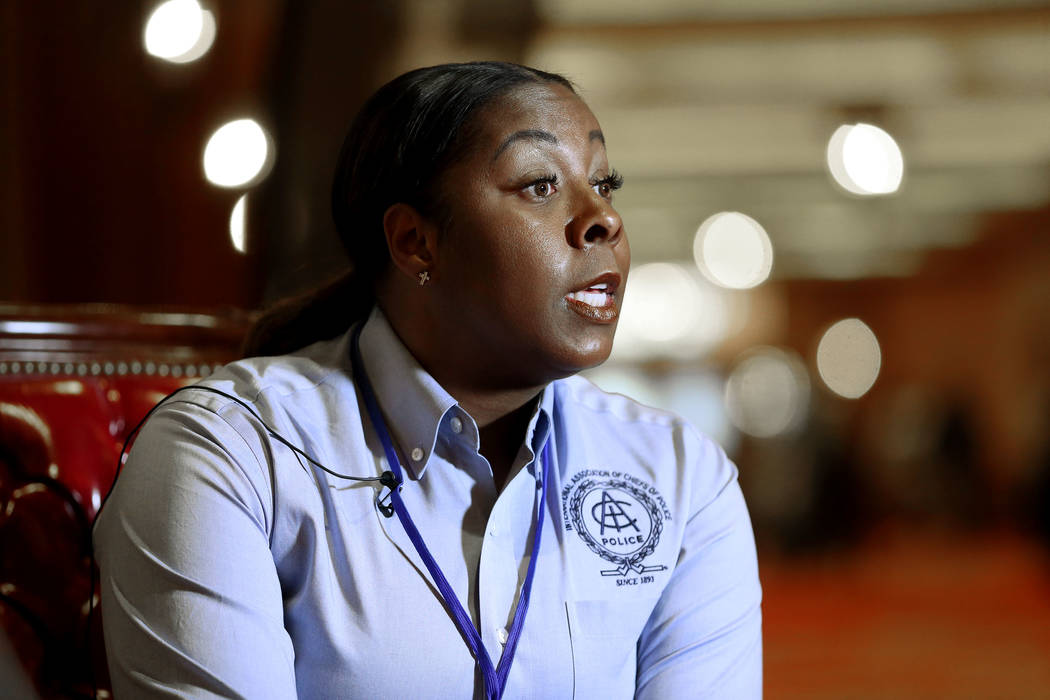 Henderson officials fired former police Chief LaTesha Watson in part for creating distrust and division between management and unions, and being uncooperative with an independent investigator, records show.

Deputy City Manager Bristol Ellington told Watson she was also being fired for showing a lack of respect for many employees represented by unions, according to the April 11 letter obtained by the Las Vegas Review-Journal.

“Your lack of accountability and unwillingness to work with union members, which make up most of your employees, demonstrated that you were not able to effectively lead this organization,” Ellington wrote.

Neither Watson nor her attorney could be reached for comment after business hours Friday night. A Henderson spokeswoman declined to comment.

When Ellington asked Watson what she could do to improve the relationship between her management team and the unions, she responded by saying, “Nothing,” according to the letter. Watson also referred to some Henderson Police Supervisors Association members as “liars with badges” and said they are “despicable,” Ellington wrote.

Ellington’s letter was sent nearly one month after Watson was placed on paid leave. Two days before she was placed on leave, an independent investigator recommended officials seriously consider firing her.

Watson was hired as an outsider and reformer after her predecessor “voluntarily separated” from the department amid controversy. She was sworn in for her first job as chief in November 2017.

“I gave you time to make changes and bring the organization together, but unfortunately the police department only became more fractioned,” Ellington wrote to Watson.

Thedrick Andres, whom Watson recruited to serve as her deputy chief, was named acting chief in her absence.

Watson’s firing was also the result of telling her command staff that she was “shocked” that the department was not under a consent decree without raising those concerns with the city, according to the letter. Ellington told Watson she made officers feel incompetent.

Ellington wrote that in a recent investigation, Watson refused to provide the investigator with evidence supporting her allegation that someone referred to her by a racist, sexist slur and pressured others to gather information on her. He also wrote that he expects the chief of police to answer questions by an investigator openly and honestly, not to avoid or refuse the question.

“None of the above reasons should be a surprise to you as I have attempted to work with you and discuss these issues at our one-on-one sessions since I became your direct supervisor,” Ellington wrote. “Because I saw no effort on your part to improve your leadership style or follow my guidance over the last eight months, I have made the decision to terminate your employment as the chief of police.”