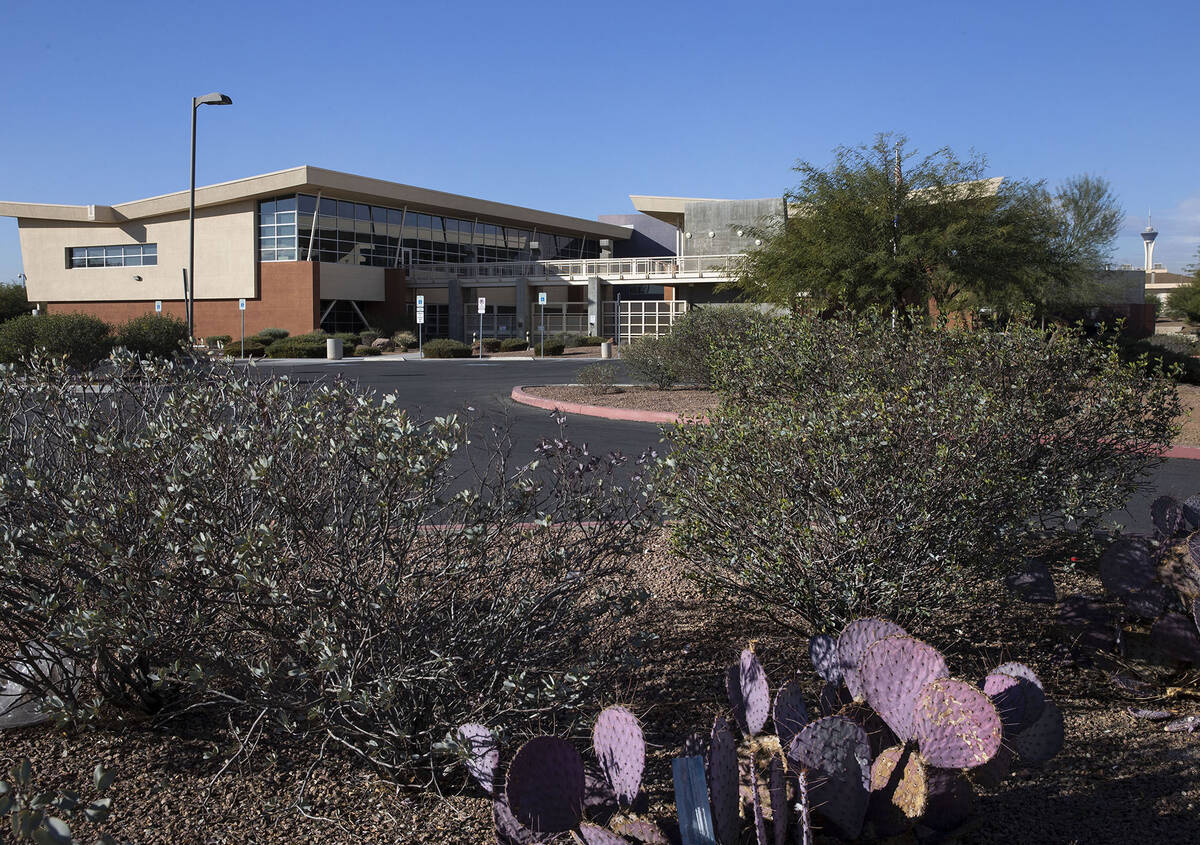 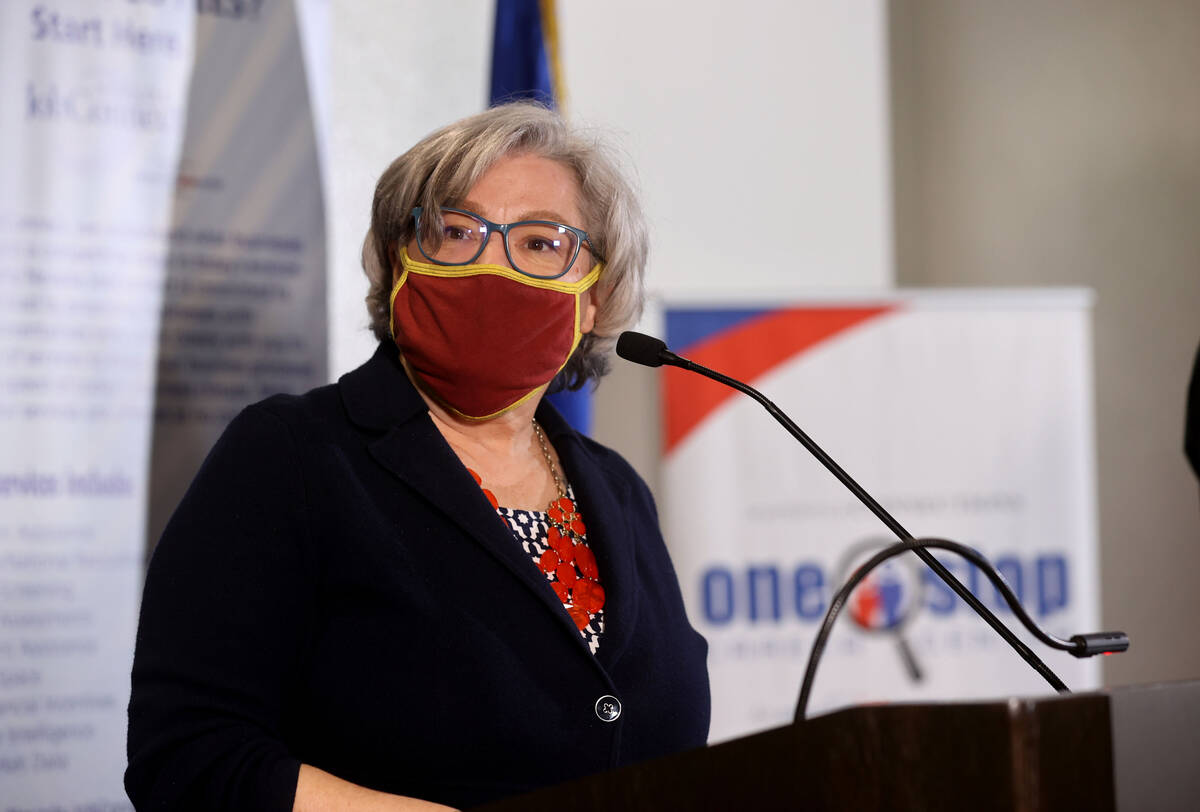 Elisa Cafferata, director of Department of Employment, Training and Rehabilitation, during JobFest 2021 at the Las Vegas Convention Center Tuesday, Dec. 7, 2021. The job fair was put on by Gov. Steve Sisolak, DETR and the GovernorÕs Office of Economic Development. (K.M. Cannon/Las Vegas Review-Journal) @KMCannonPhoto

As the price of gas, groceries and other goods remain high across the country, fear of an impending recession remains a concern for businesses and families alike.

In Nevada, where discretionary spending drives much of the state’s economy, those fears are reminiscent of a time just more than two years ago, when unemployment stood at a whopping 28 percent.

Some things have improved since then. The state recently announced it had regained all the jobs it lost during the COVID-19 pandemic, and a report from the U.S. Labor Department showed inflation dropped, however slightly, in July.

Despite this, many employers are still struggling to fill vacancies.

One such employer is the Nevada Department of Employment, Training and Rehabilitation, the state agency in charge of processing unemployment claims.

On Tuesday, there were at least 40 positions vacant in the department’s unemployment claims division. And although the number of claims has decreased dramatically since the early days of the COVID-19 pandemic, the lack of staff is making it difficult for the department to deal with its backlog.

The backlog, which doesn’t include claims made in the last 21 days, stands at 23,895, with the oldest claims dating to mid-October of last year.

“The reason I have a backlog there is that during the pandemic we had some flexibility from the Department of Labor to bring in basically contract staff. We could hire companies that could search throughout the country and bring on a team of folks,” said department Director Elisa Cafferata. “We have had over 200 contract staff up until September of last year.”

The contract staff, which could no longer be used by the department after September 2021 due to a change in federal guidelines, weren’t the only workers the department lost. Another 200 employees from the Department of Welfare, who were “loaned” to the unemployment department for more than a year to help assist with the influx of claims, returned to their original jobs at the end of last year.

Cafferata, who was appointed to the position in Jan. 2021, said she’s lost more than 500 workers since the last quarter of 2021.

Claims have decreased significantly since the early days of the pandemic, when just one week in March 2020 generated nearly 92,300 claims. The most recent data from the state shows there were approximately 1,900 claims during the week of June 25, a significant decrease from the more than 11,100 claims made in June just two years prior.

Over the course of the pandemic, approximately 500,000 applicants received regular unemployment benefits, while another 200,000 people received benefits under the Pandemic Unemployment Assistance program, a federal program meant to assist those who are self-employed and gig workers, who are not normally eligible for unemployment benefits.

The department wasn’t just struggling to keep up with the applications from Nevadans badly in need of help because of pandemic lockdowns. Cafferata said there were more than 2 million applications submitted, many of which were fraudulent.

This was due, in part, because unemployment assistance applications did not require much information to verify the identity of the applicant. The requirement changed after it became apparent that it was leading to fraud and applications later required identity verification and income information.

“That was hugely successful in reducing the number of fraudulent applications we saw,” she said.

To help combat fraud, the department has worked with what’s known as “tiger teams,” multidisciplinary groups of experts working in part with the U.S. Department of Labor to provide states with resources.

But reducing fraud in the future means the department needs a more permanent fix. Just last year, Gov. Steve Sisolak called for a “major overhaul” of the department during a speech on the state’s economic recovery.

Less than a month later, the Nevada Legislature approved $54 million of American Rescue Plan dollars to upgrade the department’s decade-old system, which will make fraudulent applications easier to weed out and will ease the implementation of new programs that may be introduced by lawmakers in the future.

The department is currently negotiating a contract with the vendor that will build the new system, but exact details on how much it will cost aren’t finalized or public yet, a spokesperson with the department said.

The system could take more than two years to build. Meanwhile, the need for staff remains.

“We’re using every possible avenue we have to get through our backlog, and we are in regular communications with the governor’s office and the federal delegation and the Department of Labor about this flexibility. We’re definitely not the only state in this situation,” Cafferata said.

In a statement, Sisolak said his office was working with the department to get eligible Nevadans their benefits.

“The Governor’s Office is working closely with DETR to help ensure they have the resources they need to carry out this important work, including funding toward staffing needs and helping bring their technology systems up to date,” the statement said.

The department could receive $12.8 million toward the contract for its new system if approved by the Interim Finance Committee next week.