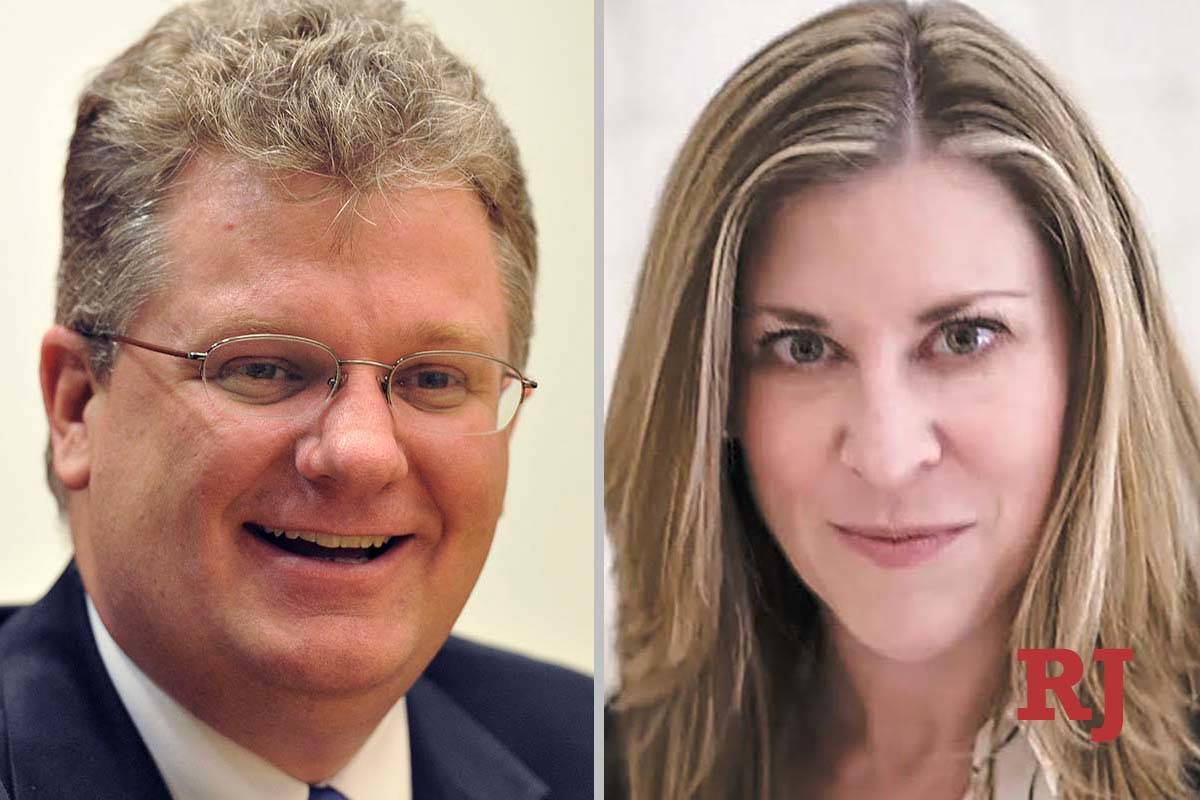 Lynn Hughes, a Las Vegas attorney with more than two decades experience, is running for Family Court judge in Department M against Amy Mastin, a current hearing master in Family Court who previously owned her own family law practice. The two recently participated in a debate sponsored by the Las Vegas Review-Journal.

The two candidates are overflowing with experience. Hughes said he’s been practicing primarily family law, including divorces, adoptions and custody agreements, for 23 years and has been serving as a hearing master pro-tem for 18 years, filling in when other hearing masters take leave. Mastin has served as a judge-appointed, full-time hearing master for seven years, currently overseeing child support cases, after leaving her private family law practice.

“As a hearing master I do the job of a judge under supervision of (the) Family Court presiding judge,” Mastin said. “I’ve essentially been an apprentice judge for the past seven years learning the job that I’m asking to be elected to.”

The 25-minute debate was moderated by Review-Journal columnist Victor Joecks, who asked the candidates about their experience and opinions on difficult situations they’d likely face if elected. When asked how to handle the emotions that often come out in court, Hughes acknowledged that the emotions are “raw” when litigants come to Family Court. He said he’d want to make sure those in front of him felt heard.

Hughes described his goals as “issuing a decision as quickly as possible but giving them the time to have their peace, make their say, feel like they’re actually being heard by the court. It’s not always happening at this time.”

Mastin said she would try to recenter the focus of the emotional litigants on the children and that a good judge removes emotion from the hearings. Mastin was hesitant to list any deficiencies in the court system, and said she expects the expansion of six additional Family Court judges will ease the workload currently slowing down due process.

“People down there devote their lives, devote every day of their lives being away from their own families to make the lives of Clark County citizens, Clark County families better,” she said.

In closing remarks, Hughes said his years of experience handling Family Court cases would serve him well in helping the children get the best possible outcome. Mastin said her time as a hearing master has given her plenty of practice to become a judge.

“Once you become judge, nobody tells you that you’re doing your job wrong,” she said. “As an apprentice judge I’ve been told for seven years what I’ve done wrong and I’ve learned from that.”