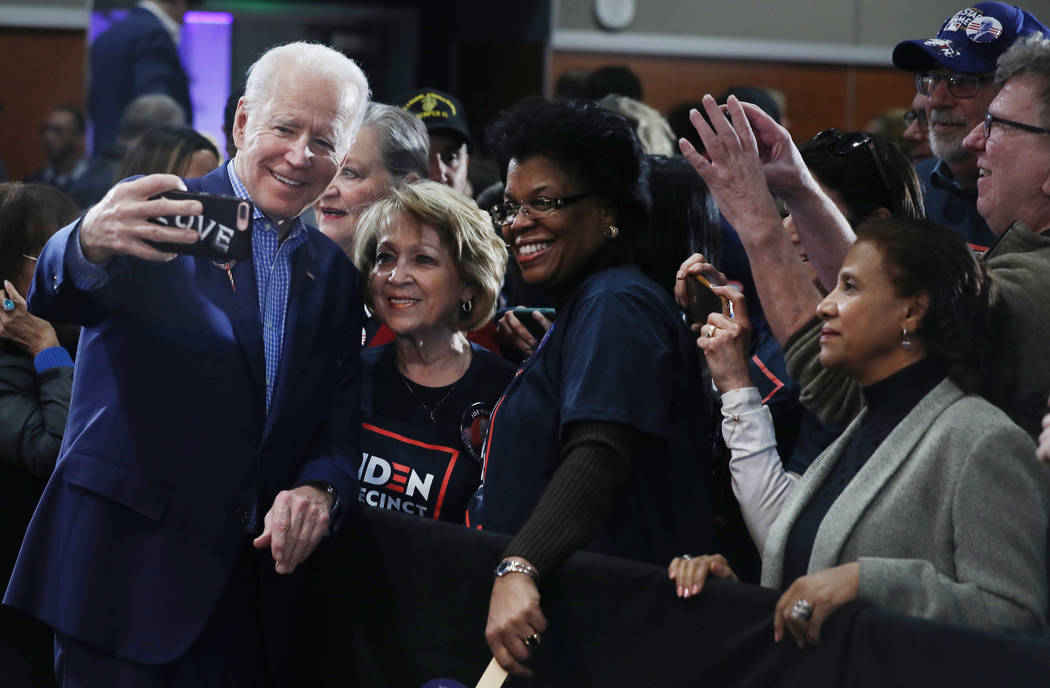 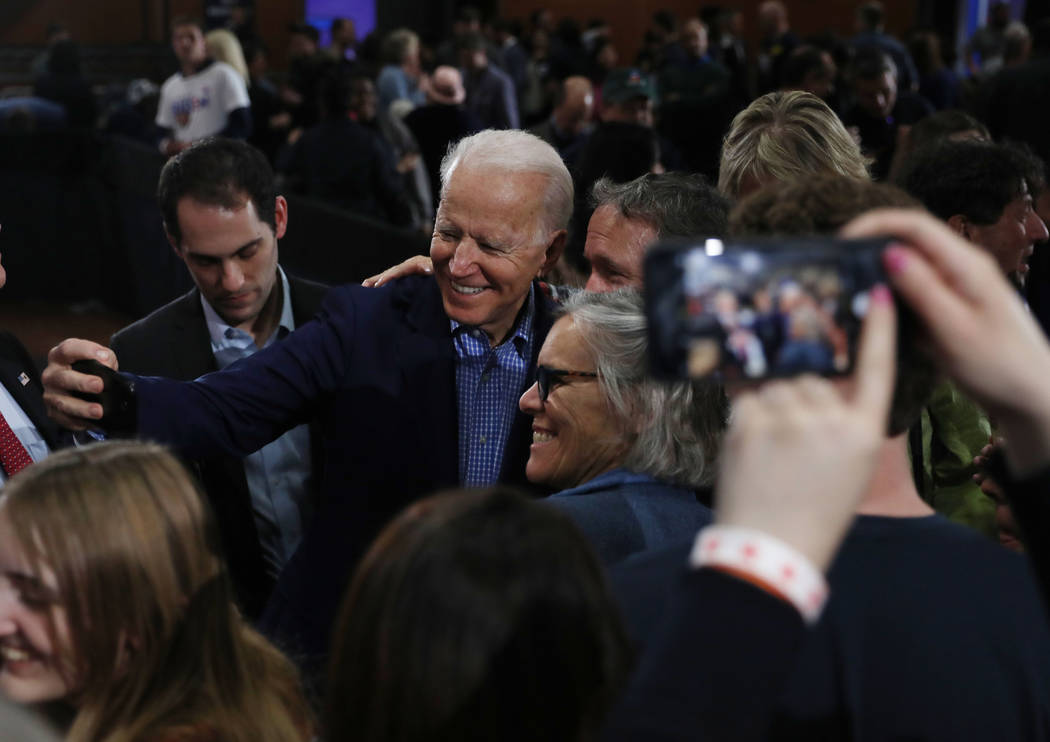 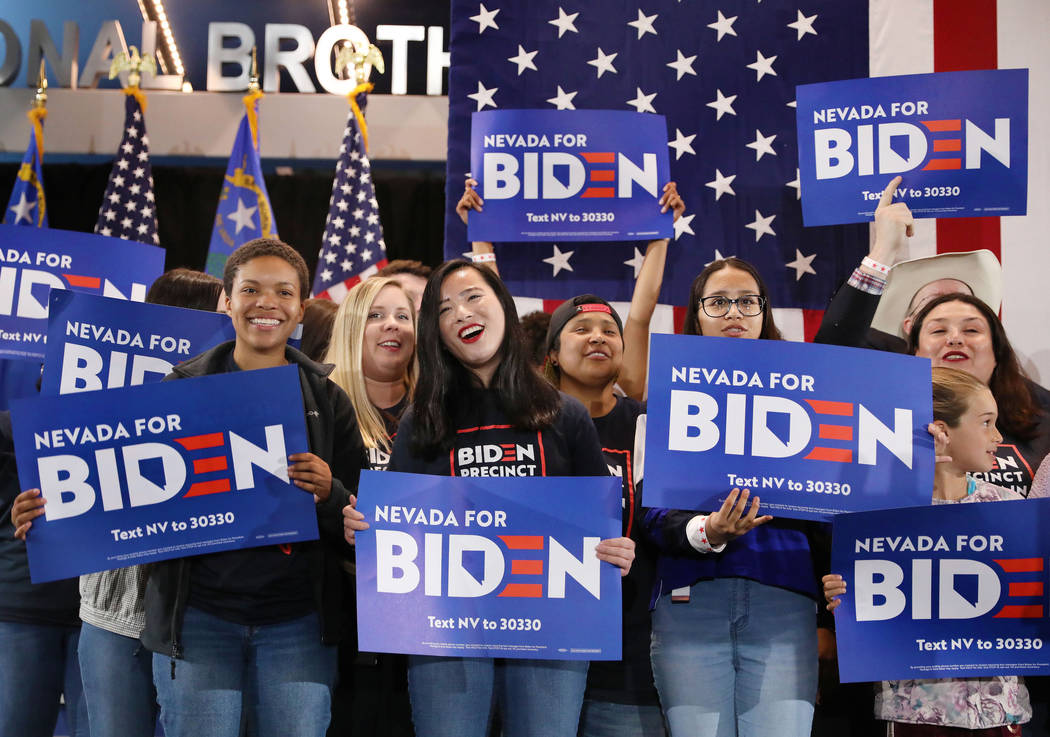 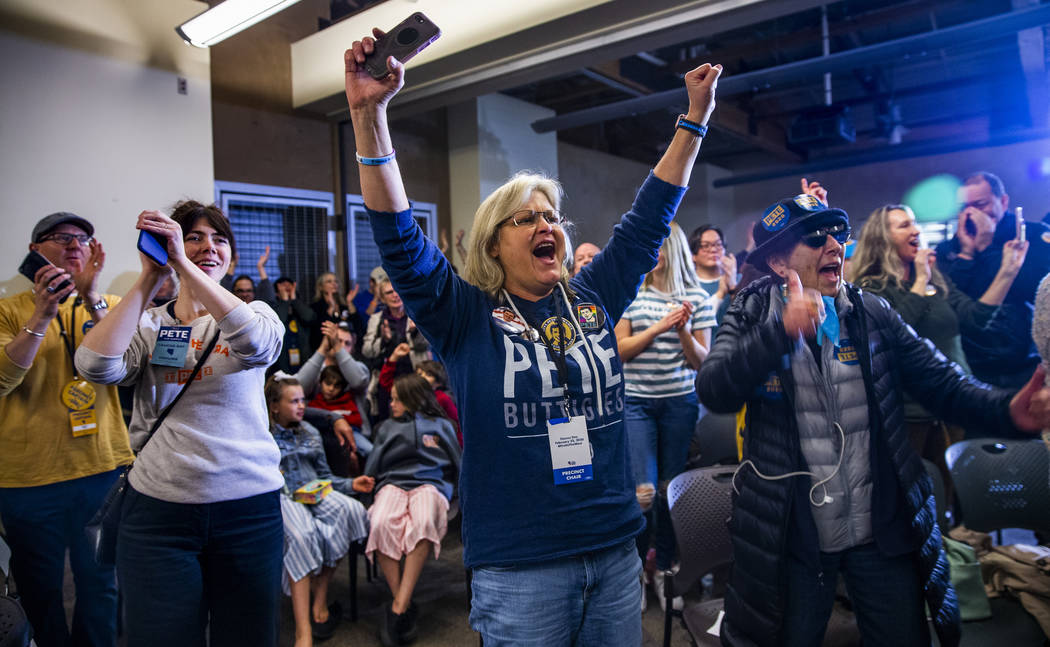 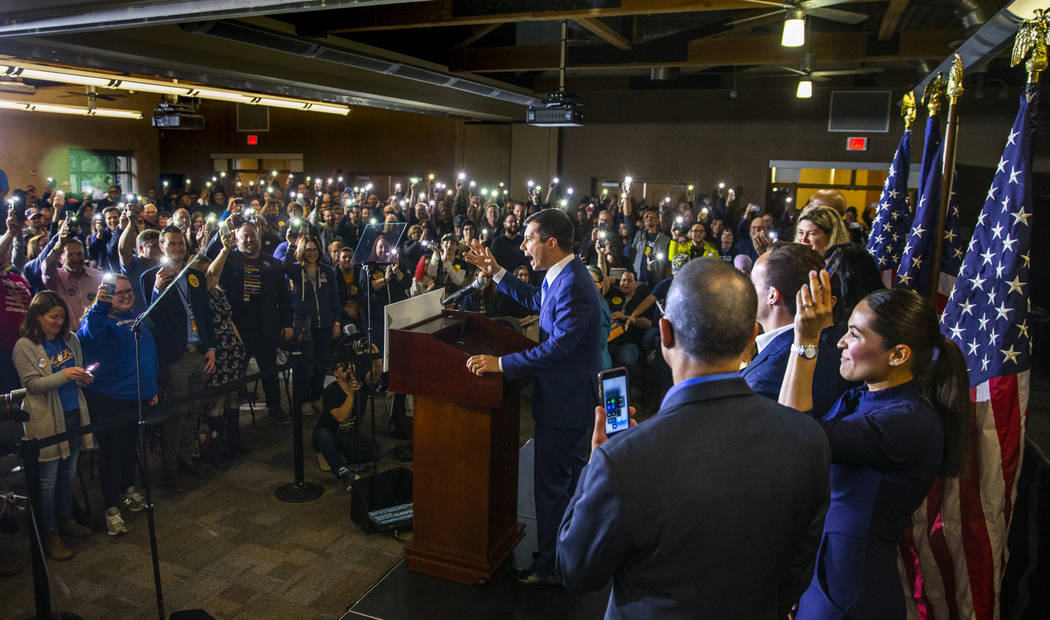 Democrats put Nevada in the rearview mirror Saturday and looked ahead to future contests on the presidential calendar, a road map that now gets problematic for many of the candidates seeking the party’s nomination.

Vermont Sen. Bernie Sanders rode a wave of enthusiasm in Nevada, where Democratic registrations were up, a heavy early voter turnout was reported and the racial makeup is more representative of the country than in earlier states.

The battle now heads to South Carolina and Super Tuesday states, where one-third of the 1,991 delegates needed to win the Democratic nomination will be doled out.

Talking to Nevada Democratic voters on Saturday, Sen. Catherine Cortez Masto summed up her take on the caucuses.

“Energy, and I don’t think that is unique to Nevada,” she said. “I think we are seeing that across the country.”

Cortez Masto spoke to voters outside Liberty High School, one of her many stops on caucus day.

She said the political environment and enthusiasm among Democrats are stronger this year than when she won election to the Senate in 2016.

Since then, some of President Donald Trump’s policies and congressional gridlock have prompted people to seek a change, Cortez Masto said. “The energy of the people coming out, who want to make that change, that’s what I see.”

Sanders spent 24 days in the state, which rewarded him with momentum that continues to grow. Exit polling for NBC showed Sanders fared well with younger and minority voters.

That was evident at caucuses Saturday.

Still, Trump signaled he would not concede Nevada, or other swing states, in his bid for re-election in November.

He flew in and out of Nevada multiple times during a tour of Western states this week, ending with a Las Vegas rally Friday, where he chided every Democratic presidential candidate and touted the economic growth that has occurred during his administration.

After the Nevada caucuses, Trump campaign manager Brad Parscale said, “There is no denying that big government socialism dominated again as Bernie Sanders remained the leader of the leftist pack.”

But Democratic candidates campaigning in the state were quick to say that middle-class families and others have not seen the economic rewards that the wealthy and corporations have received through regulatory rollbacks and tax cuts.

Rep. Dina Titus, D-Nev., said the early vote — in which nearly 75,000 people participated — showed that “Democrats are very energized” to vote against Trump in the Nov. 3 election.

“They want to take him out,” Titus said as she prepared to meet caucusgoers at Paris Las Vegas.

She caucused for former Vice President Joe Biden, who enjoys strong support among African American voters, a significant portion of the Democratic electorate in South Carolina.

Biden was expected to attend a Baptist church service in North Charleston, South Carolina, on Sunday.

Sanders received a larger share of the black vote than Biden in Nevada, according to exit polling for NBC. The Vermont senator received 36 percent, compared to 27 percent for the former vice president.

Titus said she expected Biden to win South Carolina, and that he was well positioned for Super Tuesday, which includes delegate-rich states like California and Texas.

The Nevada caucuses could force other candidates, such as Minnesota Sen. Amy Klobuchar, to reevaluate their campaigns.

Money will become a factor as television advertising becomes a key component to capturing delegates in future states.

“Klobuchar could have some problems,” said Colin Strother, a Democratic campaign strategist not working for any of the candidates.

Though Klobuchar did well in Iowa and New Hampshire, where the electorate is 90 percent and 93 percent white, respectively, Strother said Nevada could signal an end for the Minnesota senator, who must appeal to a larger base of voters.

That decision may not be made right away. Minnesota is one of the 14 states and territories that will hold Super Tuesday contests March 3.

Without consolidation of the field, Democrats could be headed to a brokered convention in Milwaukee in July. To clinch the nomination outright, a candidate will need at least 1,991 delegates.

One candidate who may not need to worry about keeping the money flowing is former New York City Mayor Mike Bloomberg. He’s yet to compete in an early presidential state, but he is advertising heavily in Super Tuesday states and has pledged to spend whatever he needs to win the nomination and take on Trump.

Meanwhile, former San Antonio Mayor Julian Castro, who dropped out of the presidential race, said Massachusetts Sen. Elizabeth Warren has “a campaign that was built for the long haul.”

“She has more than 1,000 staffers in 31 states, including many in the Super Tuesday states. In Texas, they have more than 60 staffers in different cities across the state,” Castro said.

As the caucuses ended in Nevada, Sanders flew to Texas, where he delivered his victory speech.