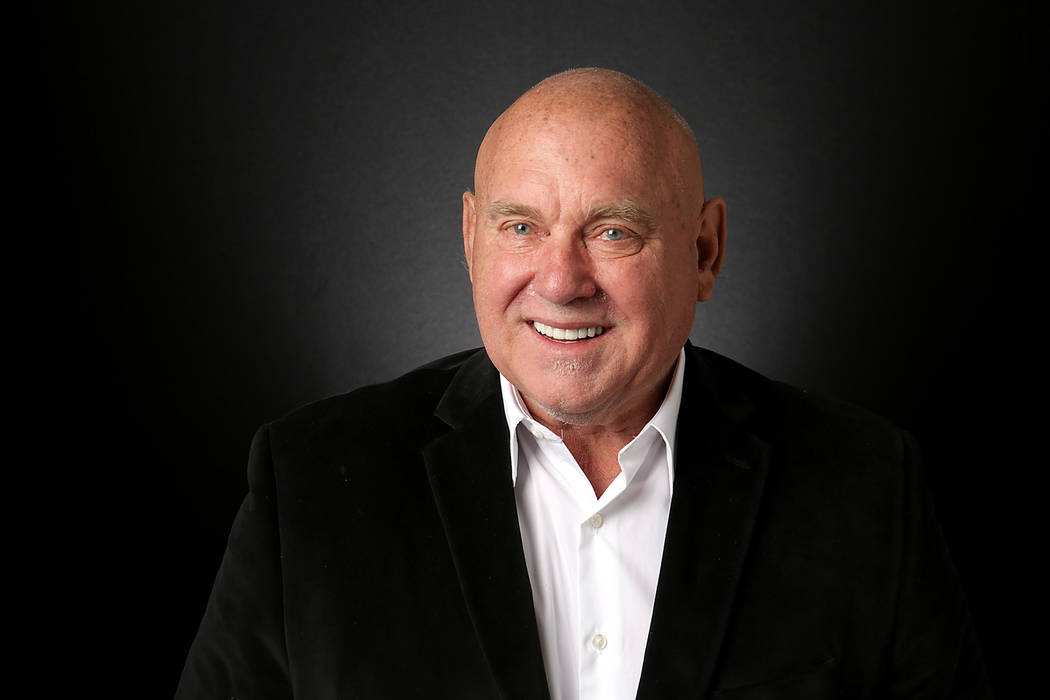 Democrat Lesia Romanov was the only candidate with a pulse in the race for Assembly District 36, but apparently that wasn’t enough to defeat deceased brothel owner Dennis Hof.

Based on partial returns late Tuesday night, it appeared voters in the rural, heavily Republican district chose to elect someone no longer living rather than let the seat turn blue.

“It will be another footnote in Nevada history: We voted for a dead man,” predicted Eric Herzik, chair of the political science department at the University of Nevada, Reno.

Elsewhere, though, Democrats still had a chance to expanding their hold on the Assembly enough to secure a supermajority.

As of 11 p.m., Democrats had won or were on their way to winning 27 of the 42 seats, with two decisive races in Assembly districts 4 and 37 still too close to call. A Democratic victory in one of those races would result in a supermajority. The Democrats last won control of two-thirds of the seats in the Assembly during the blue wave of 2008 that swept President Barack Obama into office.

Twenty-seven of the 28 incumbents who were up for re-election from both parties also appeared poised for victory late Tuesday night.

Meanwhile, women were on the cusp of making history in the Assembly, as 20 female candidates were leading in the early returns. If all of them could hold on and be joined by two more female contenders, it would mark the first time that a majority of the chamber would be held by women.

It’s unclear who will end up representing District 36, where there are nearly 8,500 more Republicans than Democrats on the active-voter registration rolls.

Hof was the leading contender there when he was found dead in bed at his Love Ranch brothel in Crystal, just north of Pahrump, on Oct. 16.

Hof was widely expected to win anyway, but some experts said dying only improved his chances.

“I think Hof would have won alive,” Herzik said, but his death made him palatable to some squeamish GOP voters because it turned him into “the Republican placeholder” on the ballot.

Assuming Hof is officially declared the winner, the seat will be declared vacant, and the process will start to appoint his replacement.

According to Wayne Thorley, who oversees elections at the Nevada secretary of state’s office, the commissioners in the three counties included in District 36 — Clark, Lincoln and Nye — will meet separately to nominate one candidate each. Then the three county commissions will hold a joint meeting to vote on which of the three candidates to appoint.

Nye County will hold the most sway, as the commissioners’ votes will be weighted based on the number of precincts in each county.

Whoever the commissions select will be seated well before the start of the legislative session next year.

It sounds terrible, Herzik said, but “by dying, (Hof) solved an embarrassing situation for Republicans in the Legislature.”

Before his death, some GOP lawmakers were threatening not caucus with him if he was elected.