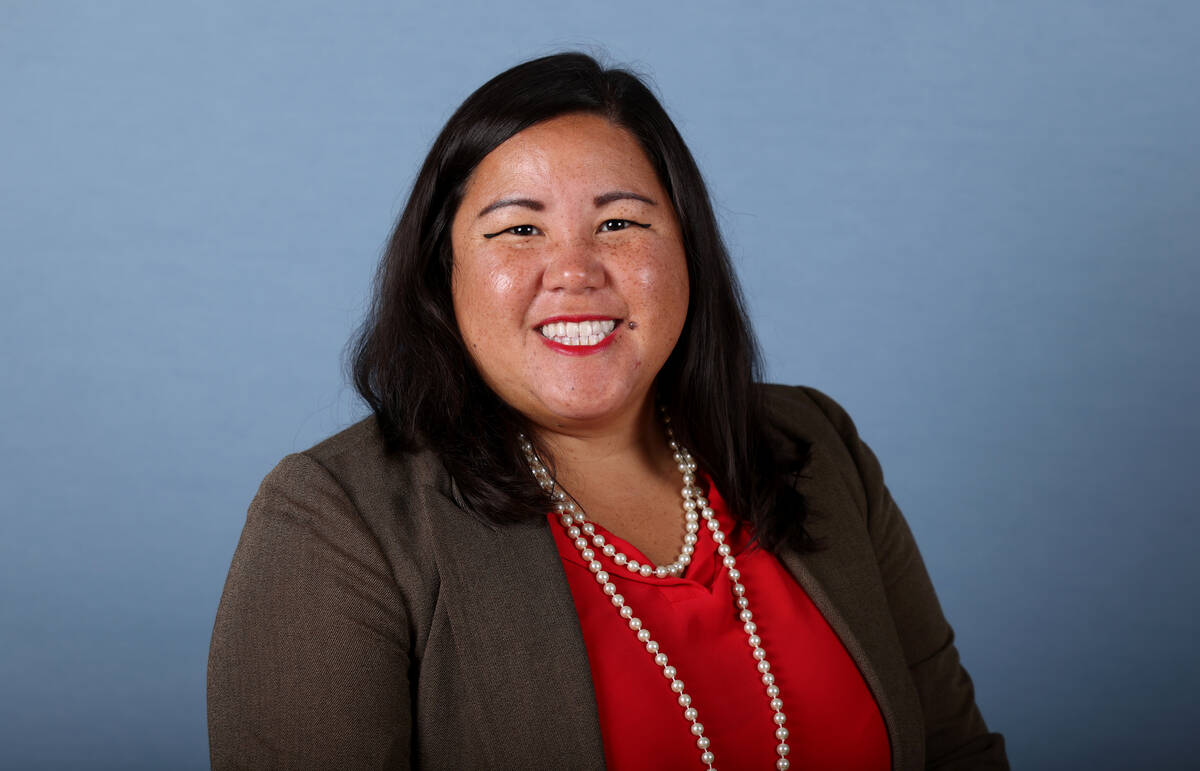 “The thing I’m most passionate about is education,” said Mosca, 36, who runs a nonprofit that prepares teens for college and to return to the community as leaders.

Mosca came to Las Vegas in 2008 to teach fifth grade. After earning a master’s degree in education and policy from Harvard, she used her own savings to launch nonprofit Leaders in Training, which today has a half-million dollar budget.

Stamper did not respond to repeated requests for an interview. There is no indication, such as a campaign website, that he is running an active campaign.

The daughter of an immigrant from the Philippines and parents who work hourly jobs, Mosca became the first in her family to graduate from college. (Mosca’s father is a pressman at the Review-Journal.)

“I think I understand what regular people go through, but have had professional experiences and have been successful in working in the other world,” she said. “So I hope that I can bridge those two things.”

If elected, a priority for Mosca would be to address teacher shortages, which she said are particularly affecting marginalized communities. She wants to continue the work of the past legislative session in looking at ways to fast-track the licensing of teachers.

Her experience with the nonprofit, she believes, would help her to be effective in the Assembly. “You have to build a coalition,” she said. “You have to work with people who may have different perspectives.”

The winner of the general election will replace term-limited Assemblywoman Maggie Carlton.