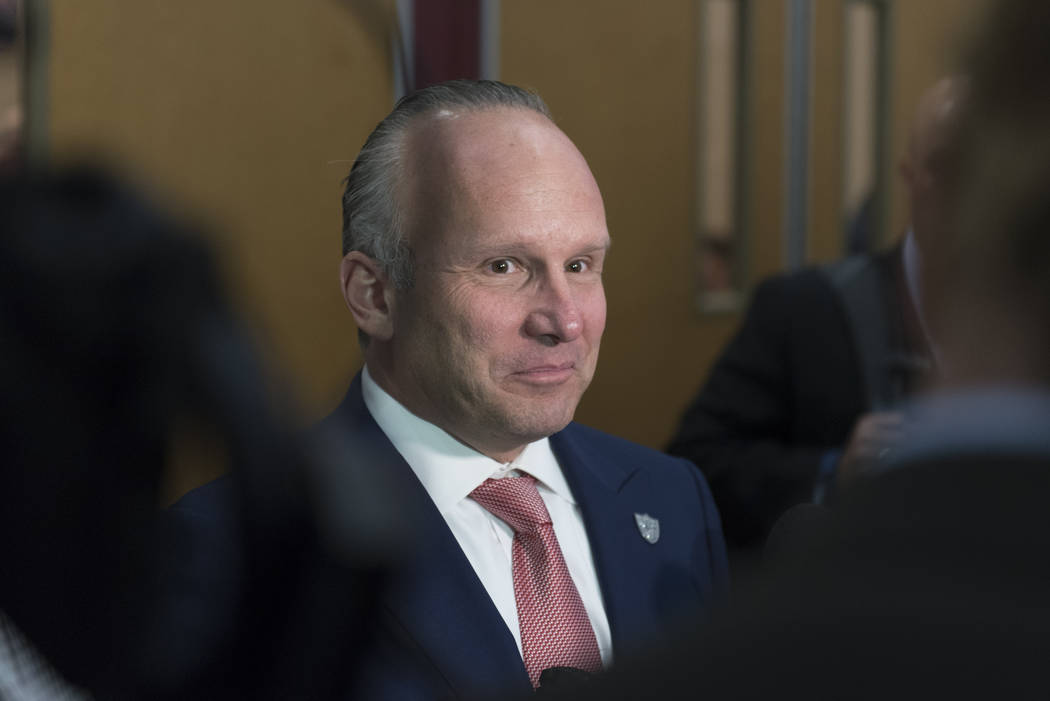 A report detailing the impacts of a pending ballot initiative on energy choice came under fire Thursday from a governor’s task force member who said the report violates state ethics laws.

“It is a 110-page opinion letter from a biased regulator who thinks he has the opinion of a judge,” said Andy Abboud, senior vice president of government relations for Las Vegas Sands Corp. Abboud sits on the Governor’s Committee on Energy Choice, which was created to develop recommendations should the Energy Choice Initiative, or Question 3, pass for a second time this November.

The report, published Wednesday by the Public Utilities Commission, said that if Question 3 became law, most Nevadans would see higher energy bills for at least a decade, renewable energy projects could slow down or be stopped altogether, and it could cost upwards of $100 million for the state to implement the open energy market the initiative would require.

The Sands executive said the report violates ethics laws because he believes PUC Chairman Joe Reynolds, in the role of a state regulator, used it to express his opinion on a ballot initiative.

Hayley Williamson, assistant general counsel for the PUC, responded that the report was provided at the request of the governor’s task force.

“The PUCN followed an extensive public process for this investigation, which was consistent with all of its investigatory dockets and is meticulously set forth in the report. Over 4,700 pages of records have informed the PUCN’s analysis and those are provided in the appendix for anyone to review,” Williamson said in a statement.

Abboud lambasted the report during a task force meeting Thursday, echoing similar claims raised Wednesday by the campaign pushing the initiative. He also accused the PUC of being too close to the utility companies it regulates.

“This is not an objective report, and this is not an unbiased regulator,” said Abboud, whose employer, Las Vegas Sands, has been the biggest financial supporter of the Energy Choice Initiative campaign.

But Sandoval appears to have no appetite for Abboud’s comments attacking Reynolds.

“The governor believes that personal attacks have no place in energy policy discussion, or any policy discussion for that matter. Governor Sandoval remains committed to an open dialogue on this topic and looks forward to a continued robust discussion on energy in Nevada,” Kinner said.

Because Question 3 is a proposed state constitutional amendment, voters must approve it twice before it becomes law.

In 2016, Sands donated more than $1.9 million of the $3.3 million raised by the campaign advocating in favor of the Energy Choice Initiative, according to Nevada campaign finance records. The measure passed with support from 73 percent of voters.

Sands donated an additional $600,000 to the Energy Choice Nevada PAC, a group affiliated with the Yes on 3 campaign, in 2017.

Sands was one of three major Las Vegas casino corporations, along with MGM Resorts International and Wynn Resorts Ltd., that petitioned the PUC to exit NV Energy in 2016. MGM paid an $86.9 million exit fee to unplug from the electricity supplier, and Wynn paid $15.7 million.

Sands decided against leaving after being told it would have to pay $23.9 million.