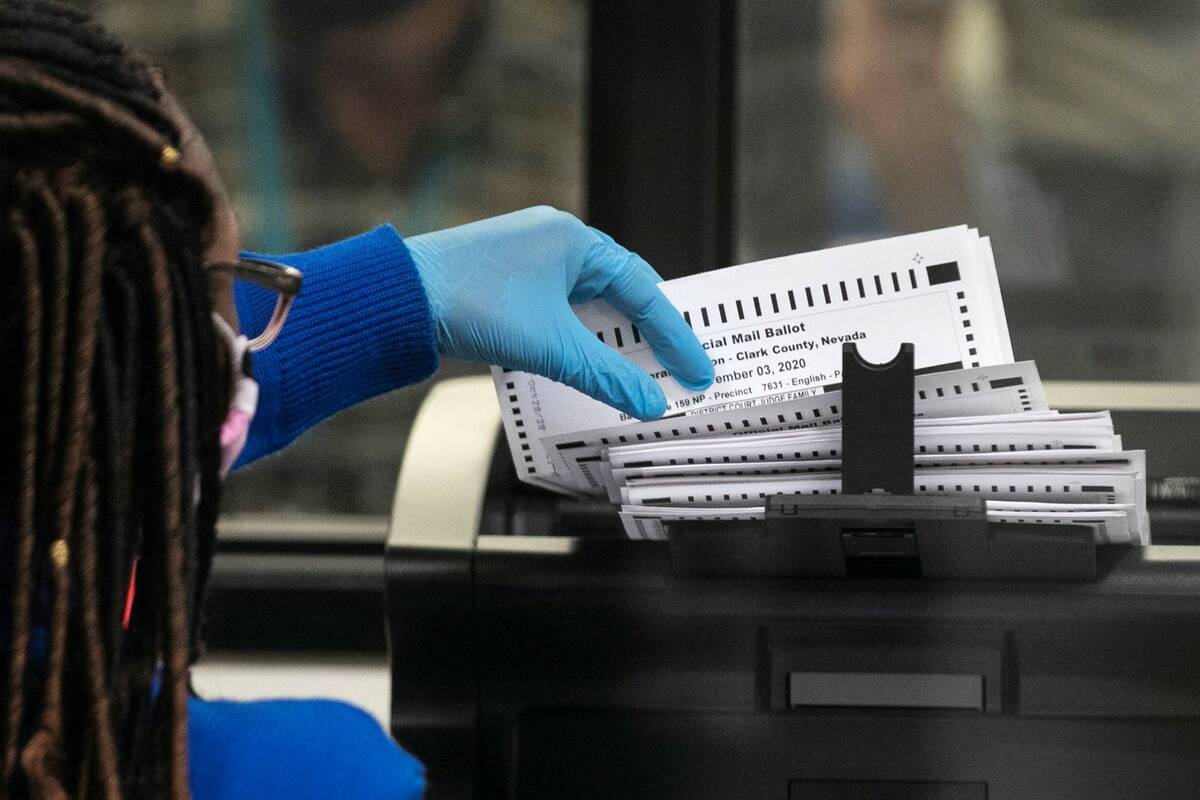 CARSON CITY — Another citizen-backed effort to bring ranked-choice voting to elections in Nevada is in the works.

Las Vegas attorney Todd Bice has filed a ballot initiative on behalf of a fledgling organization named Nevada Voters First. In a statement, the group said the initiative intended to “address the deficiencies of the primary election system” and give nonpartisan voters more of a say in elections.

The group notes that 35 percent of Nevada voters are unaffiliated with one of the two major political parties and cannot vote in primaries, while registered party members may feel voiceless, making it “clear that this antiquated system needs to change.”

To reach the ballot, the initiative would need signatures from more than 140,000 voters in the state, roughly 35,000 from each congressional district. Voters would then need to approve it in two successive elections. It seeks to take effect by July 2025 in time for 2026 races.

The initiative proposes changes to the state constitution governing primary and general elections for all state and statewide elections except president and vice president. That includes U.S. House and Senate seats and elections for governor, lieutenant governor, attorney general, secretary of state, treasurer, controller and state Senate and Assembly races.

Under the plan, primaries would be open to all voters, not just party members, with the top five finishers advancing to the general election. In the general contest, voters would rank their choices. If no candidate garners more than 50 percent of the votes on the first round of balloting, the candidate with the fewest votes is dropped and the ballots are counted again, with the ousted candidate’s votes reallocated to voters’ second-choice pick. The winnowing process continues until there is a clear winner.

According to FairVote, a nonpartisan election reform group, 43 jurisdictions used ranked choice voting to pick candidates in elections earlier this month, 20 of them in Utah. Another 50 are expected to use it at their next election. At the state level, Maine adopted it in 2016 and used it 2018. Alaska adopted it in 2020 and will use it next year.

Proponents of the system said it gives nonpartisans a greater say in the overall electoral process and helps elect candidates with broad-based support. Opponents say it is confusing and can produce odd outcomes, such as propelling long-shot underdogs into office.

Some half dozen efforts to bring it to Nevada, either through legislation or citizen initiative, have failed to win support in recent years.