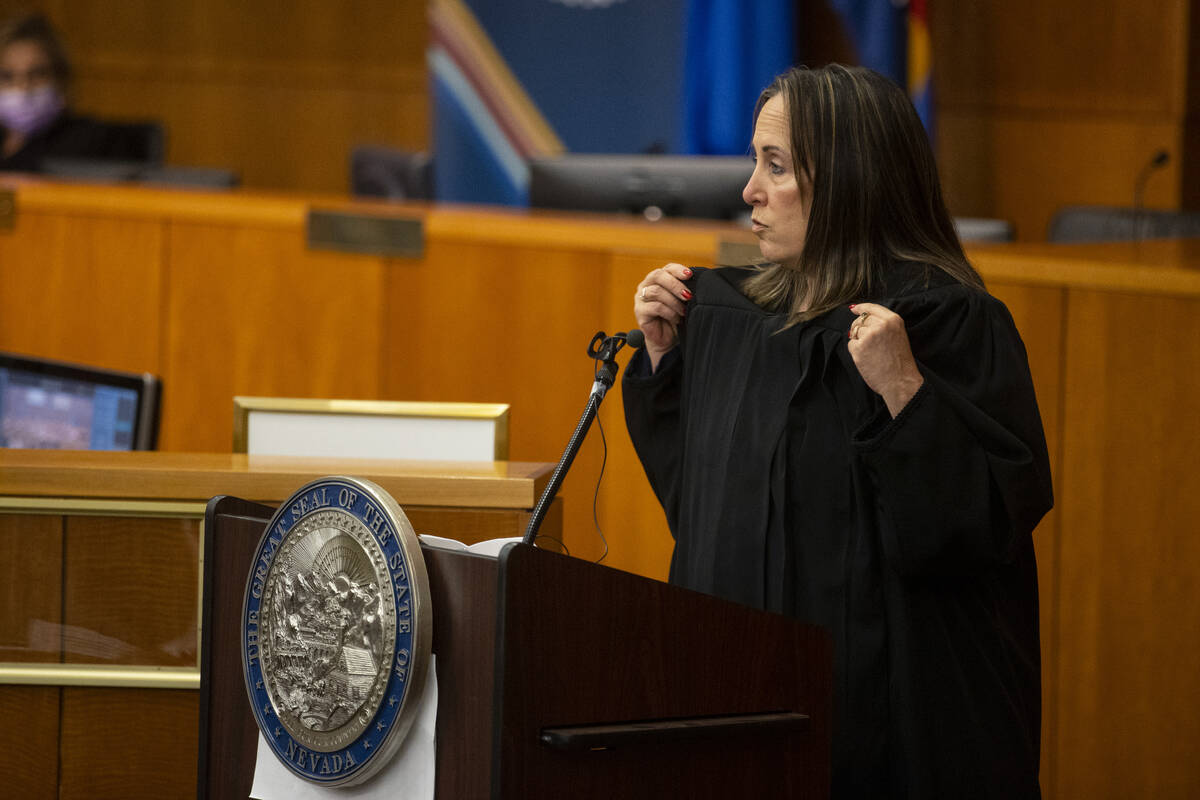 RENO — A Clark County district judge ruled Wednesday that lawmakers who are simultaneously employed as public employees are not in violation of the state constitution’s separation of powers rule.

Judge Jessica Peterson ruled in favor of the four lawmakers named in the complaint: Assemblywomen Brittney Miller and Selena Torres, both teachers with the Clark County School District, Sen. Dina Neal, an adjunct professor at Nevada State College, and Sen. James Ohrenschall, who serves as a deputy public defender in Clark County.

Neal, D-North Las Vegas, said she was grateful for the court’s ruling.

“I’m glad the court said we’re allowed to be employees and have economic well-being,” she said. “When we think through what we want state government to look like, it should look like the citizens they serve.”

In a text message Thursday evening, Neal said she appreciated Nevada State College for being supportive amid the legal action.

The ruling, released in response to a complaint filed by conservative think tank Nevada Policy Research Institute in July 2020, lays out a three-step test to determine whether an individual with dual employment is in violation of the state’s constitution.

The ruling also points out that the Nevada Legislature has the power to block this kind of employment situation but has declined to do so.

“Therefore, this Court views this inaction as the intent of the Legislature to not enact such a law,” the ruling states.

The complaint initially named nine lawmakers from both political parties, including Senate Majority Leader Nicole Cannizzaro and Sen. Melanie Scheible, D-Las Vegas, both of whom worked as deputy district attorneys in Clark County at the time.

Scheible left her position at the Clark County District Attorney’s office just days after two state Supreme Court justices concluded in a dissenting opinion that she could not serve in both positions simultaneously. Cannizzaro left the office in April 2022, which effectively removed her as a party in the lawsuit.

It’s been a long-fought battle for NPRI, whose initial complaint was rejected in December 2020 on the grounds that the organization did not have standing to bring the lawsuit. The Nevada Supreme Court reversed that decision in April 2022 and said that the issue “is likely to recur, and is of such significant public importance as to require resolution for future guidance.”

And the organization will make yet another appeal to the state Supreme Court, according to NPRI Vice President Robert Fellner.

“We look forward to giving the Nevada Supreme Court an opportunity to follow its own, binding precedent on this issue — which squarely and emphatically rejects the line of reasoning put forth by the district court — in our forthcoming appeal,” Fellner said in an emailed statement.

Bradley Schrager, an attorney representing Miller and Torres in the case, slammed NPRI for its continued efforts on the separation of powers issue.

“In the end, if you framed it right for Nevadans, they would want the broadest possible choice for their own representatives in their communities to be able to serve in the Legislature. And NPRI has time and again tried to stand in the way of that,” he said. “I think that the important thing is to have a rule that everyone can follow, that makes sense under the constitution, and that permits a citizen legislature to be constituted, from among the people chosen by the people.”

It’s hardly the first time the question of whether lawmakers in Nevada’s part-time Legislature can continue their full-time jobs during the legislative session without conflict.

Many of the state’s attorney generals have issued differing opinions on the separation of powers doctrine over the years.

The Legislature has the right to determine the qualifications of its members, but state lawmakers can still face individual lawsuits, according to a 2004 ruling from the Nevada Supreme Court.

A previous version of this story incorrectly identified one of the teachers involved.