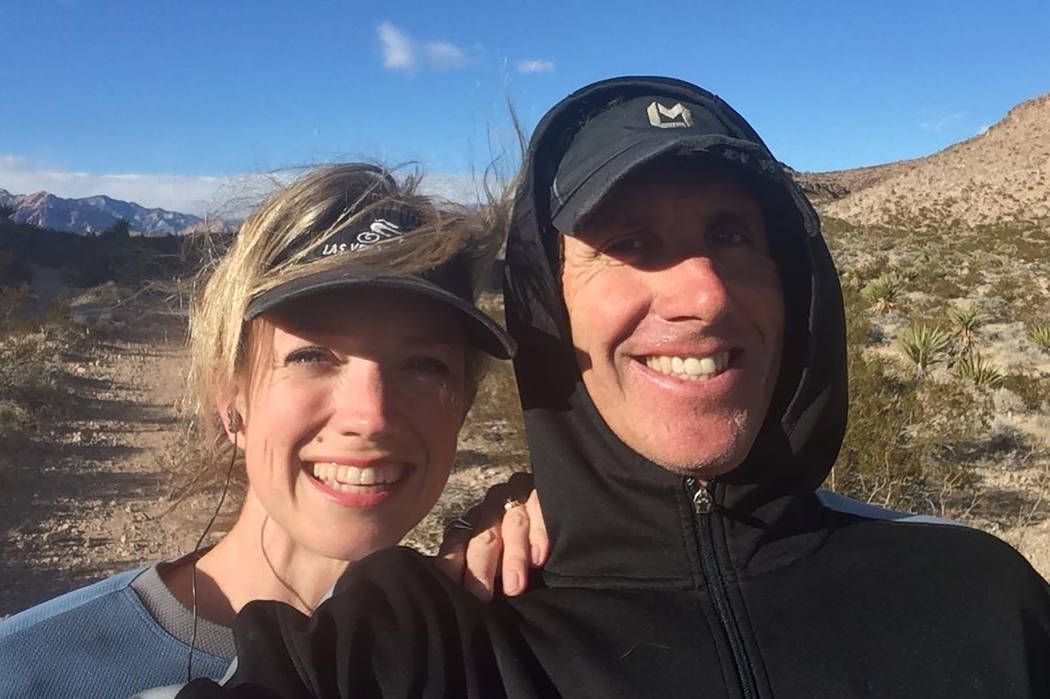 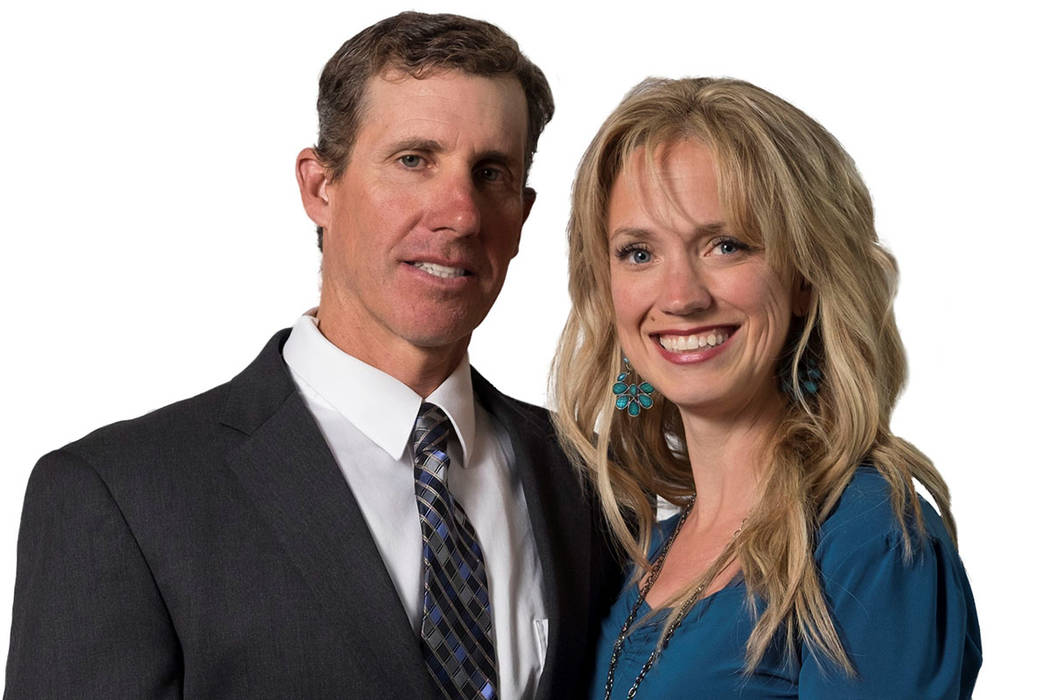 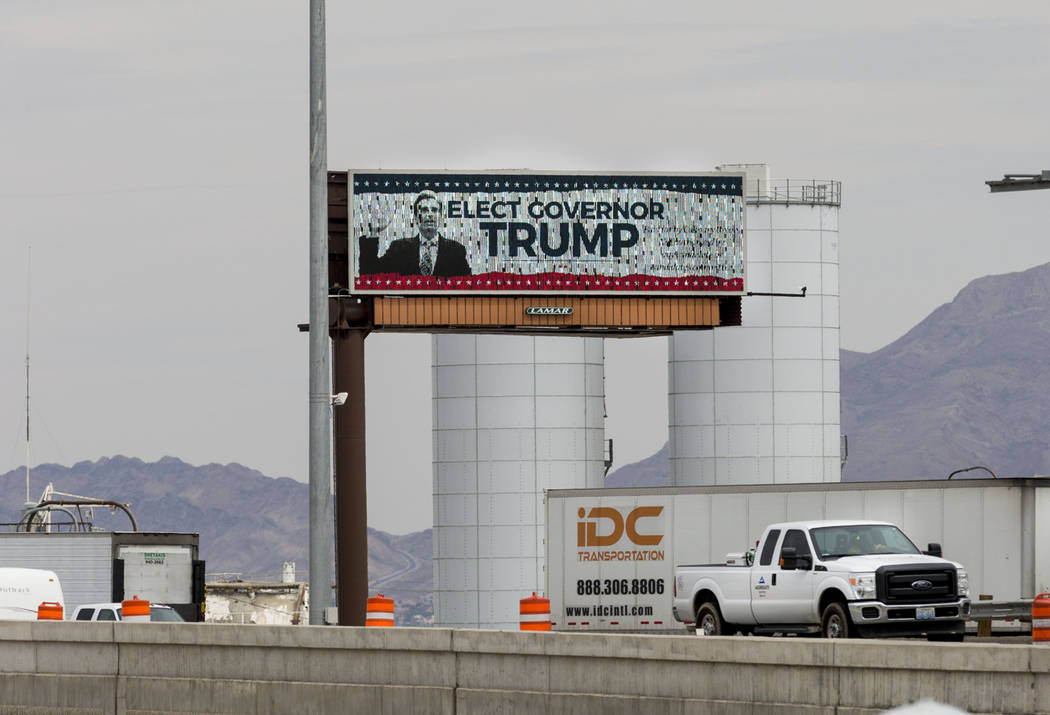 A digital billboard off Interstate 15 in Las Vegas Tuesday compares Nevada Attorney General Adam Laxalt to President Donald Trump. Although he has not announced his intentions, Laxalt is said to be considering a run for governor in 2018. (Elizabeth Brumley Las Vegas Review-Journal @EliPagePhoto) 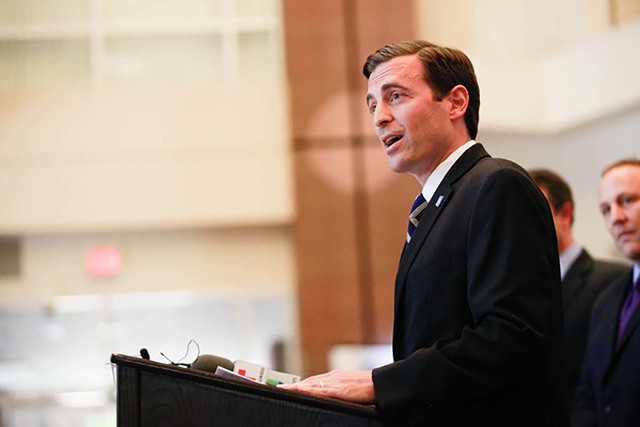 The owner of a Las Vegas bike shop and tour company hopes to shake things up in Nevada’s 2018 gubernatorial race.

Jared Fisher, who owns Las Vegas Cyclery in Summerlin and Escape Adventures bike tours with his wife, Heather, announced this week that he will run to replace Brian Sandoval as the state’s governor.

Fisher, a 47-year-old Republican and resident of Blue Diamond, has never run for public office. And he’s kicking off his campaign, naturally, with a bike ride.

Dubbed “The Listening Tour,” Fisher is planning a 1,400-mile ride across the state beginning Monday. Fisher said he will leave from Las Vegas and head north to Elko before coming south through Reno, and he hopes to hit as many towns in between as possible.

“I love riding bikes, and I love the state. Why not put it all together and do some good?” Fisher told the Las Vegas Review-Journal on Wednesday.

Fisher is an advocate for protecting Nevada’s public lands and clean energy. His bike shop is powered by a vertical wind turbine and 200-plus solar panels that help it generate more power than it uses from NV Energy.

Fisher said he will wait and see what he learns from voters on his cross-state trek before building his full campaign platform.

Jared Fisher is running for governor, but his wife might be the more recognizable figure. Heather Fisher is the president of the environmental nonprofit Save Red Rock, a group that is opposed to a revitalized plan to build thousands of homes on Blue Diamond Hill near the Red Rock National Conservation Area.

With a reported $1.5 million in cash on hand to start the year, Adam Laxalt is considered the front-runner for the GOP gubernatorial nomination, although he has not announced whether he intends to run for Sandoval’s seat or seek re-election as attorney general.

But that hasn’t stopped the Culinary Union from launching a pre-emptive attack on Laxalt — by comparing him to President Donald Trump. Since mid-April, five electronic billboards in Las Vegas and two in Carson City have shown a picture of Laxalt with the words “Elect Governor Trump.”

As for Laxalt’s potential run, the strongest indication yet came Thursday in an invitation for a $5,000 per-plate fundraiser next week hosted by Steve Wynn. The invitation was first reported by The Nevada Independent. The event will include Wisconsin Gov. Scott Walker, chairman of the Republican Governors Association, and Arizona GOP Gov. Doug Ducey.

Robert Uithoven, a consultant for Laxalt, declined to comment Thursday on the billboards or the fundraiser. In January, he said during a press call, “That decision is yet to be made, but Laxalt’s viability for a successful campaign in either office is without question.”

On the Democrat side, former Diamond Resorts CEO Stephen Cloobeck said in January he plans to run for governor and would seed his campaign with $5 million of his own money. On Thursday, he told the Review-Journal he has been conducting polling and is still exploring a bid.

Clark County Commission Chairman Steve Sisolak, who has nearly $4 million in campaign cash, is weighing a bid but hasn’t made a decision.