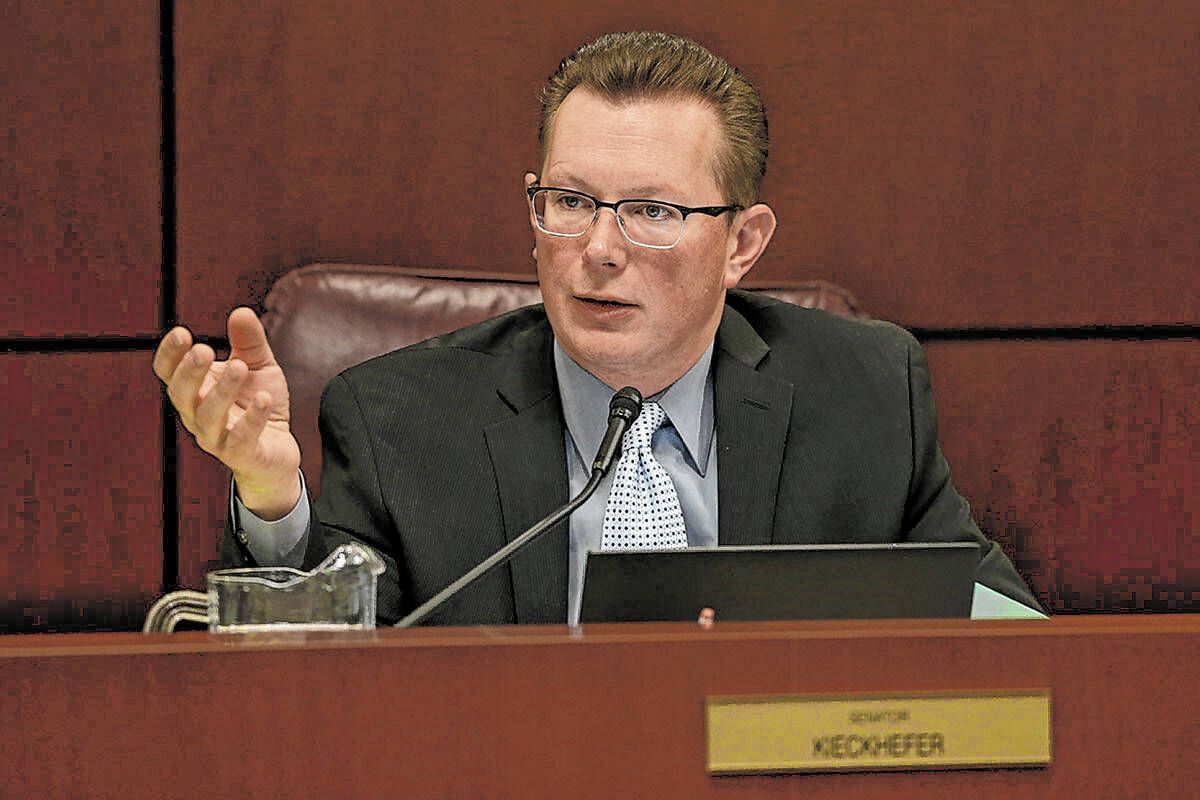 Sen. Ben Kieckhefer, R-Reno, asks a question during a Finance Committee meeting in the Legislative Building in Carson City on Wednesday, Feb. 6, 2019. Kieckhefer has been tapped to be Gov.-elect Joe Lombardo's chief of staff. (K.M. Cannon/Las Vegas Review-Journal) @KMCannonPhoto

“I’m delighted to announce Ben Kieckhefer as my incoming Chief of Staff today,” Lombardo said in a written statement. “Ben has dedicated his life and career to the service of Nevadans, and there is no one more qualified or better prepared for this role. I know that Ben’s exceptional leadership, unmatched integrity, and extensive legislative experience will be an important part of our success in Carson City.”

Prior to his appointment to the Nevada Gaming Commission in October 2021 by Gov. Steve Sisolak, Kieckhefer served as a Republican state senator representing a Northern Nevada district that stretched from Reno down to Carson City for three terms, starting in 2011. He also serves as the director of client relations at the McDonald Carano law firm.

During the 2019 session, Kieckhefer was instrumental in passing a bill that made it easier for the public to obtain records from government agencies, a bill that was opposed by local governments in the state.

Kieckhefer also worked as a reporter for the Reno Gazette-Journal and the Associated Press, covering the Legislature in Carson City. He also served as communications director for former Gov. Jim Gibbons, and as the public information officer for the Nevada Department of Health and Human services.

Kieckhefer will resign from his position on the commission after Lombardo’s inauguration, which is set for Jan. 2.

In the statement, Kieckhefer said he was “honored” to join the first-term governor-elect’s administration.

Kieckhefer was previously named as part of Lombardo’s transition team, which was announced earlier this month. The team is headed up by RedRock Strategies founder Ryan Erwin, who oversaw Lombardo’s campaign, and includes other business and government leaders. He also announced several working committees focused on areas including agriculture, ranching and mining and economic and workforce development.