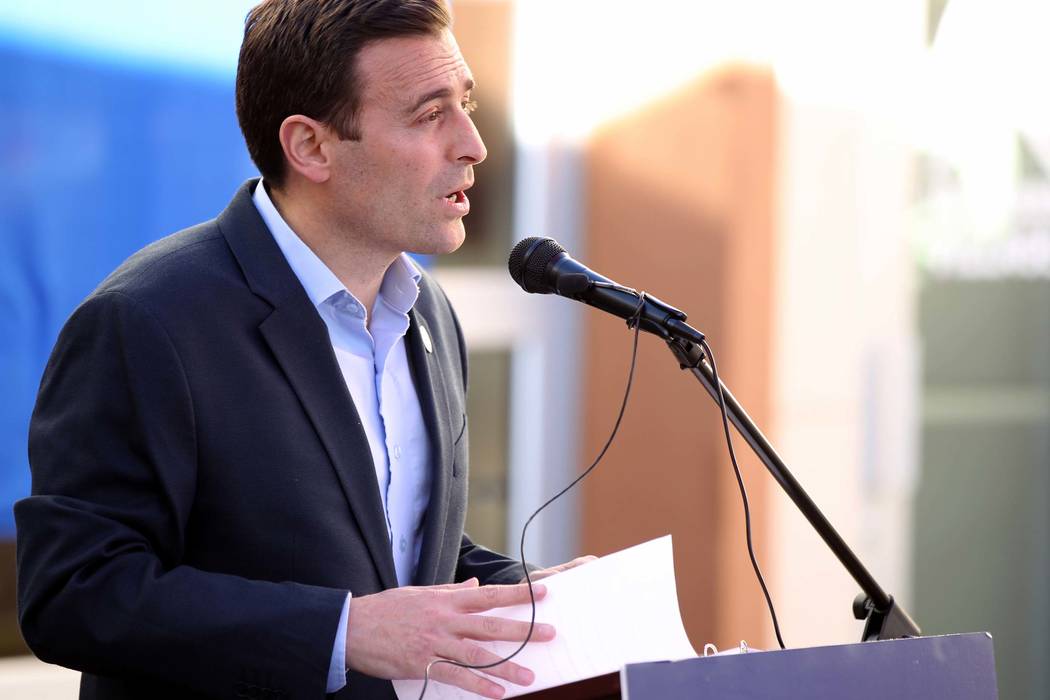 Adam Laxalt was listed as a speaker for a major National Rifle Association event, but the Nevada attorney general’s name and face have been wiped from the event’s website.

Laxalt, also a Republican candidate for governor, appeared on the event’s website this week as a scheduled speaker for the May 4 NRA Annual Leadership Forum — which touts itself as a “must-stop for candidates seeking the highest levels of elected office” — along with Florida Gov. Rick Scott, Texas Sen. Ted Cruz, political commentator Tomi Lahren and Chris Cox, the NRA’s top lobbyist.

The change came just days after 17 people were killed in a shooting at a high school in Parkland, Florida.

The NRA did not return requests for comment about the change. Laxalt’s campaign said his participation in the NRA event had not been confirmed when the NRA posted him as a speaker.

“It is too far out to know what our schedule looks like,” Laxalt campaign spokesman Andy Matthews said.

“Laxalt’s weak attempt to distance himself from the NRA after the Nevada Dems called him out is evidence of his pathetic endeavor to conceal how right-wing and out of touch he truly is,” Kalla added.

With a crowded congressional primary field, a trio of Republicans attempted to distinguish themselves at a candidate forum Tuesday night in Las Vegas.

State Sen. Scott Hammond, former Assemblywoman Victoria Seaman and former television reporter Michele Mortensen fielded questions on topics that ranged from tax policy and unemployment to immigration and whether Yucca Mountain should be used as a nuclear waste dump.

And while many of the three candidates’ answers were similar, a few notable differences stood out — most notably on immigration reform.

Hammond said he supports a pathway to citizenship for DACA recipients — children who were brought to the U.S. as children illegally — and that he believes it would help secure the border between the U.S. and Mexico.

Seaman said that she would not consider a path to citizenship or any kind of amnesty until more is done to secure the border and sanctuary cities are stopped.

The forum was hosted by the Republican National Hispanic Assembly of Nevada and the Nevada Republican Black Caucus at the World Market Center.

Republican Tiffany Jones is ending her bid for the Nevada Assembly to run instead for state Senate. Jones declared her candidacy for Assembly District 35 in Las Vegas on Feb. 5, but said in a release on Tuesday that she will instead run for Senate District 9 — open because Becky Harris was appointed as chairwoman of the Nevada Gaming Control Board.

Five-term Assemblywoman Melissa Woodbury, R-Las Vegas, announced on Tuesday that she will not run for re-election. She also endorsed political newcomer and Republican Glen Leavitt, who announced his candidacy on the same day, for the seat.