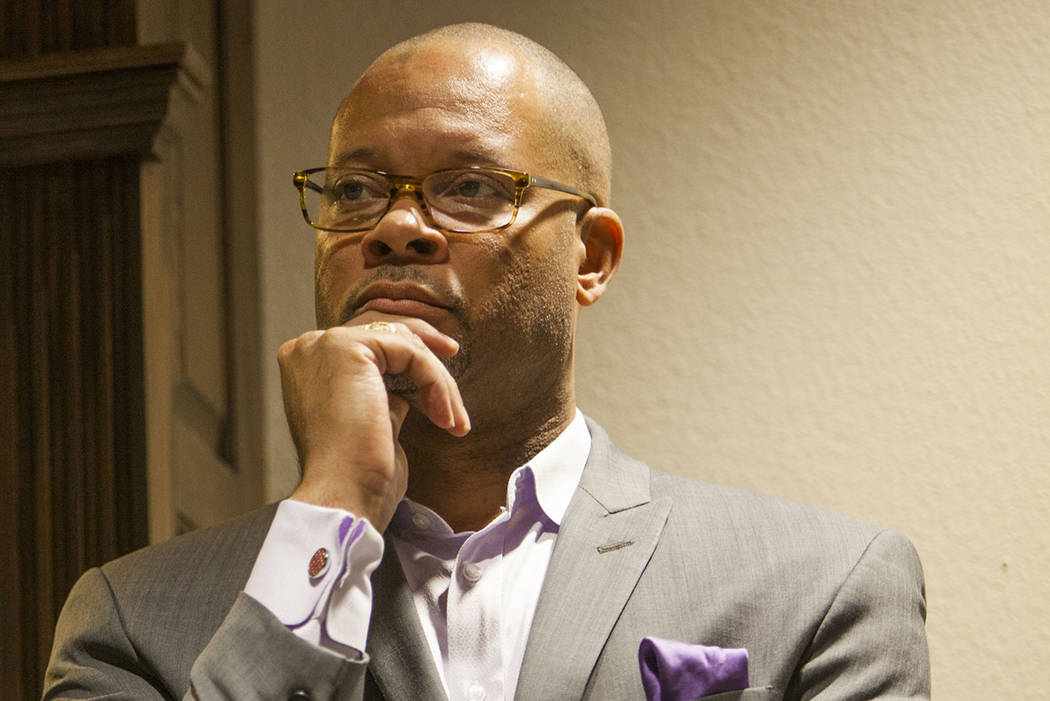 The Democratic nominee in the race to become Nevada’s top prosecutor has a history of failing to fully pay his taxes, public records show.

The IRS filed three liens against Aaron Ford, the Democratic nominee in the race for attorney general and current state Senate majority leader, for what amounted to more than $185,000 in unpaid taxes, interest and penalties from 2010, 2011, 2012 and 2013, according to Clark County records.

The federal government released the three liens against Ford in early 2016, according to IRS notices filed with the county.

Ford didn’t personally respond to the Las Vegas Review-Journal’s questions for this story. His campaign manager, Peggy Yang, said in an email statement that Ford did pay taxes every year, but that his unpaid taxes occurred because of a combination of financial issues and his rise to partner at his then law firm.

“After the recession hit, like a lot of families, the Fords faced some financial difficulties, and after becoming partner at his firm, not enough taxes were withheld from Aaron’s paycheck, which is why he ended up owing more,” Yang said.

Yang also noted that Ford disclosed the liens in personal finance disclosure records that require candidates for office in Nevada to list any debts owed that exceed $5,000.

Ford reported the debts on those disclosure forms in 2014 and 2015, according to Nevada Secretary of State records.

John Vick, campaign manager for Ford’s Republican opponent Wes Duncan, said it was “pretty arrogant” for Ford to vote to raise taxes in the Legislature while having his own tax debts.

Ford is a partner at Las Vegas law firm Eglet Prince. Prior to that, Ford worked at Snell and Wilmer, a western states law firm with offices in Reno and Las Vegas, where he was named a partner in 2011 and specialized in commercial litigation.

Snell and Wilmer declined to comment for this story.