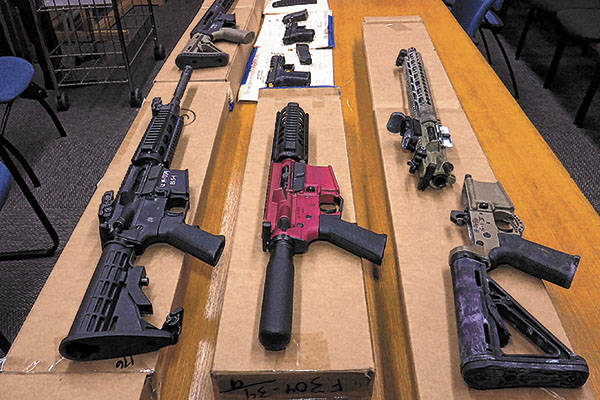 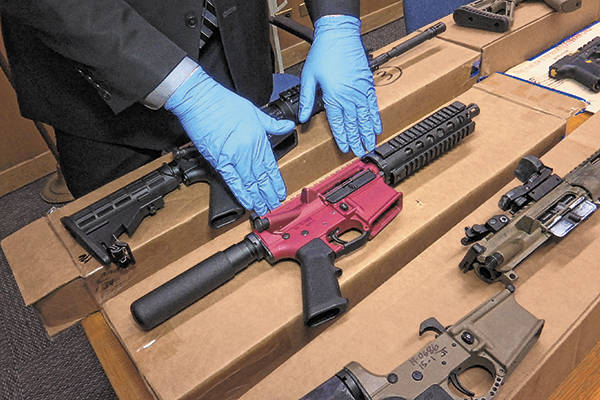 But in a separate proceeding, a state court judge sitting in Lyon County has enjoined one section of the law from being enforced while a full trial is held. The trial is scheduled for November.

U.S. District Judge Miranda Du in Reno ruled that Assembly Bill 286, passed by the Legislature and signed by the governor in June, “does not severely burden Second Amendment protected conduct, but merely regulates it.” The law, she wrote elsewhere in her decision, “is a valid exercise of the government’s police power.”

The plaintiffs, in a statement, called the judge’s decision “misguided” and “horribly flawed.”

The law, which goes into effect Jan. 1, 2022, bans the sale and possession of unassembled weapons sold in kits or made with 3D printers that, in their unfinished state, are not classified as weapons and do not require serial numbers. Those weapons are widely referred to as “ghost guns.” The law’s backers cited the threat to public safety from people who are legally prohibited from owning firearms but can buy the kits.

The lawsuit was filed June 10 by the Firearms Policy Coalition, an advocacy group, and two Nevada residents against Gov. Steve Sisolak and state and county law enforcement officials. The plaintiffs claimed a constitutional right to build one’s own firearm.

But the court, siding with the state defendants, said the law “does not completely prohibit, as Plaintiffs suggest, the right to self-manufacture firearms but rather prohibits self-manufacturing of unserialized firearms.”

Because the law “targets only unserialized firearms that are not within a categorical exception, that bypass background checks by virtue of self-assembly, and that are untraceable without a serial number, the Court finds that A.B. 286 is a reasonable fit for achieving the government’s objectives of decreasing the threat that unserialized firearms pose to public safety and preserving law enforcement’s ability to trace firearms related to violent crimes,” Du wrote.

The plaintiffs also argued the law, which essentially forces owners of such weapons to sell or otherwise get rid of them, constituted unreasonable government seizure of private property without compensation, banned under the Fifth Amendment. Du again disagreed, finding the law “does not deny all economically beneficial or productive use of unserialized firearms and constituent parts as Plaintiffs contend.”

She noted that the “police powers” exception to the Fifth Amendment ban on property seizure provides for prohibiting use of certain property determined by law to be dangerous to public health or safety.

In contrast to eminent domain proceedings, “just compensation is not required when the government uses its police power to prevent a perceived public harm,” she wrote.

The Firearms Policy Coalition, reacting to the decision, said the group was weighing an appeal.

“Today’s order is wrong as a matter of law and reduces the fundamental human right to keep and bear arms to a mere privilege,” the group said.

The Bureau of Alcohol, Tobacco, Firearms and Explosives searched Dayton-based Polymer80, a gun kit maker, in December on suspicion of evading gun laws by making and selling the kits. According to ATF data, roughly 10,000 ghost guns were recovered from crime scenes and seizures by law enforcement in 2019, including 2,700 in California alone.

Completed Polymer80 pistols “were used in hundreds of crimes throughout the United States,” according to an ATF affidavit.

The company filed a lawsuit in Lyon County District court in June seeking to block the law on grounds that it is “unconstitutionally vague” in how it defines weapons that would be banned. On July 16, Judge John P. Schlegelmilch granted a preliminary injunction blocking a section of the law that bars sale of gun kits such as those sold by Polymer80 pending a final ruling in the case.

“The inability of a company like Polymer80, Inc. to conduct its business without the threat of unreasonable interference or the destruction of the business is the type of irreparable harm that warrants preliminary injunctive relief,” the judge wrote in his ruling. He set a trial start date of Nov. 30.

In a statement posted on the company’s website, Polymer80 CEO David Borges called the preliminary injunction “a significant victory for Polymer80, Nevadans, and our customers nationwide,” adding that the law is “vague and unlawful legislation that targets our company specifically for conducting a lawful business.”

An earlier version of this story incorrectly reported the effective date of AB 286; the law goes into effect on Jan. 1, 2022.