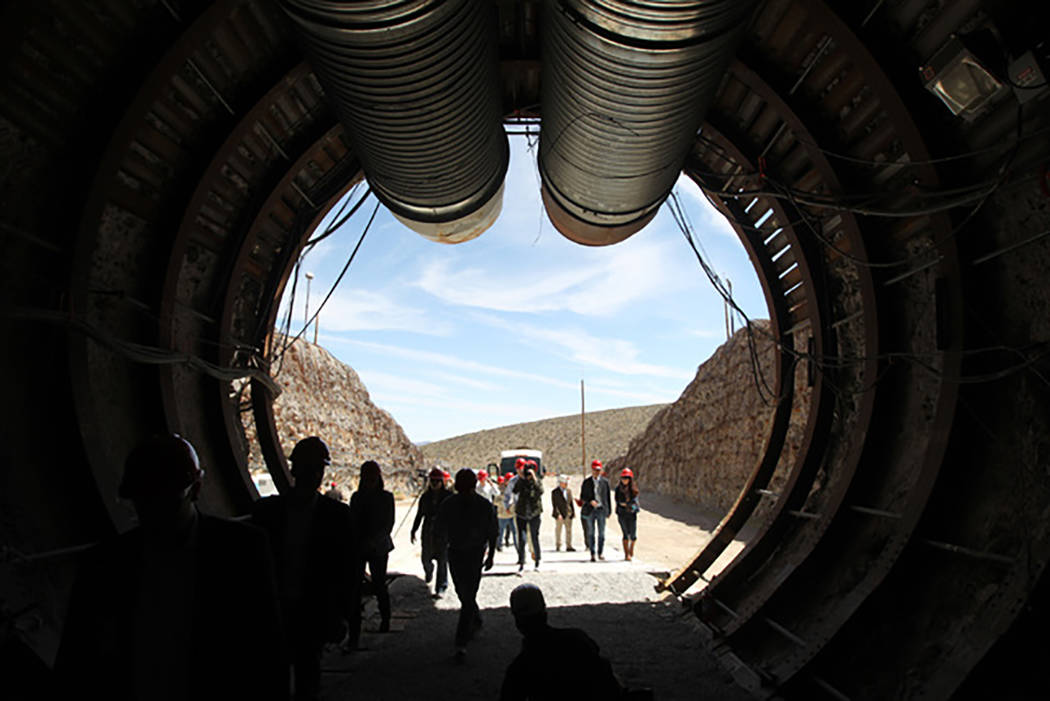 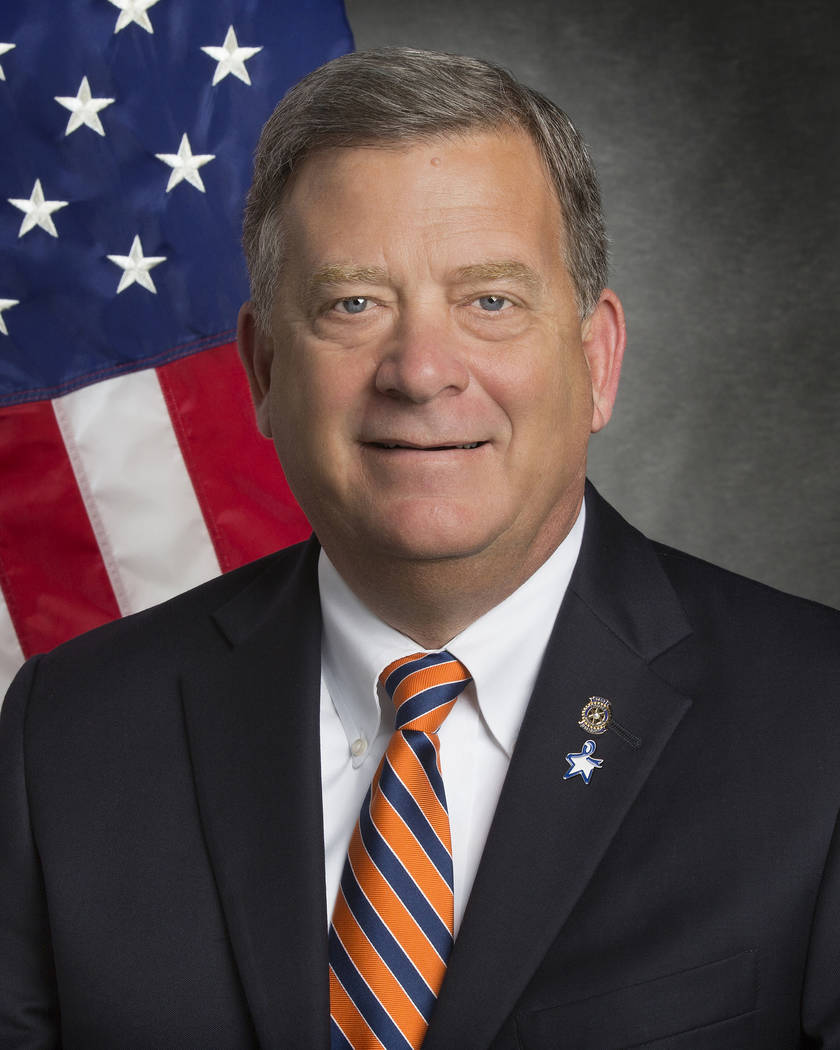 Commissioner David Wright was appointed to the Nuclear Regulatory Commission by President Donald Trump and confirmed by the Senate this year. The state of Nevada is asking Wright to recuse himself from any federal decision on Yucca Mountain, citing his past advocacy and public comments critical of local opposition to the controversial project. (The Nuclear Regulatory Commission)

WASHINGTON — The state of Nevada is asking a regulatory commissioner to recuse himself from any federal decision on Yucca Mountain, citing his past advocacy and public comments critical of local opposition to the controversial project.

Nevada filed the formal 89-page request on Thursday with the Nuclear Regulatory Commission, the agency that would oversee the licensing process of an application by the Department of Energy to build a waste repository at Yucca Mountain.

The state claims Commissioner David Wright, appointed to the NRC by President Donald Trump and confirmed by the Senate this year, has long been an advocate for the Yucca Mountain project and has been critical of the state’s opposition to waste storage at the site.

Nevada’s legal filing stated that Wright’s participation in an NRC decision on Yucca Mountain would violate the state’s due process right “to a neutral and unbiased decision-maker.”

“In fact, given your past actions and expressions of opinion about the merits of the proposed Yucca Mountain repository, your participation would flout established norms that have been followed throughout the Commission’s 43-year history,” Nevada’s legal request stated.

A spokesman said Monday that “the NRC received the request, and Commissioner Wright will consider it.”

Wright is one of five NRC commissioners. Prior to his appointment and confirmation, Wright was president of an energy consulting business. He was a chairman and member of the South Carolina Public Service Commission from 2004-2013.

He also served as chairman of a Yucca Mountain task force established by the National Association of Regulatory Utility Commissioners to the promote the expeditious opening of the Nevada site.

The recusal request also includes documents that show Wright made six public statements of support of Yucca Mountain from 2005 to 2012.

“An objective, disinterested observer fully informed of facts set forth above would surely entertain significant doubt that justice would be done absent your recusal,” the Nevada request states.

The Obama administration slashed funding for licensing and the process was halted in 2011.

Nevada filed over 200 contentions or challenges to the license when the process was ongoing, many of them concerning the potential for groundwater contamination with the storage of 70,000 metric tons of nuclear waste from power plants and Navy reactors.

Trump sought to restart the process in 2017 with funding to proceed with the licensing in his first budget to Congress. The process remained stalled after the House and Senate disagreed on funding.

The Senate again has zeroed out funding for licensing of Yucca Mountain in its 2019 spending bill for the Energy Department, leaving the House and the upper legislative chamber again at odds.

If licensing of the DOE application to build the Yucca Mountain facility proceeds in the future, Nevada claims Wright’s previous advocacy and opinion that the site is safe are legal grounds for the commissioner to recuse himself.

Proponents of Yucca Mountain include lawmakers from states with nuclear power plants. Although the federal government is required by law to take and dispose of spent nuclear fuel rods, the waste is being stockpiled at plants across the country.

Taxpayer liability from lawsuits by utilities because of federal inaction in disposal was $34 billion in September, according a DOE financial report.

Nye County, where Yucca Mountain is located, and other rural Nevada counties support the licensing procedure to determine whether the site is safe for nuclear waste storage. Proponents claim establishing a national facility would be an economic boon to local economies.

Gov. Brian Sandoval and the state’s congressional delegation has opposed the project.

The filing also notes that NRC commissioners have recused themselves from cases before they agency in the past. It also notes that Nevada has never before requested a commissioner to disqualify during the past eight years as a legal party opposed to the Yucca Mountain project.