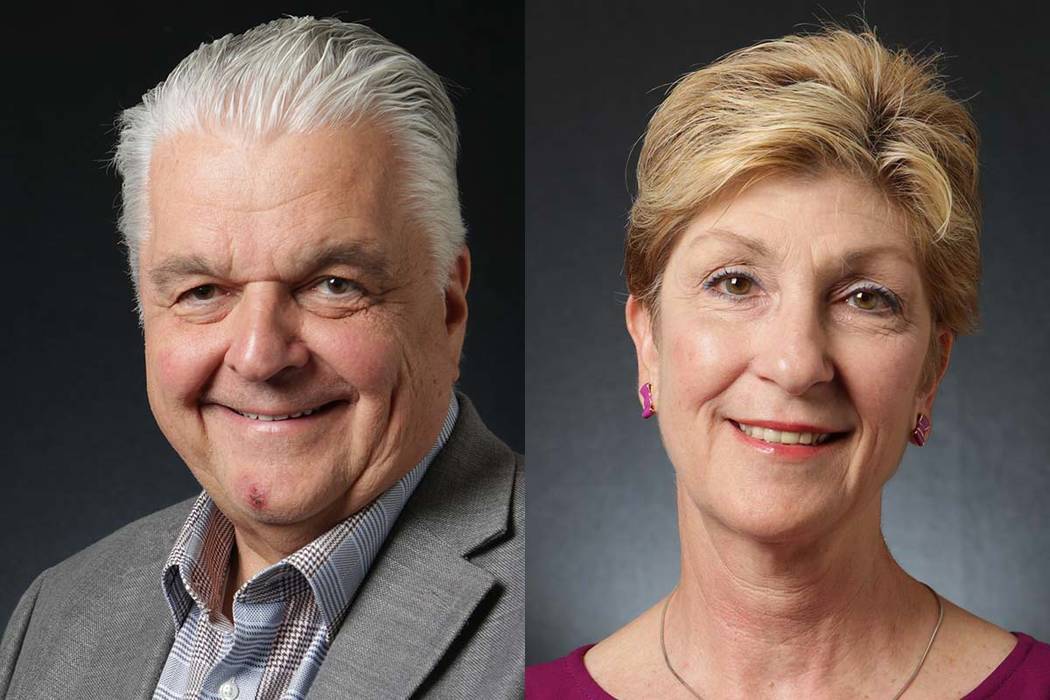 A new poll has Nevada’s leading Democratic governor candidates in a dead heat just two weeks before Election Day — despite the candidates pouring millions into scathing campaign ads before the contentious primary election.

The poll, funded by Women Vote!, which works with EMILY’s List, a group that aims to elect pro-choice Democratic women, showed County Commissioners Steve Sisolak and Chris Giunchigliani in a statistical tie. According to the poll, 38 percent of voters chose Sisolak while 35 percent said they’d vote for Giunchigliani. The poll’s margin of error is 4 percentage points.

Women Vote! has endorsed Giunchigliani in the Nevada governor’s race.

“This poll shows what we already knew to be true — that despite false and negative attacks from her opponent, Chris is running a strong campaign and the momentum is with her,” said Maeve Coyle, EMILY List’s deputy director of campaign communications. “We know that she’s going to be a champion for Nevada families, and we’re thrilled to be supporting her.”

“The one independent poll of this primary shows us leading by over 20 points,” Amestoy said. “We’re confident that voters are responding to Steve’s plans for Nevada.”

The poll, conducted by Benenson Strategy Group, included telephone interviews with 608 likely voters from May 21 to May 23. It also has Giunchigliani up 12 points since April while Sisolak is down 4 points.

“Polls like this, which show Chris has gained ground quickly and her opponent’s big lead has evaporated, are why we’ve seen an increasingly angry Steve Sisolak in recent days,” said Eric Hyers, Giunchigliani’s campaign manager. “He even complained that “the difficult thing in a primary is you’re dealing exclusively with Democratic voters.” The fact is that Sisolak has been on the wrong side of issues like: choice, marriage equality, the NRA and raising the minimum wage.”

The two candidates have drained their campaign coffers on TV ads attacking one another. Sisolak has spent nearly $5.2 million while Giunchigliani spent more than $1 million, according to the latest finance reports.

The poll found 2 percent of Democratic voters chose other candidates while 11 percent chose “none of the above” and 13 percent were “undecided.” Other Democrats running for governor are John Bonaventura, Asheesh Dewan, David Jones and Henry Thorns. They have collectively raised $5,349 this election cycle.

The poll results come as voters flock to the polls for two weeks of early voting for the June 12 election. Through Monday, about 17,915 voters have cast ballots in Clark County, which began Saturday.