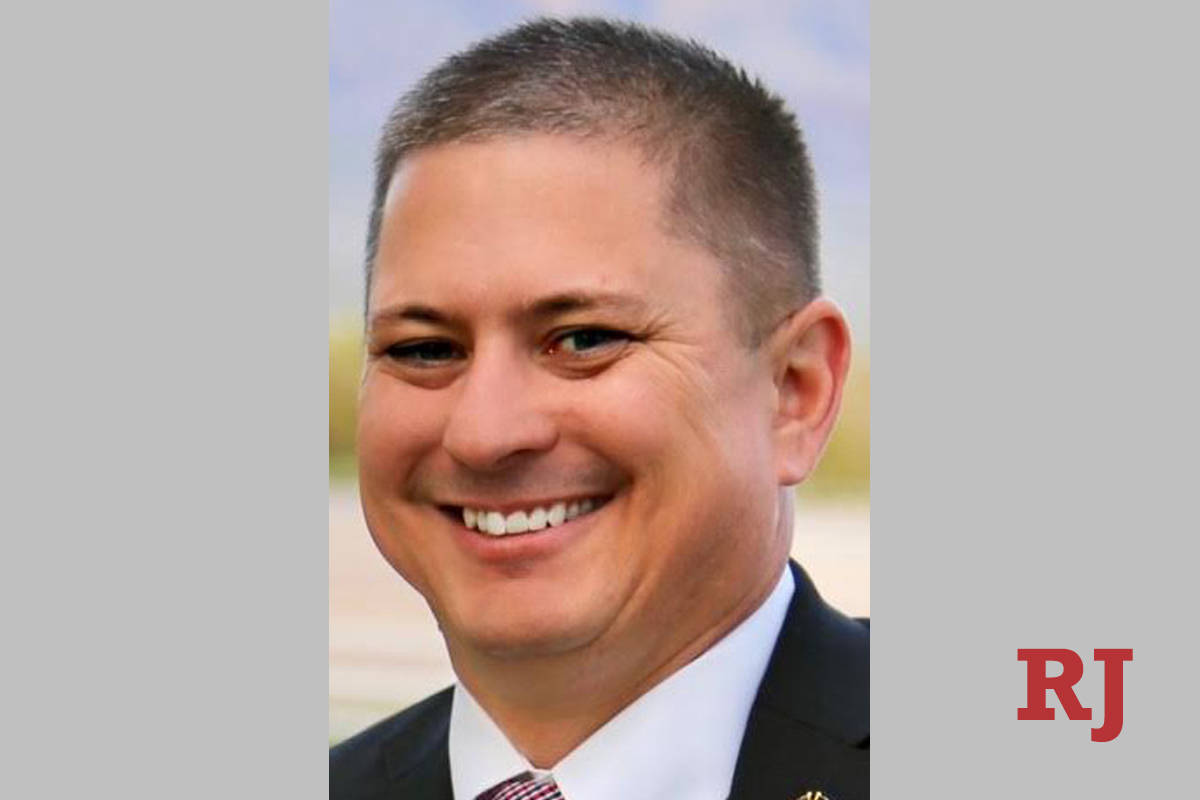 Peters finished second in the 2020 primary to former state Assemblyman Jim Marchant, who won about 35 percent of Republican voters to Peters’ 28 percent. Marchant was defeated by incumbent Rep. Steven Horsford, a Democrat, by about 5 percentage points in the general election.

In an interview with the Review-Journal prior to the announcement, Peters said he is once again running on a set of conservative values, including diversifying the state’s economy, securing the U.S.-Mexico border, expanding military funding and limiting the country’s growing deficit.

“We’re frankly being laughed at across the world,” Peters said. “I have friends who are still all around the world serving in various capacities for the U.S. government, and literally countries are laughing at us.”

Peters served in the Air Force for more than 20 years, including multiple tours of duty in the Middle East. He received a Bronze Star for his service in Afghanistan and retired with the rank of major. He earned a bachelor’s degree in criminal justice and a master’s in administration, and he now owns and operates Peters Family Insurance in Las Vegas.

He’s also worked to consolidate his support among Republicans in an effort to avoid another crowded primary.

Peters hired Marchant’s 2020 political consultant, Rory McShane, and is looking for an early show of strength with a reported $135,000 raised in the first quarter — more raised at this very early point than Marchant and former Rep. Cresent Hardy.

“One of the things obviously that new candidates take for granted a bit — and I’ll admit it, quite frankly — (is) the amount of money it takes to win a race,” Peters said. “They hear it, they understand it, but they don’t understand the magnitude of it, and this time we clearly do.”

Peters appears to be the first Republican to enter the race. McShane confirmed Marchant will not run again in the district. He may be looking at a bid for Nevada secretary of state instead.

The 4th District is an early target for Republicans, given a tight registration advantage for Democrats. But Horsford has successfully held off Republican challengers since reclaiming the seat in 2018. Horsford lost the seat to Hardy during a statewide Republican surge in 2014. Hardy then lost it the following cycle to former Rep. Ruben Kihuen in 2016.

The seat will be redrawn later this year by Nevada’s Democratic majority Legislature, which will likely help Horsford and fellow swing district Democrat Rep. Susie Lee in 2022.

Peters said Horsford has not lived in the district since he was elected in 2018 and has thus lost touch with the largely rural area. He claimed Horsford’s voting record is far too liberal compared his constituents’ sensibilities.

“Congressman Horsford is focused on delivering for families as they recover from COVID,” the incumbent’s campaign said in a statement Tuesday. “Passing legislation to help Nevadans with housing assistance, extended unemployment insurance and access to vaccines, all while helping small businesses get back on their feet with relief loans.”