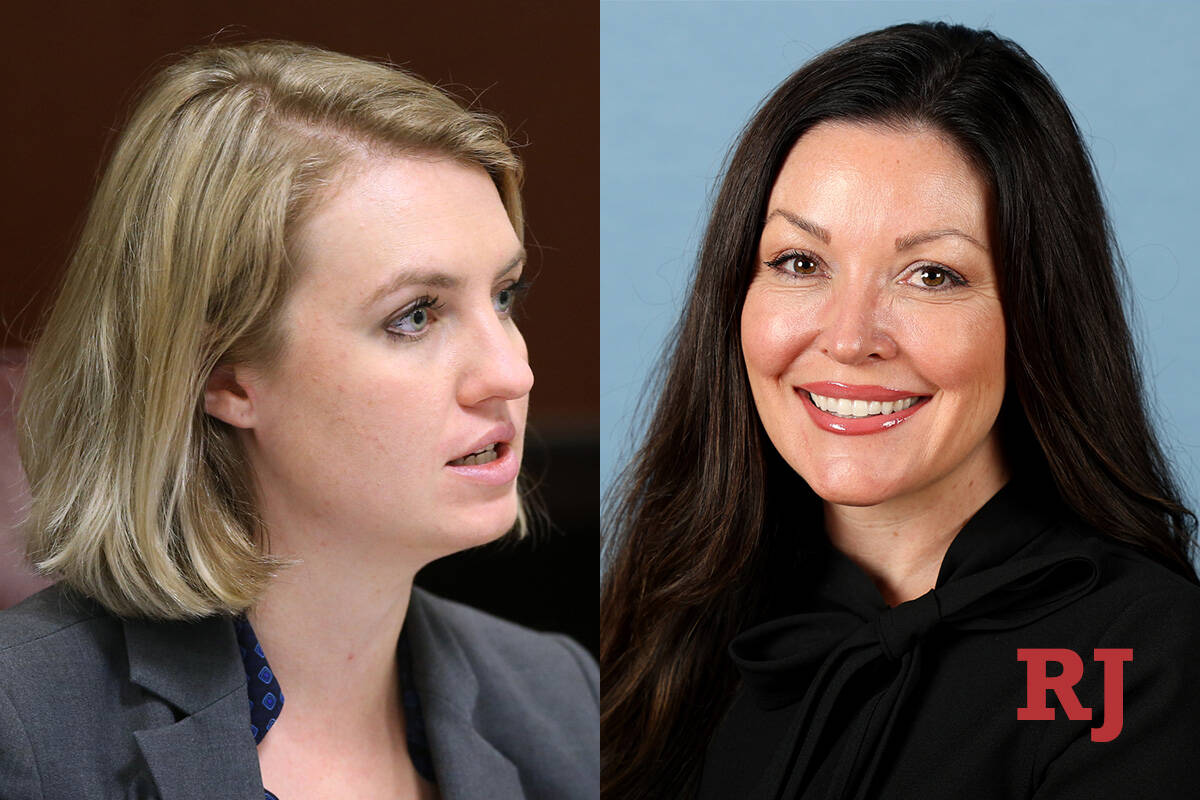 Scheible, D-Las Vegas, is a former Clark County prosecutor who said she is deeply committed to the issues of both public safety and reproductive rights for women as a legislator. She was first elected to the Senate in 2018 and serves as the chair of the Senate Judiciary Committee.

“I am really proud of the work that we have done to protect the right to choose in Nevada,” said Scheible. “I was one of the lead sponsors on the 2019 Trust Nevada Women Act which put into statute some of the protections that we enjoy in Nevada for access to important medical care. It helps keep decisions about a person’s body and their reproductive choices between them and their doctor and keeping politicians out of it.”

Scheible announced in May she was leaving her position as a prosecutor with the Clark County district attorney’s office after a criminal defendant challenged a conviction that Scheible won because she worked both as a deputy district attorney and served as a state senator. Attorneys cited the state constitution’s separation of powers clause to argue Scheible couldn’t both serve in the Legislature and work as a prosecutor, and two Nevada Supreme Court justices agreed. Although the high court’s majority didn’t consider that issue, it was likely that future challenges would have been filed had Scheible stayed with the office. (In fact, a separate case challenging all public employees who work in the Legislature survived an early challenge and is pending in District Court.)

“Continuing to work on the Judiciary Committee with our partners in law enforcement to make sure that we have safe schools, safe streets, safe communities. It is really important to me that our justice system is effective and that it is fair,” she said. “We are providing people with the opportunities for rehabilitation to access services they need to prevent and reduce crime. We also need to hold people accountable for those who threaten our safety.”

Support for business, public safety, education, and job growth are all on the agenda for Brown if elected. She is a successful small business owner, a Las Vegas native and UNLV graduate. She currently works as a residential real estate agent and with her husband, Jeff Brown, own a retail shoe store, Suite160, at The Shoppes at Mandalay Place.

“I have always volunteered for campaigns,” Tina Brown said. “I always felt it was my civic duty to help people get elected who I believed in and supported. I was also the past president of the Republicans Women’s Club. We had a family meeting and we decided it was a good time (for me) to fight for our state.”

Brown said making sure Nevada is “pro-business is, for me, a top priority.”

She said Nevada also needs to take a tougher approach to deterring crime with stiffer penalties for repeat offenders.

“Some of the laws that have been passed, citations instead of arrests, it is affecting our community,” she said. “In the last four years they have lessened penalties and made it easier for criminals to go in and out of the system.”

Brown is a supporter of school choice and breaking up the Clark County School District.

”Allowing more charter schools and allowing parents to have school choice,” she said.