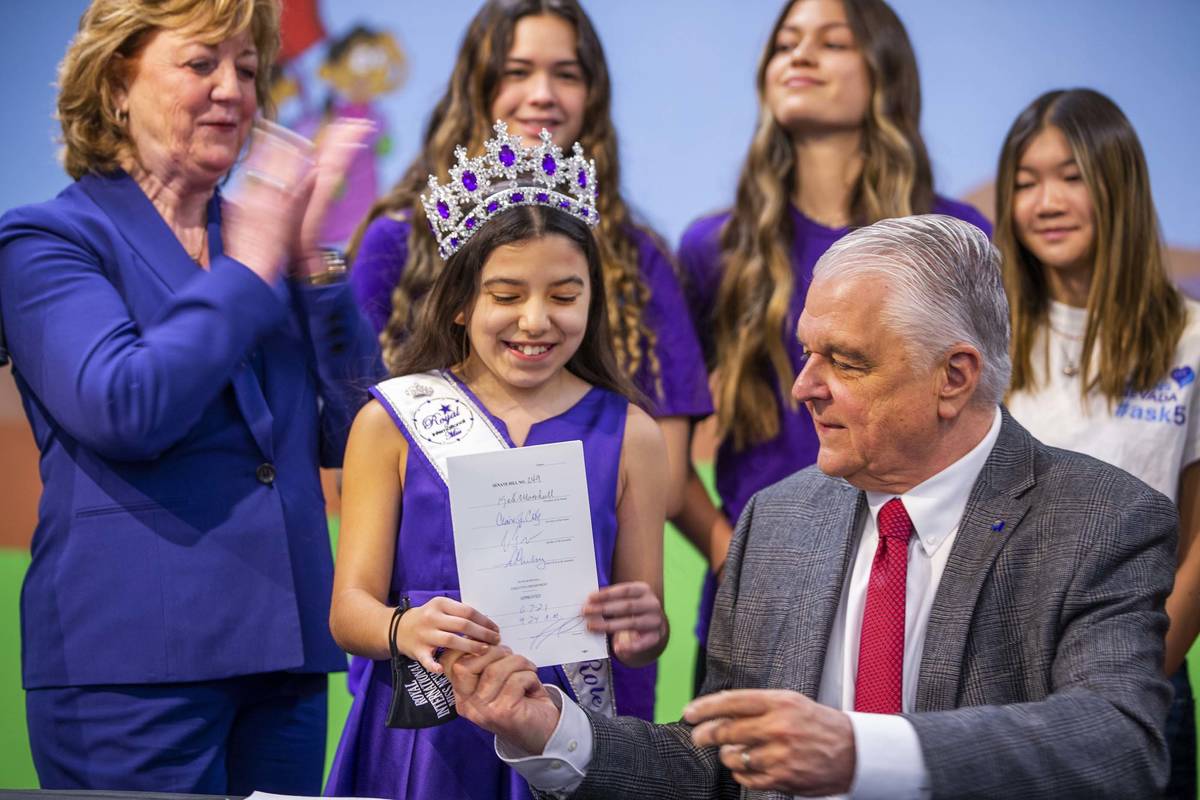 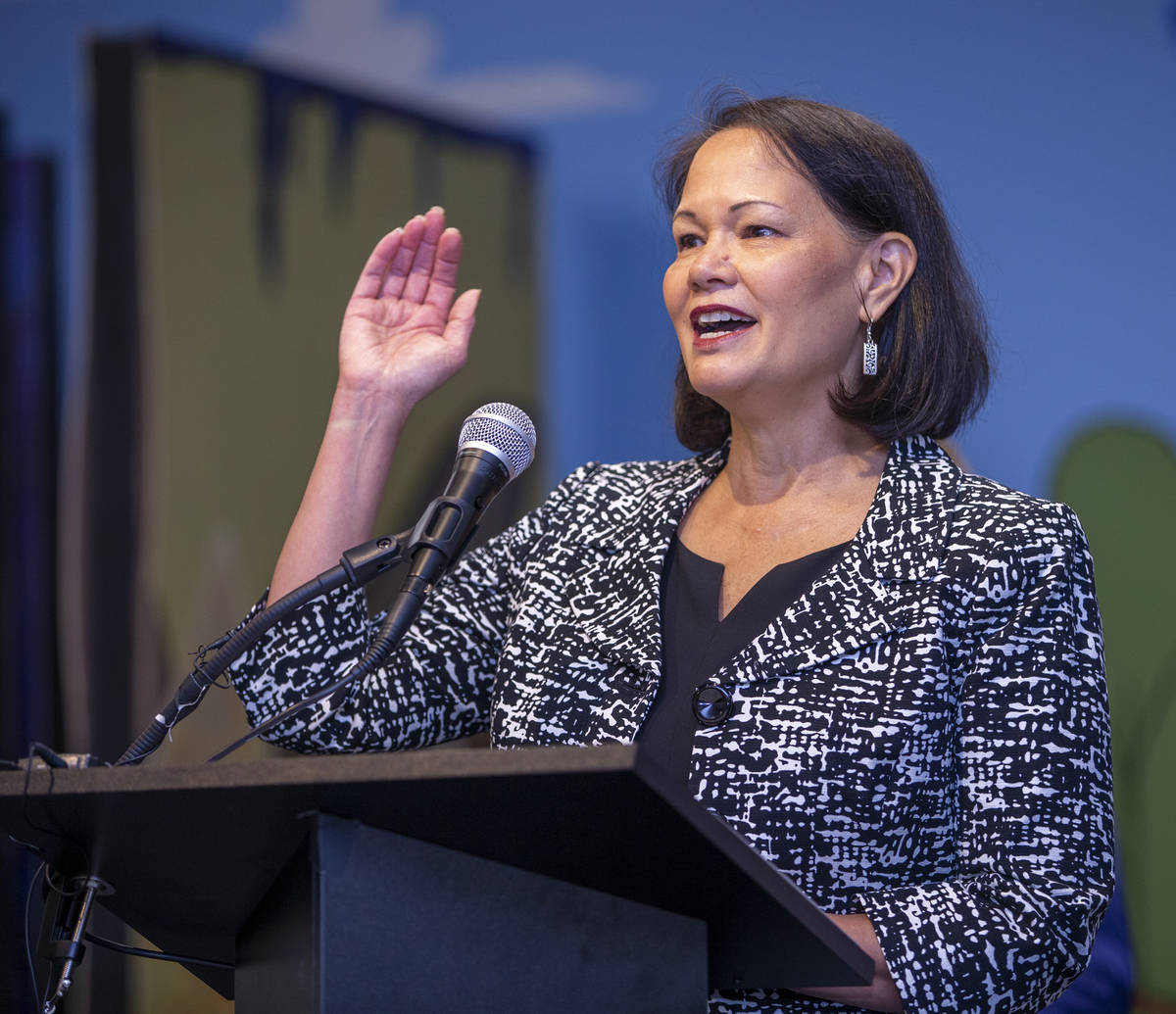 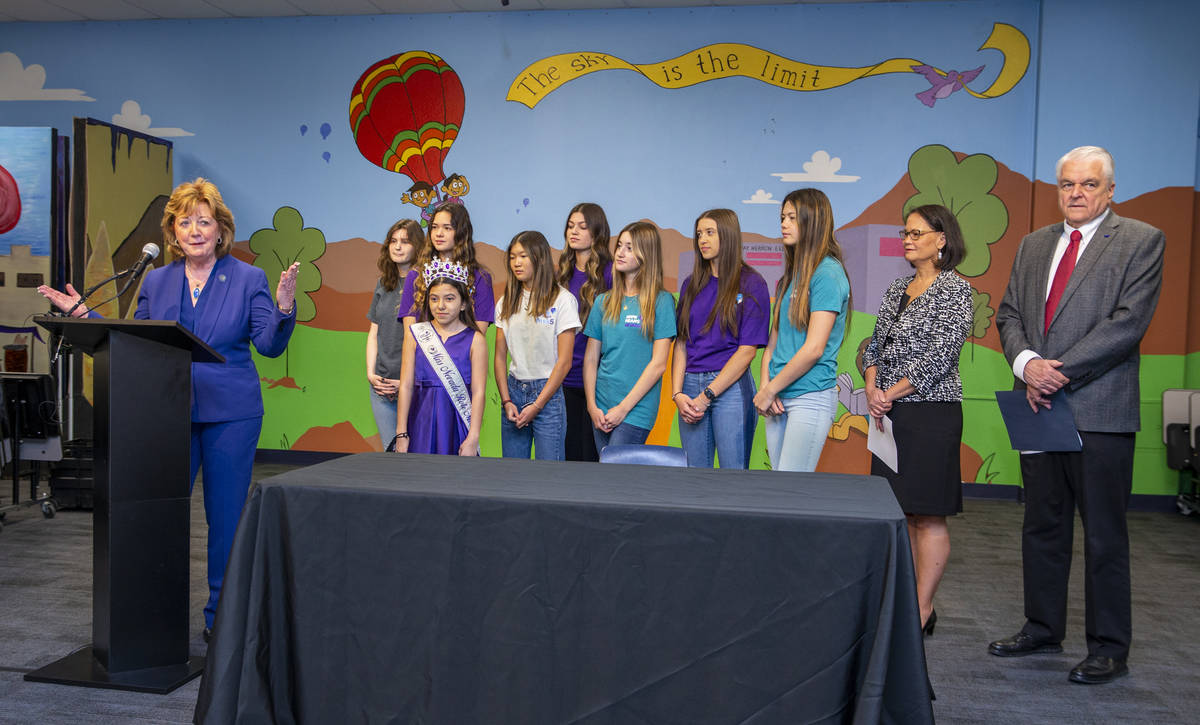 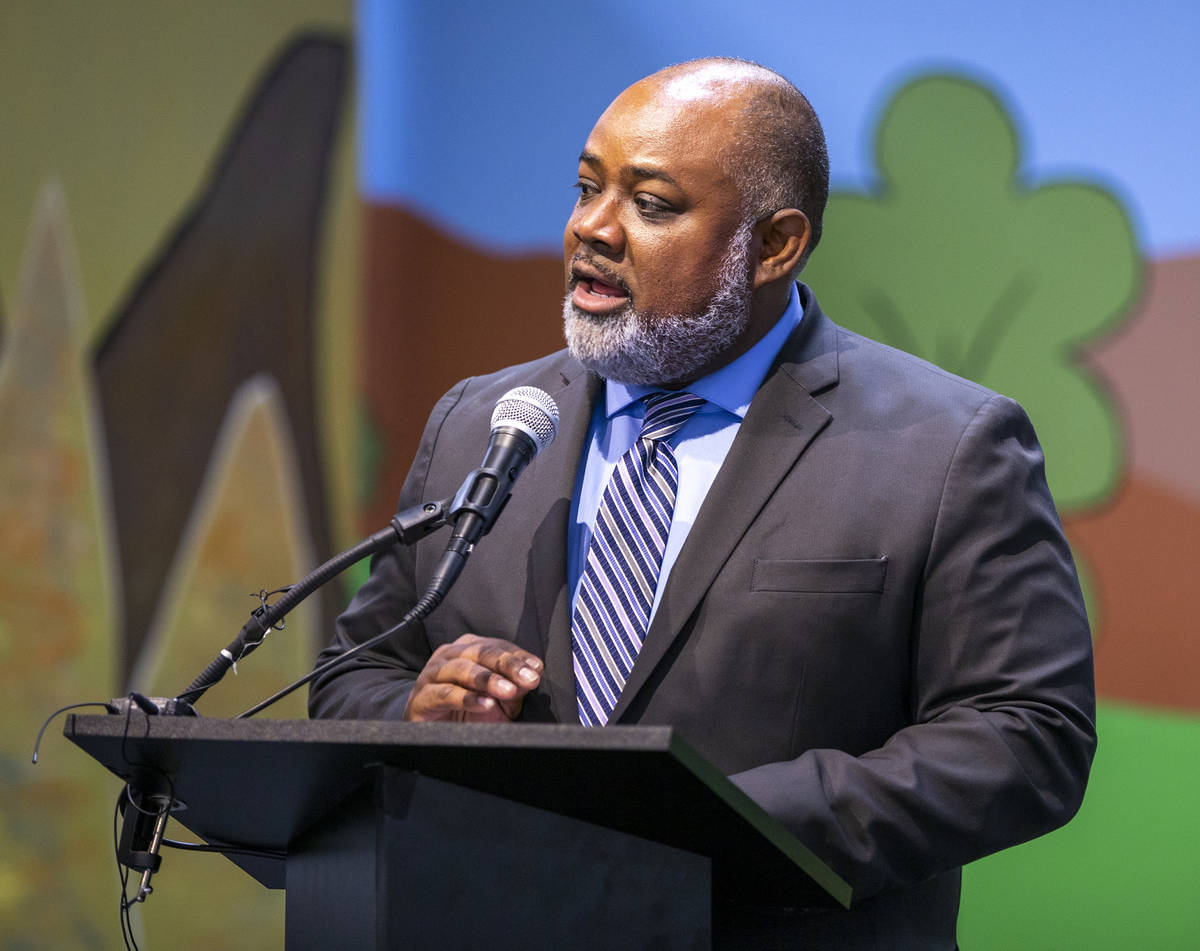 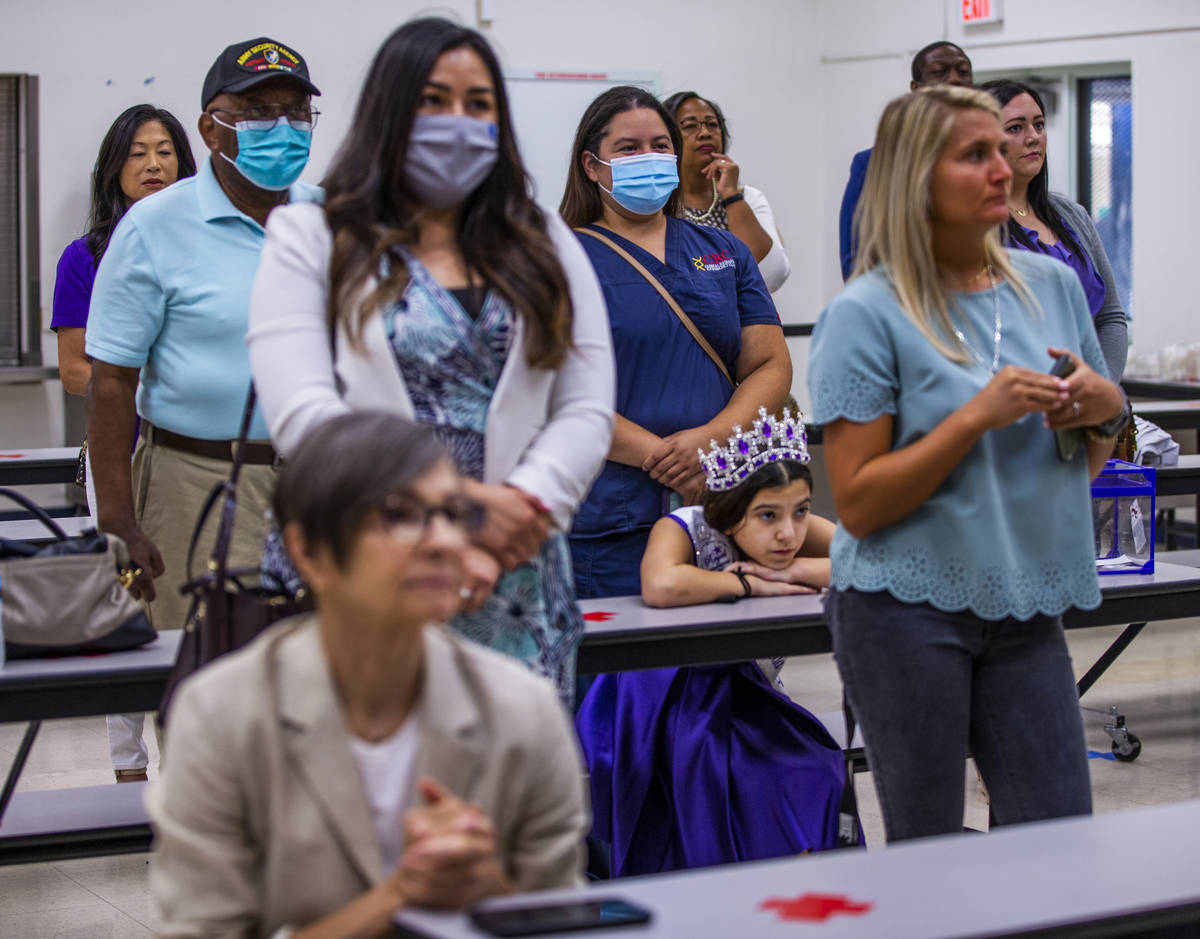 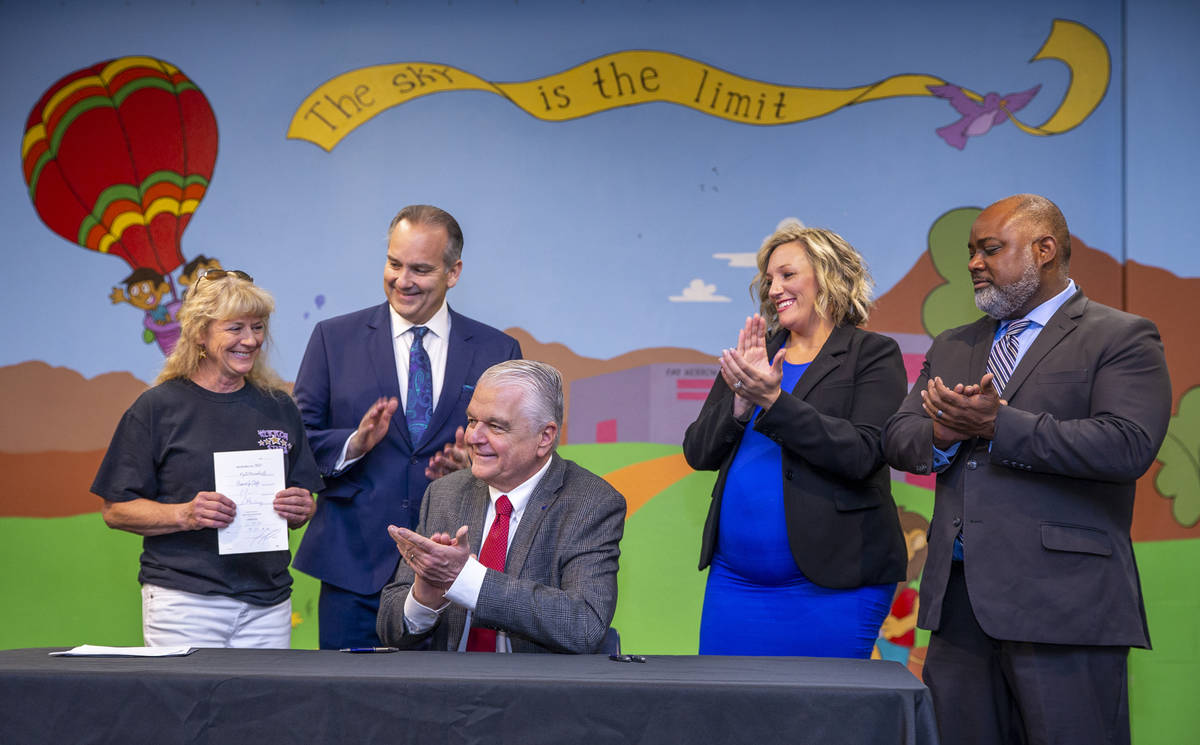 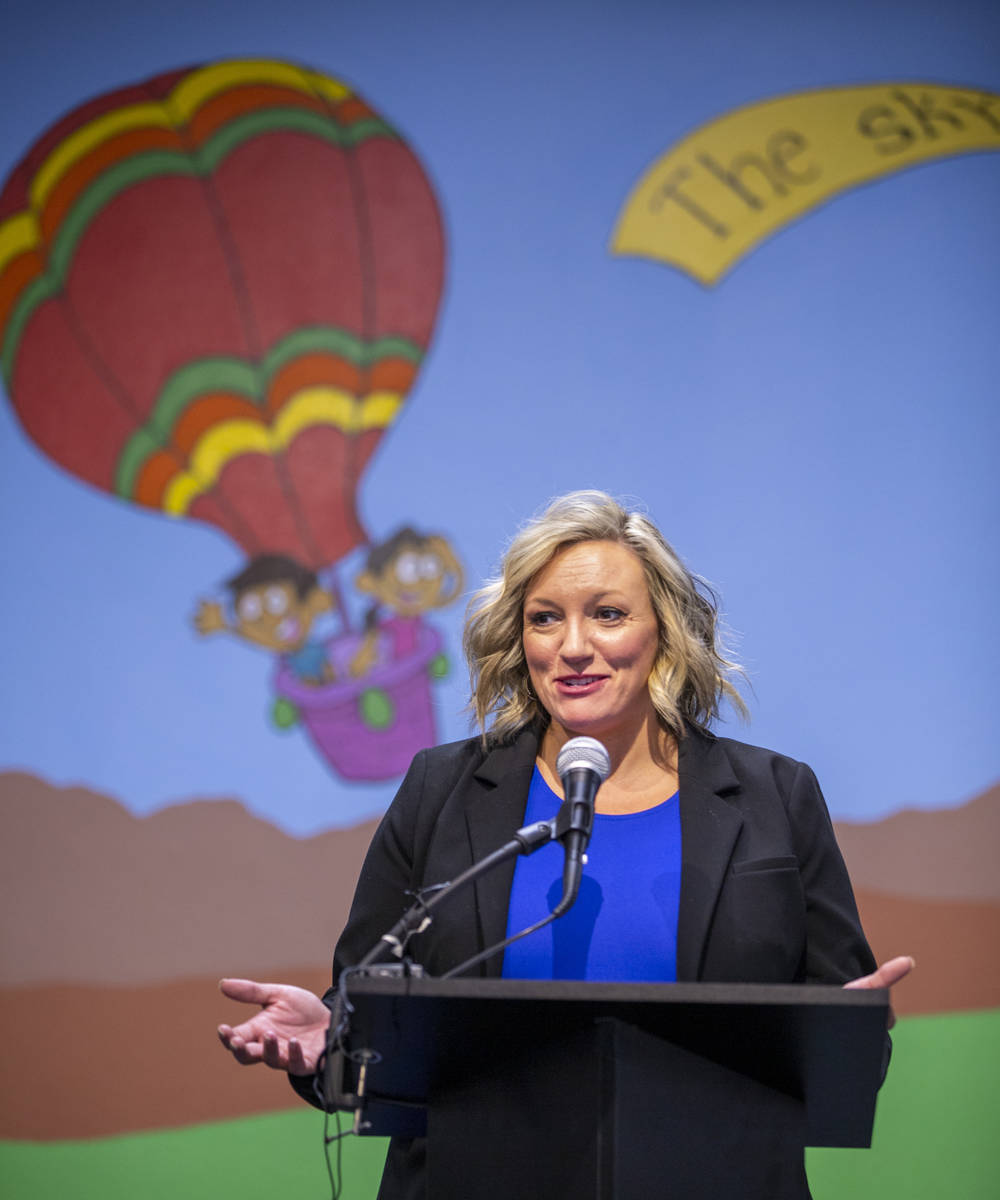 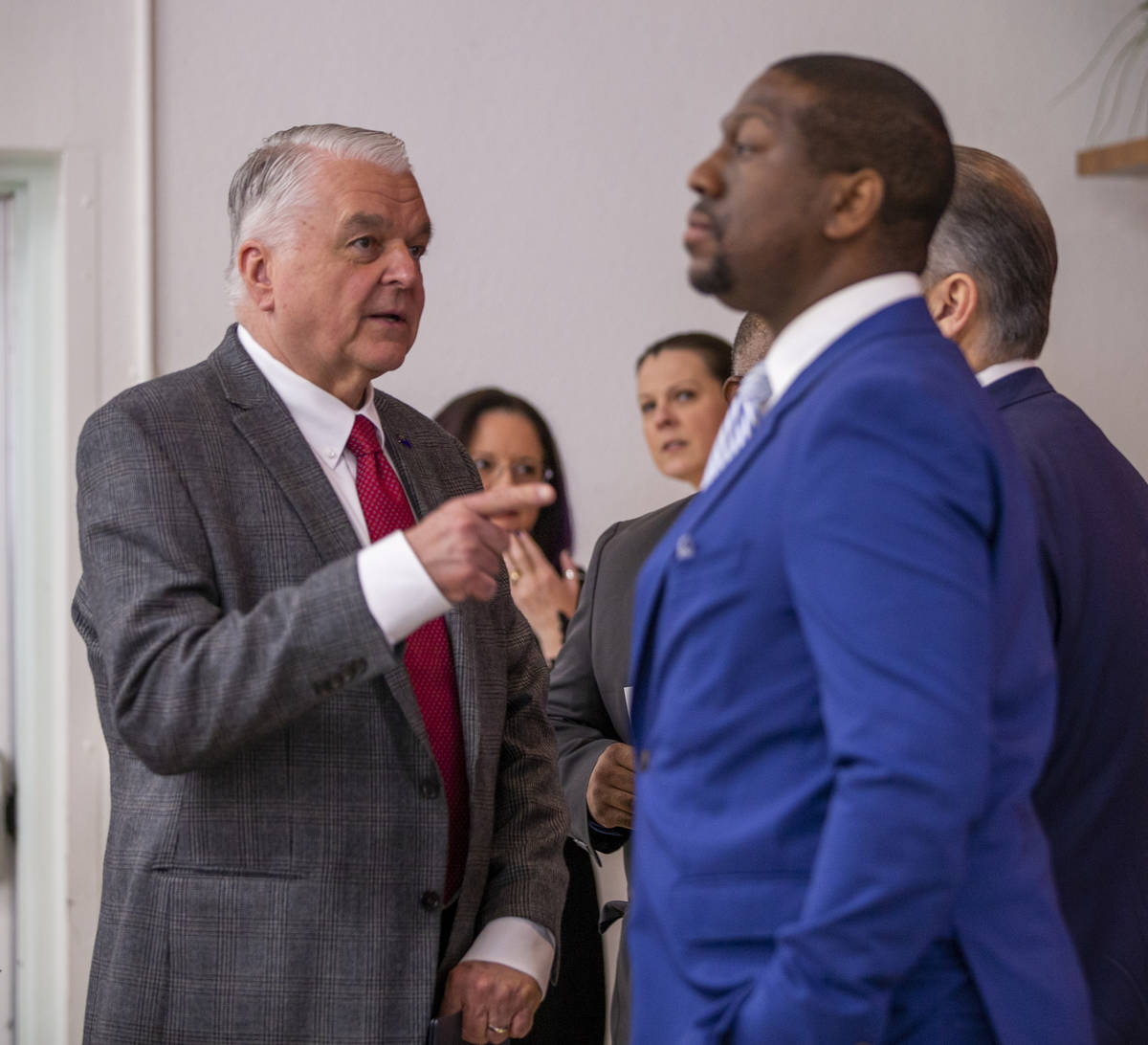 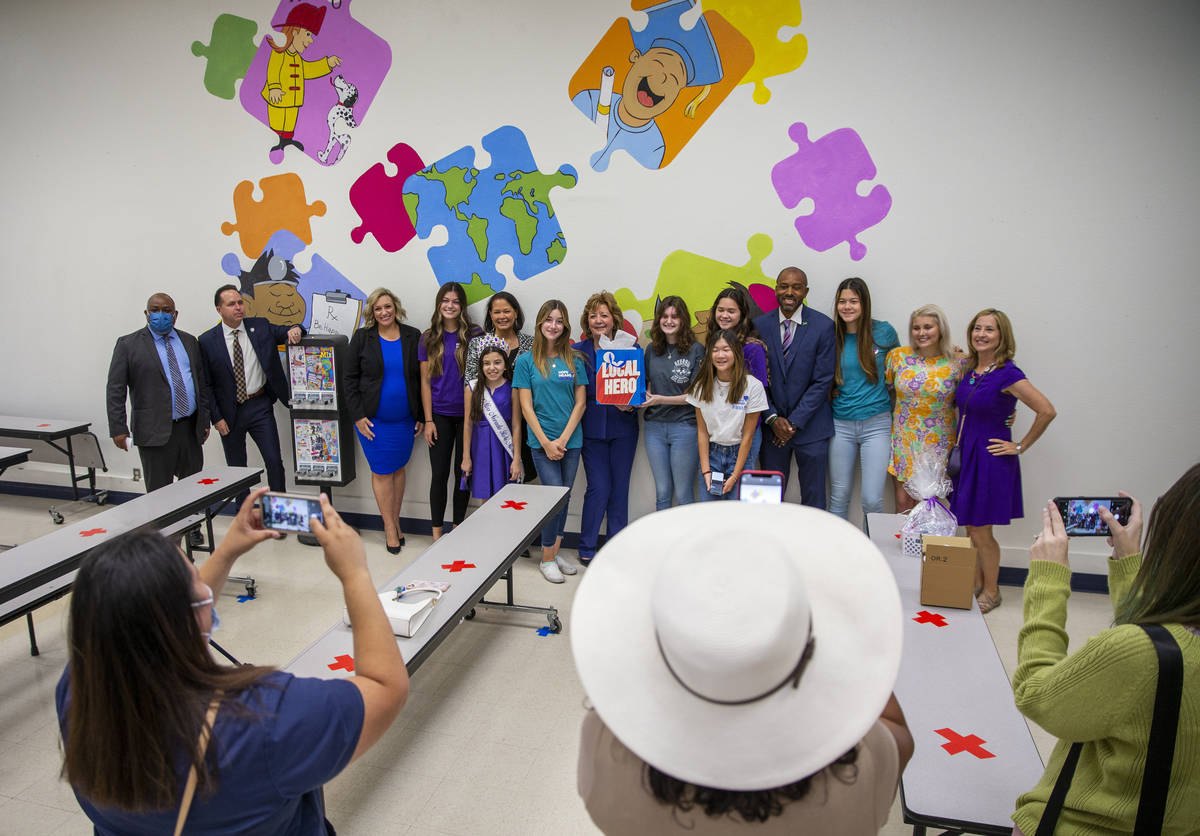 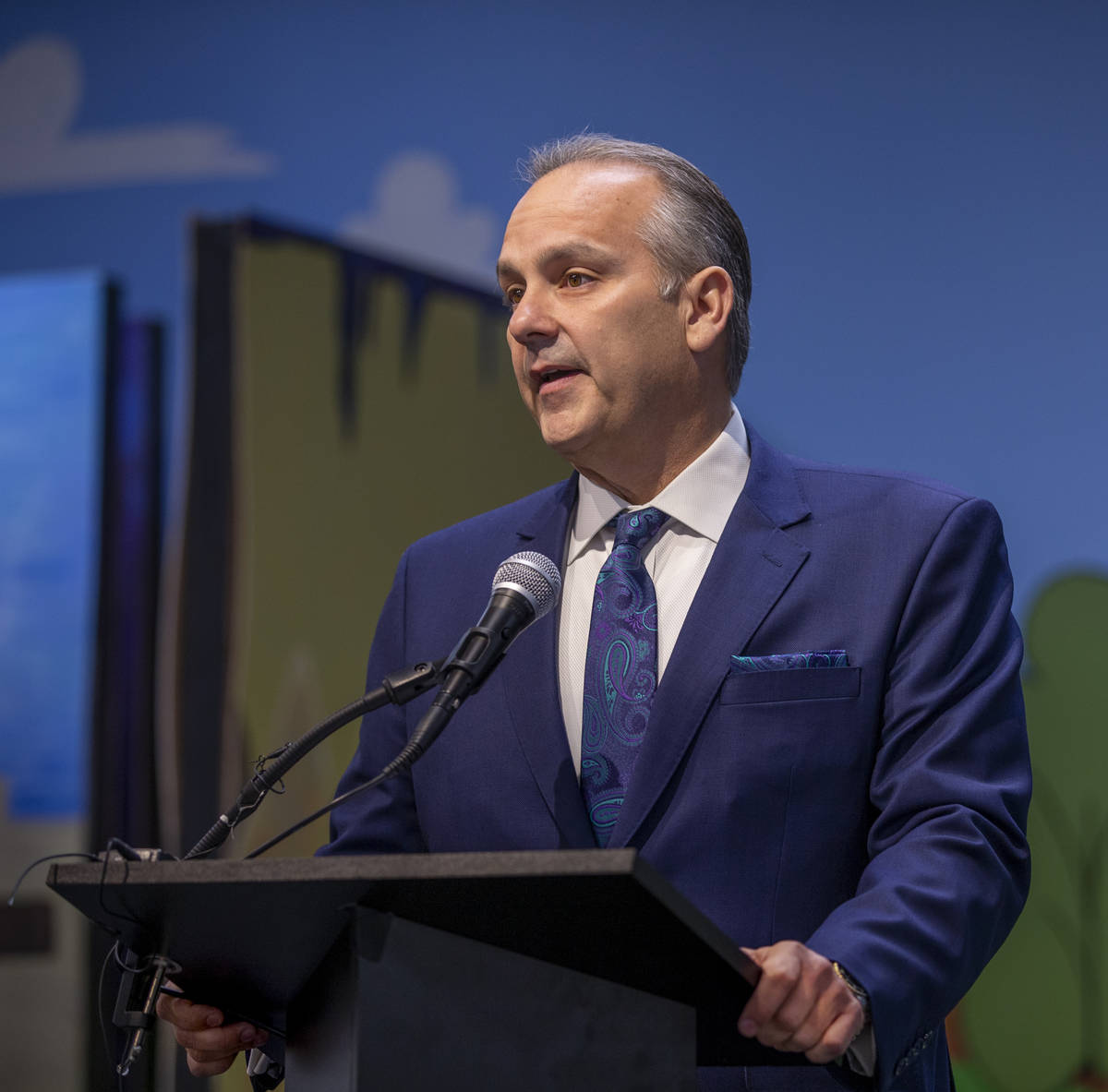 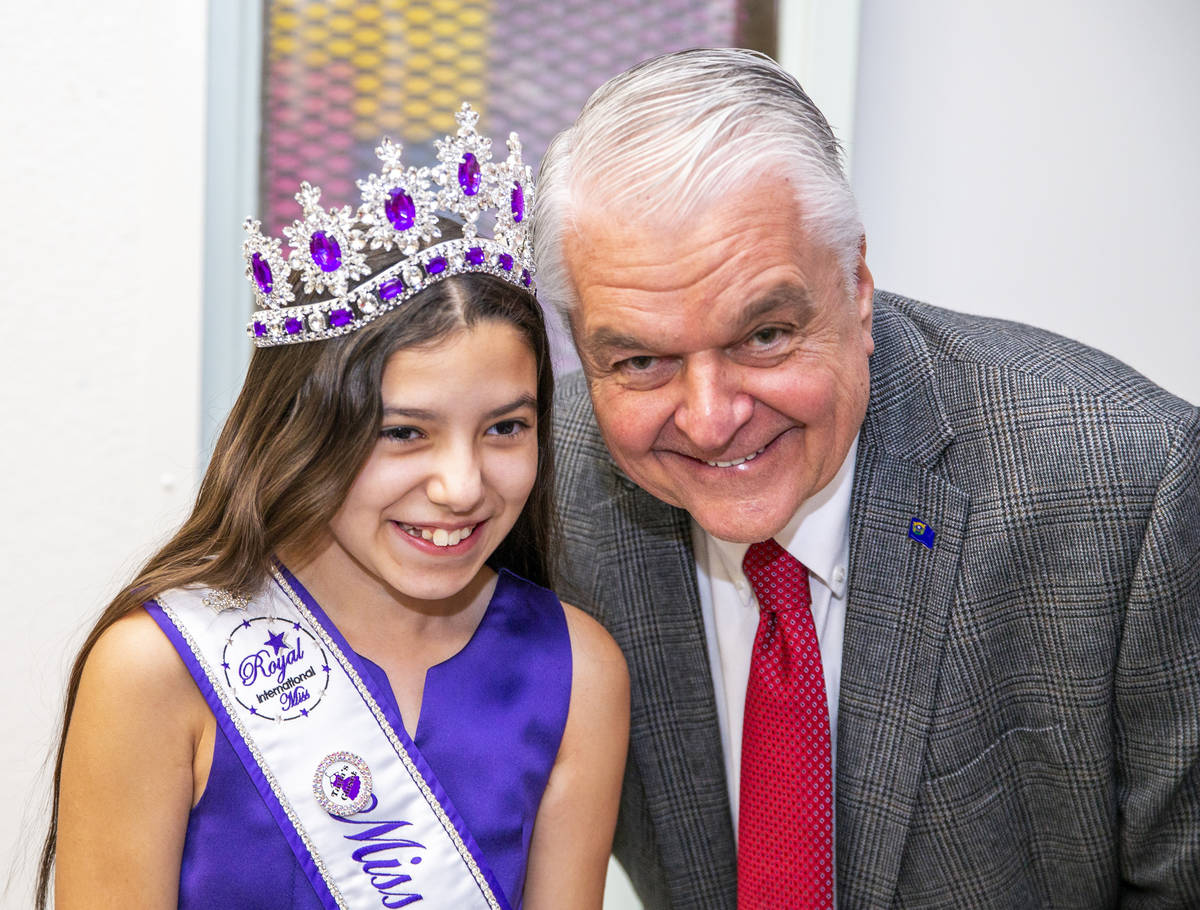 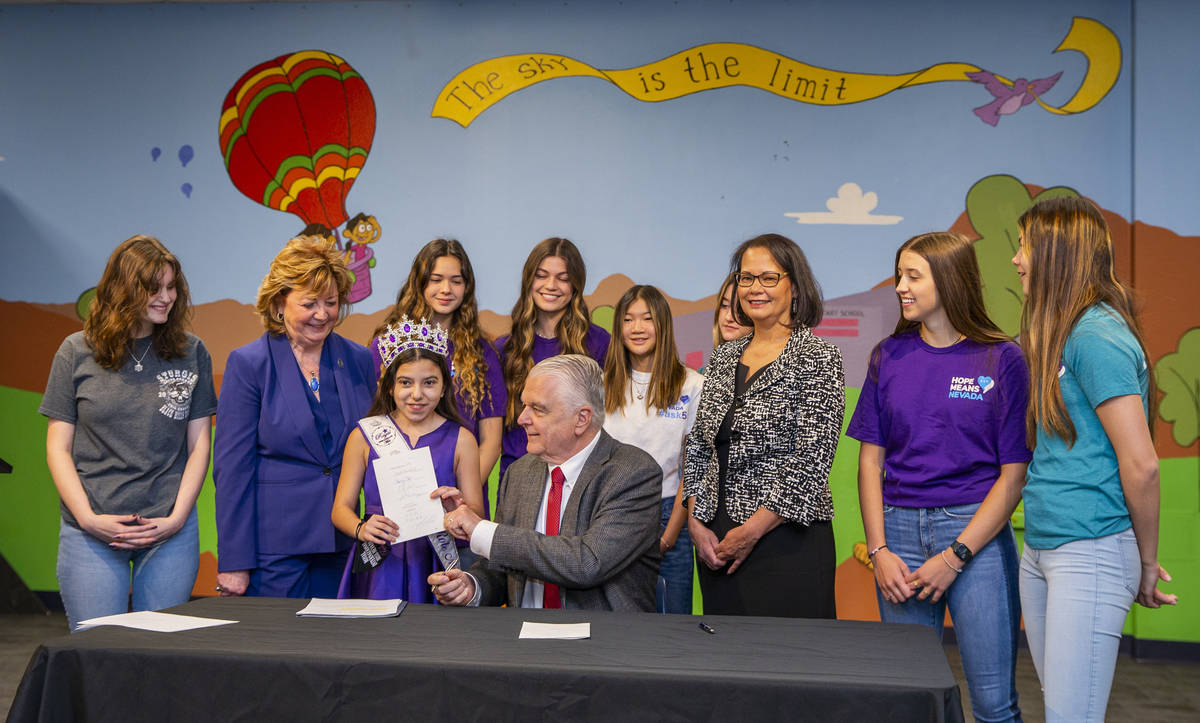 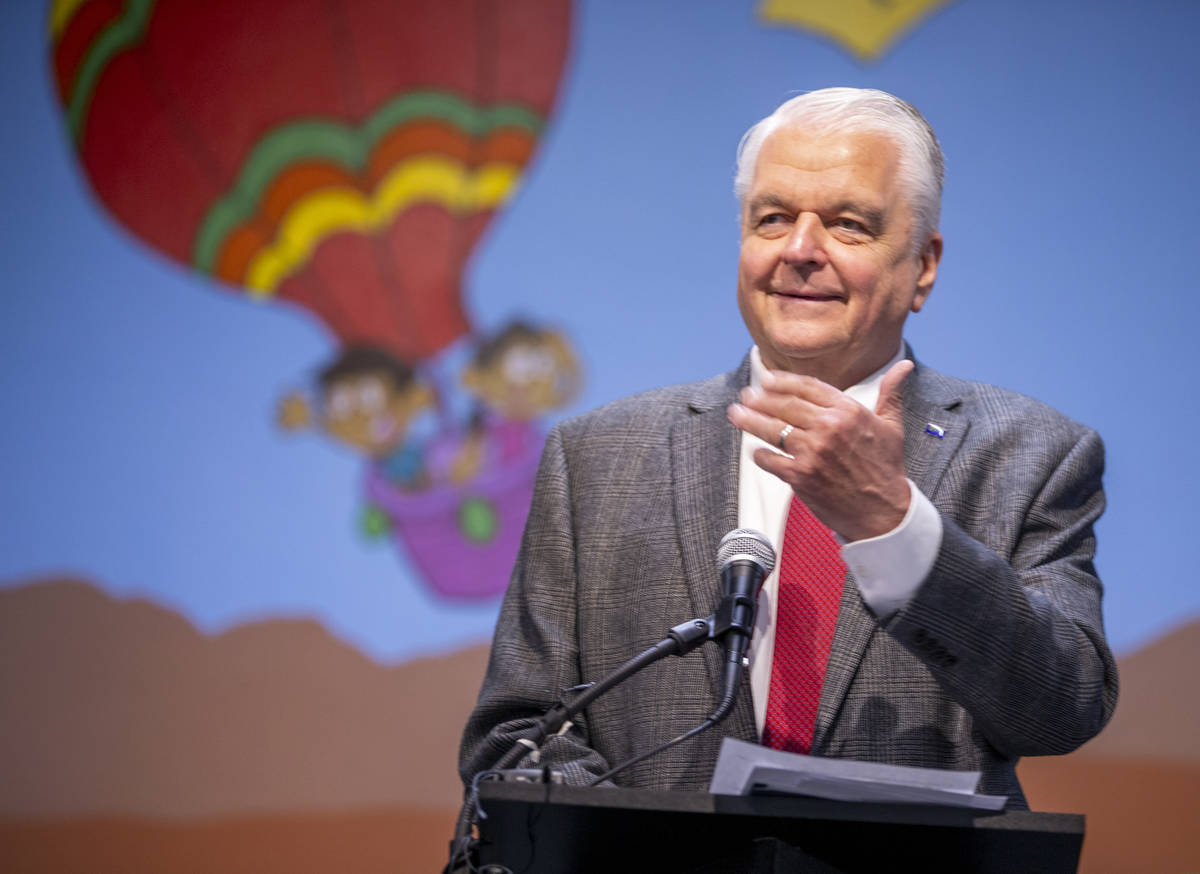 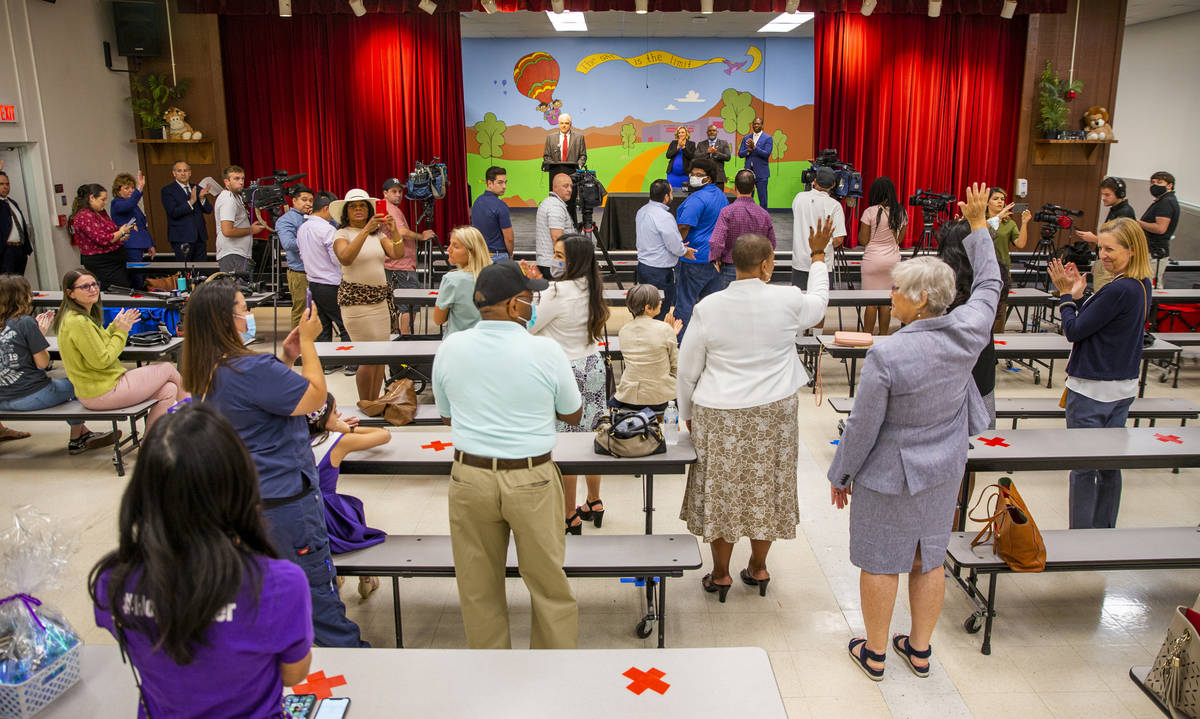 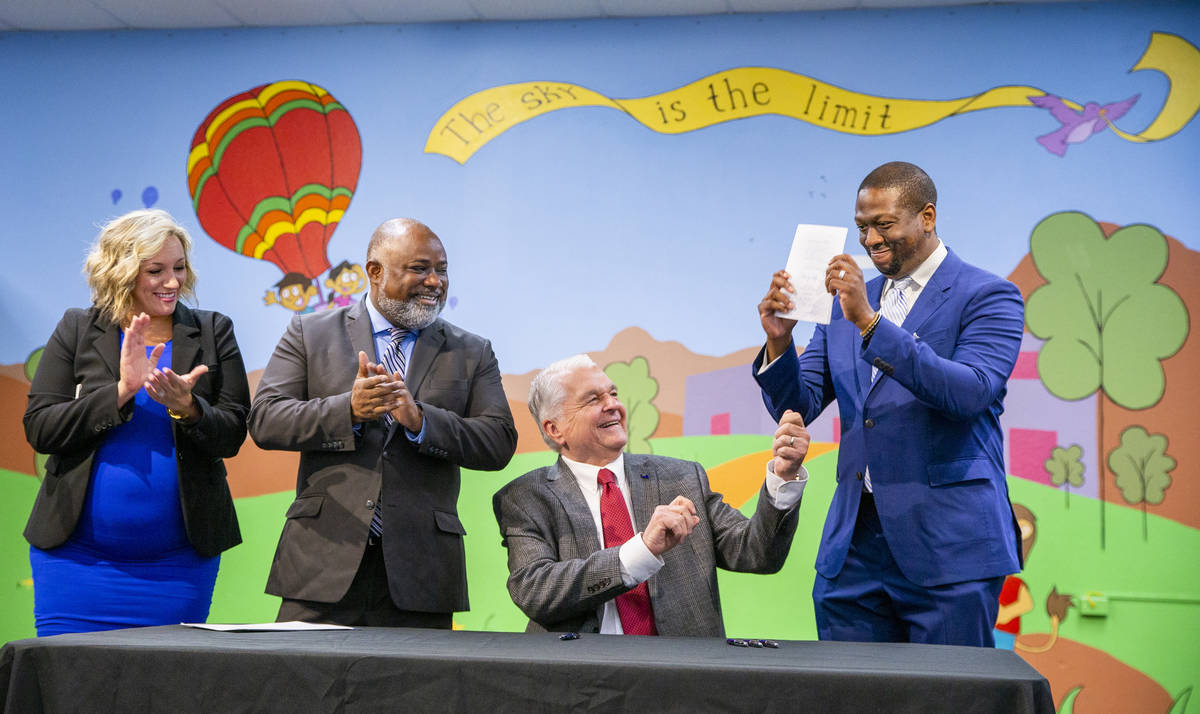 Gov. Steve Sisolak held a ceremonial signing Monday in North Las Vegas of Assembly Bill 495, a plan that will send hundreds of millions of dollars toward education through a new tax on silver and gold mines.

“This money will benefit every educator, every student and every family, and it could not have been done without months of discussions,” Sisolak told a crowd of several dozen educators, advocates and legislators assembled at Fay Herron Elementary School. “And I mean months of discussions (and) a lot of compromises along the way in a shared goal in creating a better and brighter Nevada for everyone.”

Sisolak signed the bill into law on Wednesday. The legislation was the result of a late-session compromise that saw the Clark County Education Association pull two tax initiatives off the 2022 ballot and the Legislature abandon a trio of proposed mining tax resolutions that would otherwise have gone to the voters in 2022.

AB 495 establishes a new 0.75 percent tax on Nevada gross revenue from silver and gold mining between $20 million and $150 million. Gross revenue greater than $150 million is taxed at 1.1 percent.

“We said at the (legislative session) outset that we would work to increase revenue for our schools by closing corporate tax loopholes, but doing it without impacting Nevada families,” Frierson said. “I can not say how proud I am to be a part of AB 495, which I believe does just that.”

Cannizzaro called AB 495 “the culmination of a year’s worth of conversation about a more equitable way to help fund our schools.”

“This bipartisan effort — and I can’t stress how important that is to have — demonstrates just what we can all accomplish for our state when education advocates, our business community and legislators of both parties, working hand-in-hand with the governor, work together to find solutions for investments in education,” Cannizzaro said.

Sisolak specifically thanked Assemblyman Tom Roberts, one of a handful of Republicans to support AB 495, who was also in attendance Monday.

Gray called the signing a great day for the state as a whole.

“The mining industry understands that every single time that we see a recession, the first cuts that happen are in education,” Gray said. “And mining, as a counter-cyclical industry (prices for precious metals tend to increase during times of widespread economic hardship), what we can do is we can help out to provide a base level of funding so that our education partners don’t find themselves first in line for cuts when we go through an economic downturn.”

Mining has spent more than a year pushing back hard on proposed tax initiatives, saying previous plans could cause as many as 10,000 lost jobs in Nevada. Gray said the industry provides high-paying jobs, health care and other benefits to some 37,000 Nevada families.

Asked if the new plan could lead to job loss or any other hardship within the industry, Gray said any increase in expenses will affect businesses, but the hope is to prevent worker cuts.

“It was really important that we’re able to make sure those 37,000 families and the counties in which they live are protected, and I think AB 495 does that,” Gray said.

Senate Bill 450 allows school districts to re-authorize the use of general obligation bonds to fund construction and maintenance at schools for an additional 10 years without returning the issue to the ballot. Jara said the bill will allow Clark County to build 13 new schools and renovate or replace 33 buildings on campuses across the large southern Nevada district.

“All children deserve the opportunity to learn in 21st century classrooms,” Jara said at the signing.

SB 173 ensures that school districts offered in-person and virtual summer school courses for students who may have fallen behind during the COVID-19 pandemic. Along with SB 249, it also provides behavioral and mental health resources for students, including the addition of three authorized mental health-related absences available to each student per school year.