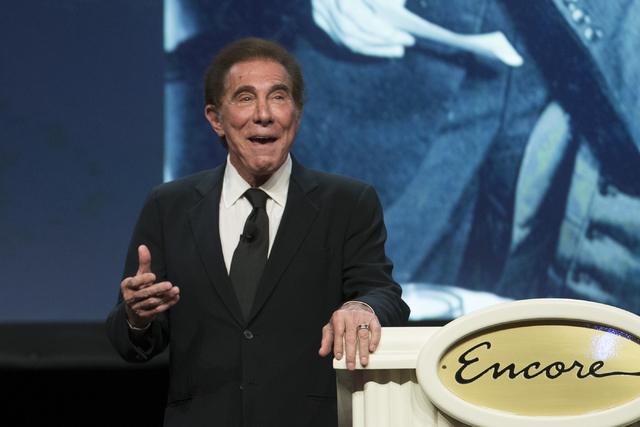 The news suggests that even billionaires can bury the hatchet. In their lifetimes, Trump and Wynn have been casino-owning rivals and personal enemies. In his trademark 1987 book, “The Art of the Deal,” Trump wrote, “Wynn is very slick and smooth, but he’s also a very strange guy.”

In 1996, Wynn told The Wall Street Journal that Trump was “all hat, no cattle.”

They’ve sued each other. They’ve settled. They’ve rooted for the other to fail. In 2015, Wynn donated $2,700 to Florida Sen. Marco Rubio’s GOP presidential campaign and donated $5,000 more to a pro-Rubio PAC.

By the time Trump won the White House, however, Wynn had the back of his one-time nemesis. When designer Tom Ford let it be known that he would not design clothing for First Lady Melania Trump, Wynn booted Ford’s designer glasses and cosmetics from the Wynn Las Vegas.

By then Wynn, the chief executive and chairman of Wynn Resorts, was a vice chair on Trump’s inaugural committee, which raised close to $100 million.

As news of Wynn’s political position spread, U.S. Sen. Dean Heller, R-Nevada, commented: “Steve Wynn is deeply committed to Nevada and the Las Vegas community. … We wish him the best in this opportunity. He will surely make Nevada proud.”

“I know Steve. He loves America. No one will work harder or more effectively. I think it’s an inspired and brilliant choice,” said GOP strategist John Weaver.

Like Trump, Wynn has donated to both Republican and Democratic campaign funds over the years. In 2000, Wynn donated $20,000 to the Democratic National Campaign Committee, according to the Center for Responsive Politics. In 2016, he donated $10,000 to the New Hampshire Republican State Committee.

“Here in Las Vegas, political party affiliation doesn’t mean” as much as it does in other areas, noted former Nevada Republican Men’s Club president Jim Lamb. “It’s mostly alliances to individuals and whoever happens to be in power.”