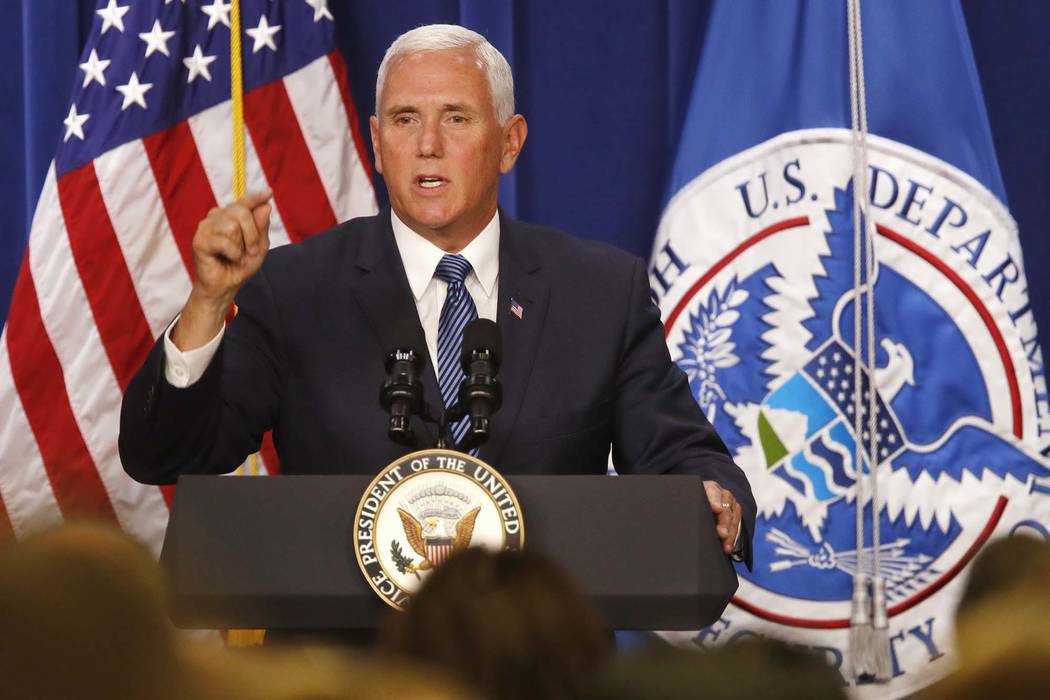 Vice President Mike Pence will travel to Las Vegas on Friday to campaign for Attorney General Adam Laxalt, the GOP nominee in the governor’s race.

Heller is the only Republican senator seeking re-election this year in a state that Democrat Hillary Clinton won in 2016. He’s made veterans’ issues a centerpiece of his campaign.

Pence was scheduled to attend a fundraiser for Heller in April but canceled when he instead filled in for President Donald Trump at a summit in South America.