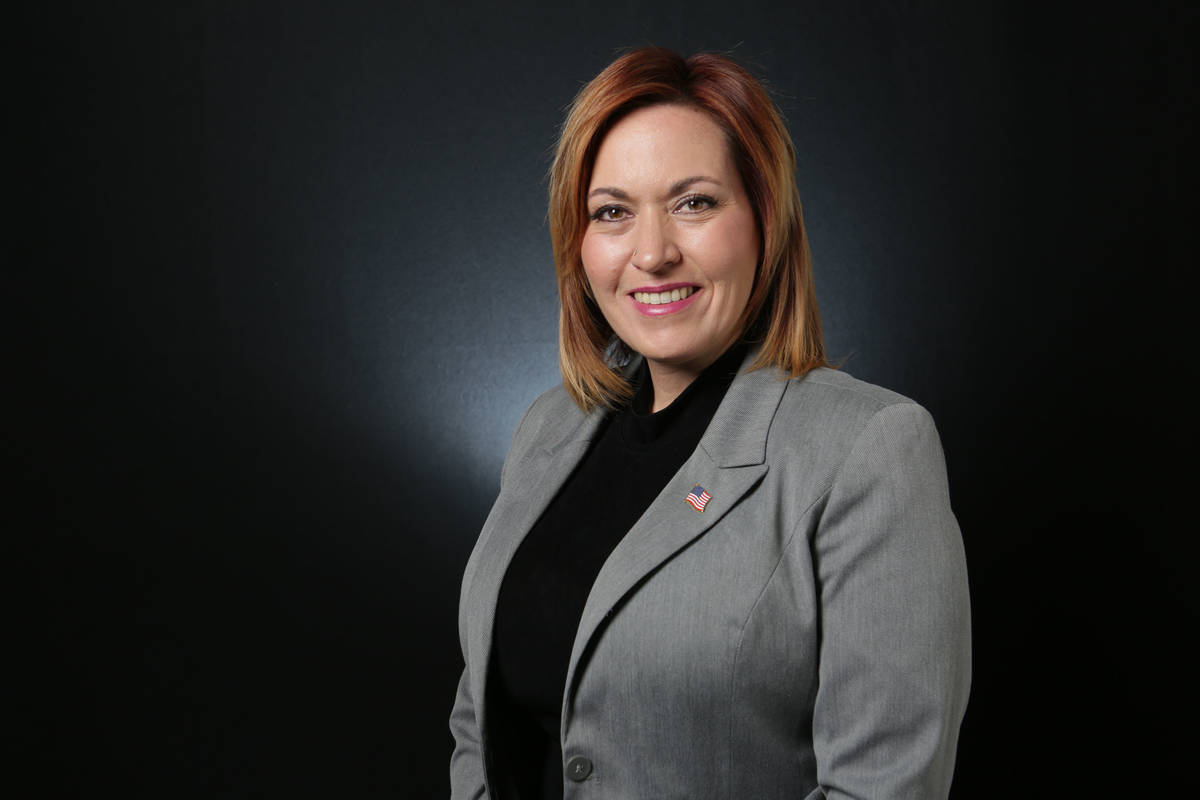 The move sets up a possible 2022 primary race between two progressive Democrats that could serve as a barometer for the state of Democratic Party politics in Nevada.

“From COVID to climate change, politics-as-usual simply isn’t working for regular people,” Vilela said in a news release. “Here in Las Vegas, we are facing record unemployment, we suffer perpetual underfunding for education and other critical services (and) our housing prices are skyrocketing as we face an unprecedented evictions crisis.”

She did not mention Titus by name but went on to say “our elected officials are nowhere to be seen.”

“I’m running for Congress to represent Nevada’s 1st District because we deserve more,” the announcement read.

Vilela served as state co-chair for Sen. Bernie Sanders’ 2020 presidential campaign. Sanders went on to win the Nevada Democratic caucus by a comfortable margin before withdrawing from the Democratic primary.

Titus, the dean of Nevada’s congressional delegation, is serving her sixth term. She is unabashedly its most liberal member, having co-sponsored the House version of one of Sanders’ flagship policy proposals, Medicare for All, as well as several attempts to raise the minimum wage to $15 an hour and other progressive wish list items.

She has passed legislation for and is routinely supported by labor, environmentalists and other areas typically seen as strong supporters of the progressive movement.

Titus was also the first member of Congress in an early-voting state to endorse President Joe Biden’s candidacy during the 2020 cycle.

Titus has not announced a bid to stay in her seat, but her campaign has filed paperwork for re-election in 2022 with the Federal Election Commission — often a formality for fundraising purposes.

“Right now, Congresswoman Titus is working with President Biden to help Southern Nevada recover from the pandemic and build back better, but she always looks forward to campaign season because it gives her an opportunity to make the case for progressive policies,” campaign spokesman Kevin Gerson told the Review-Journal on Tuesday. “She takes every election seriously, and this time will be no exception.”

The congresswoman has been rumored in Democratic and political media circles to be a possible candidate for the Biden administration’s ambassadorship in Greece, though the whispers have not been confirmed by Titus or anyone within the government.

Vilela, an accountant, rose to prominence in 2018, when she finished third in the primary election for Nevada’s 4th District behind Rep. Steven Horsford and state Sen. Pat Spearman. She ran to the left of the more established Horsford and Spearman with a particular focus on enacting a single-payer health care system after she said her daughter died several years earlier after a delay in her care due to her lack of medical insurance.

Her 2018 campaign was featured in a Netflix documentary, “Knock Down the House,” along with current Democratic Reps. Alexandria Ocasio-Cortez, elected in 2018, and Cori Bush, elected in 2020.

It’s unclear if Vilela lives in the 1st District, as the film shows her living and organizing in the 4th. Her campaign referred a reporter requesting an interview to the news release.

Vilela has remained active in local and national progressive politics. She runs a consultancy along with local communications specialist Keenan Korth, her 2018 campaign manager who recently represented the progressive slate that captured all of the Nevada State Democratic Party’s leadership positions.

How the state party will handle the race remains to be seen.

Chair Judith Whitmer, who organized for Sanders alongside Vilela and many other Nevadans, has maintained the new party will work toward the re-election of all Democratic incumbents. She did not respond to a phone call Tuesday afternoon.

The Clark County Democratic Party, which has maintained progressive leadership after Whitmer left for the state party, retweeted Vilela’s announcement on Tuesday evening.

“Wishing all Democratic candidates well,” the county party wrote. “We Dems are lucky to have so many choices across the country. We truly are a big tent of ideas, cultures, actions and love of our country.”

An attempt to reach Sanders’ campaign — which recently celebrated and raised money for the state party’s progressive slate — on Vilela’s candidacy was also not successful.

Congressional redistricting, which has been delayed until at least the fall due to COVID-19 pandemic-related complications, could be another wild card.

Titus has not faced a serious Republican challenger since the state gained a fourth seat after the 2010 U.S. Census. The Cook Political Report’s 2021 Partisan Voter Index lists the 1st District as D+12.

However, the state’s Democrat-held Legislature may look to shore up the neighboring 3rd and 4th districts — swing districts with PVIs of R+2 and D+1, respectively — with some of the Democrats currently living in the 1st, altering its fairly progressive primary electorate.