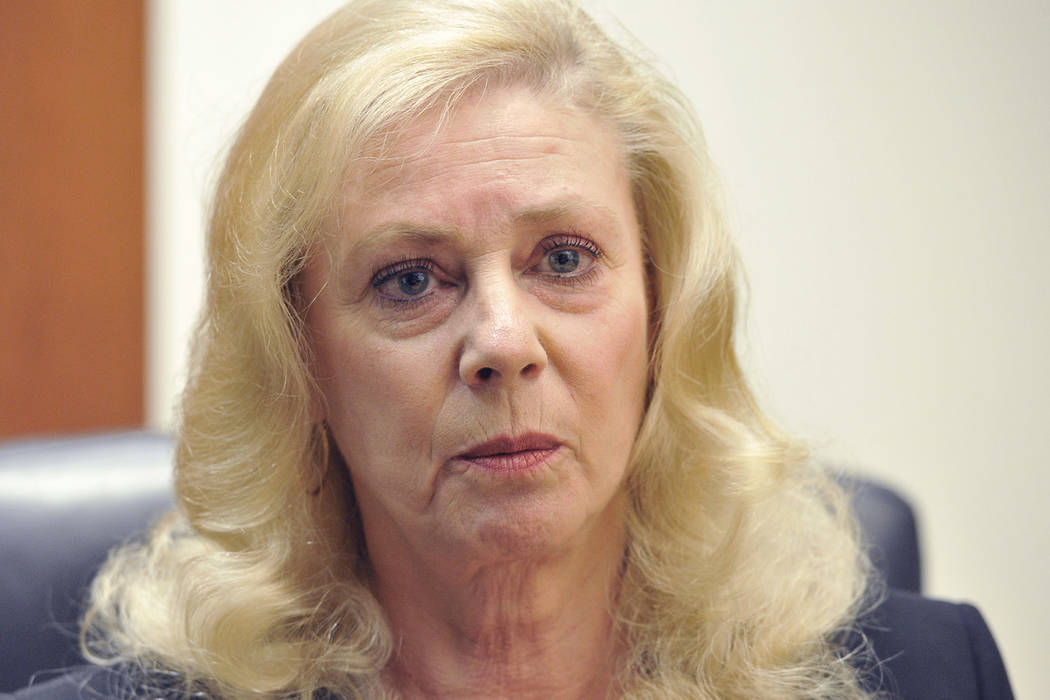 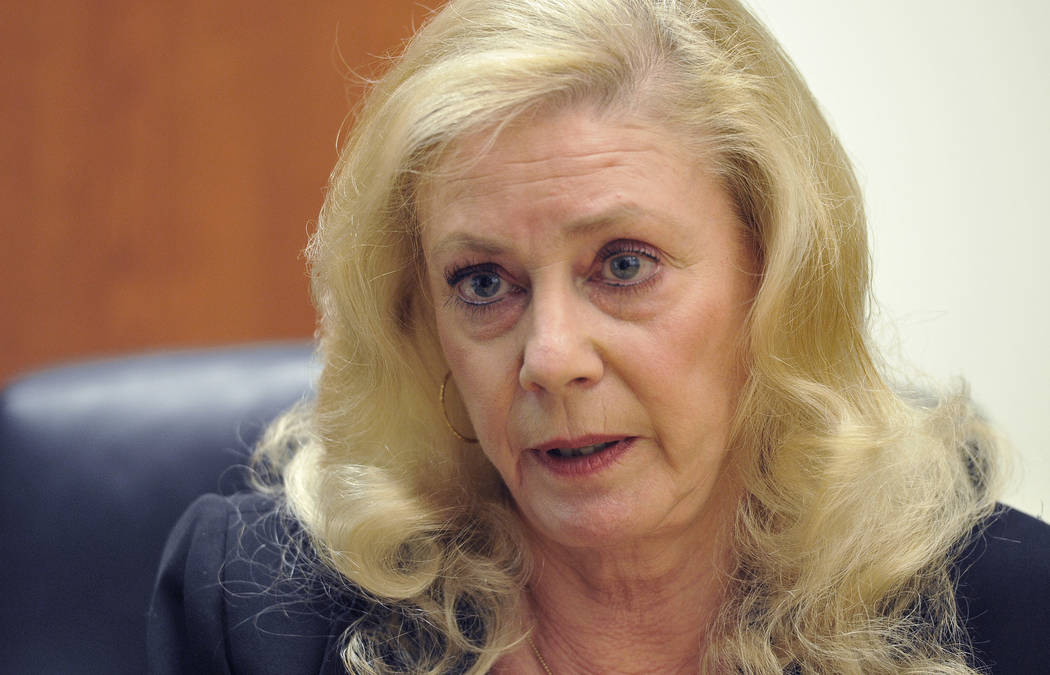 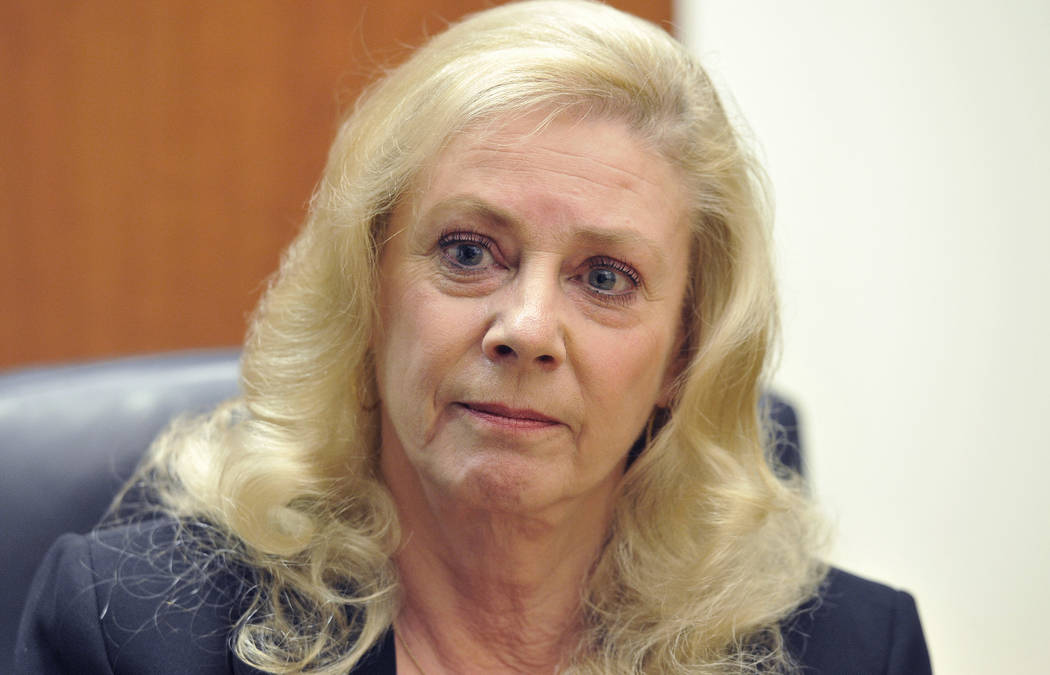 Family Court Judge Sandra Pomrenze was described by attorneys as someone who “is drunk on her own power” and runs a “dictatorial” courtroom, according to the Las Vegas Review-Journal’s 2019 Judicial Performance Evaluation.

Her 28 percent retention score was the worst of the 89 judges evaluated this year. No other judge received a score below 40 percent.

And with 65 percent of the responding attorneys saying she fails to demonstrate courtesy and respect in the courtroom, Pomrenze could take the title of rudest sitting judge. In the last two performance evaluations, conducted in 2011 and 2013, Pomrenze also received her worst scores in the “courtesy” area.

“Judge Pomrenze is intellectually capable, but in my opinion, she frequently cloaks her self-doubt and lack of commitment to the soundness of her rulings with aggressiveness and dictatorial behavior in her courtroom,” one lawyer wrote in the anonymous comments portion of the 2019 survey.

Another said, “It’s a wonder she has not been removed from the bench. A miserable bully.”

Pomrenze, who came to Family Court in 2005 with no family law experience, declined multiple requests from the Review-Journal for an interview or a statement. Her term ends in January, and she previously has said she would not seek re-election.

Her retention score has been on the decline since at least 2010, when she received a score of 56 percent. The following year, 54 percent of lawyers recommended keeping her on the bench.

In 2013, when the last performance evaluation was conducted, she landed on the “do not retain” list for the first time with a retention score of 47 percent.

A November 2011 ruling from the Nevada Supreme Court in a custody case, in which a woman was seeking permission to move to Ohio with her three children, could have played a part in that dip.

At an initial hearing in the case, Pomrenze ruled she would not hold another hearing until the woman deposited $25,000 into a blocked account to cover the father’s attorney fees if she did not prevail on her motion to modify their joint custody agreement.

The Supreme Court, which found Pomrenze had “manifestly abused” her discretion, removed the judge from the case and reversed her $25,000 requirement.

But more recently, a judge ruled that Pomrenze appeared to violate judicial rules against harassment on the basis of race when she twice referred to a girl’s hair as “nappy” during a January 2018 custody hearing.

The child’s mother had filed a motion to disqualify Pomrenze, but Chief District Judge Elizabeth Gonzalez ultimately ruled that Pomrenze would not be removed from the case.

“While Judge Pomrenze’s comments about the texture of the child’s hair are certainly insensitive, no showing has been made of any lack of impartiality or improper conduct,” Gonzalez concluded.

In a statement to the Review-Journal at the time, Pomrenze said she considered the term to be “neutral.”

Twenty-one percent of responding attorneys in 2019 said Pomrenze has shown “bias on the basis of the race or ethnicity of the parties involved,” while 28 percent said she has exhibited gender bias.

“She really has it out for women!” one attorney said. Another wrote, “Judge Pomrenze, ironically, hates women, including your female family law client, and female attorneys. It is an open secret.”

Half the responding attorneys said she has shown bias on the basis of the parties or attorneys involved. One respondent wrote, “Judge Pomrenze plays favorites among lawyers.”

Fifty-seven percent of the responding attorneys do not think Pomrenze weighs all evidence and arguments fairly before coming to a decision, and 45 percent think her behavior is inconsistent.

Pomrenze and Family Court Judge Cheryl Moss tied for the lowest summary score — 3.0 on a weighted five-point scale — among all 89 judges rated. The score summarizes the results of the survey’s individual questions about performance.