Gov. Steve Sisolak on Monday night responded to President Donald Trump hours after the president unloaded on the nations’ governors during a conference call, telling them most were “weak” in how they were dealing with Black Lives Matter protesters.

Sisolak released a statement, saying that Americans “are justifiably frustrated and angry at the senseless murder of George Floyd, the improper use of force, systemic racism, and the rampant injustices Black Americans face.

“At this critical time, all Americans, especially our leaders, should be sending a message of compassion and taking the time to listen,” Sisolak went on. “Unfortunately, the President has once again taken the path of inciting combativeness, stoking racial tensions, and creating division when we need unity more than ever.”

Sisolak added that to say the state’s National Guard and local authorities “are unable, have failed, or refuse to secure and protect the residents of the State of Nevada and their rights, privileges, and immunities, is misinformed.”

Earlier in the day, Trump told governors, “You have to get much tougher.” He recommended putting violent protesters away for as long as 10 years.

“These are terrorists. And they’re looking to do bad things to our country,” Trump said. “They’re ANTIFA and they’re radical left.” Trump singled out the anti-fascist group ANTIFA as a terrorist organization over the weekend on Twitter.

5
Sisolak says restrictions on some bars will return Friday 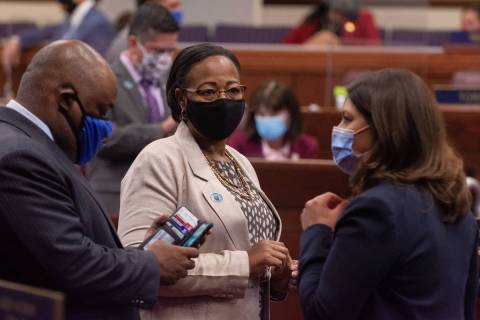 State lawmakers heard testimony on two controversial bills on Saturday, one to take funds from local schools and another to force state workers to take unpaid furloughs. 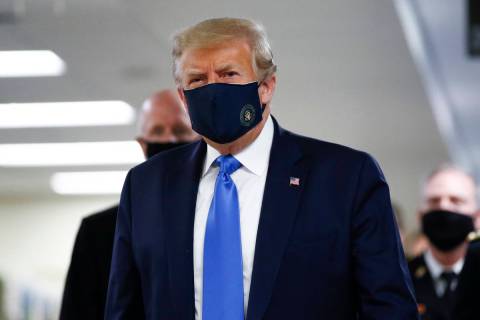 President Donald Trump wore a mask during a visit to a military hospital on Saturday, the first time the president has been seen in public with the type of facial covering recommended by health officials as a precaution against spreading or becoming infected by the novel coronavirus.