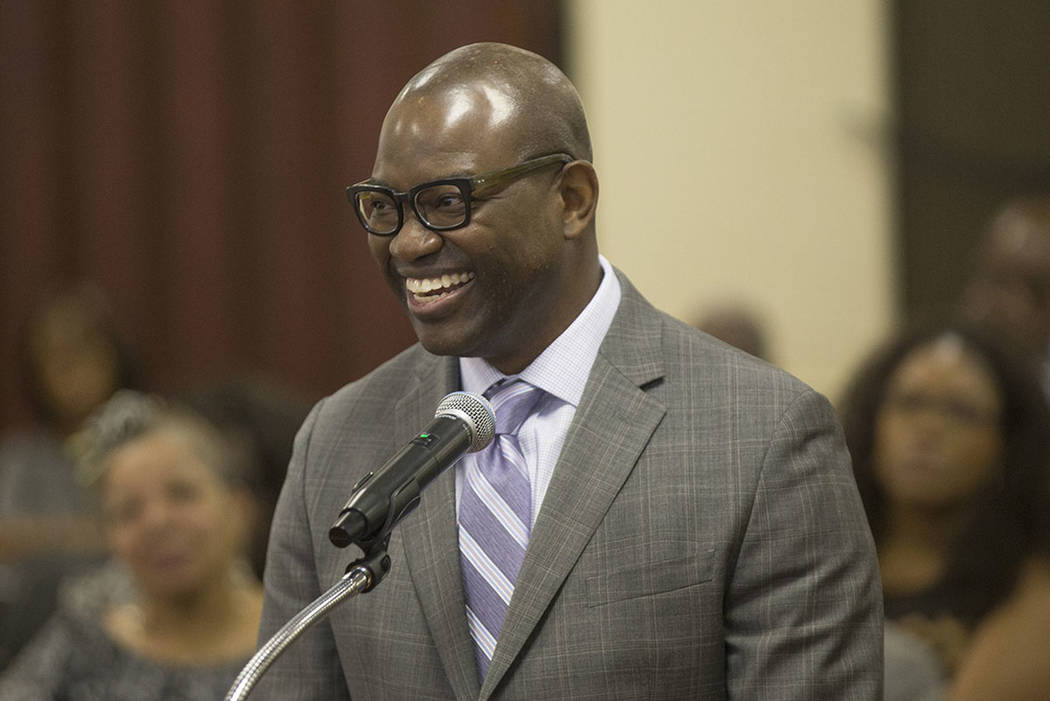 Chad Williams addresses the board of commissioners at the Southern Nevada Regional Housing Authority board meeting in this 2018 file photo. (Rachel Aston Las Vegas Review-Journal @rookie__rae)

The Southern Nevada Regional Housing Authority has hired an outside human resources firm to investigate the agency’s executive director, according to two housing authority commissioners.

Commissioners voted at their public meeting on March 21 to authorize their outside legal counsel to find and hire a human resources firm to investigate “claims from present and former employees,” according to the meeting agenda. The vote came immediately after a private discussion where housing authority attorney Teddy Parker said at least one employee had leveled an allegation against executive director Chad Williams, Commissioners Theresa Davis and Cheryl Davis both said.

Details about the complaint were not discussed during the closed-door meeting, but housing authority employee Martha Floyd — who spearheaded a petition asking commissioners to keep Williams on the job during the investigation — said she and other employees created the document in early March after she said she learned Williams faced allegations of sexual harassment from one of his secretaries and age discrimination from another secretary.

“It’s a fishing expedition,” Floyd said of the investigation. “If they had any documents to substantiate the allegations, it would have been done by now.”

Williams was previously accused of sexual harassment in 2014, while serving as a board member for The Nonprofit Roundtable of Greater Washington in Washington D.C. Williams has said that an investigation launched by the nonprofit coalition discredited the claims.

Williams said last week that he would not answer questions regarding the housing authority’s ongoing investigation until it was complete.

“I think if you wait a few weeks you’ll get a full picture,” he said. “Because I know all of the facts, I think it would be irresponsible for you to take one side.”

The two secretaries and their lawyer, Las Vegas labor attorney Tony Golden, declined to comment on the allegations.

“It’s so they can do their work without anyone trying to improperly direct or misdirect them,” Parker said. “We want them to get their work done as efficiently and objectively and unbiasedly as possible.”

But Cheryl Davis said she’s concerned commissioners also have not received that information.

“I don’t have any background on this company,” she said. “We don’t know their credibility, how successful that they are.”

The agency employs about 250 people, has a $155 million annual budget and provides affordable housing to more than 30,000 low-income Clark County residents.

Floyd, a resident program coordinator, said the new executive director is the best leadership the housing authority has had since it was created in 2010 by consolidating three smaller housing authorities in the Las Vegas Valley.

“From the time we merged it seemed the management style was one of belittlement, one of intimidation, and that’s not his style at all,” she said. “He tries to build the employees up.”

More than 130 housing authority employees have signed Floyd’s petition to keep Williams in his position during the investigation, according to a copy obtained by the Review-Journal, which was read into the record at the March 21 public meeting.

“An individual is innocent until proven guilty, and removing him at this time would be a disservice and a detriment to this agency,” Floyd said during the meeting.

Commission Chairman Scott Black declined to comment on the ongoing investigation and would not confirm whether it involved Williams. But with less than two months before Williams’ first annual performance review is due, Black praised the new executive director.

“As far as his performance to the agency, I think he’s done well,” Black said. “He puts a lot of effort into his job.”

Despite both having work-assigned cellphones, Williams and the secretary identified as accusing him of sexual harassment frequently used their personal cellphones to communicate during and after work, copies of the secretary’s phone records obtained by the Review-Journal show.

The two exchanged more than 3,700 texts on their personal cellphones from September through mid-January. About 180 texts were sent between 9 p.m. and 6 a.m., well outside the housing authority’s business hours.

On Jan. 8, Williams and the secretary texted each other more than 200 times during business hours. While the phone records do not show the contents of the messages, they raised concerns with Commissioner Theresa Davis.

“I just don’t believe anybody has to text anyone in that magnitude on a day-to-day basis, even in a business aspect,” she said. “If you’re in the same office why can’t you walk over from your office to the other person’s office and ask what the question is? Why text?” 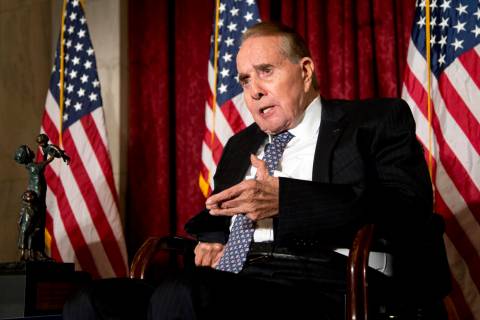