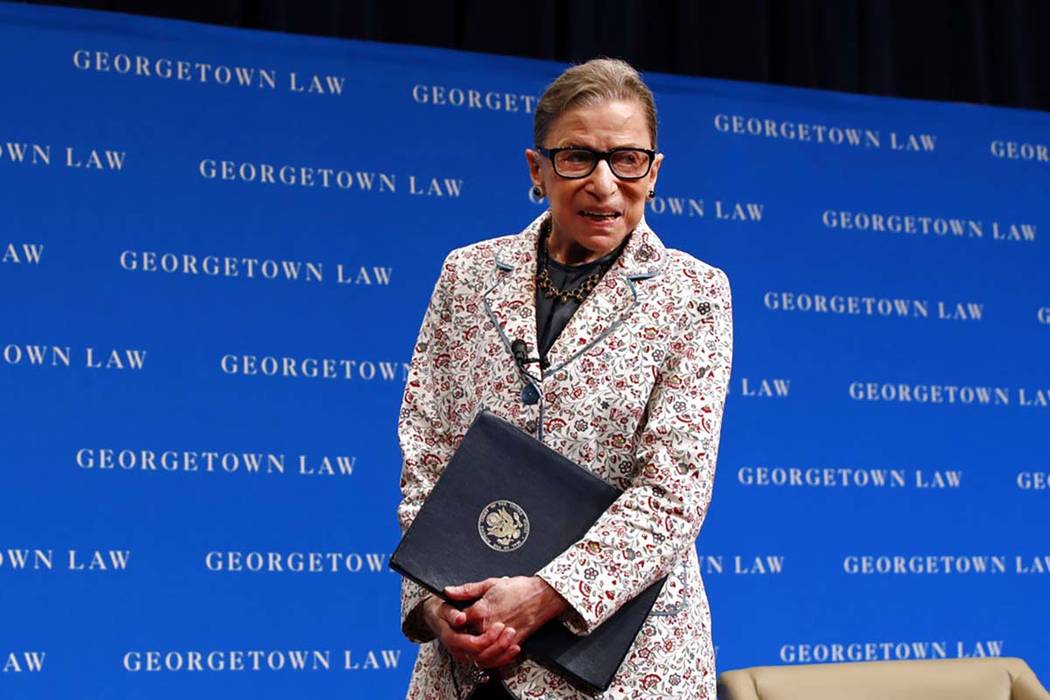 WASHINGTON — Eighty-five-year-old Supreme Court Justice Ruth Bader Ginsburg fractured three ribs in a fall in her office at the court and is in the hospital, the court said Thursday.

She was admitted to the hospital for treatment and observation after tests showed she fractured three ribs.

In her absence, the court was going ahead Thursday with a courtroom ceremony welcoming new Justice Brett Kavanaugh, who joined the court last month. President Donald Trump and new acting Attorney General Matthew Whitaker were expected to attend.

Ginsburg has had a series of health problems. She broke two ribs in a fall in 2012. She has had two prior bouts with cancer and had a stent implanted to open a blocked artery in 2014. She also was hospitalized after a bad reaction to medicine in 2009.

Appointed by President Bill Clinton in 1993, Ginsburg rebuffed suggestions from some liberals that she should step down in the first two years of President Barack Obama’s second term, when Democrats also controlled the Senate and would have been likely to confirm her successor.

She already has hired clerks for the term that extends into 2020, indicating she has no plans to retire.