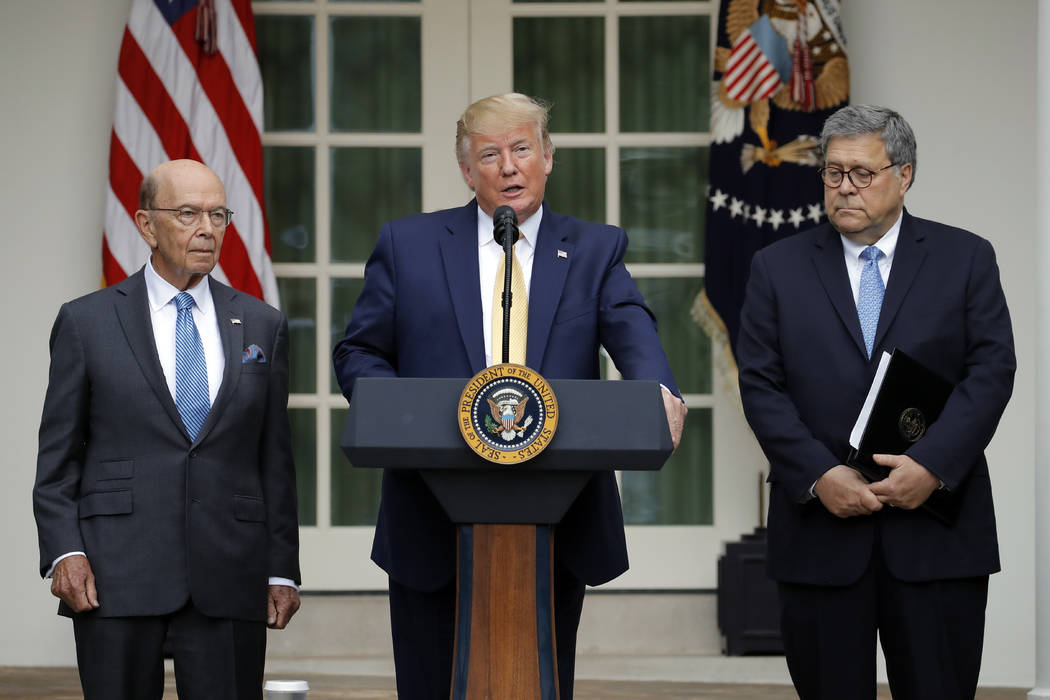 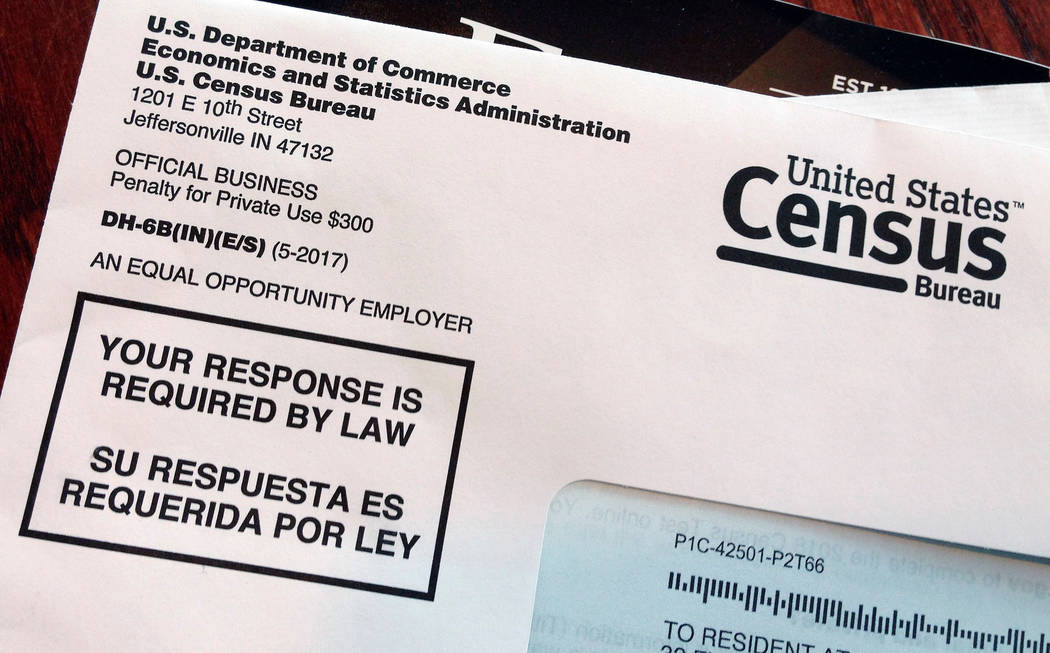 An envelope containing a 2018 census letter mailed to a U.S. resident as part of the nation's only test run of the 2020 Census. (Michelle R. Smith/AP, File)

WASHINGTON — President Donald Trump walked into the Rose Garden Thursday evening and asked what he considered a simple question, “Are you a citizen of the United States of America?”

Flanked at the podium by Attorney General William Barr and Commerce Secretary Wilbur Ross, Trump declared that others are trying to erase the concept of citizenship, but, “we are not backing down on our effort to determine the citizenship status of the United States population.”

It was a face-saving way to retreat in his quest to include a citizenship question in the 2020 census, before an audience of conservative social media activists and supporters of border security seated before him. While Trump had announced the session on Twitter as a “news conference” at daybreak, he did not take reporters’ questions after igniting media interest.

Rather than insisting that the Census Bureau include a citizenship question in the census, Trump said he would sign an executive order to put a new plan into effect immediately.

He ordered “every department and agency in the federal government to provide the Department of Commerce” with data that could serve as a proxy to a census question. The new system, Trump offered, could be more accurate than the question alone.

Trump’s resolve unraveled after last month’s U.S. Supreme Court ruling that blocked inclusion of the citizenship question, because as Chief Justice John Roberts wrote for the majority, Commerce Secretary Wilbur Ross’s rationale for including the query “seems to have been contrived.”

Barr declared his belief that a new question would pass muster in the U.S. Supreme Court despite a June ruling that blocked the question in the 2020 census, as there was not enough time to navigate through the legal obstacle course that surely would delay the process.

“As the Supreme Court recognized, it would be perfectly lawful for the federal government to ask on the census whether individuals are citizens of the United States,” Barr asserted.

“The impediment was a logistical impediment, not legal,” Barr later added.

That claim did not prevent Dale Ho, director of the ACLU’s Voting Rights Project, from declaring victory: “Trump’s attempt to weaponize the census ends not with a bang but a whimper.”

“He lost in the Supreme Court, which saw through his lie about needing the question for the Voting Rights Act,” Ho said of the 5-4 ruling, in which Chief Justice John Roberts took issue with Ross’ claim that he included the citizenship question solely to help the Department of Justice enforce the Voting Rights Act. “It is clear he simply wanted to sow fear in immigrant communities and turbocharge Republican gerrymandering efforts by diluting the political influence of Latino communities.”

The event put an end to a detour that Trump engineered after Ross issued a statement on July 2 that, in light of the ruling, the Census Bureau would not include the question in the forms it was printing. Trump declared stories that reported Ross’ statement as “FAKE!” and maintained that the federal government would indeed include the question.

“President Trump is so intent on intimidating communities of color that even when the courts and rule of law thwart him, he still tries to persist in his ham-handed ways. The president’s retreat on adding the misguided citizen question to the census was long overdue and is a significant victory for democracy and fair representation,” said Schumer.

The ACLU’s Ho added, “When the details of Trump’s new plan to compile citizenship data outside of the census come out —and his plans for using that data — we will scrutinize them closely and assess their legality.”

The U.S. Constitution requires a decennial census, which is used to allocate federal funds and to draw congressional districts. Under federal law the census must begin on April 1, 2020.

Every U.S. census between 1850 and 2000 has asked some respondents about their citizenship or place of birth. During the last census in 2010, the citizenship question was moved to a more select survey of a small sample of households.

The morning tweet announcing the “news conference” highlighted Trump’s love of the surprise maneuver. He said the news conference would follow his “very important Social Media Summit” — at which conservatives would take on Twitter, Facebook and Google for their alleged liberal bias — in the East Room.