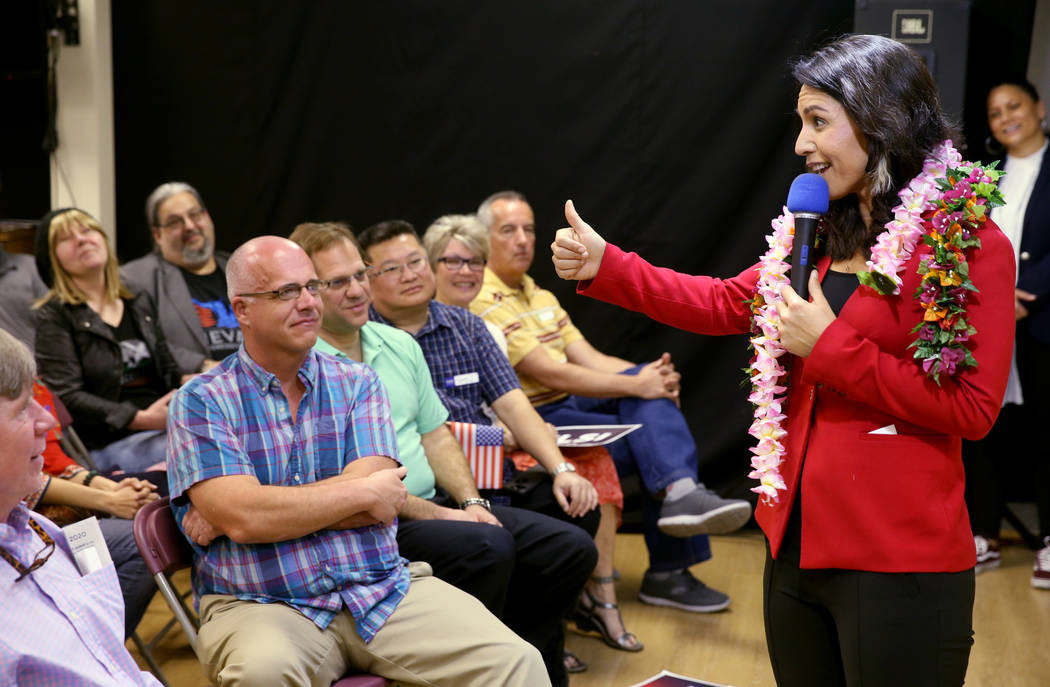 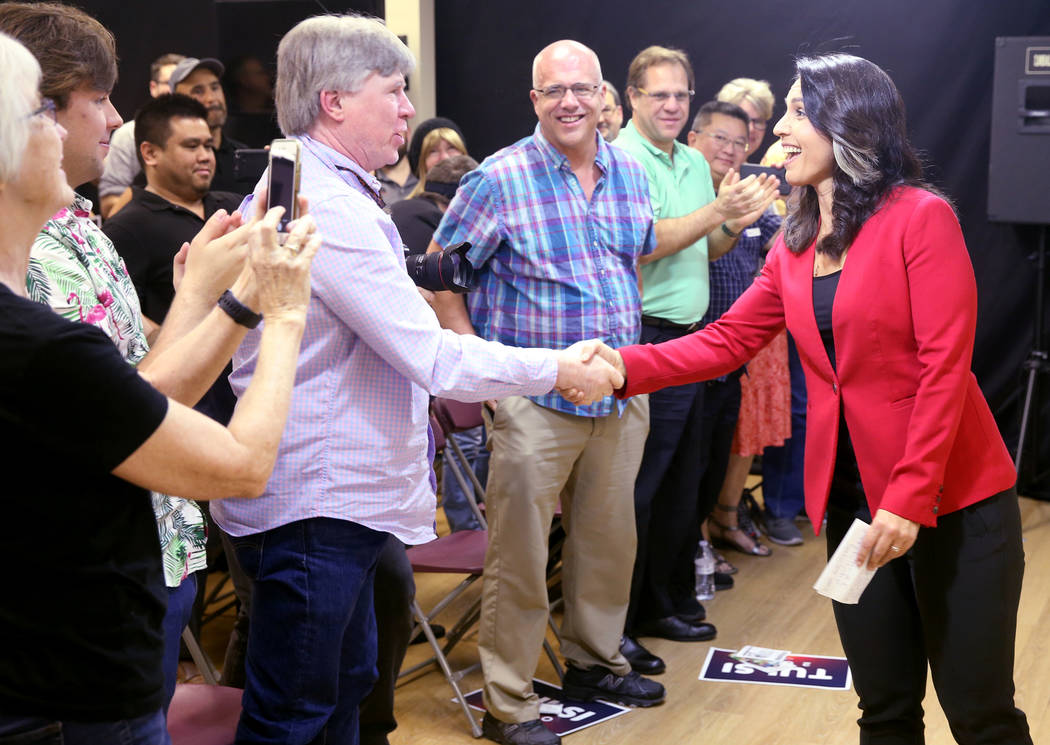 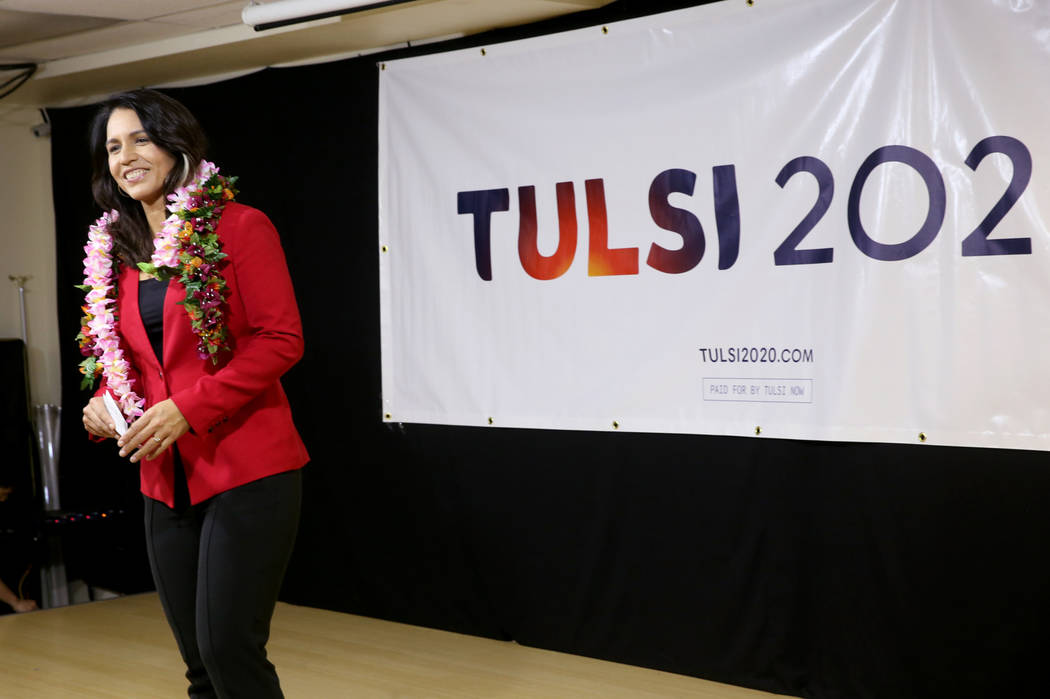 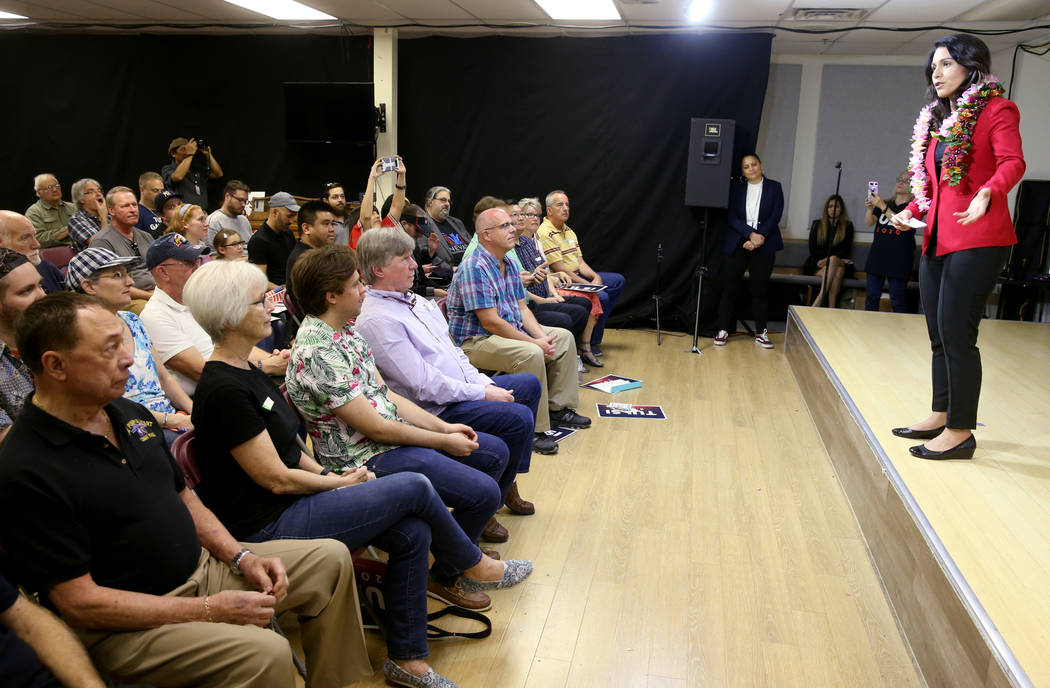 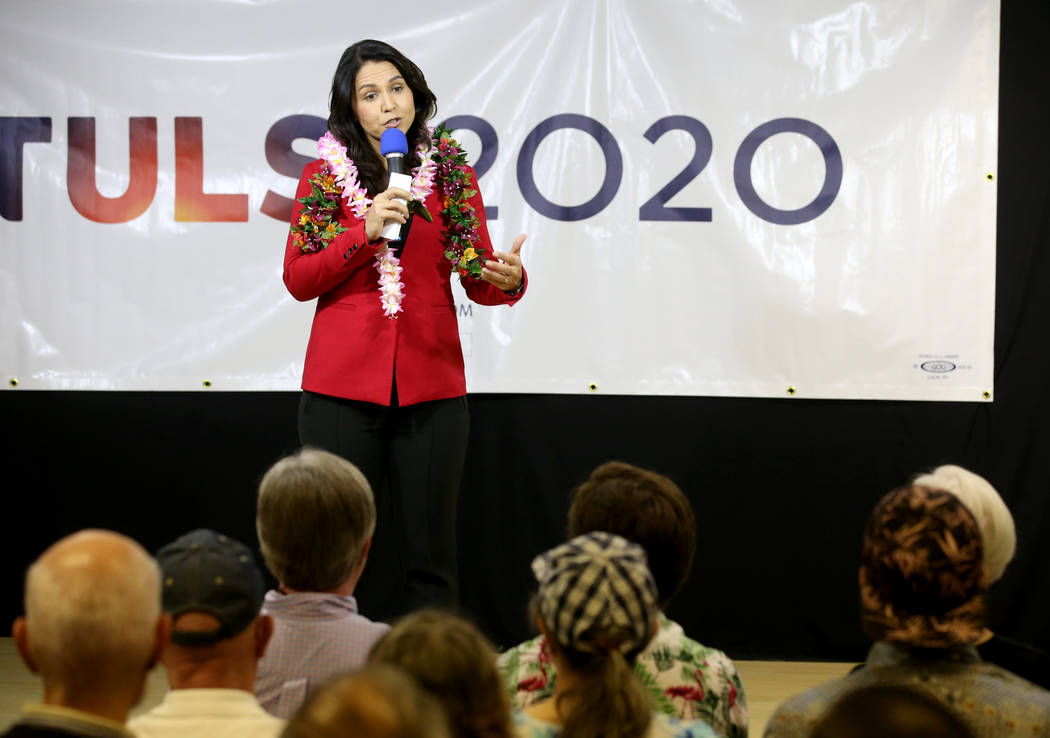 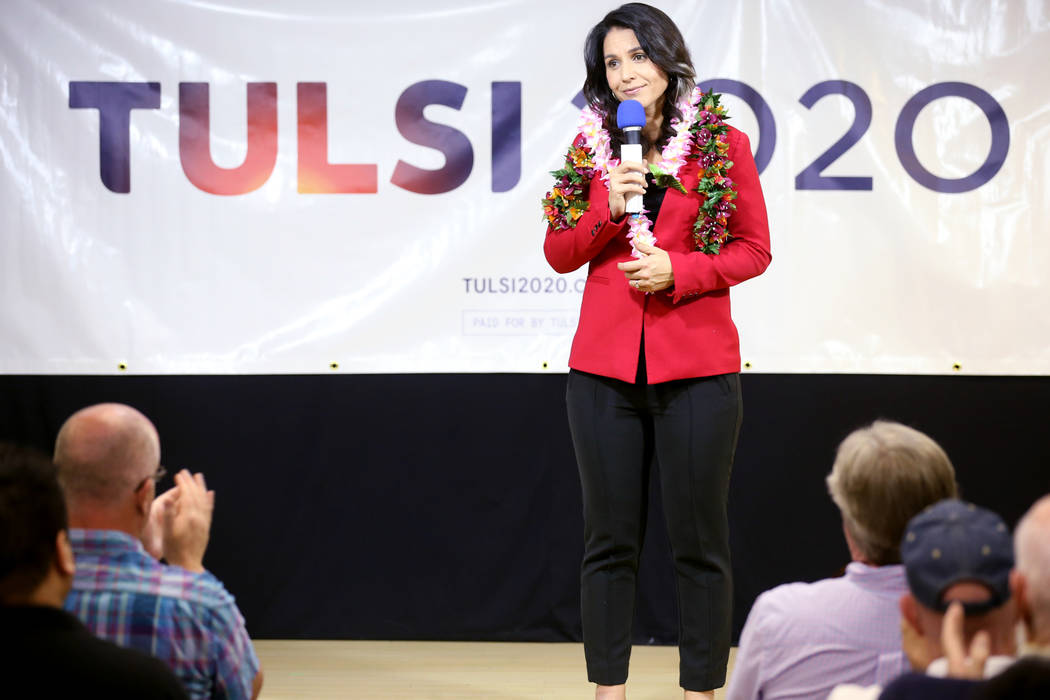 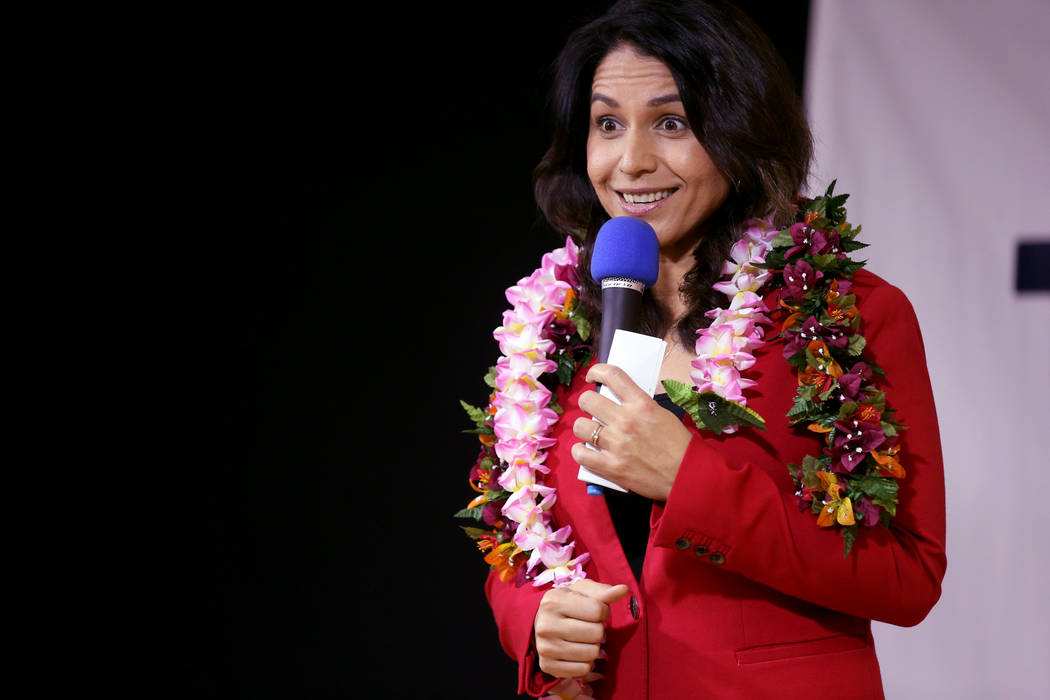 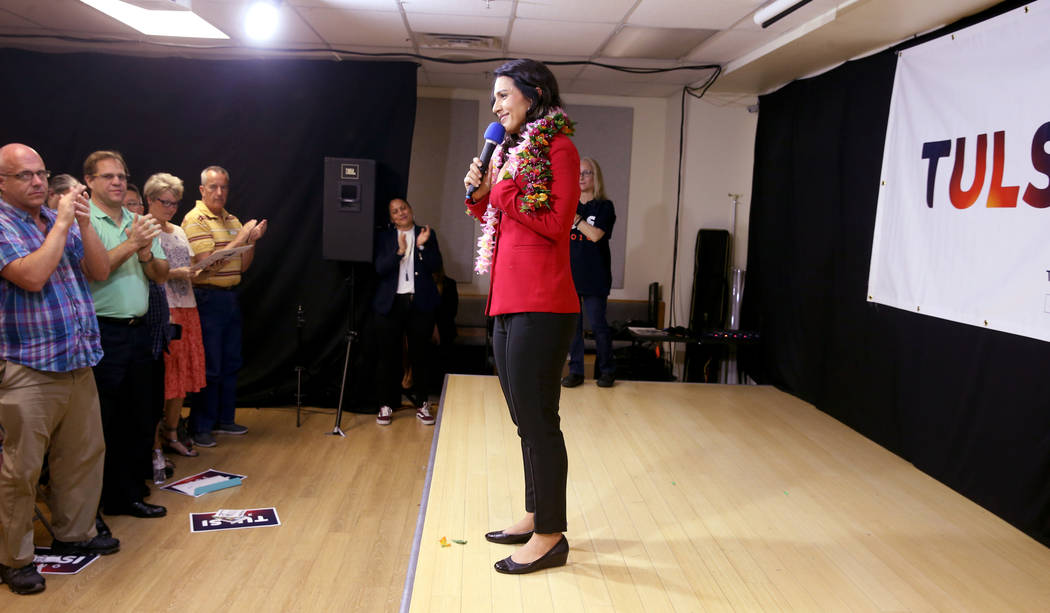 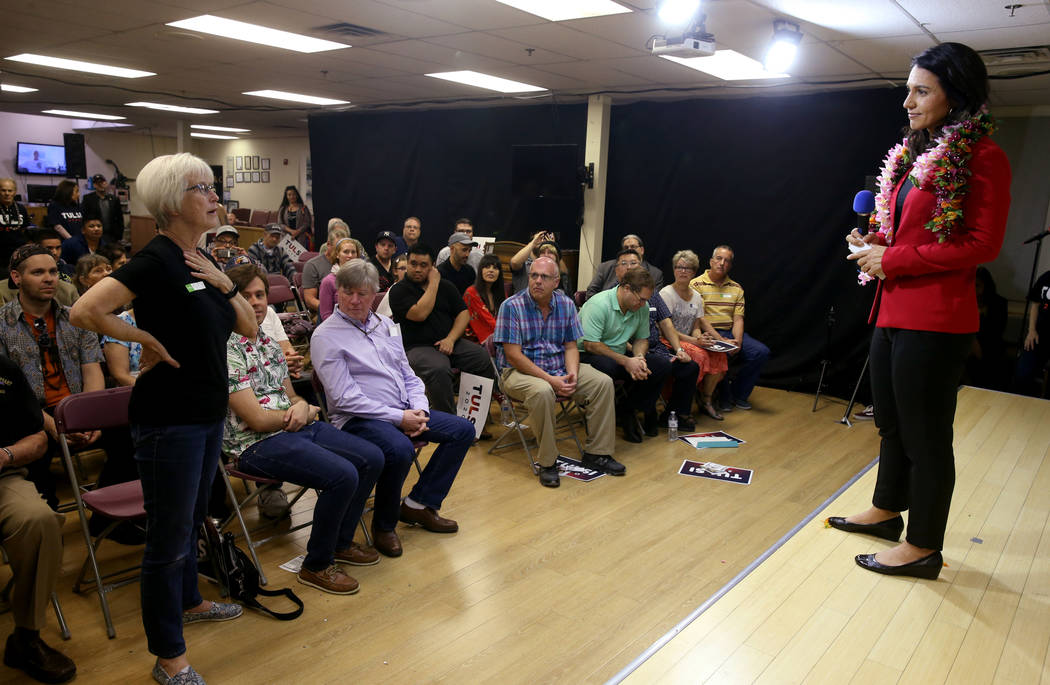 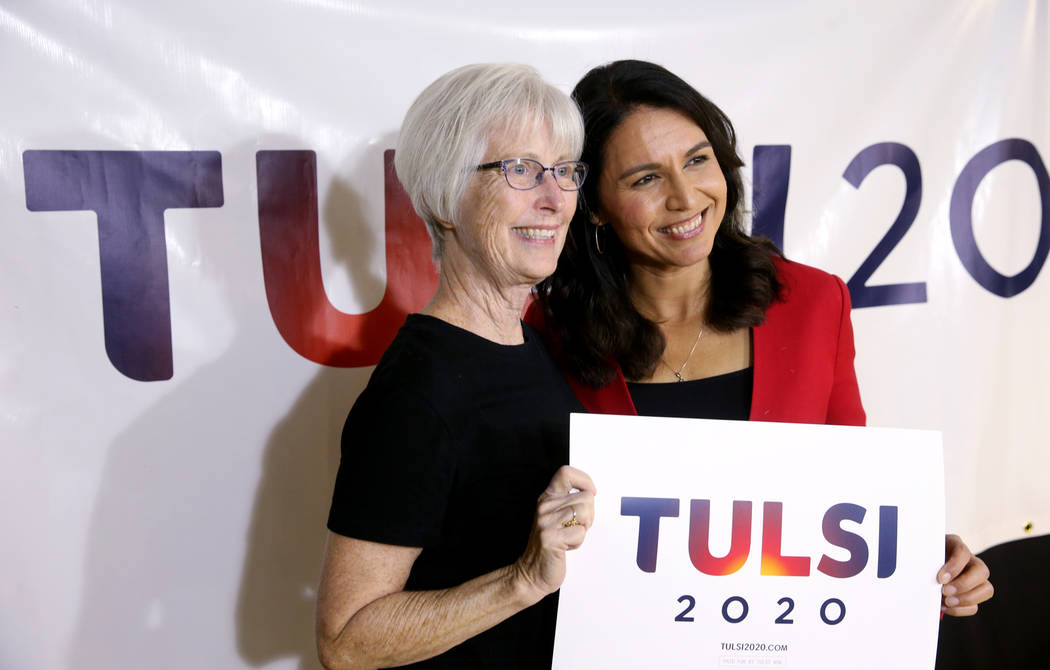 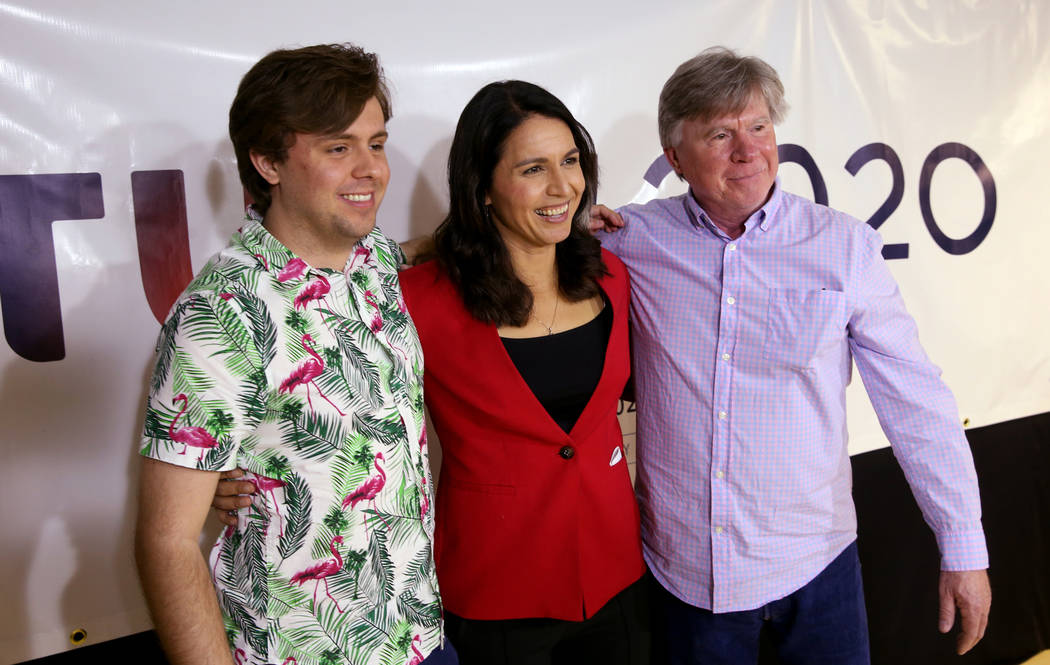 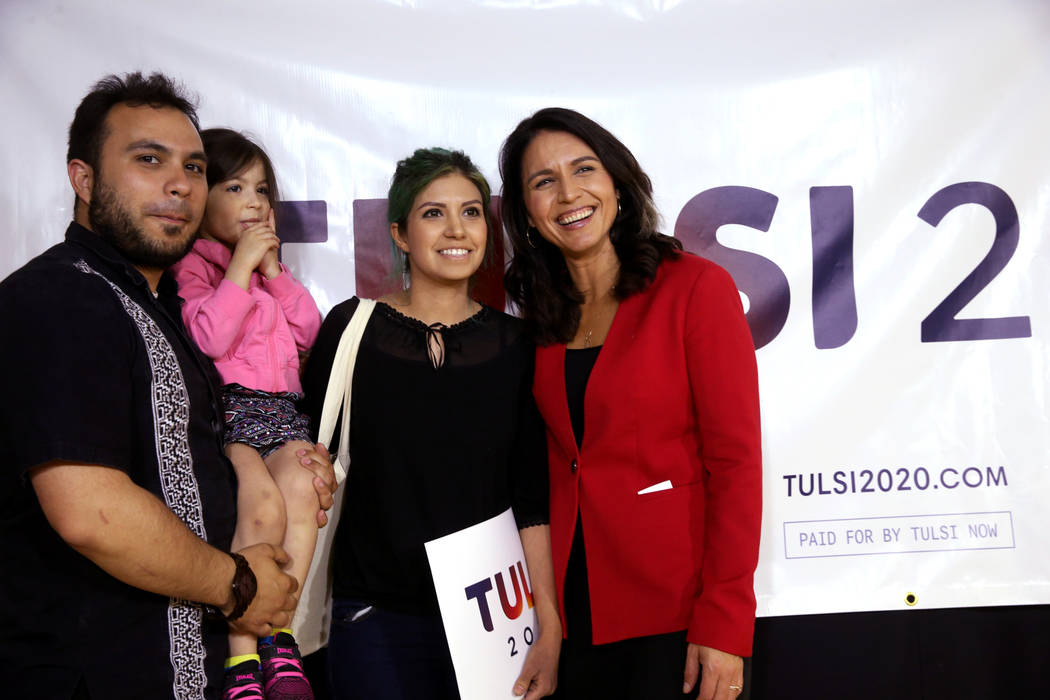 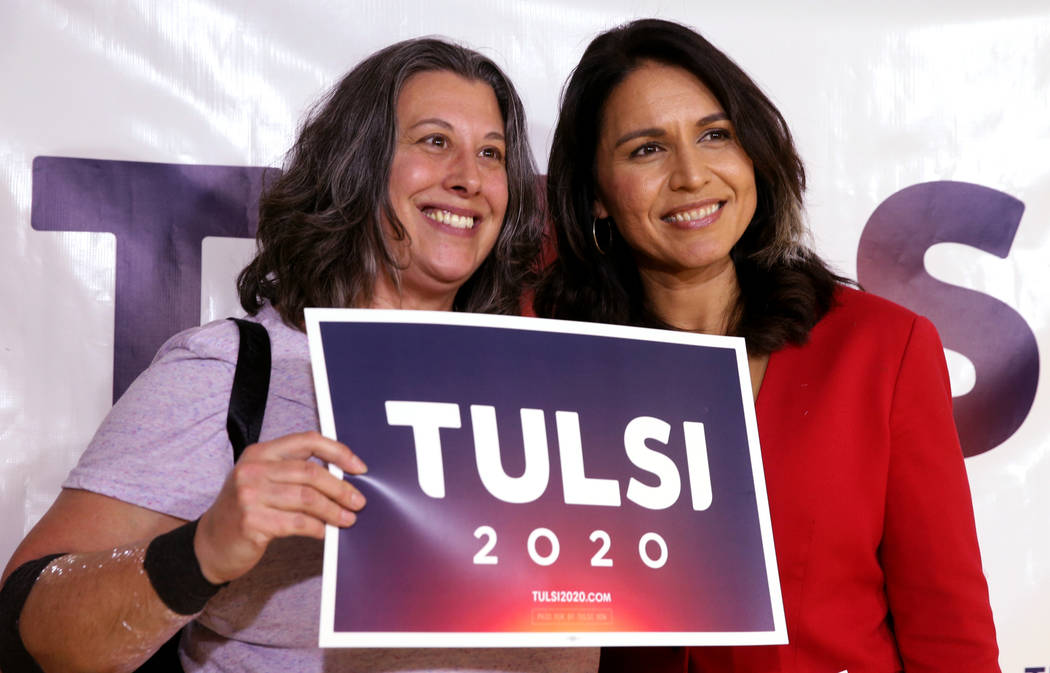 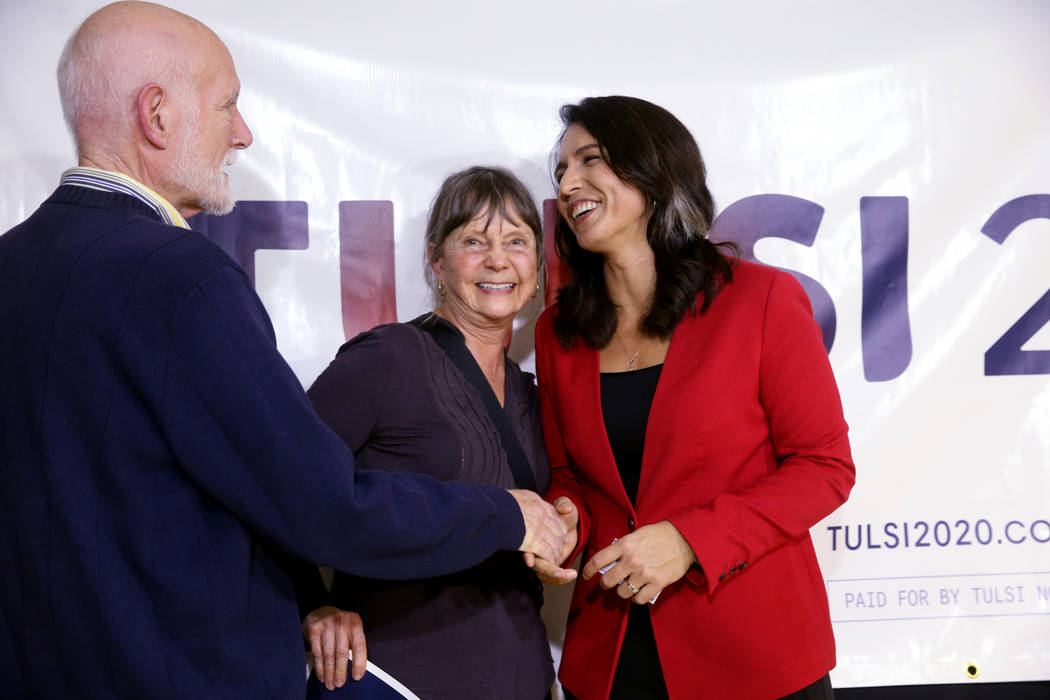 U.S. Rep. Tulsi Gabbard on Monday called for a “movement of peace,” describing a future in which the U.S. refrains from ill-conceived “regime-change wars” abroad and instead invests trillions of dollars into causes at home.

Gabbard, the Democratic lawmaker and presidential candidate from Hawaii, spoke to about 60 people at the Asian Culture Center in downtown Las Vegas. She painted a dark portrait of national politics, or a “corruption of spirit,” in which politicians and special interest groups benefited from keeping Americans divided.

But, she said in her speech, ordinary citizens are capable of overcoming any obstacle when they stand together, “knowing that the power is in our hands to make the change that we need to see.”

“The obstacles are great. The challenges sometimes seem too difficult to overcome, but we only have to look to our country’s history to see the path forward,” she said.

Gabbard said the challenges facing the country include addressing the changing climate, a broken criminal justice system, poverty, an addiction to fossil fuels and access to health care. Gabbard supports “Medicare for All.”

Declaring the war on drugs a failure, she also called for federal decriminalization of marijuana.

Countering arguments that there isn’t enough money to address those problems, Gabbard said that a solution is to shy away from unnecessary and expensive wars.

On the border, she called for cooperation. Gabbard said the U.S.-Mexico line should be secured through technology and creativity, not a wall.

Gabbard, 37, who was first elected to the Hawaii House of Representatives in 2002, did not hold back on criticizing her own party, either.

While she criticized President Donald Trump for withdrawing from the Intermediate-Range Nuclear Forces Treaty signed with the Soviet Union near the end of the Cold War, Gabbard blamed Democratic and Republican leaders for appearing to be more interested in escalating tensions.

She cited a false text message alert sent to Hawaiians last year that warned of an incoming missile, and the subsequent panic it caused, as a sign that “this threat is real.”

A National Guard member for nearly 15 years who has been deployed twice to the Middle East, Gabbard said her experience serving on the armed services and foreign affairs committees in Congress make her qualified to be commander in chief.