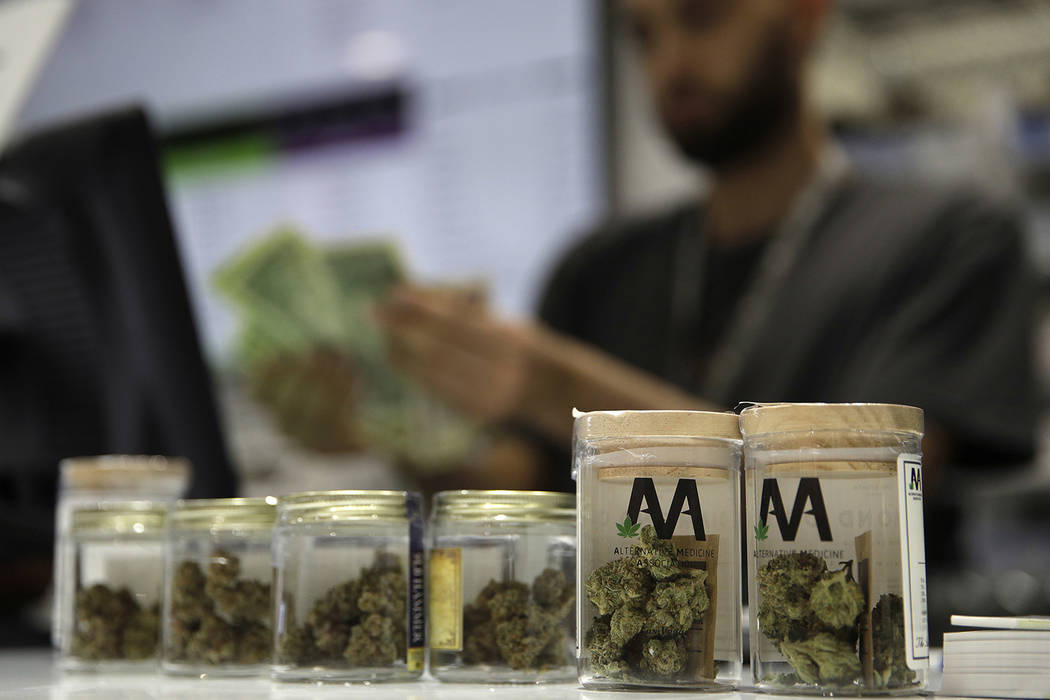 A cashier rings up a marijuana sale at the Essence cannabis dispensary in Las Vegas in July 2017. (AP Photo/John Locher)

A proposal to block recreational-only marijuana stores from opening in unincorporated Clark County drew a tepid response from some county commissioners Tuesday.

Commissioner Susan Brager doesn’t want that to happen. On Tuesday she directed county staff to draft an ordinance that would require local stores to sell both recreational and medical versions of the drug.

“In my district, you don’t need to drive more than five minutes to get to a dispensary,” she said. “I think we’re meeting the needs of everyone.”

Other commissioners said they don’t see a need to rush forward before the state has a better idea of when and where it will issue more recreational licenses. County staff estimates 10 such licenses will be allocated to the unincorporated county, but those numbers are not official.

“We have an opportunity here to figure out what the state is doing, and then we could come back and have a full policy discussion,” Commissioner Marilyn Kirkpatrick said.

“I don’t see a need today to do anything, because nothing is going to happen until at least the state gives us an indication when they’re going to start their application process,” Commissioner Larry Brown said.

“We’re trying to presuppose what may come and what may not come when we don’t really know yet about what we want to argue on,” Commissioner Chris Giunchigliani said. “I don’t know what we’re trying to fix.”

Commissioners also heard from members of the marijuana industry.

Dr. Nick Spirtos, CEO of the Apothecary Shoppe, appeared to support Brager’s proposal. He said recreational-only stores would have far fewer expenses than ones like his.

“It’s about ensuring the medical marijuana market maintains its integrity,” he said. “It’s already shrunken to 10 percent of the market.”

“When we have less restrictive licensing, the black market cannot exist because it cannot compete with the pricing,” he said.